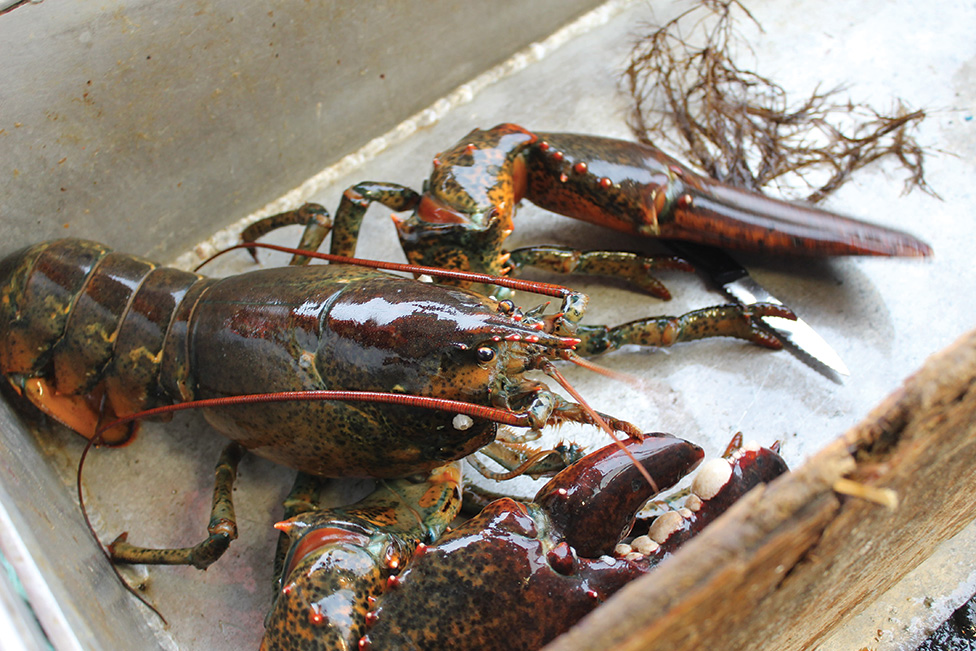 Bad weather, soft shells and low yields from LFA 34 landings, along with high prices, forced most processing plants in Nova Scotia to shut down by January 12 — with the exception of Riverside Lobsters International located in Meteghan River.

Adding to mix was the fact the Chinese market for lobsters was down 30 per cent from last year due to high prices.

In New England, most fishermen pulled up their gear in January which led to a lack of product.

One fallout from high prices was that some restaurants pulled lobster from their menu. As prices continue to rise, more restaurants will probably follow.

The quality problem in LFA 34 has led the provincial government to undertake a lobster quality initiative involving three Nova Scotia processors and Tmall-Alibaba, an online retail company in China.

The pilot project will attempt to set a premium quality standard for exported Nova Scotia lobsters.

These three companies are committed to sending 300,000 quality certified lobsters as the beginning of a long-term quality program.

To reduce mortality issues associated with long-haul export, variable quality and handling issues, Perennia — a not for profit corporation with expertise in food quality and safety — has been asked to put a strict quality certification procedure in place.

This will include a quality standard manual, a training program and regular audits at participating export plants in Nova Scotia and at receiver sites in China.

In 2015, $113-million worth of Nova Scotia lobsters were exported to China. Overall seafood exports were worth $210 million.

On Feb. 15, the Canada-EU free trade deal was approved by the European Parliament. The vote was 408-254, with 33 abstentions.

This was a major hurdle for the deal, which was begun by the Harper government eight years ago.

With Canada’s Parliament due to ratify the deal, 90 per cent of it would come into effect right away.

Under provisional application, this can happen without the ratification of the EU’s 28 member countries and various regional governments.

Prime Minister Justin Trudeau was in Europe for the event. He said it was an illustration that when “you put forward a progressive trade deal that takes into account the responsibilities of governments to create middle-class jobs, create inclusive growth for everyone that focus on the middle class, we can move forward on globalization.”

It would remove tariffs on seafood products like lobster, crab and groundfish.

The deal comes amidst wide-spread distaste for these global deals because it is felt they only pander to the very few — which is why President Donald Trump is so against them, vowing to make NAFTA more attuned to the needs of the common American worker.

Prime Minister Trudeau said Canada was in a unique position to show that “trade is good for people and we’re going to make that case across the world.”

The prime minister met with President Trump prior to his trip to France. He said the two were seeking common ground to help the middle classes in their two countries prosper.

Over 38 states in the U.S. have Canada as their main market and trade between both countries under NAFTA is about even, if you remove the shipment of oil and gas from the equation.

Changes to the deal come due to President Trump’s insistence. But the President did say at the conclusion with his meeting with the Prime Minister that he only wanted a few tweaks in an upgraded NAFTA.

As far as Nova Scotia is concerned, the United States needs the fish because local production cannot meet the demand.

You Say Crustacean, I Say Lobster