Eastlink is suing the owner of a Newfoundland vessel after its subsea fibre-optic cable was snapped last July.

An arrest warrant has been issued after another subsea telecommunication cable was broken last summer off the coast of Atlantic Canada.

In a statement of claim filed last month in federal court, Nova Scotia-headquartered Eastlink accuses the vessel Oceans Joy of damaging its cable, costing the company nearly $1 million in repairs.

It was at least the fourth time an underwater cable was snapped by a fishing vessel in the region since May 2013.

Eastlink says the total cost of damages was $972,696.72, according to its statement of claim.

Gray Aquaculture in St. Alban’s said the company will be harvesting salmon from Fucheaux Bay, on Newfoundland’s south coast this spring.

The company lost hundreds of thousands of fish in 2012-13 due to three infectious salmon anemia (ISA) cases and had to start rebuilding its stock in Faucheaux Bay, located west of McCallum in 2013.

Cooke Aqua, a company that is currently leasing a plant to process its own fish, will also process the salmon at the company’s processing plant in Hermitage. Gray Aqua currently has grow-out sites in Faucheaux Bay and Hare Bay on the province’s south coast, east of Francois.

This winter’s below-normal temperatures and stormy weather have cooled the waters in the Gulf of Maine. That means lobsters, which spend their winters in deeper waters offshore, will likely get a late start migrating to the coast and shedding their shells, experts said.

In January, water temperatures in the Gulf of Maine were near record highs. But cold weather in February chilled those waters. In Portland, the average monthly air temperature in February was 13.8 degrees — 11.7 degrees below normal. It was the coldest February since record keeping began at Portland’s airport in 1940.

In related news, Maine lobster landings were 123.6 million pounds in 2014 making this the first time in more than 100 years of records that landings have exceeded 100 million pounds four years in a row.

The overall value of the catch also set new record, driven by big year-over-year rise in the per pound price. The average boat price in Maine in 2014 was $3.69, vs. $2.90 in 2013. Total value was a record $456.9 million. Canadian catches also hit a record value, estimated to be $1.5 billion. A portion of Maine production was exported to Canada for reprocessing.

The 2014 Maine catch of 123.6 million was about 4 million pounds shy of the 2013 haul. This marked the third straight year that the Maine lobster fishery produced over 120 million pounds of landed volume. 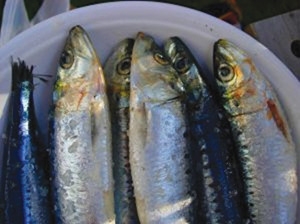 Connors Bros., Limited has confirmed it will not recall a second shift at its Blacks Harbour sardine plant this season.

The company blames a decline in the weir fishery and herring catch forecasts for 2015 for the decision. About 60 jobs will be impacted. But positions will be found elsewhere within the company for 40 of those people.

The second shift would normally be recalled at the beginning of June. 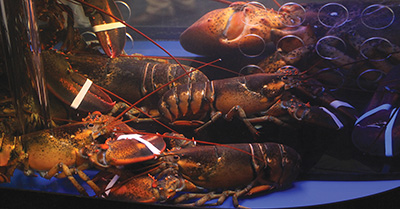 This will preserve more than 110 jobs in Kent County, reports the co-op.

IFCA currently operates one of the largest shrimp and crab plants in Lamèque, New Brunswick, and specializes in packing premium cold water shrimp. The purchase of a lobster plant represents a significant expansion of its business. It is also represented by a strong marketing group, White Cap, which will now expand its lobster offerings as well.

The Co-op plans improvements to the existing facilities in the medium term, enhancing the plant’s performance in order to accommodate larger quantities of seafood. The new owners also want to implement certification processes which have contributed to the success of its products on global markets.

The lobster fishery on the Gaspé Peninsula has achieved certification against the global, science-based Marine Stewardship Council (MSC) standard as a sustainable and well-managed fishery.

Following an independent assessment conducted by the conformity assessment body, SAI Global, lobster sourced from this fishery is now eligible to bear the blue MSC ecolabel.

The Gaspésie fishery is represented by client group, the Regroupement des pêcheurs professionnels du sud de la Gaspésie (RPPSG), and is managed by Canada’s Department of Fisheries and Oceans (DFO), Quebec Region. The fishery incorporates 163 license holders accounting for all of the current commercial lobster harvesters in the area.

Clearwater reported record sales and adjusted EBITDA of $C 444.7 million and $87.4 million respectively versus 2013 comparative figures of $388.7 million and $79.1 million.

The 14 per cent and 10 per cent growth in sales and adjusted EBITDA, respectively, was driven by strong market demand that provided higher sales prices for the majority of Clearwater’s species as well as strengthening foreign exchange rates for the U.S. dollar and the Euro against the Canadian dollar. These higher foreign exchange rates had a $20.7 million positive impact on sales and gross margin in 2014. 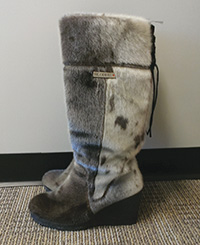 Greenland’s representatives in the Danish Parliament say they are ready to block EU efforts to become a permanent observer of the Arctic Council if Brussels does not alter its stance towards seal hunting.

“We’ve read the European Commission’s latest proposal. We interpret it as a further erosion of Greenland’s ability to export sealskin, which is something we of course can’t accept,” said Johan Lund Olsen, one of two of Greenland’s elected representatives in the Folketing.

The revision of the EU ban on imports of seal products was put forward earlier this month by the European Commission. The changes were made after the WTO expressed its concern with parts of the ban, including its so-called Inuit exemption, allowing indigenous hunters to continue to export sealskin to Europe.

In response to the WTO ruling, which addressed a Canadian and Norwegian complaint, Brussels has proposed altering the wording of the ban in order to be able to establish limits on the amount of sealskin that can be imported.

The measure is intended as a way to ensure that the exemption, meant as a way to support subsistence hunters, is not exploited in order to conduct commercial hunting.

William Newell of Summerville has been convicted of two counts of violating the Atlantic Fishery Regulations.

Newell was convicted in Clarenville Provincial Court on January 21, 2015 and fined $1,500 for unlawfully using a vessel that was not authorized by a license, and was also fined $500 for using a vessel for which no registration card had been issued.

Savoury was convicted on November 25, 2014 in Head Bay D’Espoir Provincial Court for fishing mackerel without a licence. He was fined $1,000 to be paid within 12 months. Savory was also ordered to forfeit a 15-horsepower Mariner Motor valued at $700.

Hollett was convicted December 10, 2014 in Harbour Grace Provincial Court for failing to release incidental catch of one Atlantic salmon and one Atlantic trout during the 2014 Mackerel Fishery. He was fined $1,000 to be paid in six months. The charges stem from separate incidents.

Roland Smith of Chance Cove was convicted of failing to comply with a condition of his licence by offloading catch without being authorized by a dockside observer or dockside monitoring company.

Hank Clarke of Cottrell’s Cove has been convicted for fishing seals with full metal jacket ammunition.

Clark was convicted in Grand Falls – Windsor Provincial Court on January 6, 2015 and fined $1,000 to be paid within six months. The offence is a violation under the Marine Mammal Regulations.

Rodney Baggs of Twillingate has been fined for failing to fully complete a fishing log on a daily basis.

Baggs was convicted on December 15, 2014 in Gander Provincial court for violating Fishery (General) Regulations and was fined $4,000 to be paid within one year. He was also ordered to increase Vessel Monitoring System (VMS) reporting frequency to report a position every 15 minutes for one year on any vessel he is fishing.

In February, two individuals have been found guilty for violating their crab fishing license conditions, contrary to the Fishery (General) Regulations.

Tony Mouland of Musgrave Harbour was fine $2,500 and Keith Pittman of Deer Lake was fined $5,000.

King was convicted in Clarenville Provincial Court on October 2, 2014 and fined $1,500 for violating the Atlantic Fisheries Regulations.

Carman Frampton of Burin, Byron Monk of Monkstown and Bennett Butler of Bonavista have been found guilty of violating conditions of their snow crab licences.

Frampton was convicted in Grand Bank Provincial Court on November 26, 2014 for unlawfully operating fishing gear marked with a Vessel Registration Number not set out in his licence $1,000 fine with six months to pay

Monk was convicted in Grand Bank Provincial Court on November 26, 2014 for unlawfully operating fishing gear marked with a Vessel Registration Number not set out in his licence. He was fined $1,000 to be paid within six months.

Butler was convicted in Clarenville Provincial Court on November 20, 2014 for fishing inside the Inshore Conservation Exclusion Zone in Bonavista Bay. He was fined $2,000 to be paid immediately. The charges stem from separate incidents.

We’d Have Been Better Off Staying Home - Part II