Column | On The Waterfront

All 31 crew members of the Atlantic Destiny, Ocean Choice’s offshore trawler that issued a mayday on March 2 reporting a fire onboard, were safely transferred from the vessel before it later sank on March 3. 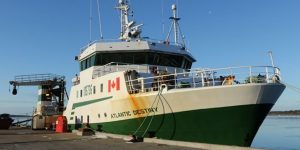 The fire onboard the vessel was extinguished and all 31 crew members were reported safe and accounted for. A total of 28 crew members were safely taken via helicopter to Yarmouth where they received medical attention, food and accommodations. At approximately 8 a.m. on March 3, the final crew members and two search and rescue technicians, who stayed with the remaining crew, were safely transferred from the vessel via the Canadian Coast Guard vessel, Cape Roger.

Later, at approximately noon, Ocean Choice received notice from the Joint Rescue Coordination Centre that the Atlantic Destiny had succumbed to damages sustained on the evening of March 2 and the vessel had sunk.

“The safety of our employees is our top priority. It is what matters most to us,” said Martin Sullivan, CEO of Ocean Choice. “Our hearts are with our crew and their families at this extremely stressful time. We are extremely grateful that there were no injuries resulting from the fire; and that all 32 crew members are returning safely to their families and loved ones.”

The Canadian and United States Coast Guards, as well as several offshore fishing vessels including the Cape LaHave, Maude Adams, Atlantic Preserver and the Atlantic Protector came to the aid of the crew.

“The collective efforts of our crew and all those who came to assist the crew and the vessel resulted in the best possible outcome for this situation,” said Blaine Sullivan, President, Ocean Choice. “We are sincerely thankful to everyone that helped ensure that every single crew member is safe and accounted for.”

Ocean Choice said it will work with the proper authorities and an investigation into the cause of the fire will commence over the coming days. At press time, the company is unsure of the extent of the damage of the vessel.

The Atlantic Destiny is one of Ocean Choice’s six offshore fishing vessels. The vessel harvests frozen-at-sea scallops and Riverport, Nova Scotia is the port of call for the vessel. At the time of the incident the vessel was in the George’s Bank area.

The seafood processing sector in Newfoundland and Labrador has come together in one association.

The Association of Seafood Producers (ASP) and Seafood Processors of Newfoundland and Labrador (SPONL) have come together under the umbrella of ASP and now represents 25 members. The goal is to build a more effective single association to be the voice of the sector.

“This is an important milestone in building an improved, stronger industry trade association for the seafood processing sector,” says Derek Butler, Executive Director of ASP. 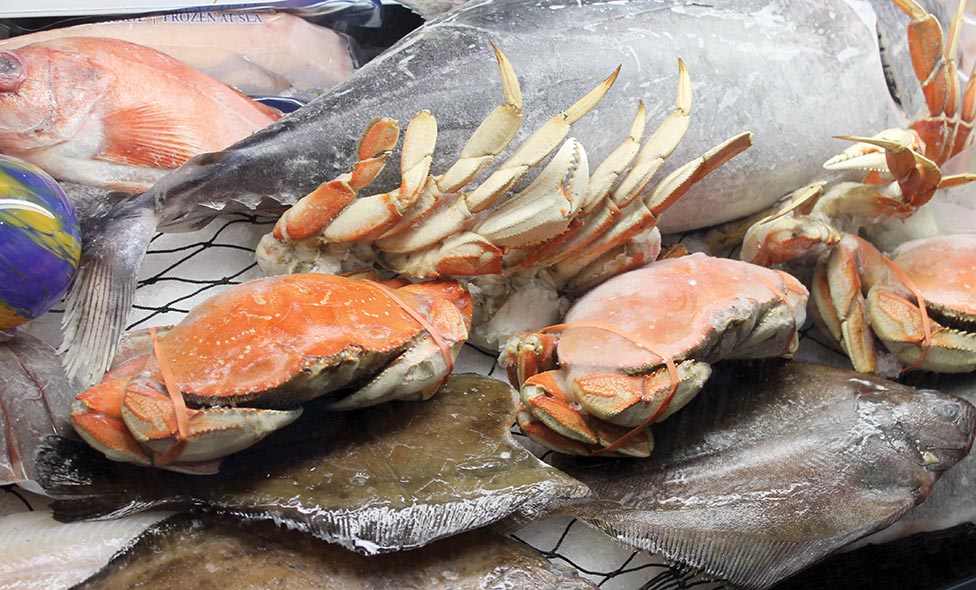 “Today’s news is good news and we can all get further by working together and that includes processors together with harvesters, with all levels of government and other stakeholders,” says Butler.

“Working together in 2020 around COVID proved the value of cooperation,” said Francis Littlejohn, formerly the SPONL Executive Director.

“The goal now is to contribute to a more cohesive voice for a united processing sector in this important industry.”

Littlejohn will join the staff of ASP and brings a wealth of industry experience to the table.

ASP members as of February 2021 now include:

On March 1, the Fish, Food and Allied Workers Union (FFAW-Unifor) launched a public relations advertising campaign to highlight what it calls the prevalence of corporate concentration and controlling agreements in Newfoundland and Labrador, which has undermined processing capacity, market development and rural economic development.

The video series will be released during the three-week campaign on the FFAW’s social media channels. The full series is also available on its website and can be viewed at www.ffaw.ca.

“Corporate concentration has been one of the biggest threats to the inshore fishery and our campaign will give important education about the scope of its impact to the sustainability of our fishery and coastal communities,” said FFAW-Unifor President Keith Sullivan.

In a press release, the union said the series will provide insight into how Newfoundland and Labrador’s inshore fishery is impacted by corporate concentration, the implication of controlling agreements and what the next provincial government can do to protect our coastal communities.

“These new federal regulations should also spur action at the provincial level. The FFAW has worked in collaboration with like-minded organizations in Canada for the past several years to see regulatory changes to be put in place that protect small-boat owner-operators. Consideration needs to be given to the investment by government in enforcing these new regulations that make controlling agreements illegal, not just a policy,” Sullivan added.

The whale, which is suspected to be the calf of a 19-year-old female named Infinity (#3230), was first sighted on January 17, 2021 off Amelia Island, Florida. According to Georgia DNR’s Wildlife Resources Division, the calf was Infinity’s first, at the time bringing the total of new whales this season to 12. Unfortunately, the dead calf was reported stranded along the Florida coast on February 13. 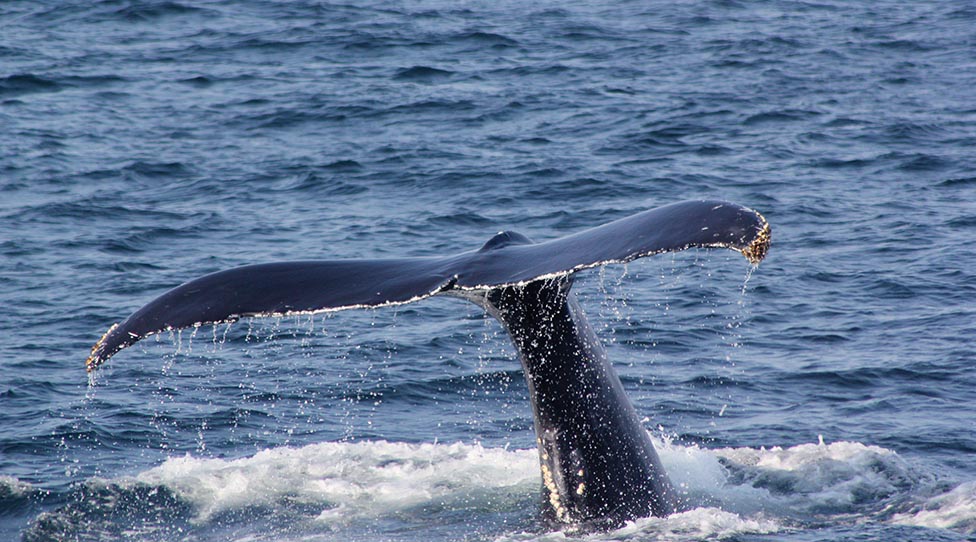 NOAA is planning to collaborate with their partners on a necropsy to determine the cause of death, as well as evaluate the calf’s overall health prior to its death.

Back in 2019, Fisheries and Oceans Canada announced a five-year, $128-million contract with PAL Aerospace-located in St. John’s to deliver a fleet of four surveillance craft.

With the aircraft, DFO explained fishery officers will be able to expand their range of operations, providing them with essential tools to combat illegal fishing and enhance Canada’s maritime security.

“Canada’s fishery officers perform a crucial service, helping to conserve and protect our country’s marine and coastal areas. Our government, along with PAL Aerospace, a Canadian-owned world leader in its field, are proud to equip our fishery officers with the resources they need to carry out their enforcement duties as effectively as possible. When we invest in environmental protections, we’re investing in our future,” said Bernadette Jordan, Minister of Fisheries, Oceans and the Canadian Coast Guard

The craft will also be used as the country looks to protect endangered whale species by monitoring the Gulf of St. Lawrence for compliance to management measures related to North Atlantic right whales.

“PAL Aerospace is privileged to work with the Department of Fisheries and Oceans (DFO) in introducing their new long-range surveillance aircraft in Canada. Since the beginning of PAL’s working relationship with DFO, we have always respected their commitment to delivering the best possible value for Canadian taxpayers through responsible program management and by supporting the development of valuable intellectual property/industrial capacity here in Canada. These new aircraft extend this proud tradition and enhance DFO’s enforcement and conservation leadership,” said Jake Trainor, Chief Executive Officer for the PAL Group of Companies.

The fleet will include two long-range maritime patrol aircrafts. When operational, the planes will fly out of three bases of operation: St. John’s, Newfoundland and Labrador; Halifax, Nova Scotia and a brand new facility in Campbell River, British Columbia.

The $7-million Dark Vessel Detection program uses satellite technology to locate and track vessels whose location transmitting devices have been switched off, sometimes in an attempt to evade monitoring, control and surveillance.

The program will provide state-of-the-art satellite data and analysis to small island nations and coastal states around the world where IUU fishing has a major impact on local economies, food security and the health of fish stocks. One major concern for our government is the impact IUU fishing has on food security, where fish resources of vulnerable coastal communities are threatened by the illegal fishing, affecting millions of people.

Identifying dark vessels from above will now allow these small island nations to focus their investigations and maximize their enforcement effort to protect their fish stocks.

Program partners include the Forum Fisheries Agency (which represents 15 small island nations in the Pacific region), and the Ecuadorian Maritime Authority, National Directorate of Aquatic Spaces (which is in charge of surveillance and control in the Ecuadorian maritime domain). In December 2020, Canadian and Ecuadorian officials signed a memorandum of understanding to formalize their partnership and enhance surveillance around the Galapagos Islands — a UNESCO World Heritage site.

The Dark Vessel Detection program is part of the $11.6 million in funding for Canada’s commitments to ocean health announced at the 2018 G7 ministerial meeting in Halifax, Nova Scotia.

The Fisheries Council of Canada (FCC) and the Canadian Aquaculture Industry Alliance (CAIA) said, in a press release, “the seafood industry is ready to lead with a continued commitment to sustainably capturing the potential of our oceans as we have done for hundreds of years. A rising tide lifts all boats.”

The engagement phase will be kicked off with a series of virtual roundtables hosted by Bernadette Jordan, Minister of Fisheries, Oceans and the Canadian Coast Guard featuring ocean innovators, academia, women and global leaders, and the fishing and aquaculture industries.

According to DFO, the website will be a place where Canadians can provide their input and thoughts on the Strategy.

“Canada’s blue economy should be second to none. That’s why we’re developing a strategy to make our ocean industries more sustainable, more productive and more prosperous. This is about creating more long-term opportunities for our coastal communities, by working with the ocean on its terms,” Jordan said.

Jordan’s office also shared that engagement will continue until June 15, 2021 with feedback helping to develop the Blue Economy Strategy. Back in July 2020, the Strategy was officially announced with the FCC and CAIA submitting their own version of the plan in October of that year.

In a joint release, the FCC and CAIA shared the government’s hopes of making Canada a leader in the global blue economy.

“The potential of Canada’s fish and seafood industry for long-term, sustainable job-creation will be paramount for Canada’s COVID-19 recovery and for Blue Economy development,” said Timothy Kennedy, CAIA President and CEO.

“Canada has yet to seize its seafood opportunity and this strategy development is a chance to frame and realize Canada’s outstanding Blue Economy promise.”

Egg to Harvest Solution to Bring Benefits to Aquaculture

Led from Newfoundland and Labrador and Nova Scotia, the $27-million project will bridge gaps between land, sea-based and processing operations that exist in the aquaculture industry today by providing real-time information, analytics and environmental connectivity to improve overall operations.

Through its development, the project will create 138 new jobs, including 20 at project implementation.

The innovative system developed and commercialized through the Integrated Operations and Real-Time Analytics Project will provide technology that will enable global control over operations, from egg to harvest, including feeding fish and monitoring of fish, equipment and personnel.

Through data exchange and collaboration between partners, the project will result in a suite of technologies that will enable game-changing capabilities in aquaculture and offshore marine operations as well as connectivity to the environment that is transformative for the region and its fishing and aquaculture industries.

The Integrated Operations and Real-Time Analytics Project, led by Grieg Seafood Newfoundland with its partners Innovasea, SubC Imaging, AKVA Group and High-Tech Communications, will enable companies to have complete control of operations in areas where this would not have been possible due to lack of connectivity.

Canada’s Ocean Supercluster is contributing close to $12 million to the project with $14.8 million coming from industry.

The project will benefit its partners, OSC members, industry and customers by allowing for better planning and decision making through:

Put the Fishery on the Political Agenda