Under the deal, Chez Nous’s owner Francois “Frankie” Benoit will retain a minority share in the company, which recorded about $38.5 million in annual sales in 2015.

“We have recently expanded our facilities and look forward to further growing the business with the opportunities that Thai Union’s global network will provide,” said Benoit. 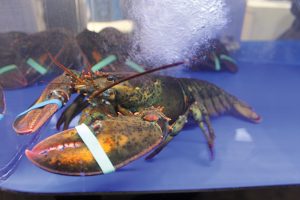 Chez Nous’s lobster operations are based in New Brunswick with a processing facility on the Gulf of St. Lawrence. The company employs up to 200 seasonal workers at the peak of the harvest season; has sourcing relationships with fishermen in Canada and Maine; and is an investor in a live lobster holding facility.

This is Thai Union’s second major move into the North American lobster industry since February 2015 when its subsidiary, Chicken of the Sea Frozen Foods, acquired the assets to Orion Seafood International.

“Thai Union’s vertical integration has been a key to our division’s success in the shrimp, tuna, and pasteurized crab categories,” said Chicken of the Sea Frozen Foods President and CEO Bryan Rosenberg. “We are excited about the growth possibilities of a similar relationship in North Atlantic lobster. The partnership between Thai Union and Chez Nous will bring additional expertise and transparency to our customers.”

“The Department of Agriculture and Fisheries is committed to supporting our primary food production industries. Over a short period of time, aquaculture has grown to be an extremely successful industry in Prince Edward Island and has proven to be very important to our rural economy,” McIsaac said.

“We are very happy that the provincial government continues to support the growing aquaculture sector,” said Matt Sullivan, Executive Director of the PEI Aquaculture Alliance. “Our industry truly values this support to continue efforts in research and development, and innovation, to maintain P.E.I.’s position as a globally recognized centre for sustainable and great tasting seafood.”

The aquaculture industry in Prince Edward Island contributes more than $80 million to the Island’s economy and employs more than 2,000 Islanders in the mussel, oyster, finfish and processing sectors.

No Extension for P.E.I. Lobster Fishermen

After extensive consultations, the Prince Edward Island Fishermen’s Association (PEIFA) did not apply for any season extensions for the spring lobster season in Lobster Fishing Areas (LFA) 24 or 26A.

PEIFA stated that the decision was reached by local lobster advisories which include representation from all harbours in these fishing areas.
Protection of the lobster resource is a primary objective of the PEIFA and the advisories. This was a significant factor in the decision not to proceed with an extension request. The season closed June 30.

RCMP officers confirmed that two fishermen died and another man was taken to hospital after a fishing boat capsized June 16 off the shore of a community in northern New Brunswick.

Police say the incident occurred early morning off the Miller Brook wharf near Salmon Beach, about 11 kilometres from Bathurst.

A 45-year-old Bathurst man and a 67-year-old man from Salmon Beach are reported to be victims of the accident. A 47-year-old Salmon Beach man was rescued and taken to hospital with hypothermia.

RCMP say it appears the lobster fishing gear was snarled at the bottom of the bay and a wave overturned the boat.

The drowning victims have been identified as 45-year-old Darren Cole and 67-year-old Garnet Dickson. 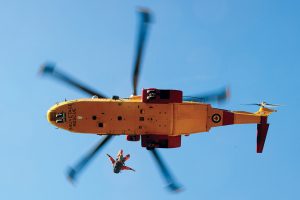 The Nunavut Research Institute is looking to hand out $2 million for projects focusing on marine safety in the territory.

This is the first time the research institute has issued a call for proposals for applied research, says Amanda Kilabuk, the coordinator for university studies at Nunavut Arctic College.

“Whether its technology projects or tools that kind of lead to an everyday practical application… we figured that this would be beneficial for Northerners,” Kilabuk said.

The institute recently partnered with Irving Shipbuilding Inc., which committed the money to NRI because of an obligation it has under a billion dollar shipbuilding contract with the Government of Canada to spend a small per cent of contract revenues with an aim of creating a sustainable marine industry across Canada, according to a press release.

Funding will be handed out over the course of five years.

Applicants have until Aug. 11 to submit their ideas.

The call for proposals covers a broad scope including research, new safety approaches for workers and hunters in the marine environment, new tools to respond to marine accidents and spill response readiness in the North. 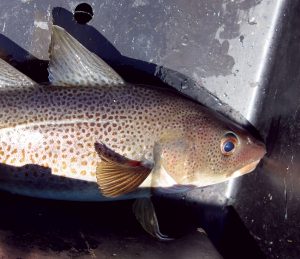 In the spring of 2015, the Fish, Food and Allied Workers Union and the World Wildlife Fund launched this FIP in partnership with the Fogo Island Co-op and the Seafood Producers of Newfoundland and Labrador.

The FIP includes a multi-step, multi-stakeholder process with the aim of improving fishing practices and management to establish the conditions to promote the 2J3KL cod stock to rebuild and either meet or exceed the Marine Stewardship Council standard for sustainable fisheries.

“Given the importance of 2J3KL cod to the fishing industry and rural communities Newfoundland and Labrador, the GIDC concluded that becoming an active partner in this improvement project was a logical next step in achieving their long-term sustainability objectives,” said Jim Baird, Independent Chairperson of the GIDC.

“Recent DFO science on Northern cod has indicated a significant increase in spawning biomass. With the cod population in better shape than it has been since the early 1990s, we have reached a critical juncture and require a plan to move forward as this important resource continues to rebuild. The FIP will play a critical role in this plan,” continued Baird.

This GIDC was established in April 2016 with the basic objective of producing a market-driven strategic plan to revitalize the province’s groundfish industry. The plan will focus on maximizing the value of N.L. groundfish products in order to improve the economic viability and the long-term sustainability of owner-operator enterprises, onshore processing plants and coastal communities while respecting the conservation requirements of our rebuilding groundfish resources.

North Nova Seafoods Ltd. is continuously reinvesting in its company to promote and sustain the organization’s growth and prosperity. The repayable contribution from ACOA, through the Business Development Program (BDP), enables North Nova Seafood Ltd. to purchase and install a new Laitram CoolSteam cooking system. The new system replaces their outdated boiler unit, improving the consistency and quality of cooked food products.

The acquisition of this new technology will reduce the environmental impact of fuel consumption while increasing the productivity of the company.

The growth of the fishing industry, as well as the challenges of a life in this livelihood, are well documented at the new Northumberland Fisheries Museum. A $246,500-non-repayable contribution from the Government of Canada, through ACOA’s Innovative Communities Fund (ICF), helped to construct the two-story, 6,900-square foot wooden exhibit centre. The new museum houses an exhibit area, gift shop, aquarium room, boat display, library/research centre, and an on-site demonstration space. With the museum connecting to a previously built replica of the Caribou Lighthouse and one of the only interactive lobster hatcheries in the area, it adds the final piece to the marine heritage experience.

The Northumberland Fisheries Museum was also supported by a $250,000-investment from the Province of Nova Scotia as well as contributions of $15,000 each from the Municipality of the County of Pictou and the Town of Pictou. 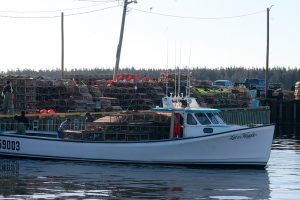 There will be more space available in Prince Edward Island to store live lobsters so they are as fresh as possible when they are processed and sent around the world.

“Innovation PEI is responding to the industry’s needs by providing grants to five projects that will enhance our province’s live lobster holding capacity, enhancing our exports and supporting the economies in our rural communities while building our reputation as “Canada’s Food Island.”

Innovation PEI has contributed more than $224,000 in grants to the Live Lobster Holding Program since it began in March 2015, with the remaining $2.2 million coming from the private sector. The expansions are being made to holding facilities in:

“This investment will certainly help with the quality, efficiency, and the consistency within our processing division,” said Jeff Malloy, Acadian Supreme Inc. CEO and general manager.

“An increase in live lobster storage capacity gives us the opportunity to store more lobster during peak landing periods and as a result will get additional fresh, high quality, value added products to market.”

The projects will add more than a half-a-million pounds to the province’s total lobster holding capacity, which is approximately 2.3 million pounds. Being able to hold live lobster for a longer period gives processors more flexibility to adjust their production to meet existing labour supply.

“PEI is recognized worldwide for its high quality food products and government is committed to leveraging this reputation,” said Agriculture and Fisheries Minister Alan McIsaac. “We are evaluating the trends and needs associated with cold storage capacity within the industry so our processors can continue to uphold our reputation for producing the world’s best seafood.”

Students at Fundy High School in St. George, New Brunswick are getting some hands on experience in aquatic science that will result in an increased understanding of ocean currents in the Bay of Fundy.

The project was included as part of the industrial arts class where students used various tools and skills to build these drogues. Once the drogues are released, the students will also have the opportunity to track their progress via a software program.

The project received funding under DFO’s Aquaculture Collaborative Research and Development Program. The design was provided by DFO’s St. Andrews Biological Station (SABS) and materials were provided by the NB DAAF through the Total Development Fund.

Each drogue has a Global Positioning System (GPS) unit that sends a signal to a satellite every five minutes. The signal is then delivered to a software program. The signal records the exact location of the drogue and tracks its movements, thus imparting vital information about ocean currents.

The 100 student-built drogues, along with an additional 100 built at SABS will be released at various times throughout the coming years. The data collected will allow scientists to improve circulation, drift and current models in and around aquaculture sites, allowing better science for management decisions in the bay areas of Southwest New Brunswick. It will also assist in the development of oil spill tracking in the area should one occur.

CETA Deal Could Fall Apart Under Pressure of Brexit