The four Atlantic provinces recently signed a new Memorandum of Understanding (MOU) for the ongoing development and management of their industries, based on common principles.

This extends the previous MOU signed in 2008.

In a joint press release, the four principal governments said that aquaculture is an important economic driver for rural, coastal and Indigenous communities and Atlantic Canada is well positioned to increase aquaculture production, with a growing global demand for sustainably-sourced seafood.

“Cooperation between the provinces and the aquaculture industry has led to improvements in pest management, environmentally-sustainable aquaculture methods, aquatic animal health and policies to support the shared use of marine and freshwater resources. The enhanced cooperation also seeks to align regulation and policy between the provinces to make the regulatory requirements easier to understand by industry and the public. Each province also has a comprehensive and robust legislative and regulatory framework to ensure environmental sustainability, economic prosperity, investor confidence and public accountability,” the release stated.

“Sustainable aquaculture development has created economic opportunities that have revitalized rural communities in Newfoundland and Labrador. I am pleased to cooperate with my Atlantic counterparts on a Memorandum of Understanding that will increase harmonization between our provinces and strengthen aquaculture management,” said Derrick Bragg, N.L.’s Minister of Fisheries, Forestry and Agriculture.

“In a time when food security is especially important, it is good to see our aquaculture industry has grown steadily and is poised for continued growth in 2021, based on environmentally-responsible, science-based policies and practices. Our Atlantic partnership continues to help the industry grow sustainably,” said Keith Colwell, Minister of Fisheries and Aquaculture, Nova Scotia.

“New Brunswick is proud to continue its collaborative relationship with our Atlantic counterparts as we grow the aquaculture sectors in our provinces. This partnership solidifies the Atlantic provinces’ commitment to align regulations, policies and standards between our provinces, as well as enhancing the legislative landscape. This work will provide industry with a clear, predictable and consistent framework in which to operate. It also provides an enabling environment for growth with strong environmental, aquatic animal health and habitat protections in place,” stated Margaret Johnson, N.B. Minister of Agriculture, Aquaculture and Fisheries.

“Our aquaculture industry on Prince Edward Island is very valuable to our economy and we are excited to see the continued growth that can be achieved through this Memorandum of Understanding. We are grateful for the successful collaboration that we have had with our Atlantic counterparts over the years and look forward to renewing our partnership for the benefit of our aquaculturists,” said Jamie Fox, P.E.I.’s Minister of Fisheries and Communities.

The transformation of the Newfoundland and Labrador-based fishing vessel Anne S. Pierce is now complete.

The 32-metre vessel was built in 1982 as a scallop dragger and was most recently used as a  training vessel for the Marine Institute.

The vessel transformation is 99 per cent complete and it is readying to sail to the United States to its new owner. 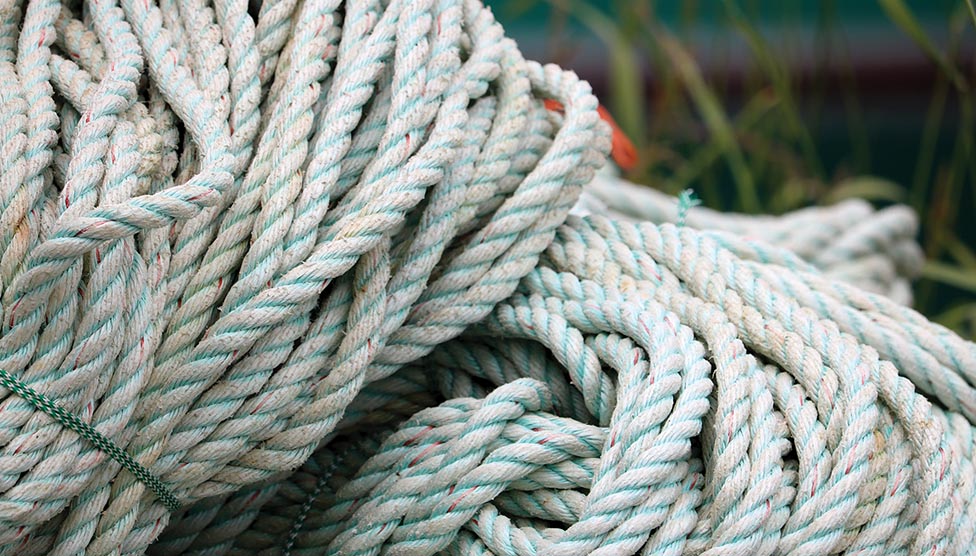 The Department of Fisheries and Oceans (DFO) recently launched a second call for proposals under the Ghost Gear Fund.

The fund, aimed at removing lost, abandoned and discarded fishing gear from Canadian waters, is looking for proposals focusing on the following three priorities:

The government said it will provide up to $2 million in funding under this proposal call. Last year, the Ghost Gear Fund helped remove 63 tonnes of ghost gear from Canadian waters, helping reduce entanglements to marine mammals and limiting impacts on fish and the ecosystem.

Canada will be the host to top marine conservation leaders as they gather in Vancouver for the Fifth International Marine Protected Areas Congress (IMPAC5) from June 22–30, 2022.

The group will discuss plans to protect 30 per cent of the global ocean by 2030 under the auspices of the International Union for the Conservation of Nature (IUCN).

The Congress will be presented by the Host First Nations — Musqueam, Squamish and Tsleil-Waututh — along with the Canadian Parks and Wilderness Society (CPAWS) and the governments of Canada and British Columbia.

Participants will share their thoughts on future ocean protection in five thematic areas across three cutting streams:  Innovation and Transformational Change, Indigenous Peoples Leadership and The Voice of Young Professionals.

IMPAC5 called for proposals on June 14 for presentations focusing on issues facing the global ocean. The proposals will be accepted until September 20, 2021.

IMPAC5 will culminate in a one-day Leadership Summit on June 30, where leaders from participating governments and other organizations will hear the results of the Congress, address key issues and affirm and announce commitments to expanding ocean protection, DFO said.

This Newfoundland and Labrador-led project will bring together industry and academia to leverage emerging technologies for safer and more efficient marine navigation.

BridgeVUE is a made-in-Canada solution that leverages emerging technology to enhance marine navigation by contextualizing radar data over an individual’s field of vision, in real time, regardless of visibility. By using an augmented reality (AR) headset and combining it with navigational data, vessel crew will have the capability to overlay mission critical information over their field of vision even when visibility is near zero, increasing their situational awareness and improving safety.

As an example, ice and other hazards can be difficult — and dangerous — to navigate at night, in fog, or in any low-visibility situation. Using the BridgeVUE application, someone on the bridge of a vessel would be able to know exactly where any hazards are, and react accordingly.

This project, supported by partners Mitacs, the Fisheries and Marine Institute of Memorial University of Newfoundland and Labrador, Petroleum Research Newfoundland and Labrador, Rutter and Robot Interactive + Marketing, will deliver a commercially viable and revolutionary product in BridgeVUE. The collaboration this project creates will ensure that BridgeVUE is a technically-sound system that can be integrated onto the bridge of existing vessels.

With a total project value of more than $420,000, the Ocean Supercluster will provide close to $170,000 thousand in funding, with the balance of funding coming from project partners.

This project will place Canada at the forefront of bringing an emerging technology to market while simultaneously building and growing Atlantic Region expertise in Canada and creating employment in the local workforce. 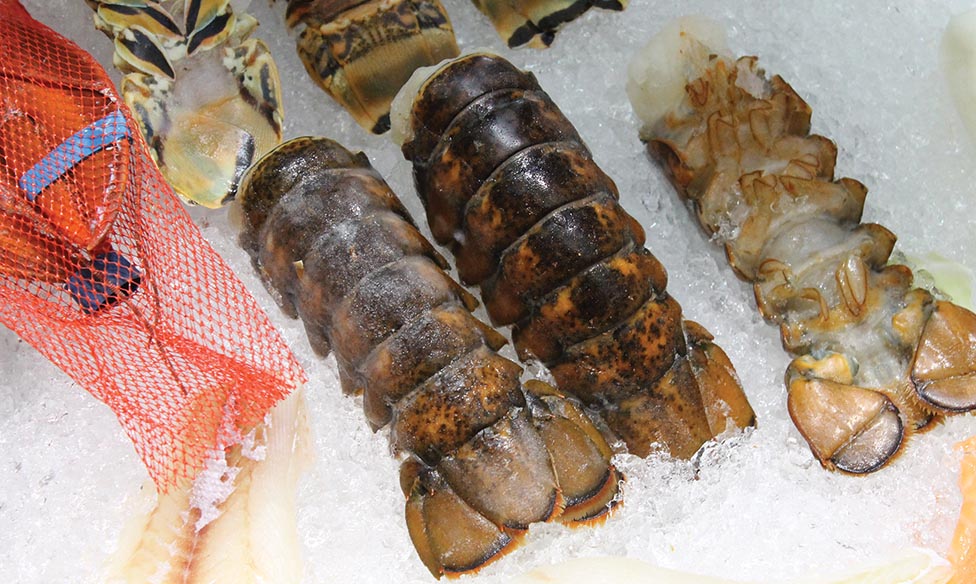 The Fisheries Council of Canada (FCC) and the Canadian Aquaculture Industry Alliance (CAIA) are seeking support from Canadians who agree that seafood has a role to play in providing jobs, growing the national economy and revitalizing coastal and Indigenous communities.

By gathering support through pledge signatures, FCC and CAIA will be able to demonstrate to the federal government how important it is to Canadians to restore our place as a global leader in sustainable seafood production.

“We are asking Canadians to stand with our national fish and seafood community as we call on the federal government to identify a federal departmental champion, develop a sustainable growth plan and develop an integrated program to advance the sector,” said Paul Lansbergen, President, FCC. “If you believe in sustainable seafood development, sign the pledge.”

“Canada has the longest coastline in the world and some of the most plentiful freshwater resources,” said Timothy Kennedy, President and CEO, CAIA. “We have the means to be a global leader in sustainable seafood production — all we’re missing is the proper support.”

Signing the pledge is as simple as visiting seafoodopportunity.ca/take-the-pledge and filling in your name and email. Signatures will be gathered as an aggregate to demonstrate support in FCC and CAIA’s ongoing advocacy to include their industry-developed vision and action plan, Canada’s Blue Economy 2040, into the federal Blue Economy Strategy.

Navigational Safety Awareness Campaign to be Presented in N.S.

The Fisheries Safety Association of Nova Scotia (FSANS) recently announced that it will be delivering the Navigational Safety Awareness Campaign (NSAC) to its membership and industry to increase the overall industry safety culture and safety of seafarers at sea.

The FSANS will be working with strategic partners such as the NSCC School of Fisheries, local harbour authorities and industry fishing associations to ensure resources are made available to all. Work is well underway for this project and is currently in the resource development and graphic design phase of the project. Much of the in-person activities depend on COVID-19 resources, however, the FSANS has a target to begin being on wharves in late August 2021.

The Navigational Safety Awareness Campaign (NSAC) will take place throughout the entire province of Nova Scotia with boots on the ground at an estimated 110 fishing wharves/harbour authorities. The NSAC will be an awareness campaign taking place directly on fishing wharves to educate and promote safe navigation practices while at sea, entering/departing port and safe navigation when interacting with vessels/ships of greater size.

The NSAC will have a scope of work that includes:

The NSAC will focus on the following navigational safety components:

Major activities of the NSAC will include: