The vice-president of Quinlan Brothers, Robin Quinlan, said the 82-foot Abigail Grace will be ready for fishing in the spring, despite a fire on the vessel docked in Harbour Grace on January 6, CBC reported.

He said the engine room was not damaged and the hull is intact on the company’s fishing vessel.

Firefighters in Harbour Grace were called to the Harbour Grace Ocean Enterprises wharf where the vessel was moored around 5 a.m. The Abigail Grace was engulfed in flames upon their arrival.

CBC is reporting that the Prince Edward Island cabinet has approved new regulations that will see a one-cent-per-pound lobster levy collected from buyers this spring.

P.E.I. Agriculture and Fisheries Minister Alan McIsaac said this is the final step for the province, since the regulations for a one-cent-per-pound levy for lobster fishermen were passed in the summer.

P.E.I. will be the first province in Atlantic Canada to have the levy, which will be used to help market and promote local lobster.

The New Brunswick lobster industry is working on bringing in similar legislation in 2016, while similar efforts in Nova Scotia stalled in 2015.

According to the Atlantic States Marine Fisheries Commission, the 2015 benchmark stock assessment for lobsters shows the stock of crustaceans in the Gulf of Maine and Georges Bank is not depleted and overfishing is not occurring.

However, the situation for the stock in southern New England is far less clear, with abundance estimates appearing to decline dramatically since the late 1990s to record-low levels.

Atlantic States Marine Fisheries Commission Director of Communications Tina Berger said stock assessments for lobsters and other species are not done every year since it often takes a couple years to compile the data. The last assessment done for lobsters was released in 2009.

She said one of the big differences between this year’s stock assessment and assessments from other years is that this year’s assessment combines the Gulf of Maine and Georges Bank stocks into a single biological unit. 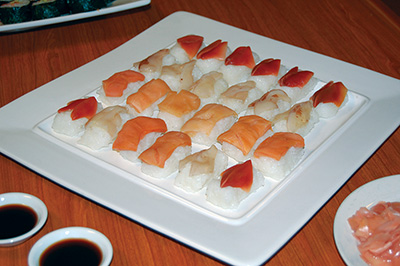 Newly-minted Fisheries, Oceans and the Canadian Coast Guard Minister Hunter Tootoo recently announced that the total allowable catch (TAC) for offshore Arctic surf clams will be set at 38,756 tonnes for 2016, which is the level it has been at for a number of years.

Prior to any change in the TAC and any decision on new entrants, the minister has asked for science work to be completed and work undertaken to consider a spatial management system, which has been recommended by two independent studies of the fishery.

Underscoring the Government of Canada’s commitment to the precautionary principle, Tootoo said that managing fisheries based on robust scientific evidence is a priority. He said further decisions about this fishery will not be taken until he is confident of its long-term sustainability and until further consultations could be held through the Surf Clam Advisory Committee, including input from the current licence holder, industry and indigenous groups about the possibility of new entrants into this fishery.

Tootoo reiterated his commitment to support the economic development of coastal communities but said that the best way to do this is to ensure the long-term sustainability of the resources on which they depend.

The Offshore Arctic surf clam fishery has been operating on the Scotian Shelf since 1986 and on the Grand Banks since 1989. The landed value of the surf clam fishery is estimated to be worth $38 million. Arctic surf clam, or hokkigai, is a long-lived clam species distinguished by its bright red colour in the mantle and foot after cooking. In the western Atlantic, this species occurs from the Strait of Belle Isle to Rhode Island.

Cod May Get Boost from Shrinking Arctic Ice

National Geographic is reporting that with sunlight now permeating previously darkened waters, predatory fish that hunt by sight are set to invade in increasing numbers, scientists predict in a new study.

Models of past and future climate and environmental scenarios forecast a dramatic rise in light-penetrating polar waters from 2040 onward.

“We know that sea ice extent and thickness is declining and is predicted to continue to do so,” says study leader Øystein Varpe of the University Centre in Svalbard, Norway.

“With that, there comes a dramatic increase in light entering the water column because ice and particularly snow-covered ice, are good at blocking light.”

As a result, northward-spreading species like Atlantic cod, salmon, mackerel, and herring are expected to find it much easier to see and catch prey. 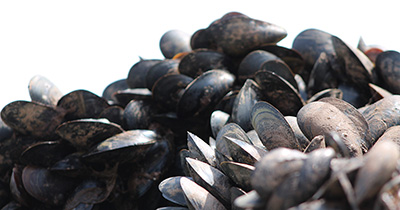 The Prince Edward Island government recently approved close to a half million dollars in loans for the P.E.I. Mussel King and P.E.I. Mussel Farms Inc.

A government official says the money will be used by the company to develop a new product line, which will be announced in the near future.

P.E.I. Mussel Farms Inc. was approved for a loan of $125,000 from the same provincial lending fund.

It will be used for new mussel sock filling equipment that will improve the operation’s overall efficiency.

Prince Edward Island’s high quality seafood has helped to inspire some of the Island’s top chefs to create culinary works of art during the inaugural Best of Sea promotion, says Minister of Agriculture and Fisheries, Alan McIsaac.

“Many of Prince Edward Island’s seafood products are at their peak of quality this time of year so it is a great time for a fresh new promotion that highlights our Island seafood industry and the amazing talents of our local Island chefs,” said Minister McIsaac.

“The Best of Sea promotion is not only a great way to increase consumption of Prince Edward Island seafood but it also provides an opportunity to grow our culinary tourism brand.”

The Best of Sea promotion ran for three weeks in November and included 12 participating restaurants offering a total of 48 unique seafood dishes. In total, 12 Prince Edward Island seafood species were highlighted as well as other Island agriculture and artisan food products.

Consumers were given the chance to vote for their favorite dishes online to determine the winner of the Islanders Choice Award and help the official judging panel determine the best dishes in each category: The Wild Crustacean, Indulge and Be Shellfish, Hooked Up with Flavours and The Ultimate Seafood Fusion.

“Prince Edward Island seafood is second to none and while it is important that the global marketplace recognizes our Island food products for their high quality, it is also important that we focus on increasing education and consumption of Island food products locally,” said Minister McIsaac. “High quality Island seafood is available year round and we encourage all Islanders to support our local food industries.”

The promotion website will be kept live throughout the year and offers food service guides, videos and species information for chefs and consumers, and information on where to buy Prince Edward Island seafood.

The Department of Fisheries and Oceans recently received a video of a young harp seal resting on a harbour slipway.

It wants the public to know that laying about and resting is perfectly normal behaviour for seals and not uncommon to see this time of year. Sometimes people mistake this behaviour to mean that the animal is in distress or dying.

It is important to remember that in any circumstance it is illegal to disturb a marine animal. Unless you are participating in a legal fishery or conducting authorized science research, wild marine animals should be left alone to feed, breed, live and die in their environment.

While people may think they need to get involved, experts warn against it because it increases stress on the animals and may also cause injury to those involved.

If you observe a seal or other marine animal that appears injured or is being disturbed by someone, please contact Fisheries and Oceans Canada.

Another Addition to Cold Water Cowboys

Discovery Canada’s Cold Water Cowboys will be featuring another Newfoundland fisherman when the show returns March 10 for its third season.

Rick Crane of Cox’s Cove will be the newest member of the cast. He is a new skipper and younger than the others on the show.

Crane’s new boat, Crane’s Legacy, will be featured on the show.

Our Cultural Values are Being Eroded