The Cape Sable Island-Shelburne area of southwestern Nova Scotia has seen more than its fair share of ocean related deaths.

Over the Christmas holiday, a huge Yuletide tree made of lobster pots was erected in the Cape Sable Island area. The ornaments were old time lobster buoys, the ones used before balloons and anchors tethered strings of 15 traps.

Each ornament represented a fisherman lost at sea from the area.

There were way too many ornaments on that tree.

Another one will be added next year as the lobster fishery claimed yet another life.

On January 7, 44-year-old Jim ‘Gentle Jim’ Buchanan fell overboard from the fishing vessel Secret Sea. Although he was only in the water for a few minutes, efforts to revive him failed.

Captain Audie Harding of Shelburne said he and his crew were finding it hard to deal with the incident. A crew member was only four feet from him when he fell into the water.

Buchanan is survived by his wife Lisa, two sons and one daughter. His eight-month-old grandchild was also living with the family.

An autopsy was performed in Halifax and details were unknown as of press time.

He was buried in Shelburne on January 13. An account is expected to be set up for donations at Scotiabank. 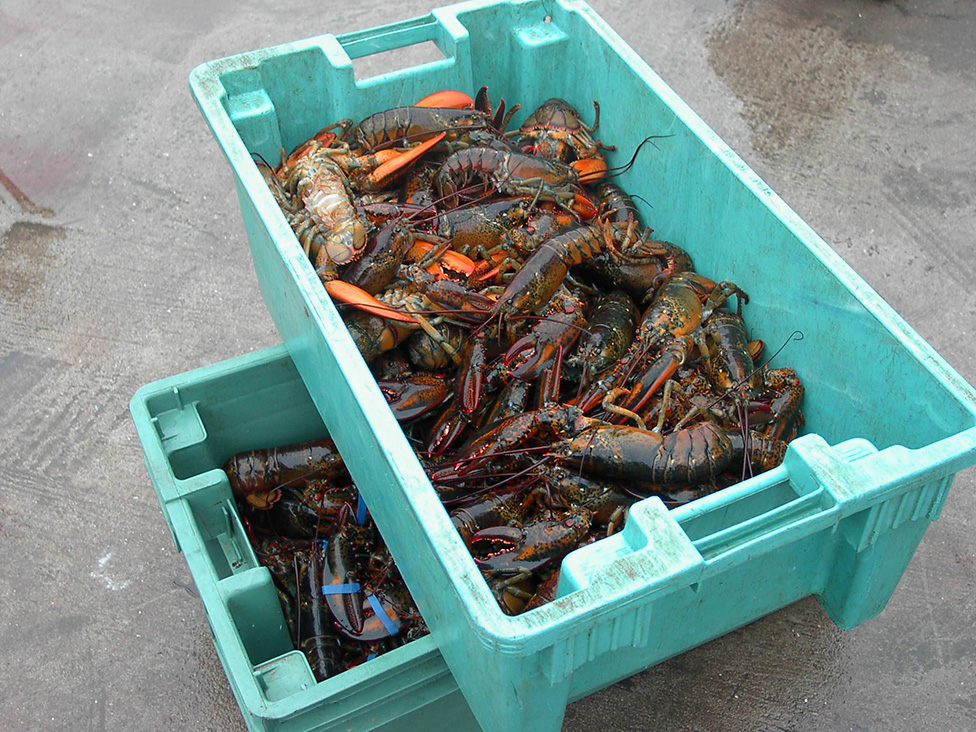 Nova Scotia recently welcomed a new cargo carrier between Halifax and China that will enhance services with a growing trading partner.

“This is the latest success following the release of our Nova Scotia-China Engagement Strategy in April 2016 which focuses on building our competitive strengths, enhancing our relationships in China and ensuring a coordinated approach,” said Premier McNeil. “We are seeing positive outcomes that will result in investment and jobs for Nova Scotians.”

Overall exports from Nova Scotia to China totaled $420 million in 2015, an increase of more than 50 per cent from 2014. In 2015 China was Nova Scotia’s third largest seafood export market, accounting for $210 million of the province’s $1.7 billion in fish and seafood exports.

While 2016 year-end figures are not yet available, as of the end of October, Nova Scotia had already exported $218 million worth of seafood to China.

The P.E.I. Lobster Marketing Board, which oversees the levy, said is it going to use the money to hire a full-time marketing person to handle such things as social media and trade shows.

The Board estimated that amount to be $300,000 based on 30 million pounds of lobster caught and that about 98 per cent of the money has already been collected.

The Newfoundland and Labrador Department of Environment and Climate Change recently announced that the Barry Group’s proposed Harbour Breton Fish Meal Plant project has been registered.

The Barry Group is proposing to construct a fish meal plant in Harbour Breton adjacent to the existing fish processing plant where the former ground fish rendering plant was located.

The fish meal and oil rendering plant will add value to the more than 6,000 tonnes of salmon by-products processed from the plant.

An existing 50-metre by 30-metre steel building on the site will be used and sealed up with a new concrete floor poured and perimeter drains flowing to the water treatment system. A 15-metre diameter water treatment holding tank would be constructed between the building and the wharf. Construction is proposed to start in April 2017 and equipment installed in fall 2017.

The final closing took place on Dec. 14 when a public purchase deed was signed in Uruguay, finalizing a thorough court approval process.

The Fripur acquisition was completed through Perindes S.A., which is owned by the Cooke family.

Cooke had previously begun to repair the Uruguayan fishing vessels and the company anticipates a resumption of fishing operations early in 2017. Fripur traditionally harvested approximately 16,000 tonnes of hake (merlusa) and 1,600 mt red crab annually within the Uruguayan operations.

The acquisition of Grinfin, a subsidiary of Fripur based in Argentina, was completed several weeks ago and fishing has already started. That purchase was made through Wanchese Argentina S.r.l., an entity owned by Cooke Seafood USA, Inc.

Grinfin employs 70 people and the operation includes three large hake fishery vessels along with an office in Buenos Aires. Grinfin has a quota to fish 8,000 MT of hake per year in Argentina.

Blois Fish Processing Automation (BFPA) and Marelec Food Technologies recently announced that they have partnered with Clearwater Seafoods on an automation project at the F. Pierce Lockeport processing facility.

BFPA will be installing two of the largest graders in the world for lobster processing, with a mid-April delivery and May start-up date.

The equipment will be a dual-lane, live lobster grader capable of weighing live lobster at a rate of 120 lobster per minute with an accuracy of a couple grams and a dual-lane frozen lobster product grader, which will weigh 200 pieces per minute.

The live lobster grader is especially designed to weigh at a high rate but to deliver product efficiently to a water bath system. The frozen lobster product grader will increase the current production by three times, with better handling and the capability of grading more products at the same time. 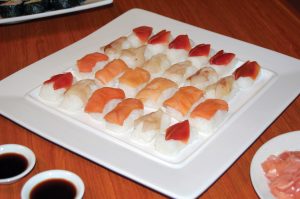 The Atlantic surfclam and ocean quahog fishery has become the first clam fishery in the U.S. to achieve certification against the Marine Stewardship Council (MSC) Fisheries Standard.

In 2014, the surfclam and quahog harvest was valued at approximately $30 million and $22 million, respectively. These clams are now eligible to carry the internationally recognized blue MSC ecolabel.

“We Lost Our Admiral, But We Are Staying On Course”