New Processing Facility to be Built in Digby

Construction is expected to start this spring on a new $14.25-million, 43,580-square-foot seafood production facility in the Digby Industrial Park.

Nova Scotia Business Inc. (NSBI) announced in December the approval of a business development incentive in the form of an innovation rebate for fish harvesting and processing company Scotia Harvest Inc.

The company is eligible to earn a maximum innovation rebate of $1,863,333 upon completion of its project, based on eligible capital spending of $7,453,333.

The new facility will feature new processing equipment which will be more efficient, providing the ability to effectively produce additional groundfish species and will enable the company to implement greener technologies, says NSBI. 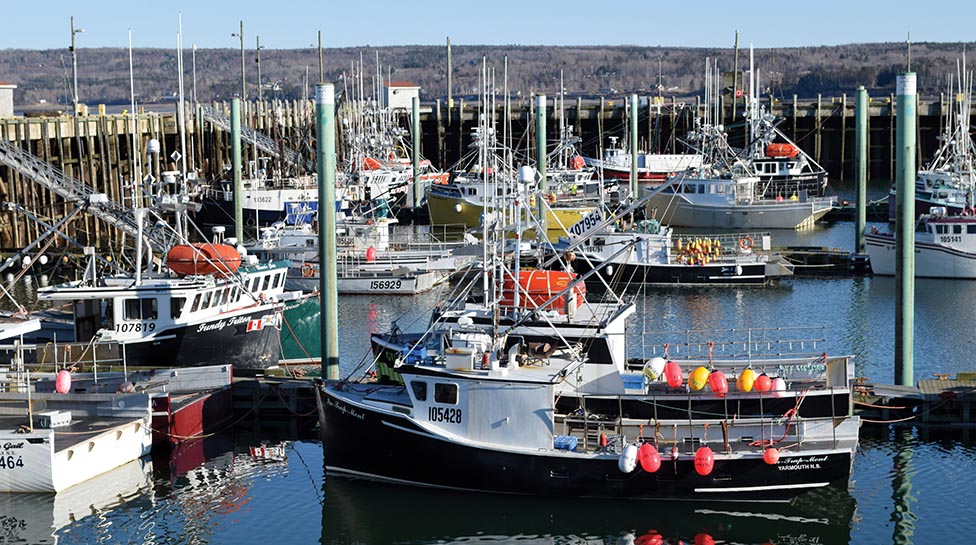 “The modernization of equipment will also give the company the ability to improve on harvesting and processing times. It will also help to meet increased demand for current export markets in the United States and support additional initiatives key to the company’s future exporting success in the European Union, China and other countries.”

Scotia Harvest Inc., formerly O’Neil Fisheries, is currently located at the head of the Digby wharf.

Described as a “vertically integrated seafood company” on its website, Scotia Harvest has a fleet of seven vessels and 10 associate vessels that harvest primarily scallop, haddock and other groundfish species including redfish and Atlantic halibut. The company also acquires fish for production from other harvesters and imports various seafood products.

Canada’s Centre for Aquaculture Technologies (CATC) has entered into an agreement with Elanco Animal Health Incorporated to purchase its aqua research and development facility in Victoria, Prince Edward Island.

The P.E.I. R&D facility had been added to the Elanco footprint in 2015 when the company acquired Novartis Animal Health.

At the time the P.E.I. location was one of Elanco’s 14 R&D locations. The company announced in September that it was looking for a buyer for the facility. Now, with the sale of the location, Elanco will shift to its other existing facilities.

“We are extremely grateful for the efforts, hard work and all contributions everyone at the Victoria R&D facility has made to the Elanco pipeline and the industry,” said Aaron Schacht, executive vice president of Innovation, Regulatory and Business Development at Elanco. “We are equally pleased to reach an outcome that keeps the site operational in the Victoria community with a group that values furthering the future of aquaculture.”

CATC works to “improve productivity, efficiency and sustainability” in aquaculture and other related industries. Its research divisions include breeding and genomics, diagnostics, genotyping, molecular biology, fish and shrimp health and fish and shrimp nutrition.

CATC expects to complete the transaction for the facility at the beginning of the first quarter in 2020. John Buchanan, CEO of the Centre, said in a statement that they are “excited to continue to grow our aquaculture health and nutrition research services business in P.E.I., and have great plans for use of the facility.”

The processing facility, which employed about 70 people, was completely destroyed.

According to media reports, the cause of the fire was determined to be a faulty furnace. There were no injuries or fatalities.

The company has yet to report if it plans to rebuild the fish plant.

As announced in February 2019, Fisheries and Oceans Canada (DFO) will be implementing mandatory gear marking to all non-tended fixed gear fisheries starting in 2020 in Eastern Canada.

DFO in the Gulf, Maritimes, Newfoundland and Labrador and Quebec Regions has been notifying fish harvesters in Eastern Canada of the gear marking requirements that will apply. 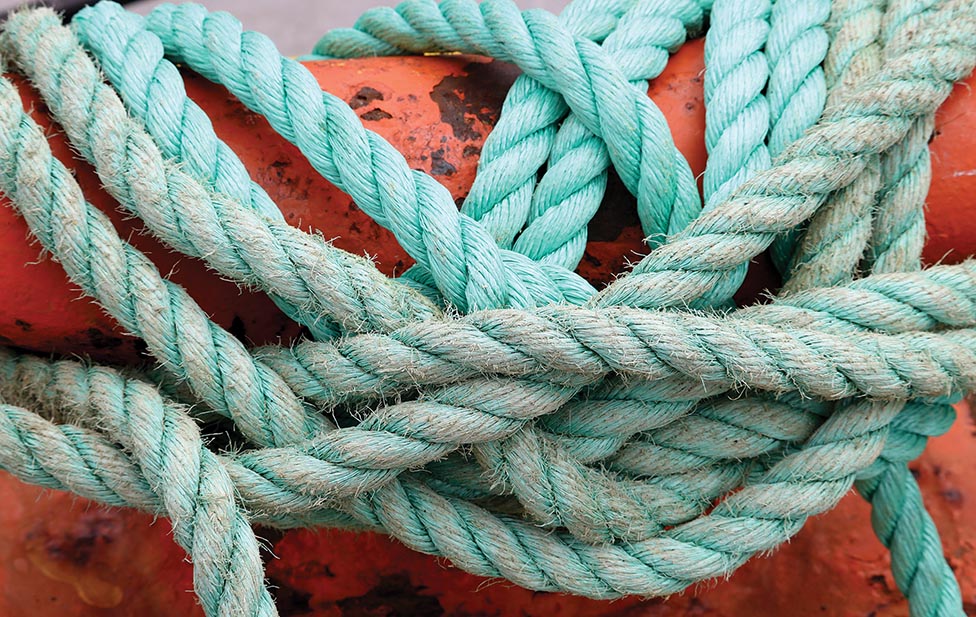 “They will enable officials to make corrective changes in the most efficient manner going forward. They are implemented to recognize gear origin, specifically country, region, species, as well as lobster and snow crab fishing areas. They were developed as a continuum of what has already been introduced in certain Gulf of St. Lawrence snow crab fisheries since 2018.”

The gear marking requirements will consist of interlacing different strands of coloured twine within existing rope:

Gear marking requirements as well as pre-determined colours will be available to fish harvesters in the coming days. DFO says it will formerly announce other management measures to protect North Atlantic right whales in February 2020.

Baffin Fisheries announced in late December that it has received judgment in the amount of $544,049 against former CEO Garth Reid, plus interest and legal costs.

Supreme Court of Newfoundland and Labrador Justice Vikas Khaladkar, in rendering immediate decision from the bench on Dec. 17, 2019, ruled that the former CEO unlawfully converted company funds for his own personal use.

The legal action commenced in 2017 after Baffin Fisheries discovered the former CEO was diverting company funds to construct a lavish mansion and guest house overlooking Trinity Bay in Winterton, N.L.

The Dec. 17 ruling resulted from a summary trial application by Baffin Fisheries and subsidiary Niqitaq Fisheries Ltd. against the former CEO.

Justice Khaladkar ruled that Baffin Fisheries met the onus of proving its case and stated:

“That first of all, Garth Reid unlawfully converted $544,049.17 to his own use. Secondly, I declare that the monies that were converted were the property of the [Baffin/Niqitaq] and that [Reid] had no right to convert the funds in the manner that he did.”

The matter will continue against the former CEO and his wife, Valerie Reid, to recover the further monies in the amount $855,983 related to the former CEO’s scheme to build a personal residence in Winterton with company funds.

Baffin Fisheries chairman Johnny Mike commented from Pangnirtung, Nunavut, “This is welcome news for the thousands of shareholders of Baffin Fisheries, who are all Inuit beneficiaries under the Nunavut Land Claims Act, living in the harshest, most remote communities in Canada. We will continue to work hard to recover all monies unlawfully taken and return it to our communities.”

Baffin Fisheries legal counsel Philip Buckingham stated, “The Winterton property was built not on the sweat and toil of Reid, but rather constructed and paid for through deception, deceit and conversion of the financial resources of Baffin Fisheries, a not-for-profit corporation, whose sole purpose is to provide a financial return to Hunter Trapper Associations comprised of the indigenous peoples of Nunavut. We have been instructed to vigorously pursue the misappropriated funds, and we will continue to do so.”

Northern Coalition is an alliance of fisheries based social enterprises owned and operated by the indigenous communities of Canada’s Eastern Arctic and Labrador.

“The industry has significant growth potential, especially in the north. But we have challenges too that can best be addressed by collaborating. In joining FCC, we are adding our weight behind the important work being undertaken by FCC as the national voice for the industry.”

The Coalition works closely with federal, provincial and territorial governments throughout the region and has a strong collaboration with Canada’s Department of Fisheries and Oceans.

Northern Coalition members are deeply committed to ensuring that adjacent marine resources are responsibly and sustainably managed and that the sensitive Arctic marine ecosystem is appropriately protected.

Coalition members have strategic partnership arrangements with fishing companies throughout Atlantic Canada. In addition, the Coalition partners with other fishing industry organizations in fisheries research through the Northern Shrimp Research Foundation and in international marketing programs such as the Coldwater Shrimp Marketing Program for China.

“Northern Coalition members create significant benefits for 52 Northern coastal communities and their 40,000 residents throughout Nunavut, Nunavik, Nunatsiavut and Labrador,” says Paul Lansbergen, president of FCC. “This is a fact that often gets overlooked and underappreciated.”

Since 1938, AC Covert has been a seafood supplier for the finest retailers and food service professionals in Atlantic Canada. AC Covert delivers the freshest responsibly sourced and prepared fish to fine dining restaurants, hotels, gastro pubs, professional caterers and retailers locally and across North America.

AC Covert distributors was purchased by the Cooke family in 2008 and now offers over 400 different fresh and frozen seafood products to customers including smoked salmon, lobster, halibut, scallops and much more.

“This expansion is an integral part of our growth plan and we are part way through investing $112 million in Nova Scotia.”

“Nova Scotia is Canada’s number one seafood supplier and we now export to 80 international markets,” said Keith Colwell, Nova Scotia’s Minister of Fisheries and Aquaculture. “We’re home to a diverse range of premium quality seafood and value-added products and it’s wonderful that AC Covert has expanded in our province to distribute products from over 30 Nova Scotia seafood companies.” 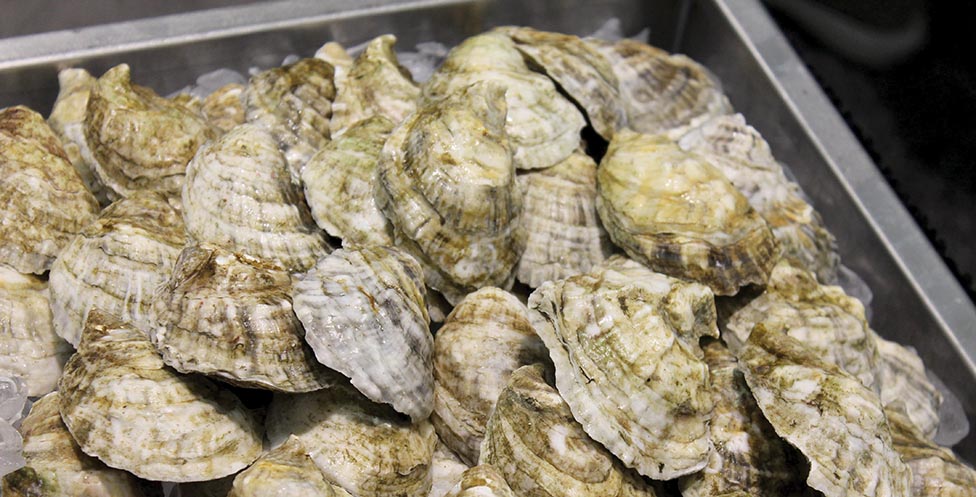 The first oysters cultivated in Newfoundland and Labrador were officially available to customers on December 10.

Juan Roberts of Triton and his team at Merasheen Oysters Farms Inc. produced the first oysters at a commercial scale in the history of this province for domestic consumption and export markets.

“It has been many years of hard-work and dedication and we are extremely happy to have reached a milestone in that we are in a position to showcase and offer our premium oysters grown in the pristine waters of Placentia Bay near Merasheen Island to the world,” said Juan Roberts, president and CEO of Merasheen Oysters Farms Inc.

Canada produces 1.1 per cent and is ranked seventh in the world with 6,600 metric tonnes.

A Way Must be Found to Reach Out to N.L. Inshore Harvesters