Two Port Hood lobster fishermen died May 12 after their fishing boat capsized off the coast of nearby Colindale less than 100 metres from the shore.

Hugh Watts, 39, and Glen MacDonald, 58, were identified as the victims. Watts’ 18-year-old stepson was onboard as well, but managed to make it safely to shore.

Watts was a member of the fishermen’s association, which consists of captains in the Inverness County region. MacDonald was Watts’ first mate — both men had been in the fishing industry for a long time.

Since it was a workplace incident, the RCMP have handed the investigation to the Department of Labour and Advanced Education.

Despite long stretches of windy weather that have cut into fishing time around Bonavista, Trinity and Conception Bays, DFO figures show that more crab has been harvested through the end of May this year than last year, Seafoodnews.com is reporting. 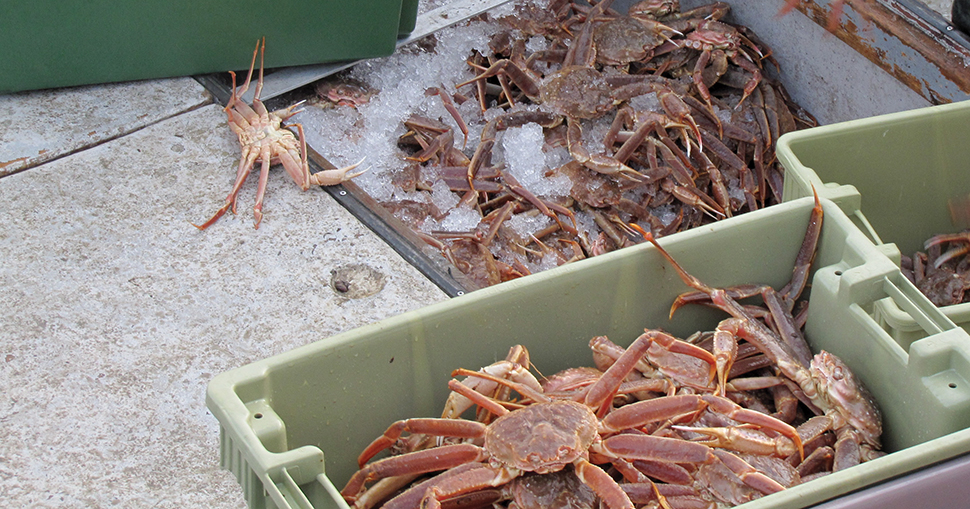 With the quota cutbacks in both the Gulf and Newfoundland, plus the disruption of closures for right whales, crab prices are higher this year and the Newfoundland Standing Fish Price Setting Panel raised minimum harvester prices to $4.90.

The Campaign to Protect Offshore Nova Scotia (CPONS) has called for an open public meeting, with media present, so all Nova Scotians can hear clearly from the Canada Nova Scotia Offshore Petroleum Board (CNSOPB) the rationale behind their project review and licensing process.

CPONS, a member of the Nova Scotia Offshore Alliance, was invited by the CNSOPB to a private meeting to discuss their widely-publicized criticisms of the Board’s composition and methodology.

“This secretive, divide and conquer approach of unrecorded meetings with individual stakeholders does not meet even the lowest standards of public consultation,” claims CPONS spokesperson Marilyn Keddy.

The Alliance, a growing association of over 20 Nova Scotia environmental, fisheries and citizens’ organizations was formed to press the Trudeau government to make good on its promise “to make environmental assessment credible again.”

“How can an industry-captive Board, comprised of government appointed oil industry veterans, claim to be open and objective when their ‘consultations’ like those recently held with South Shore municipalities are all behind closed doors?” asks John Davis, Director of another Alliance member, the Clean Ocean Action Committee (COAC) which represents more than 9,000 Nova Scotia fishery workers.

“They come to these private meetings armed with so called ‘fact sheets’ and make misleading claims like Correxit, the dispersant used in British Petroleum’s catastrophic Deepwater Horizon disaster, is as safe as ‘baby shampoo.’  No wonder municipal councillors come away with a false impression,” says Davis. 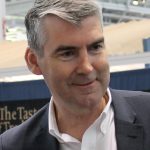 Nova Scotia Premier Stephen McNeil had some harsh words for the National Advisory Panel on Marine Protected Area Standards, during a recent presentation in Moncton.

He said banning fishing and other activities in protected areas could have a huge impact on rural and fishing communities, particularly those along the province’s eastern shore.

“If somehow our lobster fishery is affected, which has been done in a sustainable, environmental way for a very long time — if it is affected, it would absolutely have a devastating impact.”

The seven-member advisory body is charged with coming up with advice on the rules for new marine protected areas. One of the areas under consideration is a 2,000-square-kilometre section of the eastern coastal region called the Eastern Shore Islands.

He also criticized the federal Fisheries Department for not consulting first with the province before designating areas as possible protected areas.

On May 30, 2018, in Quebec City, the World Aquaculture Society (WAS) signed a historical agreement to host WAS NORTH AMERICA 2020 in partnership with the Aquaculture Association of Canada (AAC) and Newfoundland and Labrador Aquaculture Industry Association (NAIA) on August 30 –September 2, 2020 at the Convention Centre, in St. John’s, Newfoundland. 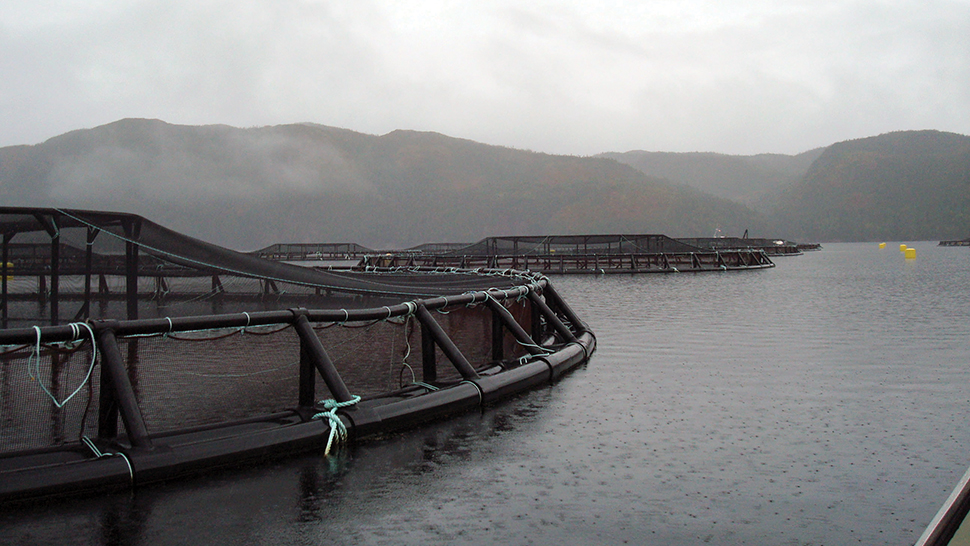 This will be the first collaborative meeting between AAC and WAS in many years.

St. John’s is an ideal location for this meeting because of the fast-growing aquaculture community in the province.

The combined international conference and exposition is expected to draw over 2,000 attendees from more than 100 countries and featuring 150 exhibits; the largest of its kind to ever be held in Canada

Ocean innovators will soon have a new place to work and collaborate, with the Centre for Ocean Ventures and Entrepreneurship, known as COVE, set to open this spring.

Five companies have signed tenant agreements for the new ocean hub located on the former Coast Guard site on the Dartmouth waterfront.

Taylor Widrig, Halifax, is one of the young innovators that will work out of COVE.

Widrig is the founder and president of Mermaid Fare Inc., a company that specializes in the commercialization of seaweed. She started Mermaid Fare in 2013 and currently sells seaweed products locally and nationally.

“I am thrilled to be joining COVE,” said Widrig. “Working out of COVE will help my business continue to grow in an energy-filled environment. This is a chance for us to step up our game and bring Mermaid Fare to the next level.”

“COVE will be a catalyst for economic growth in Nova Scotia and far beyond,” said Jennifer Angel, acting president and CEO, Waterfront Development Corporation Ltd. “Construction is nearly complete and we look forward to welcoming the world to COVE this spring.”

Other companies confirmed to work out of COVE include:

St. Mary’s River Smokehouses’ production of smoked salmon will be relocated from Sherbrooke, N.S., to the Atlantic Fish Specialties Ltd. facilities in Charlottetown, P.E.I. at the end of June.

The 18 employees of St. Mary’s River Smokehouses will be offered employment elsewhere with the parent company, Cooke Aquaculture.

The opportunity for increased operational efficiencies and utilizing more modern equipment at the P.E.I. facility are the primary reasons for this transition, Cooke explained. St. Mary’s River Smokehouses will operate until June 22 at which time the head office and production facility will be closed.

“We are very appreciative and thankful for our dedicated employees and the community of Sherbrooke and Municipality of the District of St. Mary’s. We are working with them to make this transition as smooth as possible and we are offering employment in other divisions of our company,” said Glenn Cooke, CEO of Cooke Aquaculture, the Blacks Harbour, N.B., parent company of St. Mary’s River Smokehouses.

Group Calls for No Change to Redfish Quotas

“We are disappointed the process to develop harvest rules and a rebuilding plan has not been achieved. Now, a decision on this year’s quota must be made before the season opens June 15 amid strong calls to increase the total allowable catch,” said Robert Rangeley, director of science at Oceana Canada.

“In April 2017, the government committed to delivering a rebuilding plan for redfish by the end of June 2018. They have not delivered on this commitment.” 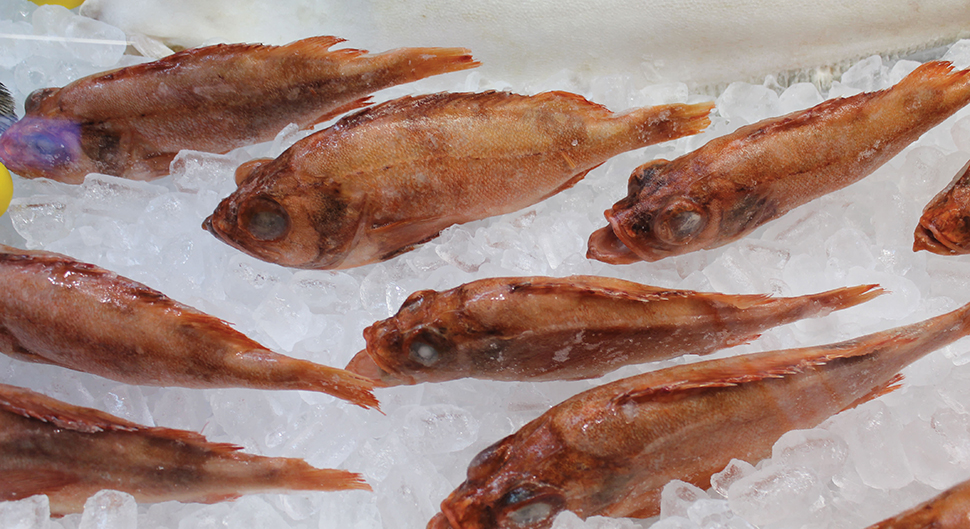 During the redfish management process, committee members from Fisheries and Oceans Canada (DFO), indigenous groups and industry, developed five, long-term management options, each of which included a science-based harvest control rule to ensure catch levels resulted in a healthy, rebuilt stock. The process collapsed when new untested harvest advice was tabled by industry and DFO announced it would not be pursuing a rebuilding plan, Oceana explained.

“There is a real opportunity to plan for a large, sustainable fishery that will have strong social and economic benefits to the region,” said Rangeley. “The fishery has potential to produce large, high-value fillets for seafood markets over the next five years, but if the catch is increased too soon, especially of young fish, without a good management plan, it could be reduced to a small, low-value bait fishery.”

He explained that the redfish species are long-lived and slow growing, and the production of the large number of young fish that occurred from 2011-2013 is a rare event. Increasing fishing before these juveniles reach sexual maturity threatens the future growth of the population.

The federal government recently announced funding to assist with the expansion of the We’koqma’q First Nation’s aquaculture operation.

The $1,000,000 in funding is being allocated through ACOA’s Business Development Program, which supports small and medium-sized enterprises and not-for-profit organizations that provide support to Atlantic businesses.

We’koqma’q First Nation will purchase cages, nets, moorings and a work barge, will upgrade docks, perform electrical work and add a fish counter. The expansion enables more than one million fingerlings annually to be grown for market. The aquaculture operation, which currently employs 45 community members, will add 10 new jobs.

With a recently acquired fish hatchery and an upgraded grow out site and processing plant, the community is in a better position to control and manage its growth in the sector and build economic prosperity for future generations.

We’koqma’q First Nation is also investing $750,000 in the project from its operating revenue.

Northern Harvest Sea Farm Limited, of New Brunswick and Newfoundland, has an agreement with We’koqma’q First Nation to purchase and market all of the fish harvested at the farm.

The scope of Fernstrum’s registration includes the engineering, design, manufacturing and sales of heat exchangers for marine and industrial applications.

Published by the International Organization for Standardization, ISO 9001:2015 is an internationally recognized quality management system based on a set of guiding principles to help monitor and improve an organization’s performance — ensuring customers receive consistent, quality products and services.

“Nearly 70 years ago, we introduced the first factory assembled, engineered keel cooler. Today, as part of our commitment to continually improve our ability to meet and exceed our customers’ needs, R.W. Fernstrum & Company has obtained ISO 9001:2015 certification. An international standard that reinforces our commitment to customers and provide new customers the confidence to build the same relationship on a foundation of innovation, quality and reliability that we have generated with others over the last seven decades,” stated Sean Fernstrum, president, R.W. Fernstrum & Company.