A 52-year-old veteran Newfoundland fisherman died after falling overboard from an offshore fishing vessel on May 28.

The Transportation Safety Board (TSB) reported that the fisherman, identified as Robert Colbourne of St. Lunaire-Griquet, N.L., went overboard while working on the Newfoundland Victor about 400 kilometres northeast of Nain, between Labrador and Greenland.

The TSB has deployed a team of investigators to St. Anthony, Newfoundland and Labrador, following the accident. The TSB will gather information and assess the occurrence.

An RCMP spokesperson said the St. Anthony RCMP detachment, the Office of the Chief Medical Examiner and Occupational Health and Safety will also be investigating.

Colbourne was described as very experienced fisherman. He started fishing with his father when he was a teenager in L’Anse aux Meadows. He then started fishing in many boats on the southern shore.

He also fished with some of his uncles on the vessel Calm Sea for seven years. After that, he fished as a second trawl boss on the Acadienne Gale II for 16 years. Finally, he fished on the Newfoundland Victor for the past two years.

Despite the official search being called off, the Prince Edward fishing community is continuing its search for 23-year-old Jordan Hicken.

The Montague-based fisherman was lost while fishing out of Naufrage Harbour during the early morning hours of May 21. The search has now become a missing persons case coordinated by the RCMP.

Local police say there were 76 kilometres of shoreline covered from Savage Harbour to East Point with 67 kilometres covered on foot. Drones were also involved in the effort.

As many as 60 local boats from Naufrage, North Lake and Redhead harbours were involved in the initial search for Hicken. He was described as an experienced fisherman who had fished for several years, including in Nova Scotia.

In a press release, the company, owned jointly by QuinSea Fisheries Limited and Quinlan Brothers Limited, said the plant was a total loss, but all employees evacuated without any incident or harm and the property and equipment were fully insured.

“Gulf Shrimp Limited has made plans to provide employment to all of its production employees and staff at Black Duck Cove at other processing facilities in N.L. Employment will require temporary relocation, however, the company will provide accommodation and relocation allowances for all its employees to ensure they secure meaningful seasonal employment. The production facilities at Old Perlican are able to accommodate the employment of the entire workforce at Black Duck Cove. In addition, the company and its owners will ensure that all of the fishing enterprises, that it depends on for its raw material supply, will be serviced consistently and without any disruption to their operations.” 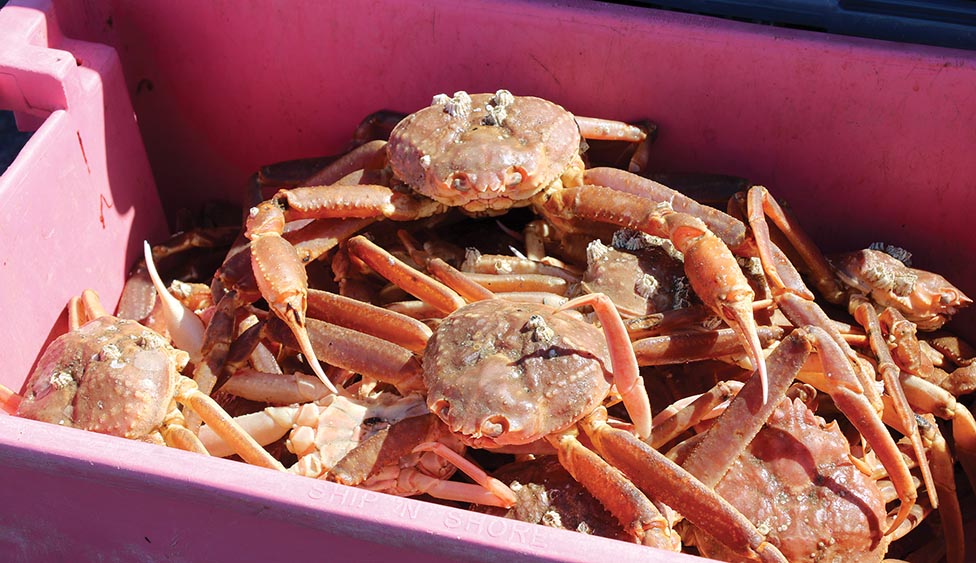 In early June, the FFAW snow crab negotiating committee submitted a final price offer of $5.07/pound, while the Association of Seafood Producers (ASP) submitted a price of $4.95. The panel made the decision to approve FFAW’s proposal of $5.07.

“The panel has carefully considered the presentations of the parties,” the panel released in a statement. “It sees less uncertainty and an improved outlook for the rest of the year. In the interest of fair sharing, an improvement in price is warranted. It is the decision of the panel to accept the FFAW offer.”

The FFAW-Unifor had filed an application with the Standing Fish Price Setting Panel to reconsider the minimum price on snow crab. The FFAW and ASP are only allowed to submit one application for price reconsideration on snow crab a year. ASP submitted their application in May with the price proposal of $4.90, which was approved and went into effect on May 18. That number had replaced the harvester price proposal of $5.38, which was a $0.48 reduction from the highest minimum price ever set for snow crab.

The FFAW’s recent application was based on the assertion that the crab market had rebounded in the period since the panel’s May 17 decision. Price for 5-8 oz sections increased $0.15 from $7.95 U.S. to $8.10 U.S. The argument from FFAW was that the price changed the trajectory of the market. 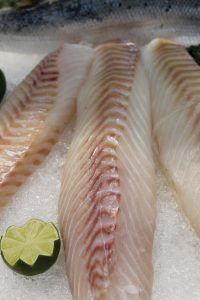 FISH-NL Sounds Off on Cod Price

The Federation of Independent Sea Harvesters of Newfoundland and Labrador (FISH-NL) says the 2019 negotiated price of cod is an insult to inshore harvesters.

“Harvesters right around the province say the price of cod wasn’t negotiated for them, but for the plants,” says Ryan Cleary, President of FISH-NL.

“Harvesters have done everything asked of them when it comes to cod — shorter trips to sea, and bleeding, gutting and icing the fish. As a bargaining agent, it’s the FFAW’s job to ensure they get paid for those efforts, and the union has failed miserably.”

The FFAW-Unifor and Association of Seafood Producers recently agreed to cod prices for the 2019-2020 season.

“I thought for sure we’d get at least $1.20 a pound this year for our fish,” said fisherman Jason Sullivan, Secretary-Treasurer of FISH-NL. “The average price will be around 70 cents, which raises the question who’s negotiating for the FFAW because they must have escaped from an asylum.”

“The wharf price is so low the U.S. market considers our fish an inferior product,” he added. “If we’re selling cars and I’m selling mine for half the price as the guy next to me people will assume there’s something wrong with the car.”

N.B. Processing Plant Back Up and Running After Fire

A February 24 fire claimed the Cape Bald Packers lobster-processing plant in Cap-Pelé, while a February 7 fire destroyed its plant in Richibucto Village.

The processing plants employed hundreds of workers in each of the communities and surrounding areas.

About 450 workers are now back on the job.

Icewater is the largest producer of Atlantic cod fillets and loins in Canada.

The Marel purchase of the $1.6-million FleXicut for its 70,000-square-foot cod plant completes the planned $10-million , multi-year investment at the Icewater Seafoods facility. Since 2018, the company has added leading edge heading, filleting and skinning machines, as well as a state-of-the-art ice management system.

“Icewater is the only processor in North America dedicated full-time to Atlantic cod production and we’re committed to being among the best in the world,” explained President and CEO, Alberto Wareham.

“Icewater already has an unwavering commitment to quality and this final piece of our $10M investment will ensure we remain competitive on cod with the best of Iceland and Norway.”

The FleXicut automatic pinboning and portioning machine uses X-ray vision to locate the pinbones and cuts using waterjets and knives to remove bones and portion fillets. The automation of bone removal with the revolutionary machine raises productivity and greatly improves product handling and yield.

The FleXicut system at Icewater will also include intelligent product distribution. FleXisort automatically allocates each of the various outputs to different product streams, thereby saving time and further increasing efficiency.

“Members across the country have helped the association fund this effort in order to enhance knowledge on key issues related to the ferry sector. Today’s announcement is the culmination of efforts that started in 2017 by the association. The impact will be felt throughout the country, including in remote and indigenous communities where ferries play an important role,” Buy said.

“I thank the Canadian Ferry Association for its confidence in the Marine Institute with this investment in our research, education and mainly, our people,” Blackwood added.

The funding of the industrial research chair will make it possible for the institute to expand its research capabilities into technologies used on marine passenger vessels, recruit elite researchers and develop new academic programming in this field.

The chair, along with postdoctoral fellows and graduate students, will conduct research related to new marine technologies and how they will benefit the marine passenger transportation industry.

The research will focus on emerging technologies in the areas of efficient propulsion systems, robotics and autonomous systems, analysis of data collected onboard vessels and underwater radiated noises.

The research will take a multi-year approach in collaboration with stakeholders in the marine industry and faculty from the Marine Institute. 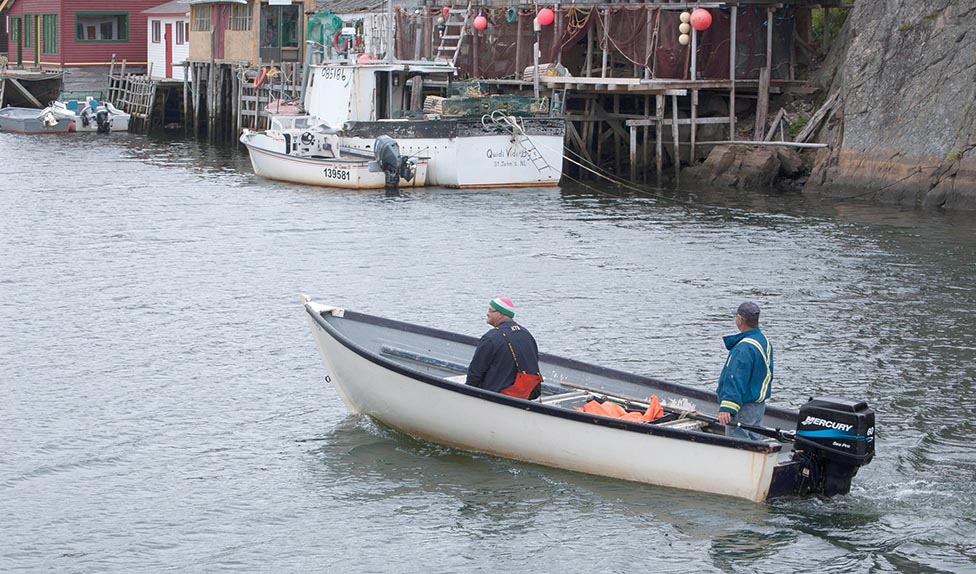 There will be no changes in the rules for this year’s Newfoundland and Labrador recreational groundfish fishery.

Like last year, the Department of Fisheries and Oceans (DFO) announced that the fishery will be open for a total of 39 days and to the chagrin of many on the commercial fishing side, there will be no requirement for licences or tags.

Recreational fishers are limited to five groundfish per day (including cod). However, the maximum boat limit when three or more people are fishing is 15 groundfish.

For 2019, tour boat operators will be eligible to apply for a license to seek an increased trip limit. This license will have harvest reporting requirements.

For safety reasons, fishing is only permitted from one hour before sunrise until one hour after sunset. The public is reminded to follow safe boating practices and be aware of local weather and sea conditions before leaving port.

Participants in the recreational groundfish fishery are further reminded to inspect their catch carefully for pink or yellow tags, located on the back of the fish. The tags are uniquely numbered and have a DFO address and reward value ($10 or $100) printed on them. Participants should return the tag along with the location and date of capture, and include their mailing address, to claim the tag reward.