The lobster processing plant, Les Pêcheries de Chez Nous was located in Val-Comeau, a small coastal community in the regional municipality of Tracadie.

The blaze broke out shortly before 3 p.m. and took firefighters about three-and-a-half hours to get under control.

“The plant is a total loss,” he said.

He said the plant was in production at the time, and many of the people working there weren’t able to get their personal belongings, including car keys, in the scramble to exit the building.

There were no injuries.

The plant, which employed about 250 to 300 people, was completely destroyed.

The cause of the fire is still under investigation. The plant is just one of several that has been destroyed by fire over the last few years.

Les Pêcheries de Chez Nous opened in 2000 and the company was purchased by Thai Union Canada. It received $250,000 from the New Brunswick government in 2017 to help fund an expansion of its operations.

According to Seafoodnews.com, the company announced it is seeking a new general manager in the Netherlands to oversee its sales efforts in Europe.

“The European market is a very important part of our business and has been for a long time. Over the last several years, we have seen an increase in demand for our wild-caught seafood in Europe,” says Martin Sullivan, CEO, Ocean Choice International.

“To support this growing demand and to better serve our European customers, we are expanding our sales support with the addition of a general manager to drive our market expansion, while working with our established sales team to meet the needs of our customers. As we expand, we remain committed to delivering quality, year-round seafood to our customers.”

The expansion of Ocean Choice’s sales operations in Europe comes as the company is set to introduce its new state-of-the-art green class groundfish vessel, the MV Calvert. The vessel, which entered the fleet in June, will harvest yellowtail and redfish. The vessel boasts advanced technologies to maximize yield and quality and reduces processing times to “deliver market-ready products to customers around the globe.”

The October 11, 2019 suspension was due to the company’s failure to disclose to the department in a timely manner, all information regarding the fall 2019 salmon mass mortality event for all 10 sites, which constituted a breach of licence conditions for these sites.

In the wake of the mass mortality event, MOWI has established numerous protocols and practices to better prevent or mitigate a similar event. Further, through consistent openness and transparency, the company has been proactive in its efforts to regain the public trust that was significantly impaired by the mortality event.

Consistent with the findings of the Aquatic Animal Health Division of Fisheries and Land Resources, the Marine Institute report concluded the salmon mortality event was due to an unusual set of natural environmental conditions, including prolonged high water temperatures over consecutive days, and low oxygen. The report also notes the department properly followed and adhered to all required protocols.

MAMKA — a collaboration of Mi’kmaq First Nation communities including Qalipu First Nation and Miawpuek First Nation — noted in its environmental report that the amount of shoreline affected at the time of the incident was small, with no impact found on seabirds.

In the wake of the mass mortality, the provincial government’s Aquaculture Policies and Procedures have been strengthened and now include world-leading policies that compel companies to publicly disclose federally reportable disease and abnormal mortality events, regardless of cause, in a timely manner. Failure to do so could result in license suspension or cancellation.

MOWI has been working to ensure it is prepared to better prevent or mitigate abnormal mortality events by:

Before restocking occurs on the 10 affected sites, the company must abide by department policies and conditions.

Beginning in May, Canada’s offshore Northern shrimp harvesters will participate in an important pilot project enabling them to contribute towards cleaner, healthier oceans by helping to tackle challenges created by lost or abandoned fishing gear.

The initiative had been proposed to Canada’s Department of Fisheries and Oceans (DFO) in 2019 by the Canadian Association of Prawn Producers (CAPP), on behalf of its members’ vessels.

Lost or abandoned fishing gear, often referred to as ghost gear, pollutes oceans and contributes to the mortality of fish stocks. If not retrieved, ghost fishing gear can continue the destructive cycle of entangling and killing marine species for many years. The United Nations has estimated that 640,000 tonnes of abandoned, lost or discarded fishing gear enters the oceans each year. 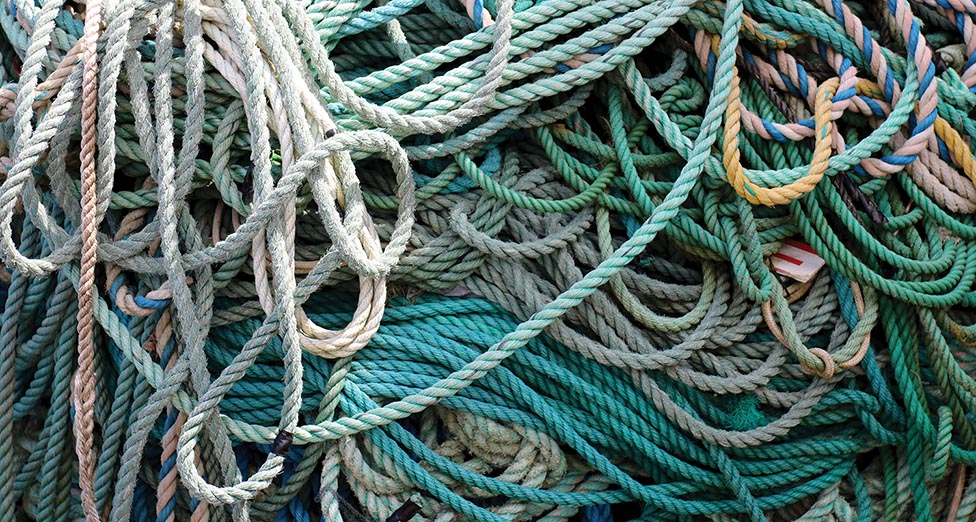 Canada’s offshore fish harvesters can encounter lost or abandoned fishing gear (primarily crab pots and groundfish gillnets), which becomes entangled in their own gear when they are fishing. Current regulations do not allow them to bring this lost or abandoned gear ashore.

“My fellow harvesters have a deep respect and appreciation for the oceans and species they depend on for their livelihoods. Encountering ghost gear puts them in a catch-22 scenario whereby if they bring that gear ashore, they’re violating federal government regulations and risk being charged. But if they return the gear to continue polluting the oceans and ghost fishing, they’re violating their own morals,” explained Andrew Titus, former captain of Mersey Seafoods’ Northern shrimp vessel the Mersey Phoenix.

“This pilot project is an important step towards enabling harvesters to help reduce the negative impact of lost or abandoned fishing gear on Canada’s oceans, without being in contravention of government regulations.”

CAPP said that a successful pilot project will result in more fishers being authorized to safely retrieve and responsibly dispose of ghost fishing gear.

“Canada has made international commitments to reduce ghost fishing gear and harvesters want to help meet those commitments. We commend DFO for recognizing the opportunity in our proposal and approving this pilot project,” stated Mark Quinlan, President of Newfound Resources.

The pilot project is undertaken by offshore harvesters at no financial cost to DFO and will contribute to positive outcomes for Canada’s oceans. The project includes offshore vessels fishing Northern shrimp and also those fishing for Greenland halibut (turbot) in area 0A/0B involving about 15 vessels in total.

Fish harvesters continue to call for increased consultations — rather than less — when it comes to expanding oil and gas operations on their valuable fishing grounds.

“Each year the fishing industry is expected to adjust and adapt to the expansion of oil and gas, but there’s a blatant lack of consideration for the impacts it has on the fishing industry or the marine environment. Instead of improving consultations with affected ocean users, this new assessment process eliminates it,” says Keith Sullivan, FFAW-Unifor President.

As was noted by FFAW-Unifor during the consultation process, the socio-economic impacts to other ocean users, namely the commercial fishing industry, are not being factored into offshore oil and gas exploratory drilling project assessments. Specifically, there is no requirement for drilling proponents to consult with the commercial fishery industry prior to submitting paperwork for exemption from the federal review process with this new regulatory change.

The potential for exploratory drilling to interact with and directly affect the fishing industry is highly dependent on the nature, location, timing, activities and the equipment or gear involved. There are currently a number of exploratory leases in offshore Newfoundland and Labrador that overlap with valuable commercial fishing grounds.

“The socio-economic considerations of the fishery must be taken into account when determining new oil and gas exploration areas. The fishery is a billion-dollar industry that sustains rural Newfoundland and Labrador, employing tens of thousands of people in our province. Yet time and time again, this is overlooked by our governments,” says Sullivan.

Oil and gas proponents do not fully understand the considerable amount of fishing activity that is conducted in the Newfoundland and Labrador offshore. Early and effective consultation enables the proponent to understand the scope of concerns that fish harvesters have with oil and gas exploration and development in specific areas. With respect to exploratory drilling, the main concern is the potential displacement of harvesters from highly productive fishing grounds.

Early consultation allows for additional factors to be considered by the proponent from the onset of their project. Exploratory drilling programs need to be well planned to strategically avoid certain areas at certain times due to weather, wave heights, ice, etc. This operational planning must also fully consider open fishing seasons, and with the newest changes announced this week, that will not happen.

As COVID-19 continues to impact seafood distributors, one member of the Cooke Seafood family of brands has pivoted to provide Canadian consumers with fresh seafood.

AC Covert, a company that typically caters to retailers, restaurants and the tourism and hospitality sector began offering seafood boxes for home delivery in Nova Scotia, New Brunswick and P.E.I.

“With the travel restrictions, we saw an opportunity to make it easier for people to buy seafood from our region,” said Joel Richardson, vice president of public relations for Cooke.

“We have been working hard to supply grocery stores, because in the Maritimes, seafood is a huge part of our culture which brings comfort during challenging times. Our seafood boxes are an ideal care package to send to family or friends you haven’t seen for a while. 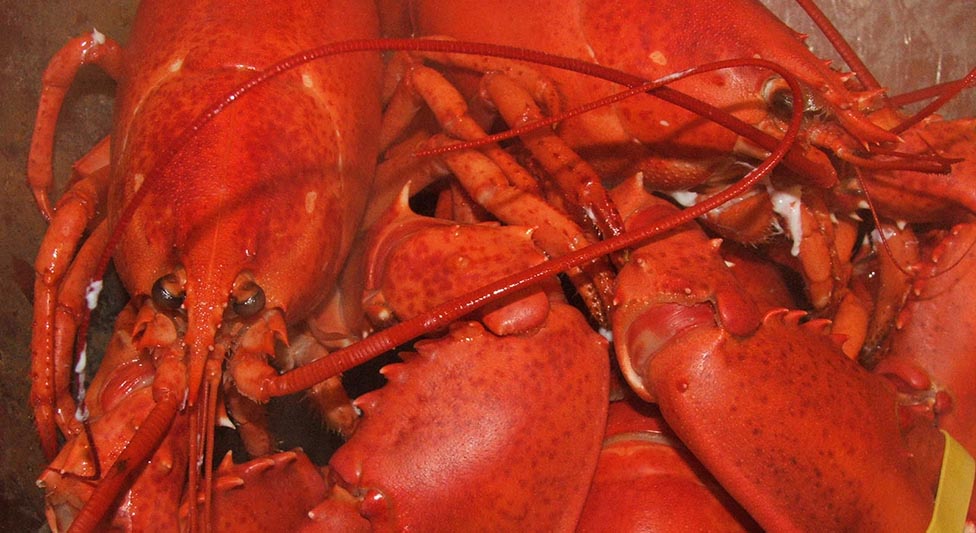 The boxes feature products from Cooke’s True North Seafood line along with other locally farmed and fished options from Atlantic Canadian companies. Cooke noted one of its more popular options is the “Fintastic Fresh” box which offers two pounds of fresh haddock fillets and two pounds of fresh Atlantic salmon fillets, and the “Slammin’ Salmon” box featuring an assortment of salmon options.

Other boxes available for home delivery include: 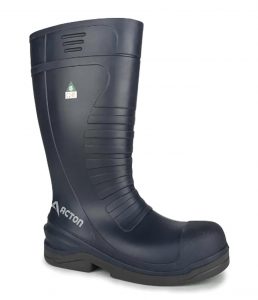 Chaussures Régence, a Canadian company founded in 1979, has just launched Ocean, the newest boot from its Acton brand.

This new product is specifically designed to ensure the safety of professional fishermen. It offers a grip on wet surfaces such as docks and boat decks.

For 40 years, Chaussures Régence has been the benchmark in the design, development and marketing of safety shoes under the Acton, STC, Wilkuro and Oshatoes brands. The company is also a distributor of the Cofra and Dunlop brands in Canada.