No Cuts to Capelin Fishery

In early June, the Department of Fisheries and Oceans (DFO) announced that for the 2022 fishing season the total allowable catch (TAC) will increase by 10 per cent for the capelin fishery in the Gulf of St. Lawrence (4RST), to 10,225 tonnes.

DFO said this decision recognizes the relatively positive outlook for the stock, helps secure the employment of local plant workers and recognizes the importance of capelin as a forage fish in the ocean ecosystem.

Starting in 2023, a 25-tonne interim allocation from the 4RST capelin TAC will be set aside to allow the small weir fishery in the St. Lawrence estuary in subdivision 4Tp to open earlier than in previous years, dependent on the sustainability of the stock.

DFO also announced that the TAC for the capelin fishery off the coast of Newfoundland and Labrador (2J3KLPs) will be maintained at 14,533 tonnes.

“A rollover is a balanced approach that recognizes the concerns with the 2J3KLPs stock status, after a 25 per cent TAC cut the previous year, while recognizing that a precautionary approach framework and limit reference points are under development for the stock with the objective to have them in place to inform the 2023 management decision,” DFO noted. 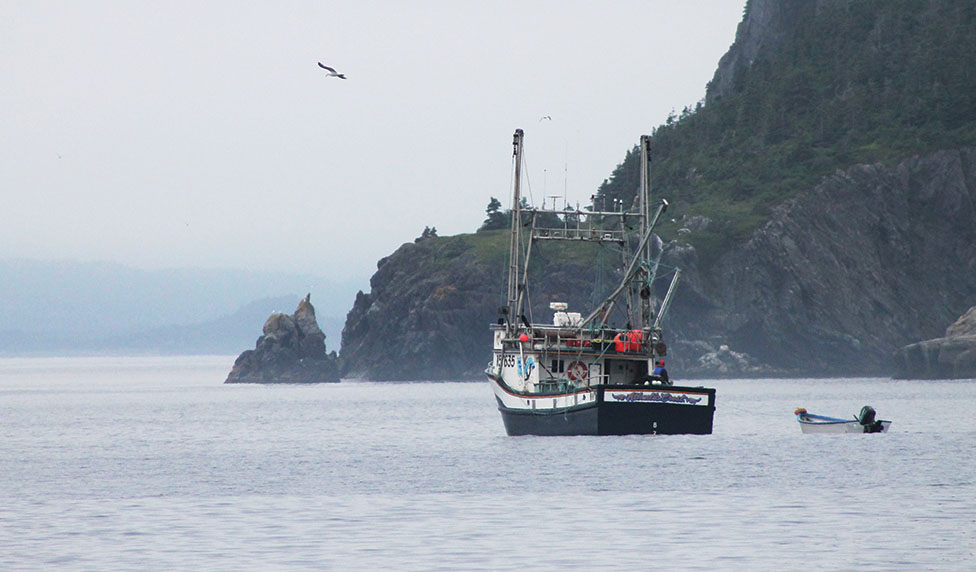 New Brunswick exported more than $2.2 billion in seafood products to more than 70 countries around the world last year, setting a new sales record.

This was bolstered by $1.2 billion in lobster sales, the province’s top-exported seafood product.

“To see an increase of $800 million in seafood exports over the previous year is incredible and sets another all-time record for New Brunswick,” said Agriculture, Aquaculture and Fisheries Minister Margaret Johnson.

“Despite ongoing challenges related to the COVID-19 pandemic, I am very proud our fish and seafood industries were able to pivot and refocus their marketing efforts, which have clearly paid off.”

To help keep the momentum going, the department has developed a new brand and logo for use in its food and beverage export markets: New Brunswick — Deliciously Canadian.

The department is also partnering with Moncton’s Dennis Prescott, a celebrated chef and cookbook author who co-hosts a Netflix series and has more than 600,000 followers on Instagram. Through a number of social media videos, Prescott will promote New Brunswick agriculture, aquaculture and fisheries products.

“New Brunswick is the birthplace of deliciousness,” said Prescott. “The absolute best lobster, oysters and pure maple syrup anywhere in the world… and that is just the tip of the iceberg. As a proud New Brunswicker, it is an honour to work alongside the province, promoting our world-class products and incredible people.”

The Government of Canada and the Province of Nova Scotia recently announced funding support to the Verschuren Centre for Sustainability in Energy and the Environment (the Centre) through the Atlantic Fisheries Fund (AFF).

A total contribution of over $2 million will be provided to help the Verschuren Centre with the development of a land-based oyster hatchery. Once open, the hatchery will prepare broodstock and provide healthy seed, followed by facility decontamination of equipment and water, which prevents unnecessary spread of MSX (an oyster parasite) between oyster aquaculture sites.

Funding this project addresses two of the main priorities for oyster growers in Nova Scotia for the past 15 years: finding a way to address concerns and the spread of MSX and a lack of oyster seed. The lab-based process established at the Centre will reduce parasite prevalence and intensity in MSX infected oysters resulting in almost zero mortality.

The contribution comes from the $400-million Atlantic Fisheries Fund, jointly funded by the federal and provincial governments and focuses on increasing opportunities and market value for sustainably sourced, high-quality fish and seafood products from Atlantic Canada. 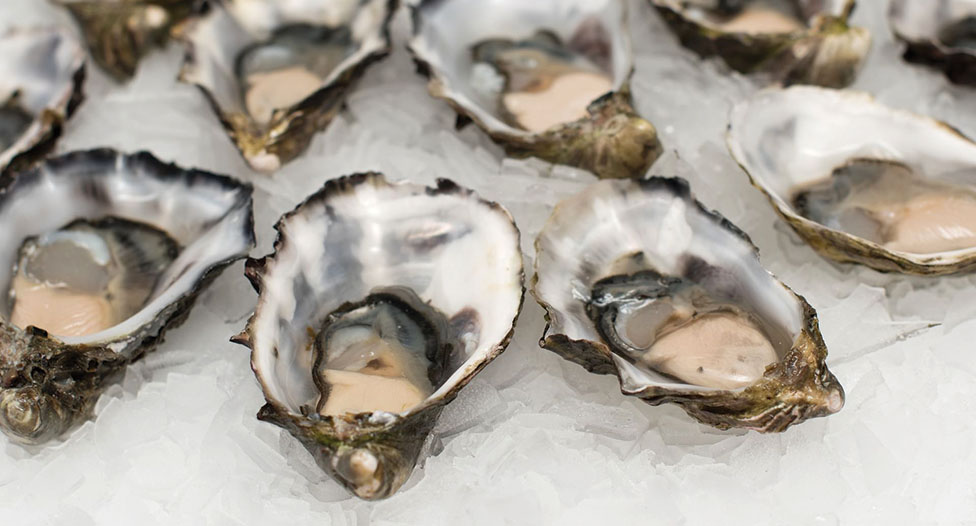 Another First Nation to Pursue Moderate Livelihood Fishery in N.S.

Fisheries and Oceans Canada (DFO) announced that it has reached an agreement with We’koqma’q First Nation that will see its members fishing jakej (lobster) in pursuit of a moderate livelihood fishery.

The news comes about a month after DFO’s renewed understanding with Potlotek First Nation.

We’koqma’q will also move to sell its catch under an amendment to We’koqma’q’s and Potlotek’s amended Netukulimk Livelihood Fisheries Plan and supported by a DFO-issued authorization.

The plan was developed by the community with collaboration from Potlotek First Nation, the Assembly of Nova Scotia Mi’kmaw Chiefs and Kwilmu’kw Maw-klusuaqn Negotiation Office (KMKNO).

DFO Minister Joyce Murray said “Consistent, sustainable and collaborative fisheries arrangements are critical to achieving reconciliation and implementing treaty rights. I thank We’koqma’q, Chief Bernard-Daisley, KMKNO and all harvesters for their partnership throughout the discussions. I remain committed to reaching these understandings together, while ensuring the fishery remains sustainable and prosperous for all Cape Bretoners by not increasing fishing effort.”

We’koqma’q harvesters designated under Potlotek and We’koqma’q’s amended Netukulimk Livelihood Fisheries Plan and supported by the DFO authorization will fish during the established 2022 commercial seasons in Lobster Fishing Areas (LFAs) 27 and 31A with a trap limit of 210 in each.

These LFAs are within the Unama’ki District where We’koqma’q and Potlotek are located, DFO explained in a press release.

The funding will head to six recipients in the seafood industry under the AgriMarketing program to help the organizations promote and market Canadian fish and seafood products to increase growth in the sector.

Agri-Food Canada said that those exports are a critical part of the seafood industry as it generates $8.7-million worth of exports every year. It further explained that by investing to grow and expand trade markets, Canadian seafood will be shared with more consumers around the globe and benefit the Canadian economy.

The Global Seafood Alliance (GSA) announced Atlantic Canada as the host of the 22nd edition of the GOAL conference in the fall of 2023.

GOAL: The Responsible Seafood Conference will bring 500 seafood industry leaders from around the globe to Saint John, New Brunswick, the GSA shared on May 18. This will be the second time the event is held in Canada, with Vancouver serving as the host in 2015.

“Atlantic Canada is a major seafood producer on the global aquaculture scene, particularly with salmon. The region’s finfish and shellfish aquaculture farmers have embraced best practices and are highly regarded as responsible and significant contributors to the rural coastal economy and working waterfronts in New Brunswick, Nova Scotia, Newfoundland and Prince Edward Island. Coupled with a rich tradition of wild-harvest fisheries, New Brunswick is an ideal fit for GOAL 2023 and GSA,” said GSA CEO Brian Perkins.

The bid for New Brunswick to host was led by the Atlantic Canada Fish Farmers Association (ACFFA), the trade association representing the region’s fish-farming sector. The group will work with both the federal and provincial governments and other industry bodies from both the farmed and wild sectors to deliver the event.

“As one of the regions that pioneered the global salmon farming sector, Atlantic Canada has become an extraordinary hub of innovative and sustainable aquaculture and cutting-edge marine research. We cannot wait to showcase Atlantic Canada’s science-based, collaborative approach to sustainable seafood production to the world,” said Susan Farquharson, executive director of the Atlantic Canada Fish Farmers Association.

“Hosting GOAL in Atlantic Canada will give our seafood professionals invaluable opportunities to learn from and connect with their counterparts from around the world so we can continue to evolve our sector.”

“Atlantic Canada has a deep relationship with the ocean and producing sustainable seafood. As a family company, we have always worked to improve operations and the quality of our products. Innovation is part of who we are, intrinsic to our east coast mentality and the values of everybody who works with us,” said Glenn Cooke, CEO of Cooke Aquaculture Inc.

The Seaward Enterprises Association of Newfoundland and Labrador (SEA-NL) congratulated the Government of Canada for finally recognizing that seals eat fish, but reminds Ottawa that foreign overfishing on/off the Grand Banks is as destructive as ever to commercial stocks.

In a press release, SEA-NL said unlike most countries, Canada’s continental shelf off eastern Newfoundland and Labrador extends beyond 200 miles, leaving migratory stocks such as Northern cod exposed to foreign overfishing once they swim to the high seas.

“High seas fishing on the nose and tail of the Grand Banks and rich nearby fishing grounds like the Flemish Cap, are regulated by the Northwest Atlantic Fisheries Organization (NAFO), which is seen as toothless, unable to enforce the quotas it sets. Under NAFO rules, Canada cannot charge a foreign dragger with illegal fishing. Rather, it is left to the vessel’s home country to investigate a complaint or notice of infringement issued by Canadian enforcement officers and follow up with possible penalties/court action, which amount to a slap on the wrist.”

SEA-NL added that this past March, the Portuguese offshore factory-freezer trawler Nova Virgem Da Barca was issued the fifth notice of infringement in six years for fishing violations that include misreporting catches, use of undersized mesh and observer intimidation.

“It’s obvious that Canadian enforcement actions are not cutting it as a deterrent to foreign overfishing. The impact of foreign overfishing on our domestic fisheries may be as big or bigger than that of seals, and Ottawa must act on both fronts,” Cleary said.

Feds and Québec Partner to Invest in Seafood Sector

In May, the federal government announced that the Government of Québec is joining eight other provinces and one territory as a partner with Fisheries and Oceans Canada (DFO) in the Canadian Fish and Seafood Opportunities Fund (CFSOF).

The CFSOF is a cost-shared fund (70 per cent federal and 30 per cent provincial/territorial) that focuses on advancing a national approach to market access issues, as well as promoting branding and recognition opportunities for the Canadian fish and seafood sector.

Eligible applicants are not-for-profit industry organizations (e.g. associations and Indigenous groups) operating on a national, regional, or sector-wide basis in the fish and seafood sector who are active in, or supporting, marketing activities related to the sector.

A collection of organizations may also be eligible if they can demonstrate that they represent a significant segment of production within a sector and can demonstrate their ability to deliver a project from a national perspective.

Applicants may submit an expression of interest (EOI) to the CFSOF at any time. Eligible applicants who meet the principles, criteria and objectives of the program may be invited to submit a full proposal following the EOI stage.

Since 2018, nine projects, with total assistance of almost $9.7 million, have been awarded under the CFSOF.

The NLGIDC Wants to Know What Happened to the Lumpfish Resource?