Crew of OCI Vessel Safe After Fire Onboard

All crew members of the OCI fishing vessel Newfoundland Lynx are back in port safe following a small, contained fire aboard the boat on January 29.

The vessel safely docked at St. Anthony harbour — the closest port to where the vessel was fishing.

The Newfoundland Lynx was met by the St. Anthony Fire Department and the crew were discharged from the vessel. The company said it was extremely pleased with how quickly and professionally its employees acted to contain the fire. 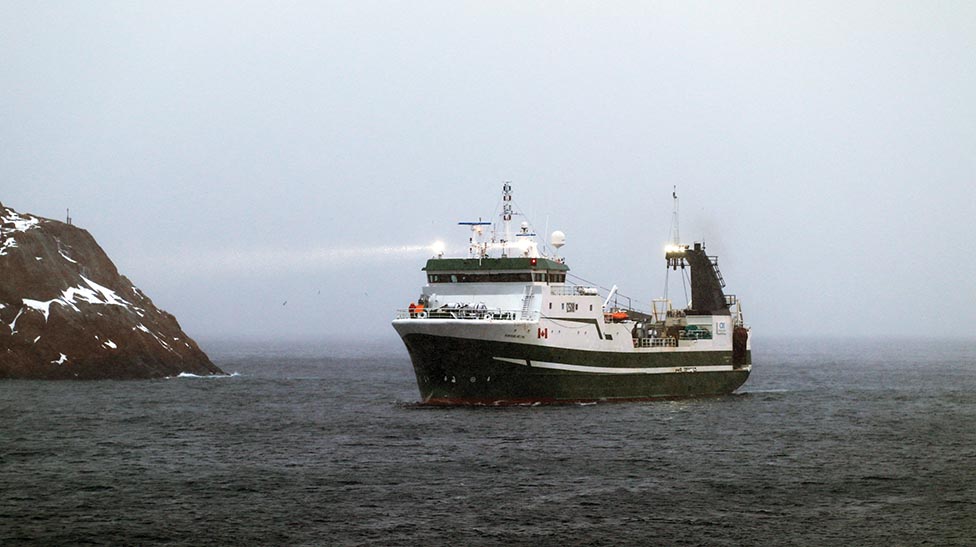 “We will continue to work with the proper authorities and an investigation into the cause of the fire will get underway over the coming days. It will take us some time to determine the extent of the damage. We send a sincere thank you to the St. Anthony Fire Department and the Siviluk — a nearby vessel — that provided assistance while the vessel was making its way to St. Anthony,” OCI said in a press release.

The Transportation Safety Board of Canada (TSB) announced it will be investigating the January 29 fire onboard the Newfoundland Lynx.

The TSB said it will be sending a team of investigators to Harbour Grace, N.L., where the vessel is docked, to gather information and assess the occurrence of the blaze.

A total of 19 companies initially submitted designs for fuel efficient fishing boat hulls. The other two finalists are Allswater of Halifax and Wedgeport Boats of Lower Wedgeport, Nova Scotia.

In the next round of the challenge, the National Research Council of Canada will build and test scale models of the designs at the Ocean, Coastal and River Engineering Research Centre in St. John’s.

The winners will be awarded $500,000 with the expectation that they will continue improving their designs and working towards commercialization. 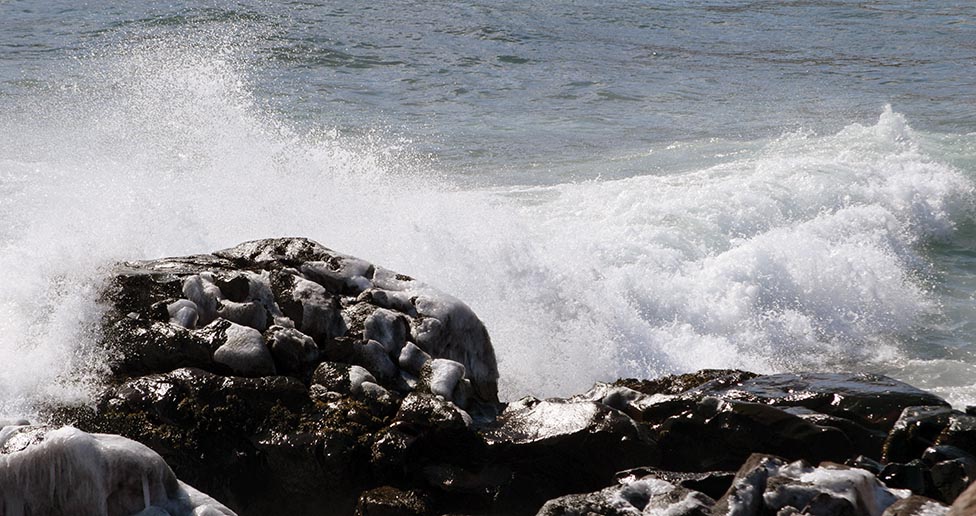 The polling was conducted in August and September of 2019, with 1,500 respondents split between Nova Scotia, New Brunswick, Prince Edward Island and Newfoundland and Labrador.

Atlantic Canadians greatly value the ocean’s role in our collective prosperity: 99 per cent of respondents stated that the ocean and the marine environment are important to the region’s economy. A majority (63 per cent) also thought that policies and laws that protect the environment help to grow the economy.

“People sometimes set up a false choice between a sustainable economy and a healthy environment,” says Susanna Fuller, Oceans North’s Vice-President of Operations and Projects. “But most Atlantic Canadians understand that policies which protect our ocean are also fundamental to enhance and protect sustainable livelihoods.”

Beyond its dollar value, respondents valued the ocean for its other contributions to well-being, as well as its intrinsic worth: People cited the ocean’s natural beauty, its importance as a food source and its ecosystem and wildlife. A total of 72 per cent of respondents also stated that they had access to fresh seafood, suggesting that the ocean is an important aspect of food security.

“Our experience working in coastal communities has taught us that people care deeply about the ocean and wish to see it protected from a wide variety of threats,” said Matthew Abbott, Marine Program Director at the Conservation Council of New Brunswick.”

“This poll suggests that decision makers should value ocean health highly to address the concerns of Atlantic Canadians.”

While the establishment of marine protected areas has been contentious in some coastal communities, 86 per cent of respondents supported a protected area where they live.

“Given the pressures of climate change, on top of our other uses of the oceans, the federal, Indigenous and provincial governments need to work with communities to create more strong protected areas, in the right places throughout our region, to safeguard the ocean nature that is so important to people in Atlantic Canada,” says Roberta Clowater, Executive Director of the Canadian Parks and Wilderness Society’s New Brunswick chapter.

When asked about major threats to the marine environment, plastic and pollution were top of mind (83 per cent and 82 per cent respectively). These were followed by climate change (67 per cent), overfishing (59 per cent), oil tankers and offshore oil and gas (48 per cent) and finally shipping and transport (21 per cent).

Participants supported stronger laws for pollution and plastic (86 per cent), the oil and gas industry (74 per cent), and fisheries (61 per cent) to address these threats. In terms of specific measures to protect the ocean, 85 per cent supported protecting endangered species and 73 per cent supported creating protected areas.

With regards to specific species measures, 86 per cent of those who were aware of the endangered North Atlantic right whale felt that protection efforts and conservation were highly important.

When asked who they trusted the most to manage and protect the ocean, 40 per cent of respondents mentioned the federal and provincial governments. Others listed conservation organizations, the fishing industry, local communities and scientists.

“It’s clear that we all need to work together through a collective effort to keep our ocean healthy, so that the benefits we have today can be here for future generations of Atlantic Canadians,” says Fuller.

Tracadie, N.B.-based Cube Automation recently announced that it has aquired the assets of Oceatec, based in La Pocatière, QC, a company specializing in the design of automated equipment for the food processing and seafood industry.

“This acquisition will allow the company to increase its presence in Quebec and offer its customers new technologies,” said Roch Chiasson, president of Cube Automation.

“By adding this anchor in Quebec, we aim to better serve our customers and develop new market segments.”

Founded 25 years ago, Cube Automation has been the leading provider of automation solutions for the seafood processing industry in Eastern Canada. Already having a strong presence in eastern Quebec, the company also offers its services to a variety of industry sectors, including those related to the integration of production lines, automation, robotics and the implementation of industry 4.0 solutions.

For 15 years, Oceatec has been working in the mechanical design of automated equipment, especially for the processing of seafood. Over the years, through the development of breakthrough innovations, the company has gained a dominant position in the processing sectors of sea urchins and sea cucumbers.

“By joining the Cube Automation team, we will have access to state-of-the-art automation and programming expertise,” says Pierre Patenaude of Oceatec.

“For our customers in Quebec, Cube Automation’s service offering will add value in the development of innovative solutions for the automation of industrial processes.”

The Canadian snow crab market has been firm throughout the end of 2019 and now into 2020, analyst Urner Barry recently reported.

Out of both the Gulf of St. Lawrence and Newfoundland and Labrador, supplies of Canadian snow crab are lightly held amid a continued and seemingly insatiable demand. Offerings on all sizes continue to firm and all sizes are at their all-time highs.

With other shellfish options around Canadian snow crab continuing to climb, i.e. king crab and lobster tails, the ceiling for snow crab appears to be extending higher.

The upward price pressure has also had an impact on the Russian snow crab market. All sizes have been firm recently and still higher offers continue to be collected. Through November, 21.2 million pounds have been imported from Russia into the U.S. market, which is 1.6 per cent higher than year-to-date in 2018.

Clearwater was one of the companies honoured in Mediacorp’s 11th Top Employers project which recognizes companies with strong human resources programs and forward-thinking workplace policies.

“We’re seeing more employers in Atlantic Canada go out of their way to improve the range of workplace programs and benefits they offer,” Richard Yerema, Managing Editor of the Canada’s Top 100 Employers project at Mediacorp said.

Mediacorp highlighted Clearwater’s Organizational Capability Awards and You Made a Difference Award, a peer-nominated honour. The company also boasts a strong maternity and parental leave policy.

Employees at Clearwater are also encouraged to continue their development and education. The company utilizes tuition subsidies for courses related to job responsibilities and subsidies for professional accreditation. Employees can also earn course completion programs for certain programs or courses.

Employers are graded on eight criteria: 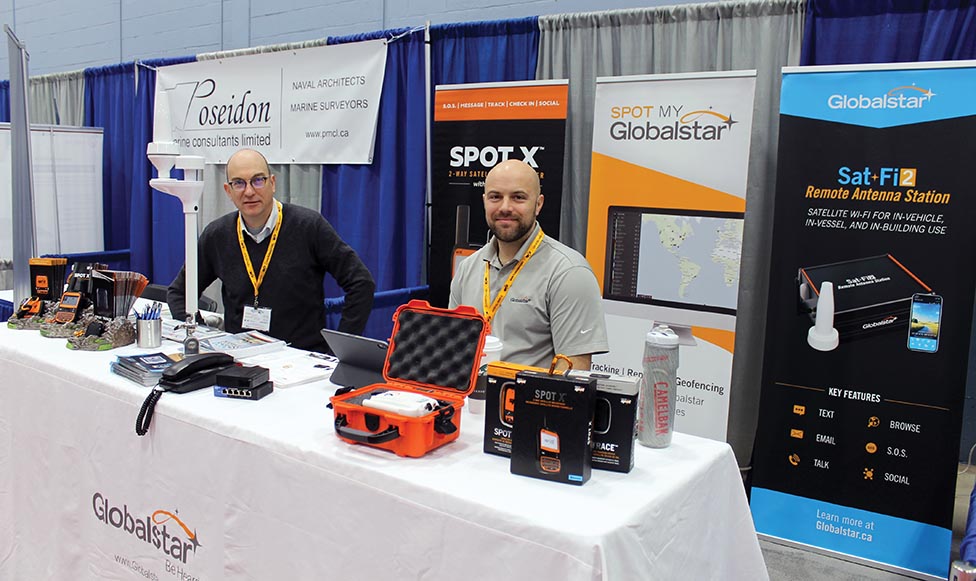 The Sat-Fi2® RAS utilizes satellite Wi-Fi hotspot technology enabling users to stay connected while they are mobile, and ideal for commercial marine users in remote locations and waterways. The solution includes two remote antenna options — a magnetic mountable antenna and a pole mountable antenna that addresses the demand for satellite communications on the water.

Globalstar’s satellite asset tracker SPOT Trace® from the SPOT for Business product line and SmartOne Solar and SmartOne C asset managers have been utilized to gain efficiencies in maritime operations around the world.

Globalstar not only provides the satellite infrastructure necessary for maritime voice communication, as well as Satellite Commercial IoT solutions that advance the personnel safety and communication needs of the modern-day maritime operation, but also leverages a competitive advantage to turnkey solution implementation, product support and a faster ROI realization.

Satellite Solutions from Globalstar continue to grow and align in more aspects of a maritime operation than ever before. Maritime operations can benefit from route optimization, maintenance cost management, asset tracking and remote monitoring capabilities, further enhancing their efficiencies and growth opportunities.

With SPOT My Globalstar, a web interface with multi-dimensional visibility into every aspect of operational data creates an automated approach to efficiencies and cost savings for any maritime business.

The SPOT X 2-way satellite messenger and SPOT Gen3 are also in high use both for the ability to track vessels with added S.O.S. capabilities for personnel safety. Globalstar, in partnership with GEOS, has had over 6,900 rescues around the globe.

Some fishing and government agencies require the S.O.S. feature for vessels in more dangerous areas as a protective measure and this business will continue to grow as more governments and agencies prioritize crew welfare and will even fund or subsidize smaller vessels.