A southern Newfoundland cod fishery recently gained Marine Stewardship Council (MSC) certification, demonstrating that it is possible for struggling fish stocks to recover and reach sustainability benchmarks that benefit both nature and communities.

The MSC certification of the southern Newfoundland cod fishery — known by its Northwest Atlantic Fisheries Organization (NAFO) Subdivision of 3Ps — comes after the successful completion of a WWF- led Fishery Improvement Project (FIP) in partnership with Icewater Seafoods Inc. 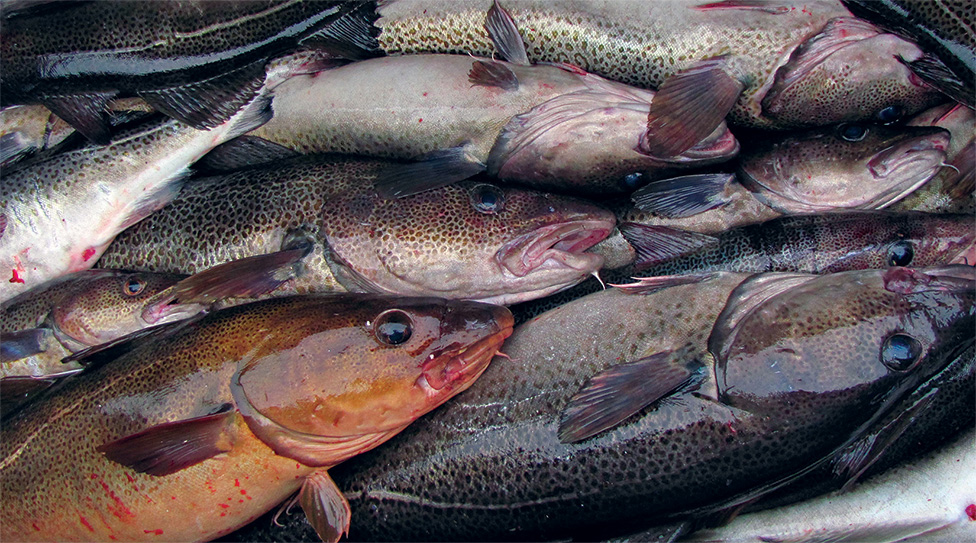 The FIP was a collaborative project that included partners from industry, governments and NGOs and was designed to improve the health of the fishery so it could enter into the independent MSC certification process.

While some Atlantic Canadian cod fisheries are still recovering from low levels, promising stock growth saw a small commercial fishery open in the 3Ps management zone in 1997. In 2011, WWF and Icewater Seafoods Inc. initiated a FIP for the 3Ps cod fishery to help the stock rebuild. Ocean Choice International, The Fish, Food and Allied Workers Union (FFAW), Fisheries and Oceans Canada (DFO) and the Newfoundland and Labrador Department of Fisheries and Aquaculture (DFA) also supported the FIP.

After three continuous years of positive stock assessments, the fishery entered into assessment against the Marine Stewardship Council (MSC) standard for sustainable fisheries in March 2014.

The Government of Canada recognized the leadership of the Harbour Authority of East Ferry, which has been instrumental in organizing the cleanup of the harbour area and the site of a former fish plant, and the efforts of local students, who contributed as part of their community projects. As a result, the harbour is in safe and operational condition for users.

For the clean-up, the Harbour Authority of East Ferry obtained funding from Fisheries and Oceans Canada’s Small Craft Harbours Program. It also received assistance from two outside organizations: The Clean Foundation, a non-profit, environmental non-government organization and Waste Check, the authority responsible for solid waste management in Nova Scotia’s western region. Support was also received from the municipality, local businesses, schools and residents.

The Prix d’Excellence is awarded annually to celebrate the exemplary contributions of harbour authorities to Fisheries and Oceans Canada’s Small Craft Harbours Program. The award recognizes teams and individuals who have made significant contributions to local harbours and their communities.

The National Environmental Stewardship Prix d’Excellence nominees are judged on their commitment to the environment as evidenced by an initiative or service that has produced measurable, positive change or has succeeded in addressing or mitigating an environmental issue at their harbours.

Dalhousie University is proposing to establish the Ocean Frontier Institute, based in Halifax, which would require $99 million in federal funding.

The Ocean Frontier Institute would bring together international scientists, students and industry to focus on issues such as climate change, reversing fish species collapses and evaluating the sustainability of aquaculture, the university said.

Dalhousie, in partnership with the University of Prince Edward Island and Newfoundland and Labrador’s Memorial University, is trying for a second time to win funding under the Canada First Research Excellence Fund grant (CFREF).

The proposal is made more tantalizing because Dalhousie says it has been promised matching funds from an anonymous, private donor — but only if the school secures the federal funding.

Projects that make the shortlist for the CFREF will be announced by July, with winners selected this fall.

The P.E.I. Seafood Processors Association and Skills P.E.I. have launched a new marketing campaign — and a cash bonus — to encourage more high school and university students to work in Island seafood plants.

If they take a seasonal job at a seafood plant, they will get a cash bonus at the end of the summer before they return to class.

P.E.I. Seafood Processors Association said high school students will receive a $500 bursary for their tuition and university students will receive $1,000. The cost of each bursary will be split between Skills P.E.I. and the individual fish plants. Students who are interested can apply at TeamSeafood.ca.

Wedgeport Company Gets ACOA Loan to Help in Asian Expansion

Ocean Pride Fisheries Ltd. of Lower Wedgeport, Nova Scotia is undergoing a modernization and expansion of operations following a $500,000 (re-payable) investment by the federal government through ACOA’s business development program — an initiative the company says could create about two-dozen new jobs.

This federal contribution has enabled the acquisition of specialized equipment that will allow the Yarmouth County company to continue its sea cucumber research and development, as well as enhance its production efficiency program.

Over the coming months, the new equipment will enable Ocean Pride to streamline production, improve product quality and increase output volume for its cooked and dried sea cucumber products.

Another benefit of the process improvements will be the extraction of fish oils for the nutraceutical market. The improved product lines are expected to further strengthen already-significant market penetration in Asia. 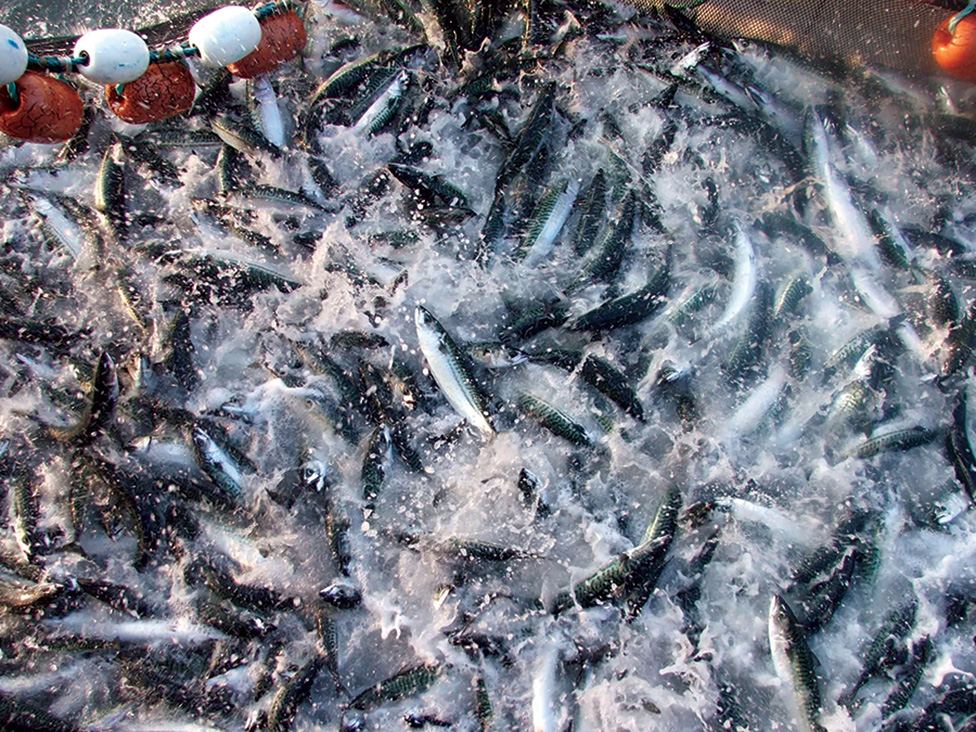 Number of Fish in the Ocean Could Double by 2050

Many fish populations around the world have been decimated by overfishing — but new research suggests that this could soon change if the world got its act together.

Fishermen around the world could harvest around 16 million more metric tonnes of fish than they do today and generate $53 billion more in profits, while more than doubling the amount of fish left in the oceans by 2050 if they adopted sustainable fishing practices, according to a report published in the Proceedings of the National Academy of Sciences.

Those practices would involve a so-called catch share model of fisheries management. In catch share systems, regulators figure out the maximum number of fish that can be hauled from the sea without hurting future fish populations. The regulators then divvy up that amount of fish into shares that are distributed to individual fishermen. Each fisherman has a set amount of fish they are can catch in the year.

In contrast, traditional fishery regulations set quotas for the total amount of fish that fleets can catch and imposes limits on the amount of days fishermen can fish or the equipment they can use. This leads to a free-for-all where individual fishermen try to net as much as they can before regulators declare the quota met and the fishing season over.

Newfoundland’s valuable aquaculture sector warns that without a federal subsidy, Marine Atlantic will create an unfair and unequal economic relationship with other Maritime Provinces, said the Newfoundland Aquaculture Industry Association (NAIA) in a recent press release.

According to NAIA, the loss of federal subsidies could lead to a doubling of freight rates resulting in higher costs of goods and services for every Newfoundlander and Labradorian who chooses to call this place home.

On February 6, 2016, Oceanex Inc., a shipping company based in St. John’s, filed an application with the Federal Court of Canada to conduct a judicial review of commercial rates effective on April 1, 2016. In its application to the federal court, Oceanex challenged the Terms of Union, and if successful, could potentially lead to the elimination of the federal subsidy to Marine Atlantic. According to reports, the Auditor General of Canada conducted two independent legislative audits on Marine Atlantic and neither indicated a problem with the legal authority for Marine Atlantic to receive federal subsidies from Ottawa.

“For the most part, our established and emerging markets whether in Canada, United States, Asia or the EU dictate that product has to be fresh. Salmon, trout and our organic blue mussels are in high demand around the world — if they are fresh”, explains Mark Lane, the executive director of NAIA.

“Fresh products must be shipped to market on a daily basis and for that we need Marine Atlantic.”

Lane continues, “Delayed travel scenarios are not an option if we are to remain globally competitive. Economic diversification is critical to long-term economic growth of this province. We strongly believe that seafood farming and the fishing industries are sustainable avenues to achieving economic diversity, ultimately reducing our government’s fiscal reliance on a revenue stream generated from a single natural resource. Now is not a time to penalize these industries.” 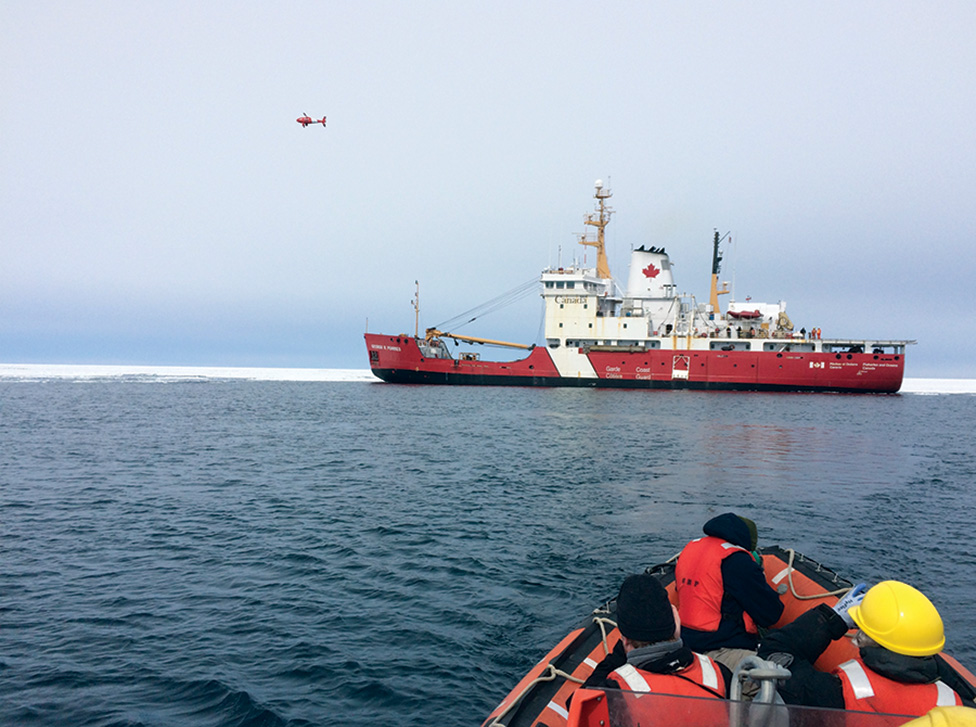 The Canadian Coast Guard, Transport Canada, the National Research Council and the Royal Canadian Navy recently flew an unmanned aerial vehicle (UAV), commonly known as a drone, near Fogo Island, off the northeast coast of Newfoundland, to assess its potential to support Coast Guard operations at sea.

On March 28, 2016, the UAV was launched from the flight deck of the CCGS George R. Pearkes, a light icebreaker and sent real-time data on ice conditions to the ship. This trial will help the Coast Guard determine how UAVs can assist during icebreaking operations. It will also help Transport Canada explore the use of similar technology.

The trials were conducted in partnership with Schiebel, the Austria-based company that developed the UAV. Alaska University and Memorial University of Newfoundland also lent expertise and participated in the trial.

“Through SkillsPEI, we’re focused on working closely with industry to give Island workers the chance to develop the necessary skills to maintain employment here on Prince Edward Island,” Brown said.

The P.E.I. Shellfish Association recently coordinated the delivery of an essential skills training program for 20 participants in western P.E.I. The oyster and clam fisheries make an economic contribution of approximately $25 million to the P.E.I. economy each year.

This training initiative, funded by Workforce and Advanced Learning through the Canada-P.E.I. Job Grant and the Department of Agriculture and Fisheries, was identified by the P.E.I. Shellfish Association as an important step to help industry participants understand and meet the strict regulations that ensure P.E.I. shellfish products are safe.

The four-week training program focused on quality management practices and food safety. Participants were able to increase their knowledge of handling and processing procedures, and improve their understanding of documentation and reporting requirements.

A troop of 13 new fishery officers recently graduated from the Fishery Officer Trainee program and will be joining the ranks of the Conservation and Protection Branch of Fisheries and Oceans Canada. 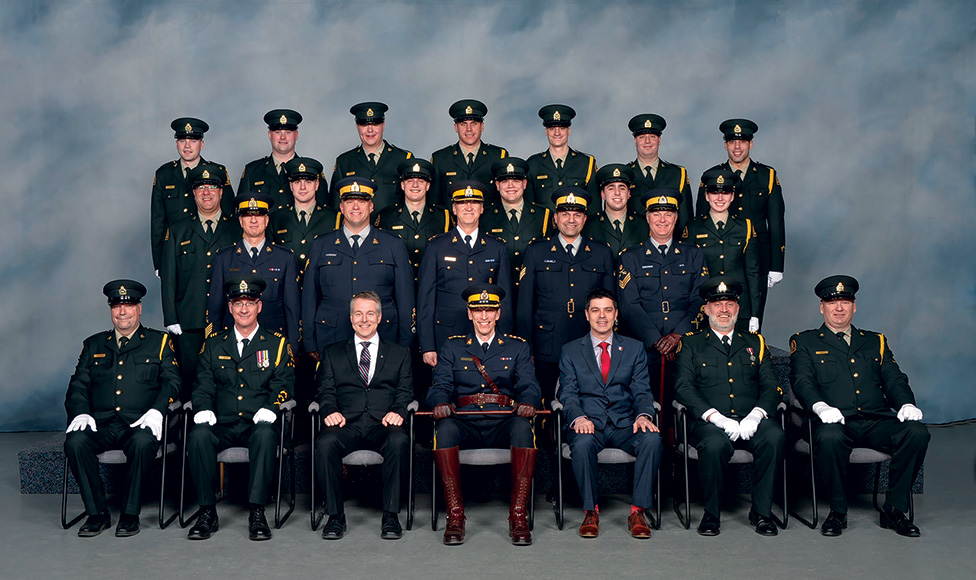 The graduation ceremony was held in Regina, Saskatchewan. Parliamentary Secretary Serge Cormier was on hand to congratulate the graduates in person on behalf of Minister Hunter Tootoo.

This is the first francophone troop of graduates since 2011. The new fishery officers were required to complete 16 weeks of classroom training, including nine weeks of training on enforcement methods at the Royal Canadian Mounted Police Training Academy in Regina, Saskatchewan.

The graduates will now complete 30 months of practical training in Conservation and Protection field offices across Quebec and New Brunswick.

Fishing Under a Shell of Worry: Crab Season Might be a Struggle in Many Areas, Despite Good Price