Captain Craig Sock and deckhand Seth Monahan have been identified as the fishermen who lost their lives after their vessel, the Tyhawk, went down on April 4.

According to reports from CBC, the vessel was owned by the Elsipogtog First Nation in New Brunswick and had left that community early Saturday to fish snow crab off Chéticamp, N.S. The three other crewmembers were rescued on Saturday evening.

The Joint Rescue Coordination Centre in Halifax received a call from the Tyhawk at 5:46 p.m. AT Saturday to say it was sinking and immediately commenced the search effort, which involved the CCGS Cape Roger.

The tragedy took place on the opening day of snow crab season. 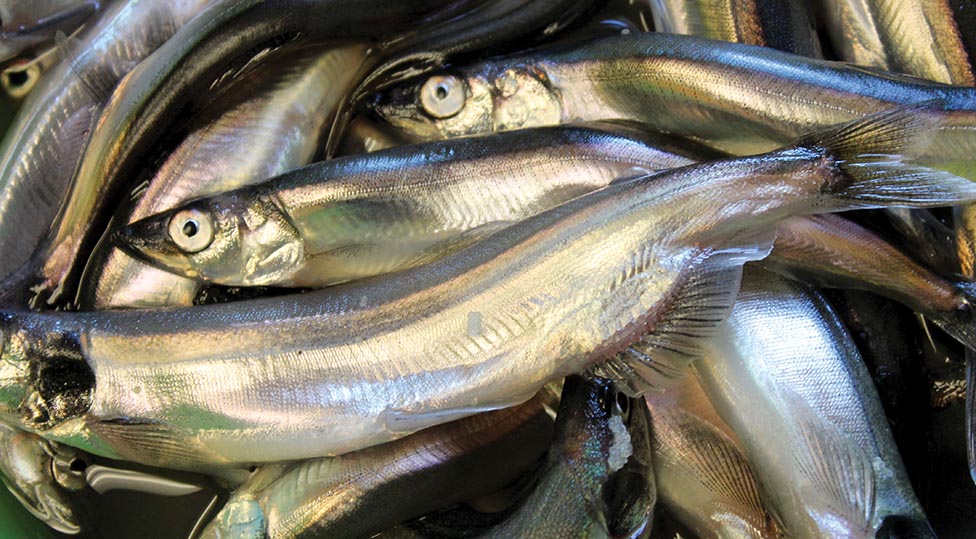 In response to the lack of recovery of collapsed capelin stocks, WWF-Canada is calling for a halt to the capelin fishery in Newfoundland and Labrador.

This comes as Fisheries and Oceans Canada (DFO) begins its science assessment for the 2J3KL capelin stock, a process which will provide a scientific update to inform the development of management measures (such as total allowable catch) for the upcoming fishing season.

DFO’s spring acoustic survey for capelin could not be completed safely in time for this year’s assessment. However, the 2020 assessment estimated abundance at just four per cent of levels in 1990 and projected the likelihood of further declines at 90 per cent.

“According to studies by DFO scientists and local and Indigenous knowledge, capelin abundance plummeted precipitously 30 years ago and has never recovered. Despite overwhelming evidence of a stock in critical condition, DFO’s precautionary approach framework has never been implemented. This means there are no formal limit reference points or pre-agreed upon harvest control rules for this crucial fish. Closing the fishery for now, until this precautionary approach can be applied, is an essential first step in allowing capelin populations to recover,” the WWF said in a press release.

Sigrid Kuehnemund, VP wildlife and industry, WWF-Canada said “There is no question. We are fishing a collapsed resource. In addition to the overwhelming scientific reports, coastal communities are reporting less or no capelin spawning on the beaches as well as a lack of capelin in the bellies of fish like char, salmon and cod. By failing to protect these forage fish, we are failing to prioritize the health of the ecosystem, which will have long-term impacts on the biodiversity and economic opportunities of the region.”

Members of the FFAW-Unifor recently congratulated Newfoundland and Labrador’s Premier Andrew Furey with a call for stronger support from the Liberal government to address the challenges facing the inshore fishery, and for all workers in this province, especially in a time of economic rebuilding.

“Like many other industries, the fishery in our province has been impacted by circumstances surrounding the global pandemic. What is needed most right now is a champion for our inshore fishery who is committed to creating opportunities for rural Newfoundland and Labrador and securing safe workplaces for all workers” says Keith Sullivan, FFAW-Unifor President.

During the last election, the Liberal Government made several commitments to FFAW-Unifor members, including improving transparency in price negotiations, investing in young harvesters, and ensuring sustainable and secure work in the local industry, particularly by eliminating barriers to new entrants, created by corporate concentration, the union stated in a press release.

“FFAW-Unifor had the opportunity to meet with Premier Furey during the Virtual Lobby Week in January to discuss the main areas of concern for their membership and what the union believes the provincial government can focus on to improve the livelihoods of workers throughout the province. A key focus for the union in these discussions was the need for transparency and fairness in fish price, the importance of supporting young fish harvesters and independent owner operators, as well as increasing minimum wage and standardizing PPE equipment.”

“We look forward to speaking with Premier Furey in the coming days to reiterate the priorities identified by FFAW-Unifor members. Provincial government must show leadership and commitment to our inshore fishery as we continue to navigate our way through these challenging times,” added Sullivan. 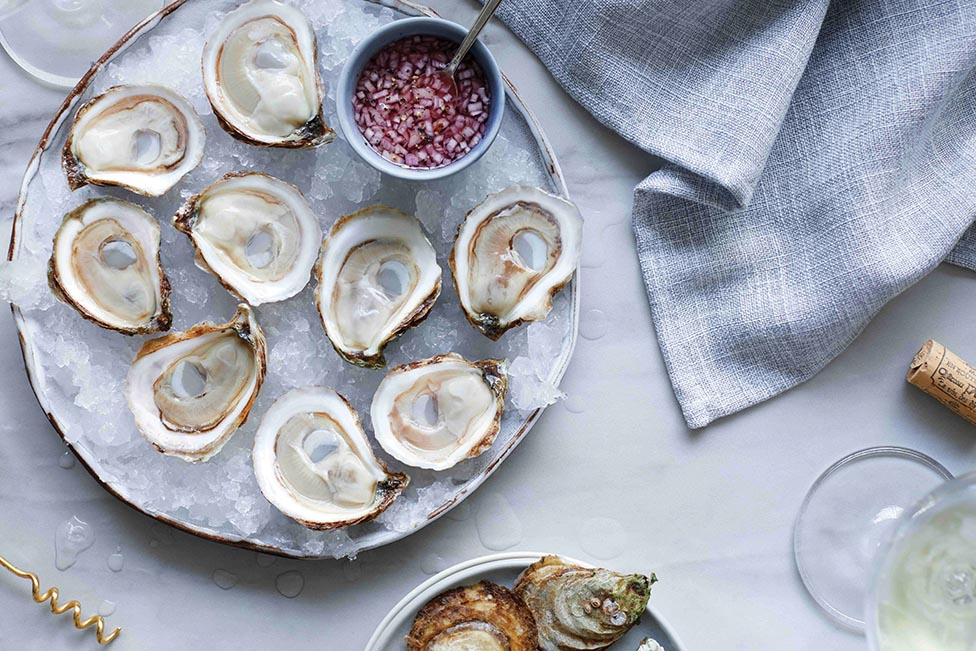 A New Digital Destination Dedicated to P.E.I. Mussels and Oysters

The Social Shell empowers consumers to enjoy oysters and mussels more frequently with simple tips for shopping, storing and cleaning, as well as oyster shucking tutorials, recommended tools and techniques for easy-at-home preparation and a variety of delicious recipes. The Social Shell will also showcase chefs and industry experts who will be debunking common misinformation around oysters and mussels, while sharing fun facts, interesting insights and their favorite cooking tips and recipes. 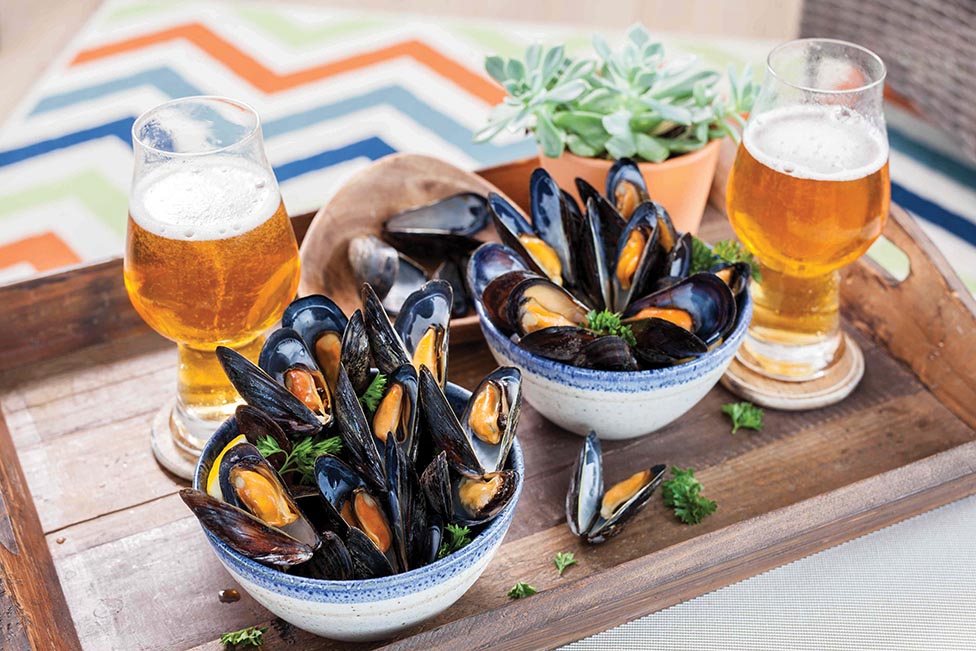 In addition to culinary inspiration, The Social Shell showcases the rich ecosystem of Prince Edward Island, highlighting the environmental impact of the industry and demonstrating why oysters and mussels are a great sustainable food choice. Consumers will be able to fully immerse themselves with the merroir of Prince Edward Island and get an inside look at the passionate fishers and growers committed to providing the vibrant and flavourful mussels and oysters that have become celebrated world-wide.

Armed with this new knowledge and a taste for P.E.I., consumers will be able to easily locate their nearest P.E.I. retailer or restaurant on the “Where to Buy” section of the website. Visitors to The Social Shell are encouraged to register to join the community for member benefits including access to exclusive content, virtual events, curated tools and merchandise, product discounts, prizes, a members-only Facebook group and more.

For more facts and insights like these, visit www.thesocialshell.com.

Cooke Gets Approval for Land-based Salmon Hatchery in Nova Scotia

The Nova Scotia Department of Fisheries and Aquaculture (NSDFA) posted its decision on March 23 and Kelly Cove Salmon Ltd., the Atlantic Canadian salmon farming division of Cooke, will have its new facility near Centreville.

“We have been sustainably operating Atlantic salmon farms for over twenty-three years in Nova Scotia for food production, and our aim is to grow responsibly by taking a coordinated, thoughtful, science-based approach and going through all the appropriate licensing and permitting steps,” said Joel Richardson, Cooke Aquaculture’s Vice President of Public Relations.

“We were pleased to see so many of the businesses, organizations and local governments who we have worked with over the years express support of our growth in Nova Scotia.”

With the new hatchery, Cooke is half-way through its capital investment plan for Nova Scotia.

“The $56.8-million construction project will provide the province with a world-class recirculating aquaculture system (RAS) investment with significant economic and social benefits for the province and would enhance Kelly Cove’s marine salmon farming operations,” the company wrote.

Supportive submissions were received by the NSDFA from the Town of Digby, Municipality of Digby, Digby Harbour Port Association, The Digby and Area Board of Trade, Bay Ferries Limited, Atlantic Chamber of Commerce, Town of Shelburne, Canadian Manufacturers and Exporters N.S. Division, Animal Nutrition Association of Canada, Aquaculture Association of Nova Scotia and A.F. Theriault and Son Ltd., Cooke Aquaculture said in a press release.

“We anticipate that it may take another year to secure all the required permitting and complete the engineering design,” said Richardson. “We are aiming to start construction in 2022, pending pandemic market conditions and permitting approvals.”

The company expects the hatchery to take three years to build, leading to 450 construction jobs, and once operational it will provide approximately 16 new full-time, year-round Kelly Cove Salmon positions, and another 18 indirect and induced jobs.

On March 5, Minister of Fisheries, Oceans and the Canadian Coast Guard, Bernadette Jordan announced the creation of stand-alone Arctic regions which can help create stronger programs and services to meet the needs of the country’s Arctic communities.

The new regions consist of the Yukon North Slope, Northwest Territories, Nunavut, Nunavik, Nunatsiavut, Hudson Bay and James Bay. This boundary includes all of Inuit Nunangat, which was an important principle identified in our engagement with partners, DFO said.

Initiatives are already in place, including the hiring of community engagement coordinators (CECs) working directly with communities and the public to support the implementation of the Arctic regions.

The CECs will be liaisons between communities and the department and will help to develop stronger collaborative relationships.

Mike Kelloway, Member of Parliament for Cape Breton — Canso, recently announced a total of $2,050,000 in Government of Canada contributions to help WFN increase production and expand into new markets.

The upgrades at WFN will increase the number of fish harvested each year, expand the company’s freezing and packaging capacity and create jobs in the rural community.

Established in 2019, WFN Fish Farm Limited Partnership (WFN) is a seafood processor owned and operated by We’koqma’q First Nation that operates a steelhead trout farm across multiple locations in Nova Scotia. Its facilities range from fish hatching and juvenile production to processing and packaging. Consumers can buy WFN products at grocery stores across Atlantic Canada.

WFN reinvests all profits back into the business or the community for social programs such as housing initiatives and daycare.

WFN will use the funds to upgrade its harvesting barge and cages and install a new automated feeding system to reduce operational costs. The company will also install a new flash freezer and packing equipment to sell individually frozen products through its retailers.

WFN currently employs 77 people and these upgrades will enable it to hire seven more.

The federal government is putting $3.2 million into Nunavut’s fisheries.

The Canadian Northern Economic Development Agency, also known as CanNor, recently announced the new funding. The money will be distributed to six fishing and sealing projects throughout the territory.

CanNor said that some of the funding is meant for promoting Nunavut’s fishing and sealing industries to new markets as well as for the promotion of redfish and char markets.

A portion of the funding will be dedicated to studying the potential of small-scale inshore fisheries for three communities: Arviat, Kinngait and Sanikiluaq.

And CanNor said the money will also go to creating safer working environments for fishery employees who work on vessels and in fish plants, with an emphasis on protection needed for workers during the COVID-19 pandemic.

“The territory’s offshore fishery provides jobs and opportunities in an industry that brings sustainable economic development to Nunavut communities and Nunavummiut,” Vandal said in a news release.

“This industry will continue to be vital in supporting communities as we build back better after the pandemic.”