The Summerside-based Canadian Coast Guard vessel, Cap Nord, was dispatched on the evening of October 4 after a New Brunswick fishing vessel reported it was taking on water.

The Canadian Coast Guard’s Joint Rescue Coordination Centre reported that all four crew members onboard the Julie and Jolene were able to get safely aboard the fishing vessel Black Pearl that was in the area at the time.

No one was injured and the four crewmembers were taken into port at Richibucto. The distress call from the Julie and Jolene was received around 7:30 p.m.

Fisheries and Aquaculture Minister Keith Colwell underlined the importance of fair access to export markets for Nova Scotia lobster to the standing committee on international trade Sept. 29, in Halifax.

“We’re Canada’s leading seafood exporter and every market is important to our lobster industry,” said Colwell. “Losing the European market, which accounted for more than 66 million in live, Nova Scotia lobster exports last year, would hurt us.”

Nova Scotia exported more than $1.6 billion in seafood to global markets in 2015, including $200 million in live lobster.

“Nova Scotia will continue to support Global Affairs Canada, along with the Department of Fisheries and Oceans, the Canadian Food Inspection Agency and the Canadian lobster industry, in their efforts to ensure that the European Union makes decisions on this issue that are based on fact and not speculation,” said Colwell.

He also highlighted the opportunities that trade agreements provide for the fisheries and agriculture sectors, such as opening new markets for the wild blueberry industry.

The committee was holding hearings on the Trans Pacific Partnership as part of consultations on the proposed trade agreement.

“Our success depends on ensuring we get into every market we can reach,” said Colwell.

The four-person crew of the Atlantic Provider are safe after a September 28 fire onboard their vessel forced them to abandon ship.

The Atlantic Provider caught fire about 28 nautical miles west-southwest of Port au Choix. The crew had time to issue a distress call before taking to a liferaft and was picked up shortly after by the nearby fishing vessel Avalon Voyager.

The Joint Rescue Coordination Centre (JRCC) in Halifax said it received a call in the early afternoon that a vessel was in distress with a fire onboard. It reported that the Avalon Voyager was in the area and responded to the distress signal and reached the flaming boat before a Cormorant helicopter from Gander and an assisting coast guard ship CCGS Cape Norman could arrive.

All four crewmembers were wearing survival suits and were returned to port in Port au Choix.

Former federal and provincial politician John Efford is not holding back when it comes to the common use of gillnets in the recently expanded Newfoundland and Labrador cod fishery.

“Take every gillnet in Newfoundland and have a bonfire.”

This was the message the often outspoken Efford had for members of the House of Commons Standing Committee on Fisheries and Oceans, which met recently in St. John’s.

He added that there is no place for gillnets in such a fishery because quality suffers, and the market will not tolerate it.

“Gillnets are not our preferred way of harvesting. Harvesting techniques play a very important role in quality,” Crocker told the industry gathering.

With climate change very much in the news these days, with record storms, regional droughts, etc… a timely two-day discussion on the subject is to be held at St. Francis Xavier University in Antigonish, N.S.

The Fishermen’s Forum will take place Nov. 21-22 and will study the impact of a changing climate through panels on specific marine species and resources and on the communities they support.

Delegates will include harvesters, academic researchers, government officials and NGOs. Sponsored by the Gulf Aquarium and Marine Station Cooperative, it is open to anyone.

On June 20, 2016, the Government of Canada launched a review of a number of environmental and regulatory processes, including a review of the 2012 changes to the Fisheries Act.

The Minister of Fisheries, Oceans and the Canadian Coast Guard has requested that the Parliamentary Standing Committee on Fisheries and Oceans undertake this review and solicit input from all Canadians regarding the changes made to the legislation in 2012.

The review, to begin in fall 2016, will focus on restoring lost protections and incorporating modern safeguards to the Fisheries Act. Information related to the review can be found at: www.canada.ca/en/services/environment/conservation/assessments/environmental-reviews/fish-habitat-protection.html.

The Board of Icelandic Group recently announced its plan to sell its Icelandic subsidiary Ný-Fiskur as part of the company’s plan to streamline its operations.

Ný-Fiskur is one of Icelandic’s four subsidiaries. The operation, which is based in Sandgerði, specializes in the production and sale of fresh seafood products and processing about 6,000 metric tonnes of raw material annually. The company also owns a commercial fishing vessel, Von GK-113 and 800 metric tonnes of cod quotas.

Ný-Fiskur distributes a significant portion of its products, with air freight, to customers in Belgium and other European countries. The company is projected to post about EU23 million in revenues this year. 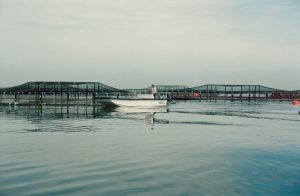 A New Brunswick aquaculture company has received $3.2-million in federal funding to develop a process to remove a type of parasite from farmed salmon.

The parasites, called sea lice, attach themselves to the bodies of both wild and farmed fish, feeding on their mucus and skin.

Cooke Aquaculture, based in Black’s Harbour, N.B., is working to develop a device and process that uses warm water to remove sea lice from salmon, achieving a 95 per cent removal rate.

Ottawa says $3 million of the funding is conditionally repayable, while $247,000 is coming from Fisheries and Oceans Canada. Cooke is also providing about $1.9 million towards the $5.1-million project.

The company processes and sells 115,000 metric tonnes of Atlantic salmon every year and has operations in the Atlantic provinces, United States, Chile, Spain, Argentina, and the United Kingdom. 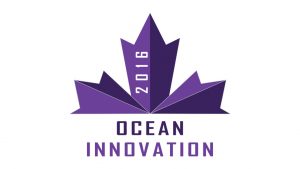 Ocean Innovation 2016 took place Oct. 4-5 in Iqaluit, Nunavut, bringing together representatives from northern communities, academia, business and government to discuss the challenges and opportunities related to the sustainable development of ocean resources, sovereignty, climate change and coastal and maritime infrastructure in the North.

Ocean Innovation is an annual conference focused on topics centred on the latest developments in the areas of maritime safety, efficiency of maritime operations and sustainable ocean use, with a focus on uniting all segments of the oceans community — public, private and academic. This year’s theme was Adapting to a Changing Circumpolar North — Traditional and New Ocean Technologies.

“Ocean Innovation is an initiative of the Fisheries and Marine Institute of Memorial University that attracts speakers and delegates from around the world,” said Randy Gillespie, director, Centre for Applied Ocean Technology, Marine Institute.

Delegates heard from respected experts and had the opportunity to network to share knowledge and ideas. Amongst the attendees of this year’s conference were representatives from the Arctic Regional Hydrographic Commission of the International Hydrographic Organization, who also hosted meetings in Iqaluit to discuss hydrographic activity and cooperation.

Harry Flaherty, president, Qikiqtaaluk Corporation, delivered the keynote address on Oct. 4. With over 30 years of experience with major projects in Nunavut, Flaherty is a recognized Inuit manager and business leader. He currently also serves as interim president for Nunasi Corporation and NCC Development. He is a long-time executive member and chairperson with the Nunavut Wildlife Management Board.

This year’s event took place at the Frobisher Inn in Iqaluit and was being co-hosted by the Nunavut Research Institute.