“Nova Scotia leads the world for high quality fish and seafood, such as lobster and sea cucumbers, all harvested from the cold and pristine waters of the Atlantic Ocean,” said Nova Scotia Premier Stephen McNeil. “Nova Scotia is Canada’s number one exporter of seafood.”

“Nova Scotia seafood is highly sought-after for its wild, premium quality products, exceptional food safety standards, and unmatched taste,” said Nova Scotia Fisheries and Aquaculture Minister, Keith Colwell. “Our seafood is handled with the utmost care every step of the way — from the boats to the dock and our processing plants, we ensure it tastes as fresh as the day it was caught.” 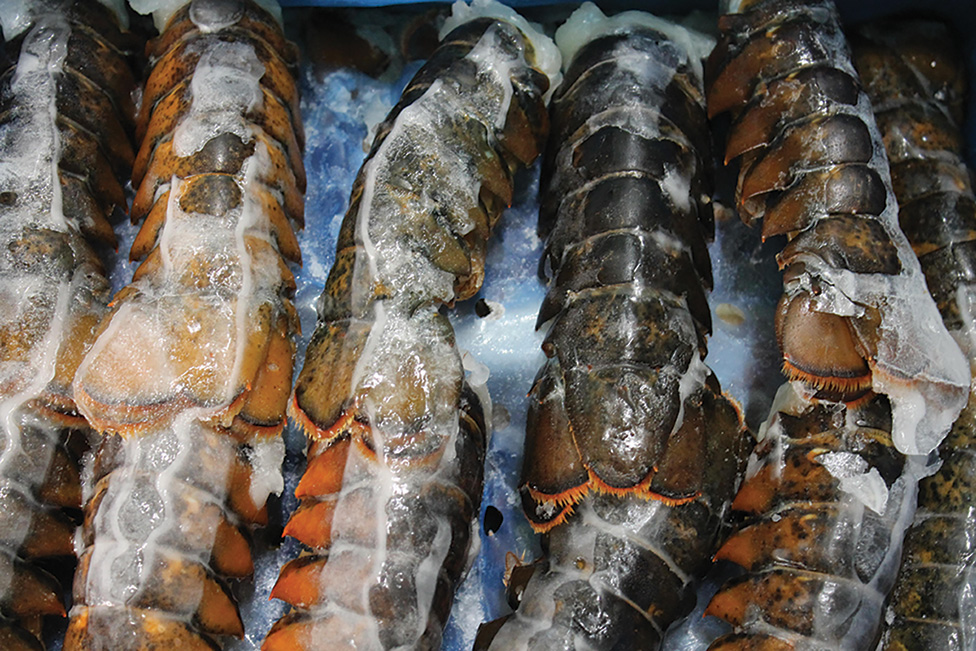 Nova Scotia is home to a diverse range of superior quality seafood and value added products. The superior flavor of Nova Scotia seafood is prized around the world. Their flavour and premium quality result from the icy temperatures of the surrounding Atlantic Ocean.

The brand is designed to raise the value and awareness of Nova Scotia seafood through retail, foodservice, and online promotions; marketing collateral; in-bound missions for members of the overseas trade and press; trade shows; out-bound trade missions and advertising.

Nova Scotia seafood’s new mark is inspired by nautical design with clean lines and clear type. The coordinates, 45° north 63° west, are the centre point in the province. These aren’t mere numbers. Not any spot on the map. This is Nova Scotia’s code. A little removed from the rest, but connected to the world by the waters of the Atlantic. Nova Scotia seafood is as pure as the place it comes from.

Davis continued by saying, “Through this acquisition we will grow our customer base, increase our portfolio of quality assured products, and build increased presence in the premium seafood marketplace.”

Keith Decker, President and CEO of High Liner Foods stated, “We are pleased to conclude this transaction with Blue Harvest and look forward to working with them to continue to offer high-quality, sustainable scallop products to our valued customers.”

Cooke Aquaculture has bought Balta Island Seafare Ltd., which has salmon farms around the islands of Yell and Unst in the Shetland Islands.

Following the acquisition of Yell-based Thompson Bros. Salmon Ltd. in August 2015, it gives Cooke Aquaculture a monopoly on the management of farmed salmon in the North Isles.

The three farm sites encompass over 1,000 tonnes of salmon production and a Cooke spokesman said the company was pleased to have taken over the firm.

“Balta operates in a separate management area to Unst and Yell, which will help Cooke reduce biological risks as well as provide the company with flexibility and synergies in production,” the spokesman said.

“This additional production will protect jobs in the area and support investments in other aspects of the business, including processing.”

The spokesman said the purchase was “consistent with Cooke Aquaculture’s focus on vertical integration and diversification in terms of geography, products and markets.” 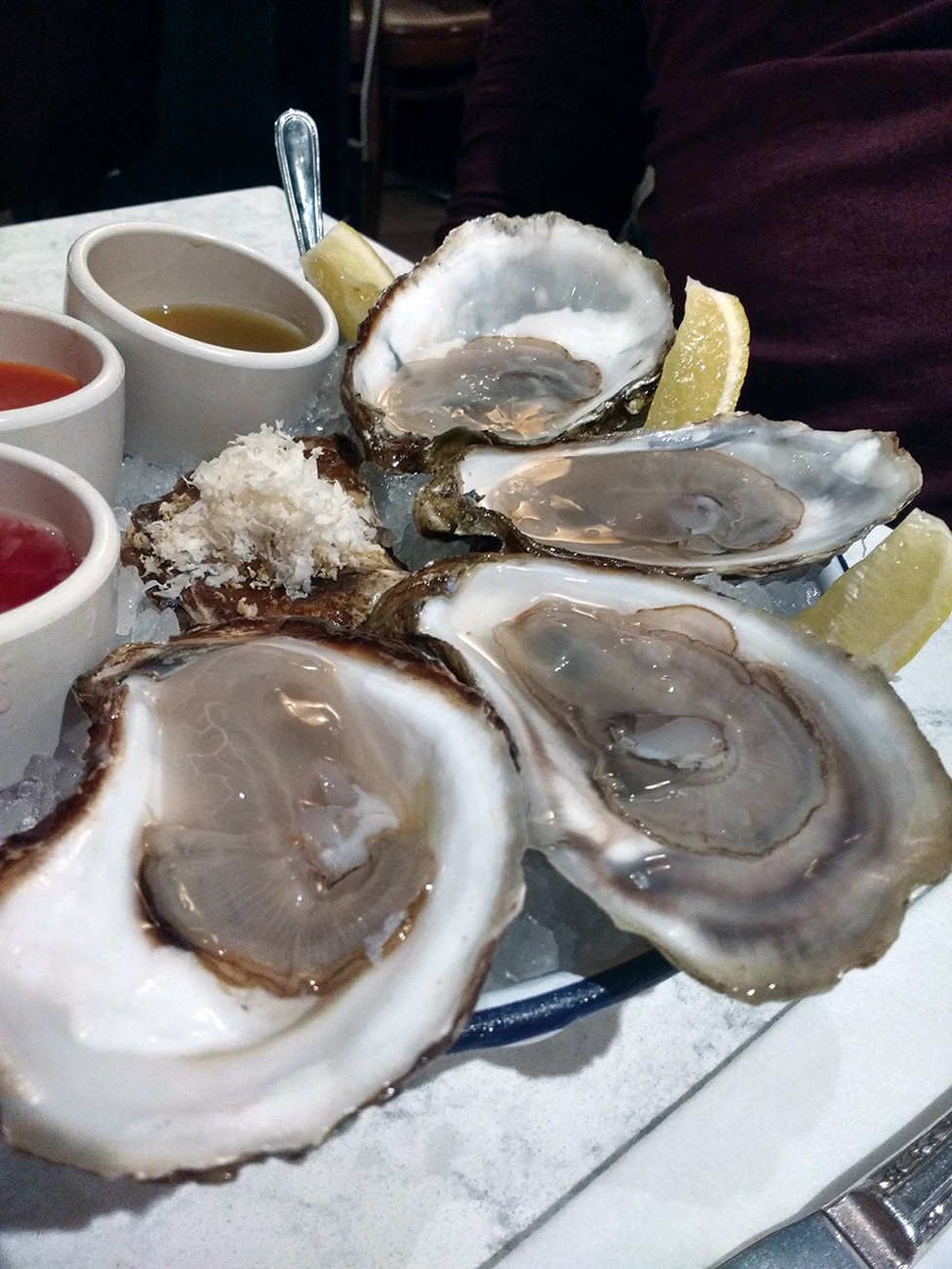 “The provincial government is committed to supporting and growing Prince Edward Island’s shellfish industry. Today’s funding announcement emphasizes this commitment,” said Minister McIsaac. “There is a growing demand for P.E.I. shellfish and we are pleased to be able to work with the P.E.I. Shellfish Association to help industry take advantage of the vast market potential.”

The Department of Agriculture and Fisheries is investing $100,000 through the Prince Edward Island Shellfish Association to enhance and develop publicly fished shellfish beds across the province and carry out projects to continue to develop the oyster fishery.

The Shellfish Association leads a number of projects that contribute to the sustainability of the shellfish fishery such as the collection of juvenile oysters and spreading of 2015 and 2016 juvenile oysters on public oyster beds, relay of broodstock shellfish to important seed collection areas, spreading of shell to increase the size and productivity of oyster fishing areas, and relay of small oysters to deeper areas where they will not be impacted by ice damage during the winter.

The public shellfish industry on P.E.I. has and continues to play a key role in the economic stability of the Island economy. Prince Edward Island is the largest oyster producer in Atlantic Canada and more than 1,000 fishers and aquaculturists are involved in the oyster industry. Most recent numbers show that in 2014, approximately 7.3 million pounds were landed with a value of $9.3 million dollars. Oyster landings are projected to increase over the next several years along with market demand. P.E.I. oysters are known worldwide for their quality and contribute to building Prince Edward Island’s reputation as Canada’s Food Island.

The Government of Canada recently announced it is following through on its commitment to take action to protect species at risk.

Dominic LeBlanc, Minister of Fisheries, Oceans and the Canadian Coast Guard, said that 12 aquatic species are being proposed for listing under the Species at Risk Act.

Decisions to protect species under the Act are based on assessments by the Committee on the Status of Endangered Wildlife in Canada (COSEWIC) and other scientific advice. Decisions are also informed and guided by extensive consultations with the public, communities, Indigenous groups and industry. Science advice is a key component of the decision, as are the potential socio-economic impacts on Canadians and their communities.

Once a species is formally listed under the Act, a plan is developed to determine the best way to help it survive and recover. The government works with scientists, industries, local fishing organizations, Indigenous groups and affected communities to develop strategies and plans. All Canadians play a role in helping to protect species at risk and their recovery.

Tanner Stewart, CEO of Stewart Farms, said he is hoping to have the facility operating in 2017.

“Right now we are in our environmental impact assessment phase. We believe that we will be fine,” he said.

“One of the main advantages is that it is a very sustainable practice. We use 95 per cent less water. That is our biggest claim to fame.”

The system will be installed in a 100,000 square-foot building that was previously used by a company that made fences.

“We stack shelving units and grow leafy green produce, sustainably and organically, vertically. We use aquaponics where you are farming fish at the same time,” Tanner said.

He said the plants are grown using LED lighting and the water circulates between the plants and the fish tank.

“It’s an industry that is in the midst of exploding on the global scale over the next 10 years,” he said.

A Nova Scotia mussel processor is looking toclaw back production capacity with the help of an $85,450 investment from the federal government.

Since 2002, AquaPrime Mussel Ranch Ltd. and other mussel harvesters along Canada’s east coast have faced off against a rising population of tunicates, or sea squirts, which compete for food with mussels and cling to shellfish lines, causing significant industry challenges.

The Ship Harbour, N.S. company, plans to fight back by buying new equipment that will help it remove the invasive sea squirts from its mussel production sites.

“In order to keep farming mussels we need to learn how to manage invasive species such as tunicates,” Darlene Meade, one of the company’s co-owners, said. “We plan to put this investment to work by improving our production and expanding our product line.”

Operating east of Halifax for 26 years, AquaPrime also plans to use the funds to help it diversify its catch. The company will buy seed and other supplies to begin running oyster trials off Ship Harbour.

Four Québec shrimp processing plants that are members of the Marine Resource, Science and Technology Cluster (RSTM) joined ranks in 2014 to work on an innovation project in response to the waste water disposal requirements in the Canada Fisheries Act.

The companies are supported in this large-scale project by RSTM and experts from the Centre de recherche industrielle du Québec (CRIQ) and the Technopole maritime du Québec (TMQ).

Phase I of the project, conducted over the last 12 months, established a legislative and regulatory portrait in Canada and Northern Europe and identified the physico-chemical parameters that influence the quality of waste water. The project also required input from other experts, including a specialized technology transfer centre in Merinov.

The information gathered in the first phase of the project will be used to identify innovative technological solutions suitable for implementation in the plants. This process demonstrates the importance of sustainable development for this industry and the impact of the work team in the search for leading-edge technological solutions.

Thanks to a contribution of $100,000 announced recently by the Government of Québec, the four businesses and their partners will be able to continue their collaborative efforts to carry out a technical-economic study on viable treatment options and prepare for the initial implementation. The project is part of Mesure innovation MESI-CRIQ, which makes it eligible for financing from the Ministère de l’Économie, de la Science et de l’Innovation du Québec (MESI) and the CRIQ.

Parliamentary Secretary Serge Cormier, on behalf of the Honourable Dominic LeBlanc, Minister of Fisheries, Oceans and the Canadian Coast Guard, recently announced that the Government of Canada is investing $28 million in recreational fisheries habitat restoration projects across the country from 2016 to 2019. Of this investment, $10.7 million will be invested in 2016-2017.

Recreational fisheries face many environmental challenges, with habitat loss being the most common threat. The RFCPP provides an average of $10 million annually to support local and community partners to restore, rebuild and rehabilitate Canada’s recreational fisheries habitat.

More specifically, Parliamentary Secretary Cormier announced $46,038 in funding under the RFCPP to the Comité de gestion environnementale de la rivière Pokemouche. This funding will enable the group to undertake work to restore the Maltempec Brook including selective clean-up, installation of deflecting trees as well as retaining walls and the selective cleaning of a portion of the Waugh Brook. A mixture of seeds and tree seedlings will be planted on the eroding banks of these two brooks.

Under previous rounds of the RFCPP, this group received funding to undertake various restoration projects for fish habitat to increase the population of brook trout and Atlantic salmon in Cowan’s Creek and Maltempec Brook.