Ocean Choice International (OCI) is in the early stages of a proposed development in Conception Bay South (Long Pond), N.L. that could see the initial development of new land, a 90-metre wharf as well as the possible construction of a new cold storage facility.

OCI has said it is still finalizing the business plan for this project and that it has not made a final decision to proceed.

“We understand the importance of the area to residents, businesses and boaters who currently live and use the area. We are committed to working with stakeholders to ensure that if we plan to move forward, we are doing so in a manner that supports the overall development of the area. Ocean Choice is committed to providing the town council, residents and businesses with information relating to the proposed Long Pond development. We have already held meetings with some stakeholders in the area of the development, and we have more planned for the coming weeks. We are happy to share information and answer any questions that people might have,” the company stated.

The project is located on the southern portion of the port, off of Terminal Road in an existing commercial area. The waterlot for the proposed development (previous Transport Canada Port) was purchased by Ocean Choice in April of 2018 from the Long Pond Harbour Authority. The company’s proposed development will see approximately 17,000 m2 of new land developed.

For the third time in four months, Keith Colwell, Nova Scotia’s Minister of Fisheries and Aquaculture, has approved a finfish farm lease despite loud opposition from the very Nova Scotian community where the lease is located, a local action group stated.

“Liverpool, Port Mouton and now Ship Harbour have all had leases approved with total disregard for community input,” says Wendy Watson Smith, President of the Association for the Preservation of the Eastern Shore, a member of the province-wide Healthy Bays Network.

“After a massive fish die-off at the Ship Harbour site back in 2012, the license holder disappeared, leaving behind all their gear. Eight years later and it’s still there rotting away. What’s changed to warrant this license’s renewal,” Watson Smith questioned.

A total of 42 organizations and individuals made submissions on the Owl’s Head-Ship Harbour license renewal. Concerns included harbour pollution, escapes and risks to the lobster fishery and local tourism. There are also concerns about the depth of the water, its flushing capacity and the proponent’s ability to protect surrounding habitat. Ministerial approval was granted with no baseline assessment, no production plan, no stocking information, no plan to deal with noise pollution, no plan for site maintenance and no plan for the removal of decommissioned gear or debris. 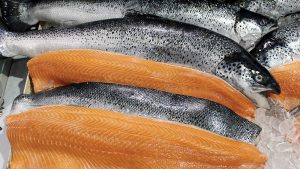 Community concerns were not the only ones ignored. In the process of studying the area for a proposed Marine Protected Area, the Federal Department of Fisheries and Oceans noted that finfish farming is not compatible with the goals of a protected area, like biodiversity, wild salmon populations, delicate eelgrass beds and spawning areas and support for the traditional fixed gear fishery.

Kris Hunter, program director with the Atlantic Salmon Federation, questions the validity of the license renewal process. “How can these sites possibly be approved when the proponents disappear, abandon their gear, and get a bye on due diligence? Not to mention the obvious issues regarding the placement of open net-pens in these bays.”

“The Department of Fisheries and Aquaculture’s application of its laws and regulations is hopelessly opaque,” says the Healthy Bays Network’s Geoff LeBoutillier. “They shelter behind privacy laws, they manipulate the release of information and they dodge the recommendations of the Privacy Commissioner. The end-result? They protect neither the environment nor our traditional fisheries. Based on the community’s submissions, clearly there is no social license to operate. Still, while the rest of the world moves to non-polluting, land-based closed containment aquaculture, here in Nova Scotia they are determined to expand the open net-pen industry. We call on Minister Colwell to suspend these licenses until such time that these issues can be addressed.”

Northern Harvest initially reported a suspected detection of ISAv on August 15. At the time, the company said that the detection of ISAv occurred in one cage in one Atlantic salmon that was sampled through the Provincial Government Department of Fisheries and Land Resources’ (FLR) species-specific aquatic animal health surveillance program. 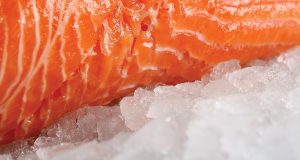 The company said that they were working with federal and provincial authorities, as well as following best practices in the handling of the farm. Although ISAv is a naturally occurring virus and is not a human health issue or a food safety issue, the marine site was quarantined by FLR.

Now that the detected virus has been confirmed, Northern Harvest is keeping with best practice and removing all Atlantic salmon raised in the same cage with the two fish identified as positive. Fish from the other cages have been tested and were found to be negative for the virus. The site is still under quarantine, and the company is carrying out the fish removal using approved biosecure Standard Operating Procedures under the oversight of the Newfoundland and Labrador Department of Fisheries, Forestry and Agriculture.

The Allseas acquisition is set to be closed in four to eight weeks and is awaiting approval from the Canadian Competition Bureau. Allseas is a leading distributor of both fresh and frozen seafood to retail, foodservice and wholesale customers in Ontario, Canada.

“We are also looking forward to working with Allseas’ very talented, experienced and highly-respected management team to capture cost synergies and improve the depth and scope of the seafood products that Allseas and our other seafood businesses can offer to their respective diverse base of customers.”

Global Gourmet, on the other hand, is a top Canadian provider of ready-to-eat kettle cooked food solutions, protein-based fillings, specialty sauces, soup bases and side dishes to both retailers and restaurants domestically and across the globe.

On August 14, Harbour Breton RCMP received a report of the fire that occurred on the parking lot of the Pool’s Cove garbage dump, where the netting was stored. Some of the lumpfish hides were wet from being removed from the water earlier in the day and with rainfall, police believe the fire to be suspicious in nature.

The investigation is continuing.

Anyone with any information about this incident is asked to please contact Harbour Breton RCMP at 709-885-2320 or contact Crime Stoppers by calling 1-800-222-TIPS (TIPS is 8477), by Secure Web Tips at www.nlcrimestoppers.com, or by downloading the free and secure mobile app. Search the App Store for “P3 Tips.” Electronic tips submitted to Crime Stoppers is encrypted, entirely confidential and completely anonymous.

Members of the Fish, Food and Allied Workers Union (FFAW-Unifor) welcome Newfoundland and Labrador’s new Premier, Andrew Furey and Minister of Fisheries, Forestry and Agriculture, Elvis Loveless, with a call for stronger support to address the challenges facing the province’s inshore fishery.

“Like many other industries, the fishery in Newfoundland and Labrador has been hit hard by the global pandemic. What is needed most right now is a champion for our province’s inshore fisheries that will stand up for harvesters and work to strengthen the wild fishery which is the backbone of rural Newfoundland and Labrador,” said Keith Sullivan, FFAW-Unifor President.

“During the last election, the Liberal Government made several commitments to FFAW-Unifor members, including improving transparency in price negotiations, investing in young harvesters, ensuring sustainable and secure work in the aquaculture industry, investing in technology to advance the groundfish fishery and establishing a fish processing safety sector council. There remains much work to do to accomplish these goals,” the union stated in a press release.

FFAW-Unifor had the opportunity to meet with Premier Furey during the Liberal Party leadership campaign to discuss the main areas of concern for the fishery and what the Union believes the provincial government can focus on to improve the livelihoods of those involved in the fishery through fishing and processing. A key focus for the Union in these discussions was the need for transparency and fairness in fish price setting as well as the importance of support for young fish harvesters and independent owner operators.

“We look forward to speaking with Premier Furey and Minister Loveless in the coming days to reiterate the priorities identified by FFAW-Unifor members. Our provincial government must show leadership and commitment to our province’s inshore fishery as we navigate our way through these challenging times,” added Sullivan.

The Department of Fisheries and Oceans Canada recently removed the waiver on at-sea observers in the Newfoundland and Labrador region.

As of August 13, at-sea-observers onboard fishing vessels are fully reinstated.

“All fishers will be expected to comply with the observer-related conditions of their fishing licences,” the notice from DFO stated.

“Fishers and at-sea observer companies will also be expected to continue following provincial health guidelines for minimizing risks from COVID-19.”

DFO temporarily waived at-sea-observer requirements in April due to the coronavirus pandemic. In late June, DFO extended that waiver to August 12. Now, deployment of observers will start again in all fisheries according to normal requirements and targets.

“The Department wishes to thank all fishers, and the industry as a whole, for your cooperation over these many months in developing and implementing safe working procedures related to the virus,” the notice continues. “As a result of these efforts, the resumption of observer coverage is already underway in many commercial fisheries.”

The PEI Lobster Roll Call invited lobster lovers from across the greater Toronto area (GTA) to visit participating restaurants to try out their lobster roll, featuring sustainable P.E.I. lobster. Lobster lovers could then visit the Toronto Life website to cast their vote for their favorite lobster roll.

“Due to COVID-19, Canadians are travelling less and this means they are not able to enjoy the delicious, sustainable P.E.I. lobster that they normally would while visiting our province,” said Charlie McGeoghegan, Board Chair of The Lobster Fishers of Prince Edward Island (LFPEI).

“We are excited to bring the P.E.I. experience to Ontario in a fun and exciting way while supporting the food service sector wherever we can.”

The contest ran from August 12–31. The top three restaurants will be featured on the Toronto Life website. Plus, those who visited the restaurants and participated will be entered to win a Lobster PEI prize pack, plus a $500 gift card to dine at and support the participating restaurants.

The Atlantic Canada Opportunities Agency (ACOA), recently announced an investment of more than $6.1 million in support of Indigenous projects across Atlantic Canada.

Delivered by ACOA, this funding will support 12 infrastructure, expansion and capacity-building initiatives led by Indigenous communities, businesses and organizations in the region.

These projects, which include hiring consultants and expanding existing operations, will help Indigenous companies and organizations create good, local jobs in their communities. 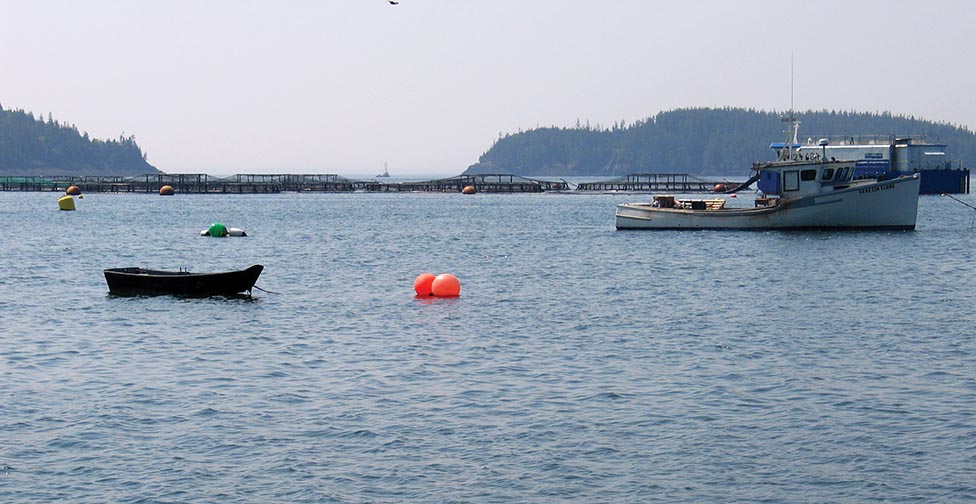 The Newfoundland and Labrador government recently announced a $725,000-investment to support aquaculture industry expansion to create jobs and help operators expand their product lines and markets.

This initiative is part of a plan to support renewable resource-based businesses and employment in rural communities during the COVID-19 global pandemic through investments in the forestry, agriculture, fisheries and aquaculture sectors.