On the Waterfront – September 2018

The Department of Fisheries and Oceans (DFO) has opened consultations into proposed amendments aimed at preserving the independence of commercial inshore licence holders in Atlantic Canada and Quebec.

These amendments to the Atlantic Fishery Regulations aim to preserve the independence of inshore licence holders by adding elements of the key policies supporting the inshore fishery in Atlantic Canada and Quebec into the regulations. 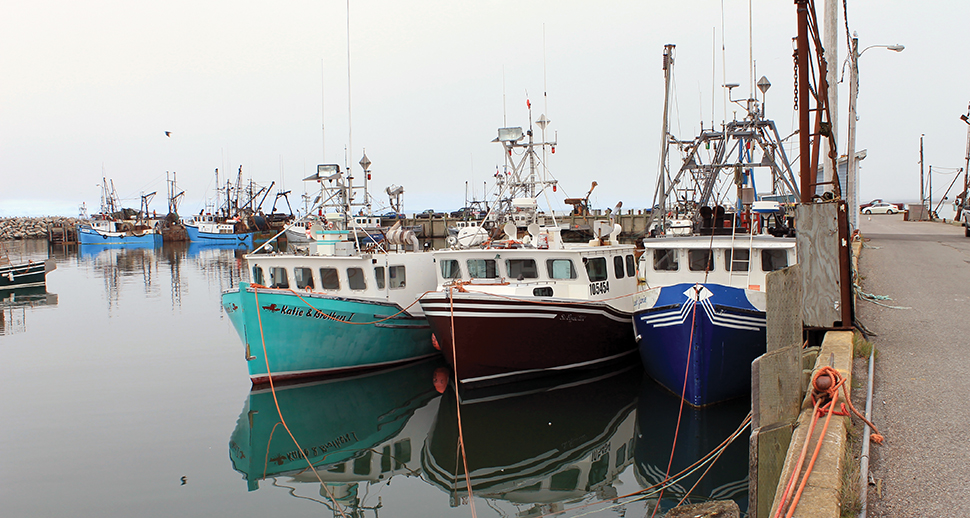 The proposed changes to the Atlantic Fishery Regulations would add:

These changes will also ensure that harvesters retain their ability to make decisions related to their licensed fishing activities and receive the benefits from their privileged access to the resource.

The proposed changes include:

There will be exceptions to these provisions. Those licence holders currently exempt, from all or parts of the inshore fisheries policies, will continue to remain exempt from these elements in the regulations.

In addition to these regulatory amendments, DFO is looking to clarify the circumstances for the use of a substitute operator and how its use might help strengthen the independence of inshore license holders.

DFO is accepting input from July 26 to September 14. 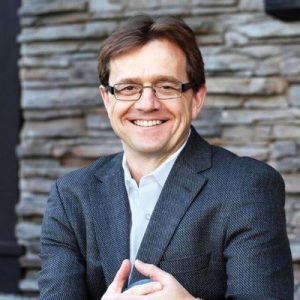 “The arbitrary confiscation of Grand Bank’s Arctic surf clam quota by the Trudeau Liberals takes full-time year-round jobs from the community and threatens the livelihood of hard-working Newfoundlanders and Labradorians,” Crosbie said.

“Today, I am joining the recent call from the Town of Grand Bank for the newly appointed federal Fisheries Minister, Jonathan Wilkinson, to reverse this job-killing decision.”

Crosbie refers to a recent letter sent to Minister Wilkinson from the Town of Grand Bank which outlines its ongoing struggles due to quota reallocation. Crosbie agrees with the town’s characterization of the decision as one that has caused a major setback for the provincial fishing industry and causes damage to the reconciliation process with First Nations and Indigenous peoples.

“It is clear that the process used by the Trudeau Liberals to reallocate the Arctic surf clam quota has been flawed since the beginning and has destroyed public confidence in the federal government’s support for our fisheries.” Crosbie added.

“Justin Trudeau is trying to sweep the Grand Bank controversy under the rug by appointing a fisheries minister from British Columbia — despite holding every seat in Atlantic Canada,” Crosbie said.

“If Minister Wilkinson really wants to make things right, he will reverse this job-killing decision immediately.”

Crosbie believes that in order to make things right with Newfoundlanders and Labradorians, Minister Wilkinson should correct the mistakes made by his predecessor, Dominic LeBlanc.

The lease zones have not changed in 30 years and DFO said during that time period, recreational boating has increased and aquaculture and shellfish techniques have changed.

Chris Mills, acting chief of DFO’s aquaculture leasing division in P.E.I., told the CBC that it will take up to two years to review the zones, starting with Mill River.

“We want to improve lease arrangements for industry and other water users by realigning lease boundaries where they’re needed to be. We want to recognize the new techniques that are being used by aquaculture. By doing that, we hope to improve opportunities for the commercial fishery,” Mills said.

“And of course, we want to recognize recreational use of the waterways on P.E.I. in a hope to improve the situation for all water users.” 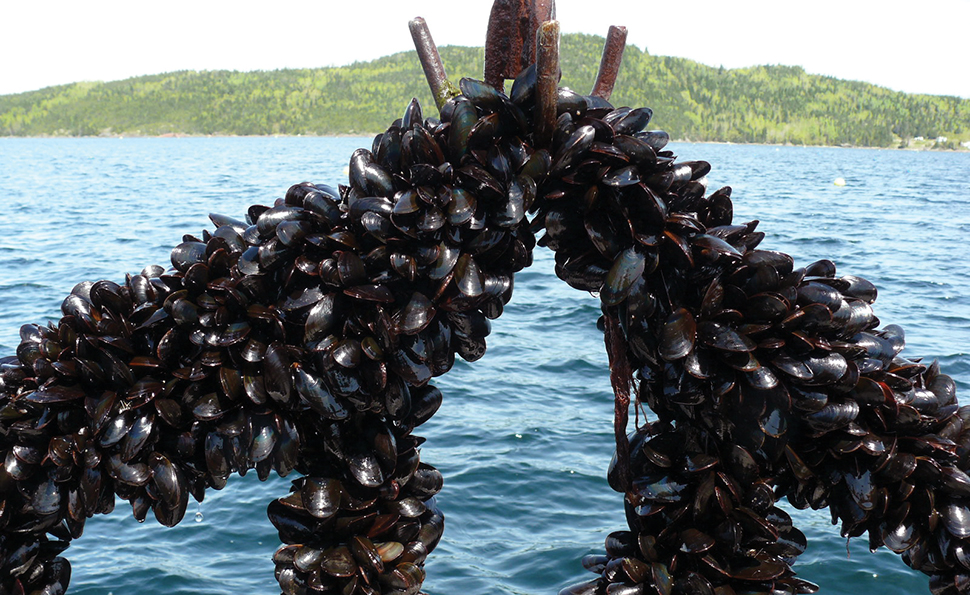 The Federation of Independent Sea Harvesters of Newfoundland and Labrador (FISH-NL) recently reported that August 20 has been set as the date for a hearing before the province’s Labour Relations Board.

“Harvesters have needed the patience of a tonne of saints in waiting for the Labour Relations Board to deal with FISH-NL’s application for certification, but after 19 months we’re getting there,” says Ryan Cleary, President of FISH-NL. “We’ll get the vote yet.”

On May 24, the Labour Relations Board announced it had decided to call a hearing to decide “which fishers should be included in the unit for the purpose of the Board deciding whether a certification vote will take place.”

However, FISH-NL takes the stand that the true number of bonafide harvesters is less than half that number, and has argued for months that an inshore harvester must be clearly defined for purposes of the vote. FISH-NL must have the support of at least 40 per cent of inshore harvesters to force a vote, although the Labour Relations Board can ultimately do whatever it chooses.

FISH-NL has hired St. John’s lawyer David Goodland to represent them. In 2016, Goodland represented scallop fishermen who took the FFAW-Unifor to court over a $2.6-million compensation fund for lost fishing grounds on the Strait of Belle Isle. Goodland won that case and subsequent appeal.

The proposed mandate for the SFRACC will include providing advice and recommendations to resolve complex policy and management issues relating to the sustainability of federally-managed fisheries and the conservation of aquatic resources.

The SFRACC will consist of two separate panels: one for Eastern Canada and one for Western Canada. This will ensure Council members have appropriate knowledge and experience relating to the issues facing their respective coasts.

In the event that the Council is directed to study an issue relating to the North or the whole of Canada, the co-chairs of the respective panels would convene and request additional members on an ad hoc basis. Co-chairs will meet with the Minister once a year and will likely prepare advice on two or more issues per year.

Council members, together with co-chairs, will consist of a mix of industry and scientific expertise, including non-governmental organizations, and will be appointed by the Minister. A Notice of Appointment will be released in the near future for all parties who wish to apply.

The SFRACC will conduct its work in a manner that takes into account the regional, operational, environmental, economic and social realities of the fishing sectors.

The work of the SFRACC will focus on species or regions that are facing significant or unique challenges, cross-cutting policy issues or issues related to national consistency. All written reports produced by the SFRACC will be open and transparent and made publicly available.

Examples of areas the SFRACC may examine include: environmental changes to marine ecosystems; complex social, economic and conservation issues; the need to balance conservation and sustainability objectives with economic prosperity; and how fisheries management decisions can help advance reconciliation with Indigenous peoples.

According to the The Grocer News website, Norwegian haddock prices continue to climb after the International Council for the Exploration of the Sea recommended Norway and Russia reduce the Barents Sea haddock quota by 25 per cent for the 2019 season.

It would be the second reduction in as many years after the pair agreed to slash quotas for 2018 by 13 per cent.

A similar situation has befallen Norwegian cod, with prices on the up after ICES advised cutting the quota by 13 per cent next year, while demand for the fish also remains strong.

The Prince Edward Island Fishermen’s Association (PEIFA) is currently seeking volunteers in lobster fishing area (LFA) 25 to pilot an electronic logbook, which was created by a PEIFA harvester working group, throughout the fall lobster season.

The electronic logbook is something that will be mandated by DFO in the near future and the PEIFA wants to ensure a user-friendly, cost-effective option is available to all harvesters.

Requirements to take part in the pilot project:

According to the CFIA, the goal of SFCR is to simplify and strengthen rules for food in Canada.

In order to simplify these rules, SFCR, which will go into enforcement on January 15, 2019, replaces a long list of regulations, including Fish Inspection Regulations, Consumer Packaging and Labelling Regulations, Livestock and Poultry Carcass Grading Regulations and more.

“Canada is recognized as having one of the strongest food safety systems in the world,” Ginette Petitpas Taylor, Minister of Health, said in a press release.

“I am proud to say that these regulations, which focus on prevention and faster removal of unsafe food from the marketplace, go even further to protect Canadian consumers.”

Some of the new requirements include:

The move will help Canadian businesses in the food industry continue to trade with the United States, which follows similar regulations through the Food and Drug Administration (FDA). SFCR demonstrates that Canada’s food safety controls “meet their U.S. importers’ requirements under the U.S. Foreign Supplier Verification Program.”

SFCR comes into fore on January 15, 2019. The industry will have an additional six months to 2 1/2 years to comply to the new provisions.

No Replies to "On the Waterfront - September 2018"