On the Waterfront – September 2021

Fish harvesters and authorized retrievers can now easily access and submit the required lost or retrieved gear reporting forms simply and efficiently. This reporting helps the department and other partners locate and remove lost gear from our waters and, in many cases, return the gear to its rightful owner. 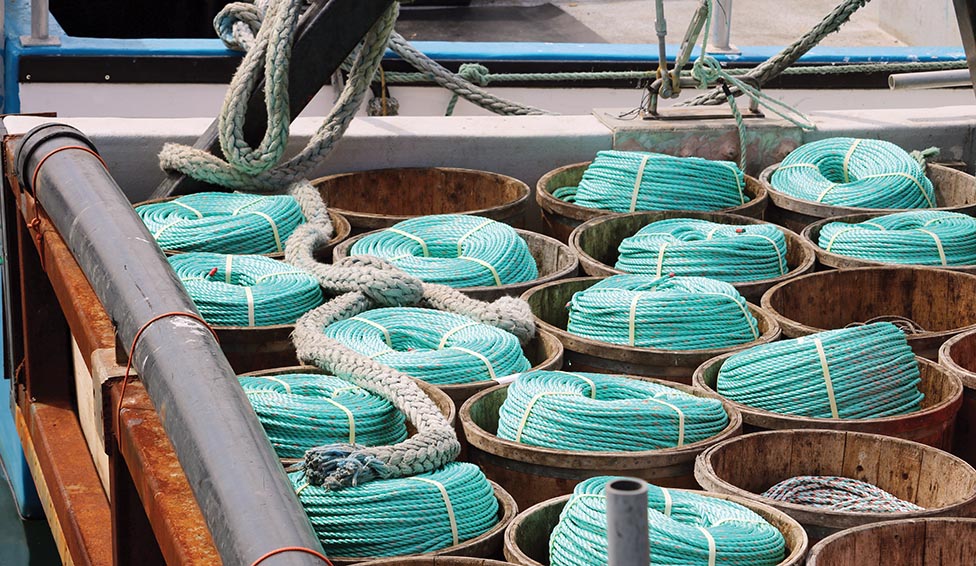 Access to the reporting system as well as PDF forms, if required, continue to be available at the commercial reporting website. Harvesters may report their lost and retrieved gear through either the reporting system, through ELOGS (if available) or, if necessary, through submission of PDF forms to DFO.LostandRetrievedGear-EnginsPerdusRecupere.MPO@dfo-mpo.gc.ca.

If you have questions or require assistance using the reporting system, please E-mail: DFO.LostandRetrievedGearQuestions_QuestionsEnginsPerdusRecup.MPO@dfo-mpo.gc.ca

This project was made possible through funding under the Department of Fisheries and Oceans Sustainable Fisheries Solutions and Retrieval Support Contribution Program (SFSRSCP).

The PHFPCS project involved 11 participant vessels and their crews and has recovered over 12 tonnes of crab pots, rope, net and other gear during the first eight days of the 2021 project.

With climate change causing Arctic ice to melt at an alarming pace, the central Arctic Ocean is now opening up to increased international interest, including the potential for commercial fishing and shipping activity.

To help protect the Arctic’s fragile ecosystems, the federal government announced that the historic Agreement to Prevent Unregulated High Seas Fisheries in the Central Arctic Ocean has come into effect.

Under the Agreement, no commercial fishing can take place in the central Arctic Ocean until parties have a greater scientific understanding of the area and its ecosystem and measures are in place to regulate commercial fisheries.

Signed by Canada, Norway, Russia, the United States, China, Iceland, Japan, the Republic of Korea, the European Union and Denmark in respect of Greenland and the Faroe Islands in 2018, this legally binding agreement is the first international agreement of this magnitude to be reached before commercial fishing takes place in a high seas area.

The participation and inclusion of Arctic Indigenous Peoples and Northern communities, and the traditional knowledge they can contribute, is written into the Agreement particularly in developing the Agreement’s scientific research and monitoring program. Their knowledge, in conjunction with scientific research, will be important in determining effective conservation and management measures for the area.

The Agreement covers roughly 2.8 million km2, an area about the size of Quebec and Ontario combined. Throughout the negotiation process, Canada engaged with Inuit organizations, including the Inuit Circumpolar Council Canada, and with key stakeholders including territorial governments, the fishing industry and environmental groups to share information on the negotiating process and to seek their views and input.

The Agreement will be valid for an initial period of 16 years. After this period, it will be extended for additional five-year periods, subject to agreement of the parties.

Texas A&M University recently shared work from an international team of researchers, including a professor and doctoral student from the institution, that is deploying genome sequencing to document 53 herring populations from the Atlantic Ocean and the Baltic Sea.

“Current methods are limited to phenotypic data and very few genetic markers,” said Jamsandekar. “This leads to misclassification of herring populations occasionally and leads to overexploitation.”

The team identified genetic markers that make it possible to better monitor herring populations and avoid overfishing. The research is relevant for Andersson, who holds a dual professorship with the CVMBS and Uppsala University in Sweden, where herring is a common protein source in the Scandinavian diet.

The institution shared that Atlantic herring is one of the most abundant vertebrates and is a key food source for fish, birds and sea mammals like the fin whale. It also has been a staple in the diet of Northern Europeans since its early colonization.

“The most abundant Norwegian spring-spawning herring stock collapsed in the late 1960s due to overexploitation. Pacific herring stocks in Puget Sound in Washington State plummeted 92 per cent from 1973–2012 due to water pollution and infection.

“Overfishing of herring populations also has adverse effects on the development and growth of many countries as herring fishery is critical to the European economy as well as to the economies of some coastal regions in the United States, like Maine and New England.”

Being able to characterize the genetic makeup of the species is a way to help secure its place as a food resource for both humans and marine animals. 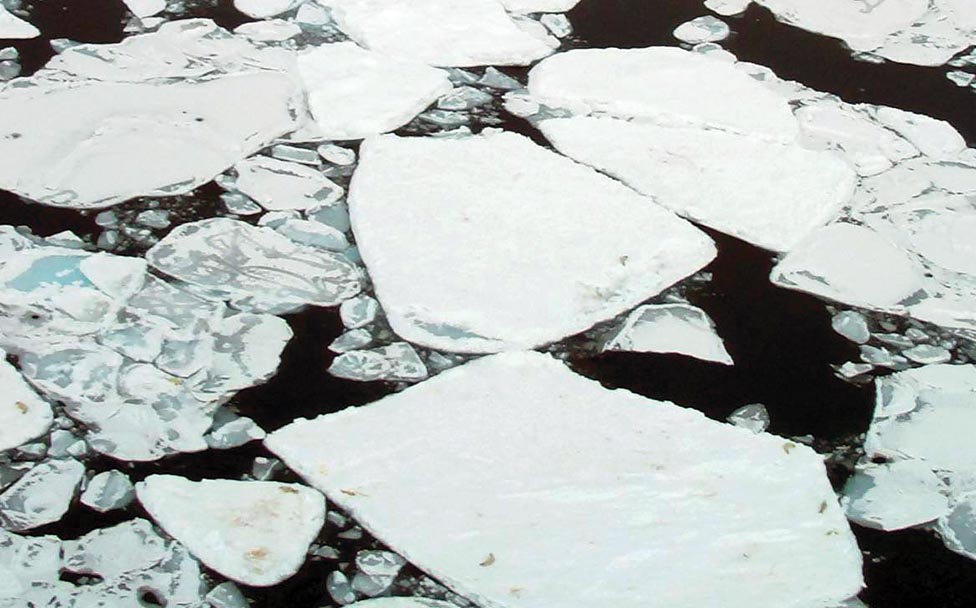 The Sikumik Qaujimajjuti project includes the development of a holistic, culturally appropriate and sustainable training curriculum that provides Inuit youth the skills to interpret satellite imagery and create ice travel safety maps for their community. The project is piloting in Pond Inlet and Gjoa Haven in Nunavut, and Nain, Nunatsiavut with plans for expansion to all SmartICE serviced communities across Inuit Nunangat.

The CJRF is a registered charity in the United States that offers grants to climate change resilience initiatives dedicated to youth, Indigenous peoples, and women. The CJRF is contributing financial support of USD$500,000 (approx. CAD$650,000) over three years.

Sikumik Qaujimajjuti roughly translates to “tool to know how the ice is.” “Although such a tool could refer to anything from a camera to a harpoon, in this case it is an Ice Travel Safety Map, generated by trained SmartICE Community Operators for local sea-ice users,” says Trevor Bell, Founding Director of SmartICE.

The maps will include Inuit sea-ice terminology, travel hazards based on Inuit knowledge from Elders, and data from SmartQAMUTIKs, SmartBUOYs, ice charts and weather stations.

“Our curriculum will cover technical skills like how to interpret sea ice data from a variety of information sources, as well as methods for making and distributing sea ice maps. It will also connect learners to community sea ice experts, who will help them strengthen their sea ice terminology and IQ skills,” says Rebecca Segel, Remote Sensing Specialist with SmartICE.

Andrew Arreak, Regional Operations Lead for SmartICE in Pond Inlet and a participant in the pilot program, says “this project will enable us to read and interpret what we see on a satellite image and pass that knowledge along to community members. SmartICE Operators like myself are able to go to a location if a sea ice type is not identifiable and describe what is being seen on a satellite image.”

“The map addresses an identified community need, especially for less experienced ice users, to mobilize Inuit knowledge and observations of ice conditions, together with monitoring data from on-ice sensors and satellite imagery,” says Bell. Local map production will build community engagement and transferable skills for youth, while ensuring enhanced integration, preservation and transfer of local traditional knowledge. By utilizing inclusive consultation that accounts for the unique geographical, cultural and community contexts, the project will foster community support and encourage enrollment and retention of participants.

Rex Holwell, SmartICE Regional Operations Lead in Nain, says the project will provide him with “a more accurate picture of the ice situation around Nain, and using this, along with other imagery, will give people another tool to hopefully keep them safe while traveling on the sea ice, while practicing their traditional lifestyle.”

Earlier this year, the Canadian Food Inspection (CFIA) sampled fish and tested fish from domestic processors, importers and retail establishments across Canada in efforts to tackle food and fish fraud.

“This report confirms the high level of compliance from the seafood industry in Canada’s well-managed food supply chain. As always, Canadians can be confident when purchasing seafood from their local retailer,” said Paul Lansbergen, President, Fisheries Council of Canada.

Nine species of fish were targeted by CFIA due to their likelihood to be mislabeled or substituted and their availability in the Canadian marketplace, including butterfish, cod, halibut, kingfish, sea bass, snapper (red and other), sole, tuna and yellowtail.

“Canada is known for our world-class fish and seafood products. The continued success of this sector depends on fair market practices and the utmost transparency of production. The actions we are taking with industry to strengthen traceability and fight fish fraud will ensure our hard-working Canadian fish harvesters and processors can continue to get the maximum value for their world-class product,” said Bernadette Jordan, Minister of Fisheries, Oceans and the Canadian Coast Guard.

The CFIA said it acted on all unsatisfactory results including enforcement actions, such as letters of non-compliance, product seizure and detention, relabeling to bring the product into compliance, and product disposal.

“Tackling food fraud is a key priority of the Food Policy for Canada which our government launched last year. It will not only protect consumers from buying deliberately mislabeled products, but also Canadian food businesses who must compete with inauthentic products. That’s why we are taking action and cracking down on incidents of food fraud in Canada,” said Marie-Claude Bibeau, Federal Minister of Agriculture and Agri-Food.

Highlights From the 2019 Fisheries of the United States Report

In May, the National Oceanic and Atmospheric Administration (NOAA) Fisheries released its 2019 Fisheries of the United States Report, which provides fisheries statistics for the nation, including commercial landings and value.

Of all species caught by U.S. fishermen, salmon was the highest value at $707 million. Lobster was behind at $668 million, followed by crab at $636 million, scallops at $572 million and shrimp at $467 million. 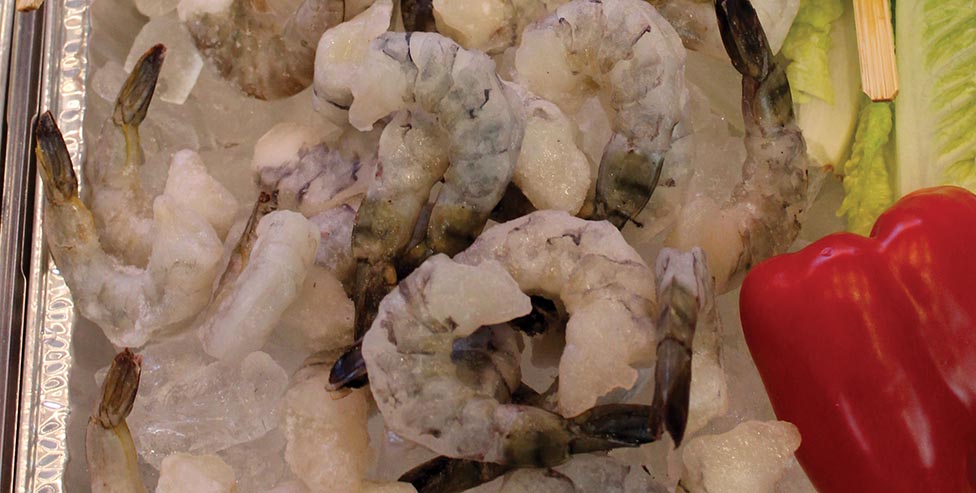 For the 20th consecutive year, New Bedford, Massachusetts holds the title of top port by value, raking in $451 million in 2019. Regarding volume, New Bedford ranks in 11th place with 116 million pounds.

No Replies to "On the Waterfront - September 2021"