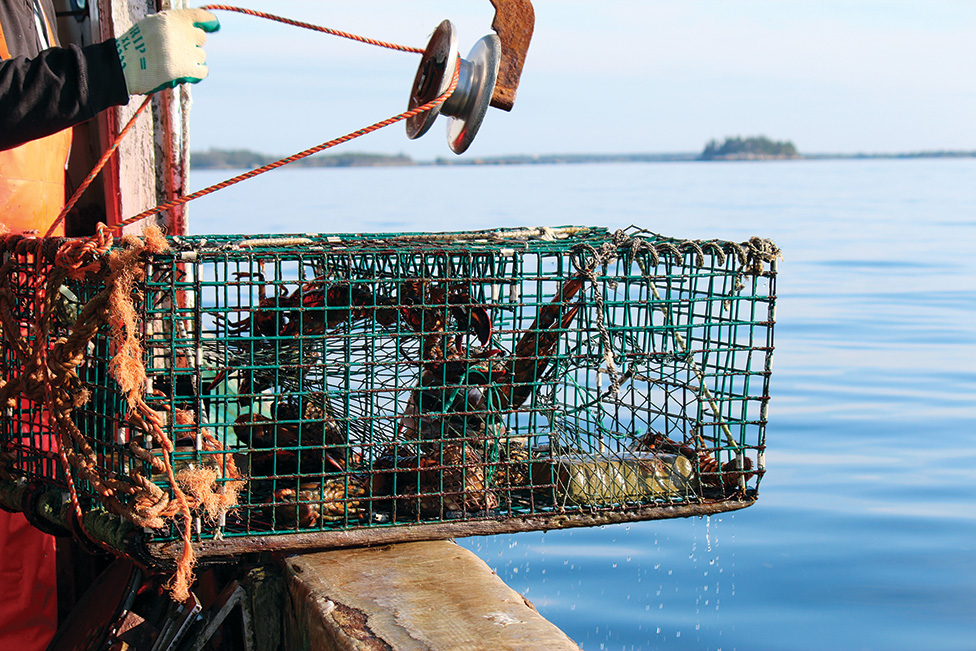 Organization and Lobbyists Could Be Solution to Industry Woes

When the late U.S. President Lyndon Johnson appointed a person into his inner circle, who at times had publicly disagreed with his policies, he justified his decision by saying he’d rather have the guy inside the tent peeing out than outside the tent peeing in.

When it comes to having any influence with governments, especially Ottawa concerning the commercial fishery, hiring lobbyists is the solution because the opposition is doing so and with results.

Three worried lobster harvesters paid me a visit recently and their concern was that policies would be forced down their throats by the federal government because, for the most part, the 1,600 licensed lobster fishermen in LFA 33-34 are woefully unorganized.

How to get the majority of lobster harvesters in this area to become part of an organized group is a problem which has existed for way too long, considering what the industry could be going through in the next decade.

Why hire a lobbyist?

“The oil and gas people and those involved with the water turbine at the entrance to Minas Basin have them and they get the ear of both the provincial and federal governments,” Sproul said. He represents 175 lobstermen who fish on the Nova Scotia side of the Upper Bay of Fundy.

“And every decision seems to go their way.”

At issue is Ottawa’s intention to introduce the observer program into the lobster fishery. The three individuals feel they can hire their own observer at a much cheaper rate than what individual fishermen would have to pay if the feds have their way.

But time is of the essence and it would help if these 1,600 licensed fishermen spoke with one voice.

A lobbyist based in Ottawa wouldn’t come cheap. Figures thrown around were $185,000 per year.

“Look,” Berry said, “if every fisherman in LFA 33-34 paid $1,000 this group would have $1.6-million in the pot. A lobbyist could be hired and there would be lots of money left over to direct science programs at our fishery.”

Sproul said he had to go to his association twice for $1,000 donations. “We couldn’t get any politicians in Ottawa to answer our calls. Within days of hiring a lobbyist, the phone calls started coming in.”

This had to do with the issue of the water turbine and its effects on migrating fish in and out of Minas Basin and how it could impact the lobster fishery.

If the majority of harvesters in LFA 33-34 persist in resisting to join any form or union or organization, policies will be imposed on them which might prove detrimental to their bottom line.

No doubt some of these non-joiners scoff at the idea of paying $185,000 for some layabout in Ottawa, but it sure has worked for the oil and gas industry.

How do you think they got the province and so far, the feds to approve those drilling permits right on the doorstep of Browns Bank? Their lobbyists did their job while there wasn’t any counterattack by the harvesters on any wide-ranging organized basis.

They’re getting away with murder with nary a sniffle from the disorganized masses.

Dalhousie University has been getting a lot of cash from Shell Oil, as an example.

And the university scientists are spearheading the so-called study on the effects of water turbines at the mouth of the Minas Basin.

“When they show up in the area, their hard hats carry the Shell logo,” Sproul said. “How can you trust their decisions considering where the money for their study comes from?”

The next decade could prove crucial to the survival of coastal communities in Nova Scotia, New Brunswick and P.E.I. The Gulf of Maine is warming faster than any other similar piece of water on the planet and fish and shellfish are very temperature sensitive. Ocean acidification can also affect the actual survival of some ocean species as it disables their sense of smell, which is a key element in their battle against prey.

It will be a tough battle, but in order to be part of the solution, lobster harvesters must organize and have their voices heard and heeded.

This is the only way this segment of the commercial fishery will survive.