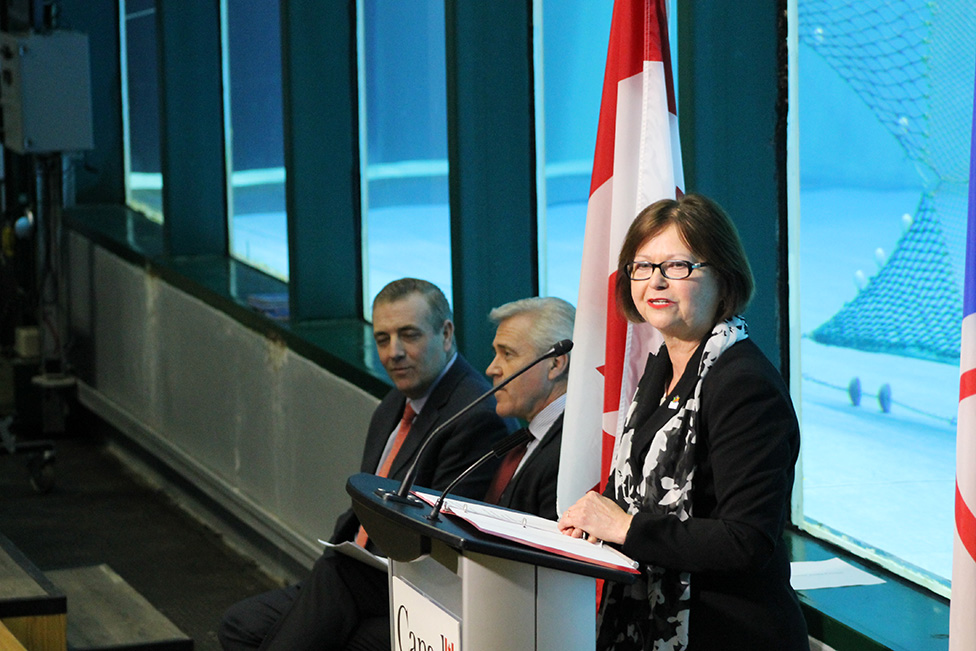 The federal government has announced an investment of $325 million to create an Atlantic Fisheries Fund, that is aimed at benefiting the fishery in all four Atlantic Provinces.

The Fund is aimed at stimulating innovation, with a focus on growing opportunities and increasing their value to meet market demands for sustainably sourced, high quality fish and seafood products.

Judy Foote, Minister of Public Services and Procurement Canada said, in this sector, which is integral to the region’s economy, the fund will hopefully lead to more jobs for fishers in hundreds of small coastal and Indigenous communities across the Atlantic Provinces.

“Our government is committed to growing the fish and seafood sector in Newfoundland and Labrador. With the announcement of the Atlantic Fisheries Fund, we are looking to the future of this industry and taking the necessary steps to transform and drive innovation so this sector is positioned for even greater success.”

This new investment under the Atlantic Growth Strategy will help strengthen the Atlantic economy and increase job opportunities for Atlantic Canadians, Foote added.

Funding for this new initiative is in addition to existing federally funded programs. The Government of Canada and the Atlantic Provinces will collaboratively develop parameters of the Atlantic Fisheries Fund. Engagement with Indigenous communities and stakeholders will contribute to shaping the program, developing partnerships and priority areas for investments in Canada. Further details on the Atlantic Fisheries Fund will be provided in the coming months.

The new Atlantic Fisheries Fund comes in the wake of the controversial $400-million Fisheries Investment Fund that was supposedly negotiated between earlier Conservative governments in Ottawa and Newfoundland and Labrador – related to the removal of minimum processing requirements in the Newfoundland fish processing sector – a bargaining chip to allow Canada to finalize the Canada-European Union Comprehensive Economic and Trade Agreement (CETA).

The deal never did materialize.

Under this new fund, Newfoundland and Labrador will receive approximately $100 million.