Last month, I wrote a rather lengthy column about the “people problem” we have here in Atlantic Canada.

In this month’s column, I thought I would bring a sharper focus to the issues I discussed.

As I pointed out in last month’s column, the problem is not just that we have a diminishing workforce, even though that is a serious issue. In many ways, the diminishing workforce is merely a symptom of much deeper problems that need to be addressed. If we only try to treat the symptom, we are unlikely to cure the disease.

For a start, the labour intensive business model our industry uses simply cannot compete with the labour intensive business models employed by developing countries that pay much lower wages than we do, because our costs are too high. Similarly, we cannot compete with other developed countries that pay higher wages but use much more technology than we do, to maximize value, automate processes, and keep labour costs within reasonable levels. 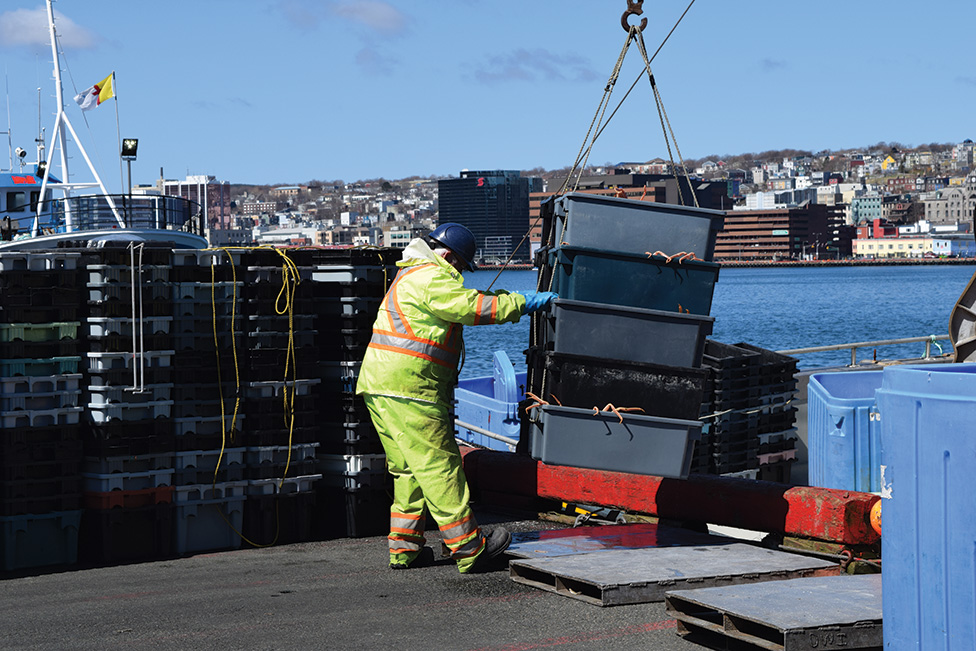 Our short operating seasons make it very difficult to invest in technology and earn a return on the investment. We are stuck in what is sometimes called the “uncomfortable middle” with no clear competitive advantage from either low wages or automation.

The labour intensive business model was beneficial for a long time, because we had a lot of people in rural areas who needed jobs. But it no longer works, and younger people have been leaving rural areas in large numbers in search of better opportunities elsewhere. We now have a shortage of people to do the work available.

Quite simply, the current way of doing things is weakening the economy in rural areas, not strengthening it. Continuing to do things in the same way is not a route to success.

Second, because we use a labour intensive business model and our operating seasons are short, we utilize the people we do have available for only part of the year, then lay them off and expect they will be back next year. When labour supply is diminishing, that approach is not sustainable over time.

Third, the wages we pay are low relative to those paid in other industries in Canada. That means people can find higher pay by relocating from a small rural community dependent on the fishery to a larger urban centre or even a remote work site in a rural area of another province. Plus, they are often able to work year-round and enjoy a better lifestyle, without worrying about whether fishing quotas will decrease again next year or the plant that employs them will close and put them out of work.

It is worth pointing out that what is now happening in Atlantic Canada is consistent with a long-term historical trend.

People became more prosperous after the Industrial Revolution that began in the 1700s, largely because they gave up subsistence farming in rural areas and moved to urban centres, where they could work in factories and turn out products that had much higher value.

The increase in prosperity in China over the past three decades has been due to the same pattern. People have moved from farming small plots of land to working in urban factories that produce iPhones and other gadgetry that have much greater value. Why do we think we can be an exception to this trend?

Fourth, wages are low because our people are essentially competing with others in low-wage countries, who are paid even less. And their productivity levels are low compared to other industries that use more technology to enable their people to be more productive. As any economist can tell you, wages are determined by productivity — the output value you can produce in a given period of time. 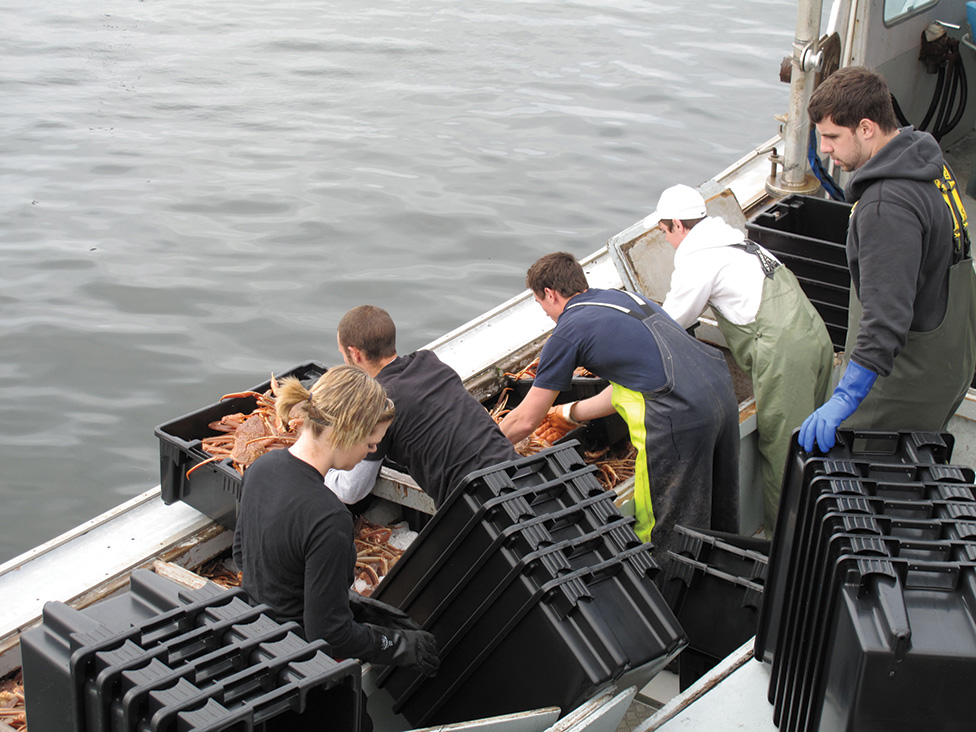 Fifth, Canada, as a whole, has a demographic challenge, because the aging cohort of baby boomers is gradually moving into retirement and there are not enough younger people to replace them. In the Atlantic region, the problem is even greater than it is for Canada as a whole. That means all employers are increasingly having to compete for a diminishing pool of people. Those able to offer better deals are more likely to attract people than those who can’t and the deal offered by the fishing industry is not a good one relative to what others can offer.

We aren’t the only ones with this problem.

In the U.K., the Seafish Authority recently commissioned research to find out what young people (between the ages of 16 and 18) thought about careers in the seafood sector.

One of the conclusions was that, “The next generation see the seafood industry as low skilled and unexciting, leaving seafood businesses struggling to recruit fresh, young talent.” A participant in the survey said, “It’s just the idea of doing the same thing all day long, stinking of fish. No one would say it was their dream job, would they?” Another said, “I look at my mum and dad and they both hate their jobs. I want a job that I look forward to every day, where I’m proud of what I am doing.”

In other words, the problem is not just about wages.

Young people want to see opportunities to develop their knowledge and skills and a way to progress during their careers, rather than simply doing the same tasks for essentially the same pay year in and year out. I am not aware of local research on the same topic, but I suspect such research would reach similar findings.

Sixth, the problem will get worse.

So far, only the leading edge of the baby boom generation has started to retire. Over the next decade, there will be steady losses of people from the industry, as more and more move into retirement. On the other hand, we are seeing cod, redfish and other groundfish species increase in abundance and we can expect fisheries based on those resources to require many more people, because they are more labour intensive to catch and process than shellfish. 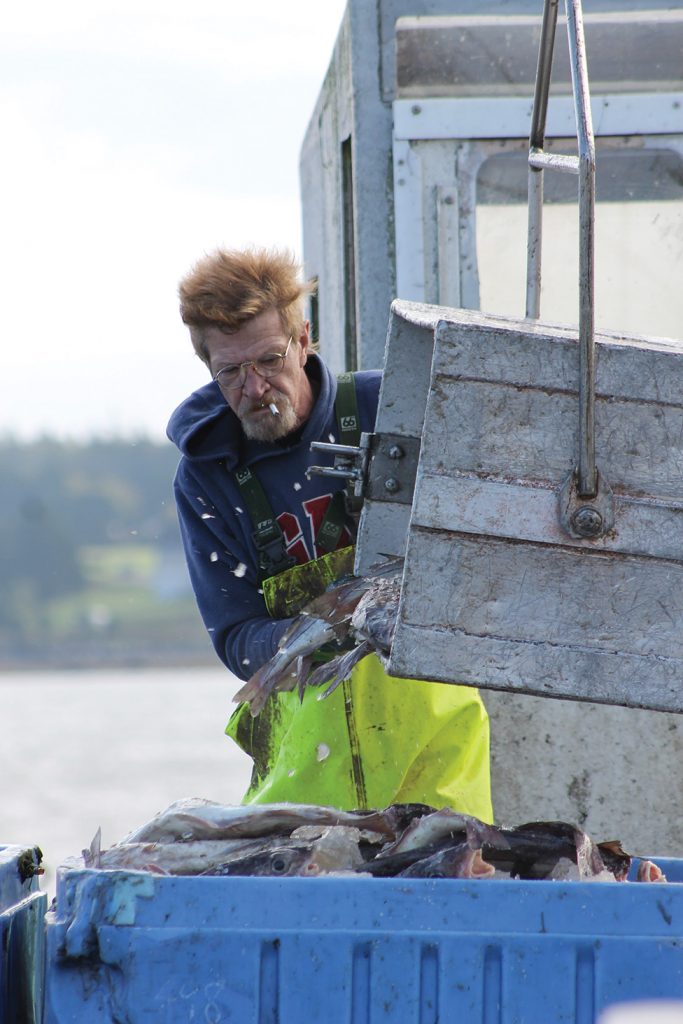 As the foregoing illustrates, the dimensions of the problem are not difficult to identify. And this isn’t the first time they have been identified.

The Ivany Report, published in Nova Scotia in 2014, did a good job of identifying and defining the problem and making suggestions about what could be done. Other studies have had similar findings. The problem we face is not a mystery. The solutions also aren’t mysterious, as I suggested in last month’s column. It’s similar to fishing — you need the right bait to attract what you want to catch.

Solving our people problem means we have to offer young people opportunities that are at least as attractive as those they can find elsewhere. Unless we do that, they will continue to leave. But if we do, they would have less incentive to go. And some would come back from wherever they have gone. However, offering a better deal requires us to make some changes.

We need to move to a less labour intensive business model. That means we have to use more technology to make our people more productive, so fewer people can do the same amount of work — or even more.

To make technology affordable, we have to make our operating seasons longer. In some cases, biology and migratory patterns force limited seasons on us, so there is not much we can do in those circumstances. But there are other cases where short operating seasons are created because of resource management decisions and excess harvesting capacity.

When quotas become available, all the boats go fishing and bring huge catches ashore in a short period of time. That approach was never a good idea and it is no longer sustainable.

Anyone who tells me extending the operating season is not possible doesn’t have much understanding of the industry’s history. It is possible and I have been around long enough to have seen it.

In the 1980s, for example, when cod and other groundfish were the principal focus of the fishery, we were processing crab well into December. In recent years, a myth has developed that you can’t catch crab after about mid-July. But that is simply not true — and never was. We also had year-round groundfish fisheries.

Investing in technology requires taking advantage of economies of scale. That means some minimum amount of utilization is required to justify the investment. In turn, it translates into some minimum amount of raw material required to ensure the needed level of utilization can be achieved. It will no longer be possible to have a fish plant in every community. Catch volumes will have to be concentrated in fewer communities, so plants in those communities have sufficient raw materials to adopt the technology they need to be competitive and viable.

Having a longer operating season and using more technology will increase the productivity of the people working in the industry. Those people will produce more output per hour and that will allow paying them higher wages.

Extending the operating season also has the benefits of offering more reliable work and better incomes and making better use of a smaller number of people. That might even help us attract more people. Instead of commuting to a work camp in rural northern Alberta, some might prefer to stay home and spend more time with their families.

Part of the productivity increase must come from producing higher-value products.

Instead of catching more fish, we need to get more value per fish. Rather than producing low-value commodities and selling them in bulk, we need to focus on high-value niche markets, where the competition is less intense and prices are higher.

We can also obtain more value from our raw materials by turning by-products now treated as waste into products that have market value. It can be done and is being done both elsewhere and by a few companies here in Atlantic Canada.

A large part of the challenge we face is our understanding of the issues, our difficulty imagining another way of doing things and our unwillingness to break old habits and learn new ways of doing things. As the comic strip character Pogo once said, “We have seen the enemy and he is us.”

We need to think differently about where we are as an industry and what we need to do to create a better future. We have created the present situation through a series of choices made over decades. And we can change it, by making different choices for the future.

Essentially, we are stuck in a rut — operating in much the same way year in and year out but not making any progress in solving the problems that are endangering the future of the industry. Until we are prepared to make meaningful change to how we do things, no improvement is possible and things will get worse.

But if we are willing to make the changes needed, this industry can be attractive to a new generation and have a very bright and prosperous future.

It’s probably unrealistic to expect fish harvesters and plant workers to initiate the changes needed. Instead, we need the industry’s leaders to provide the leadership needed. Who will step forward to express the vision and inspire others to action?

If no one does, the benefits we get from our fish resources will continue to diminish over time. At best, we will supply raw materials for others to process elsewhere. At worst, we may have to allow foreign fleets back inside the 200-mile limit, to catch fish we are unable to catch ourselves.

It would be quite a legacy for this generation to leave behind as they exit the industry. Is that really what you want for your children and grandchildren?

No Replies to "Our People Problem — Part II"