Sarah Walsh, from Mount Pearl, Newfoundland, has always been on a wet and slippery slope.

Her summers were spent in Port Blandford where she says, “My parents always had us out on the water. Every weekend we were either out fishing or going to the beaches. I can’t remember when we never had a speed boat, canoe or a pleasure craft.  I think that’s where it kind of started.”

She says as a child she always wanted to be a marine biologist, but somewhere along the way, “When I went to university I wasn’t sure what I wanted to do. I was talking to a friend and said I think I would like to become a marine biologist, she said, sure, that’s what you said you wanted to be when you were younger. Somewhere along the way I must have lost interest in it, but am happy to have rediscovered it.” 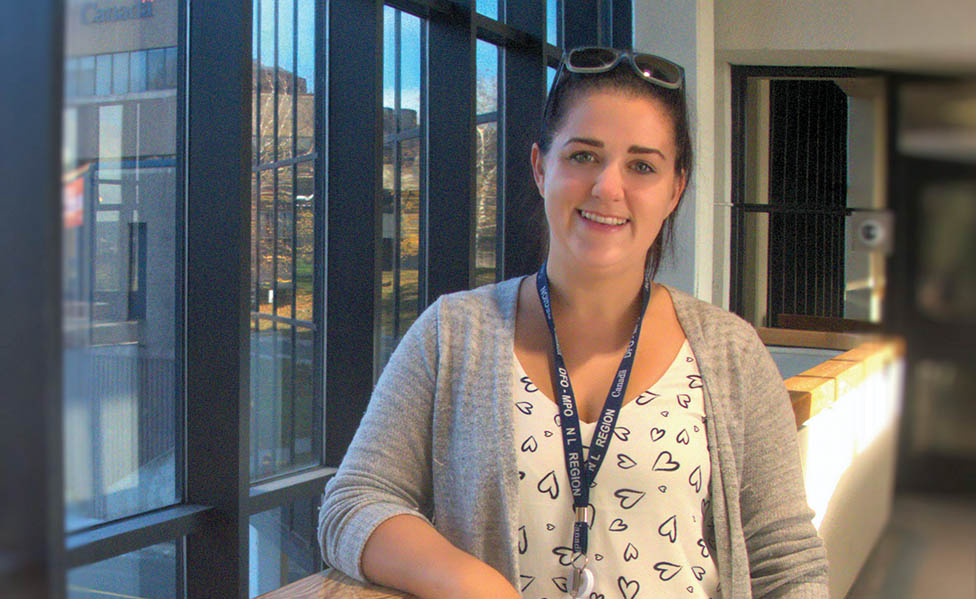 In May 2017, Walsh, 29, was hired to work with the Canadian Hydrographic Service (CHS) in the Science Branch of Fisheries and Oceans Canada. She is now one of the newest scientists at the Northwest Atlantic Fisheries Centre in the White Hills.

As the senior scientists of the baby boom generation get ready to retire, “They want us to learn and they’re trying to teach us a little of all aspects of everything that’s done at CHS,” says Walsh. “So, they have to make sure that we know what we’re doing so that we’re able to continue on and keep the organization the way it’s going.”

While Walsh’s youth was spent on top of the water, she is now delving deep into the nooks and crannies of the ocean floor with CHS.

“Basically, we map the oceans. We use sound to generate images of what the sea floor looks like and then we use that data to create charts.”

“We work to ensure that all boats that are being operated along Canada’s coastlines are safe. In turn, we help ensure the safety of our oceans.”

CHS is currently maintaining nearly 1,000 charts across Canada, with 155 of those along Newfoundland and Labrador’s coastline.

“I was kind of intrigued by that and then I came across the Ocean Mapping program at the Marine Institute that looked into this new technology and I think that’s what got me going.”

The technology they use is a multibeam echo sounder, which maps the seabed. The multibeam system emits sound waves in a fan shape beneath a ship’s hull. The amount of time it takes for the sound waves to bounce off the seabed and return to a receiver is used to determine water depth. Picture the light beams coming out of a flashlight; the closer you get to the wall, the smaller the beam. The same concept is true for the multibeam system, the shallower the area, the less coverage you get of the seafloor.

With 70 per cent of the earth covered in water, the shape of the ocean floor is a substantial influence on our weather. Getting accurate measurements of the bottom of the ocean are important for studying tides and the amount of heat the ocean holds. These observations are used to help predict the weather, both with short term and longer-term climate patterns.

Walsh says you’ll be surprised, “Less than five per cent of our oceans have been accurately mapped. You can definitely say that we have more accurate maps of different planets than there are of our own sea floor.”

Robert Ballard, the oceanographer who discovered the wreck of the Titanic says, “With only five per cent of the ocean floor mapped, our knowledge of what’s beneath is about as detailed as a set dinner table with wet blanket thrown over it. You can see the outlines, but how do you tell the candelabra from the turkey?” 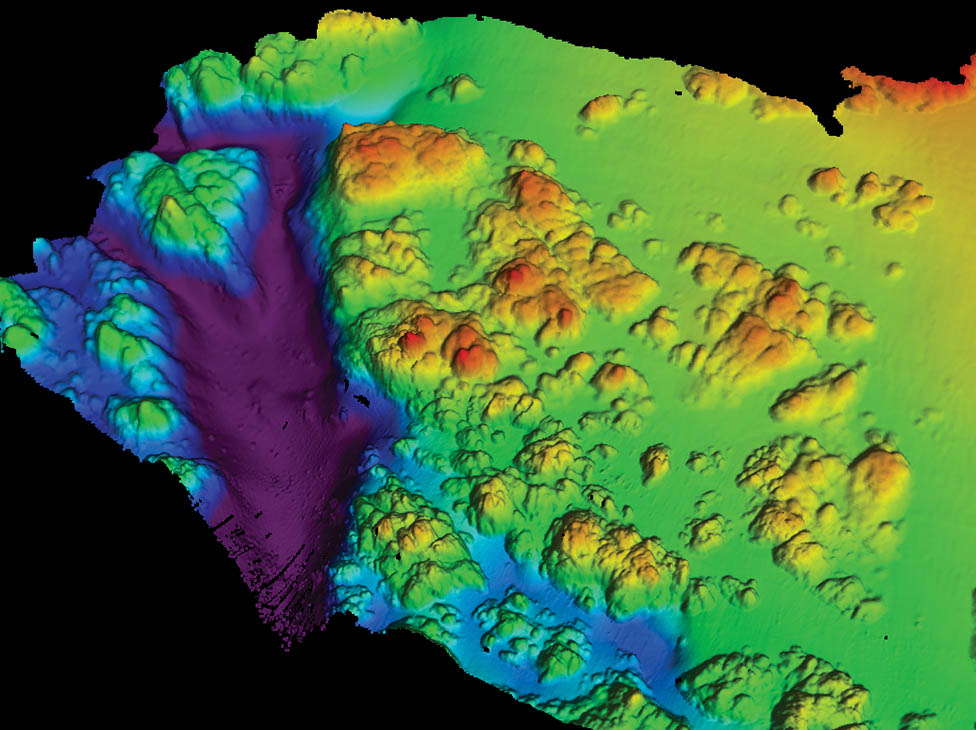 So far, the favourite part of her research is, “The discoveries, the things that people don’t know about. Finding features beneath the ocean surface that people did not know existed is exciting. I think that’s the fun part about my work.”

This past summer, she was a part of a CHS survey along the coastline near Burgeo, N.L.

“Getting the opportunity to survey in my first year was exciting enough, but being able to see how heterogeneous the seafloor was near Burgeo was amazing. However, surveying seafloor that ranges from five metres to 300 metres, can lead to some tedious work.” She is now working on updating the existing chart for Burgeo by incorporating this newly acquired data.

When Walsh tells people she works as, “a multidisciplinary hydrographer,” most people respond, “wait, what are you? A lot of people just don’t know what it is. It throws them off a bit but when I start describing what I do, people find the discovery of the sea floor just cool in itself. Well, I find it cool, so I assume they do too.”

Walsh is still out on the water, but her vantage point now includes the deepest outlines of the sea and its underwater landscapes.

The Survival and Patience of Job — Part II

No Replies to "Over and Under"