Peering Under the Surface

The funny thing about fishing is how little we know about the animals that form the basis of this industry.

For most commercially-exploited species in Canada, we know roughly where they live, how many there might be and if we’re lucky, what eats them and what they eat. Beyond that, there are far more mysteries than facts in the ocean.

Throw some technology at it and we can get a very sophisticated picture of what moose need to live and their role in the ecosystem. This is a lot harder for marine fish.

Globally, the average depth at which animals are commercially caught is a little more than 100 metres or 55 fathoms. Scuba divers normally can’t go below 40 metres and submersibles and remotely operated vehicles are extremely expensive — so a ‘walk in the woods’ becomes more difficult. 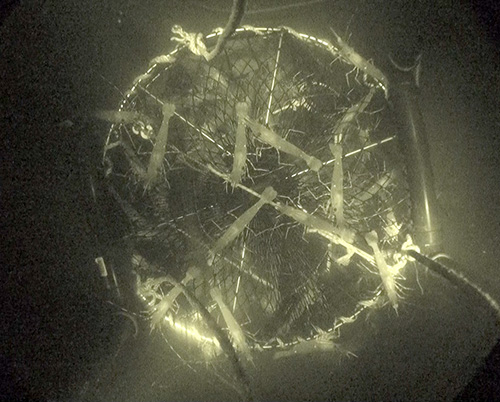 An underwater camera captures more than 100 prawns crawling over each other to enter the pot during the 2010 study off the coast of B.C.

How do we get the information we need to manage a fishery? Most of it comes from what we pull out of the water in fishing gear — whether it’s from research surveys or information recorded directly from fishers’ catches.

We count, weigh, dissect and measure information about captured sea life and enter the data into computer models that tell us about the health of marine resources. Sonar also paints a picture of deep-sea habitats or schools of fish, but ultimately our ability to directly observe what goes on in the ocean, around fishing gear, is limited. The ocean itself remains largely a black box.

This is a big problem — without direct observation, how can we understand the behaviour of the animals we are trying to harvest or determine the impact of our activities on the sea bottom?

This is my job as a scientist and our collective job at the Marine Institute’s Centre for Sustainable Aquatic Resources (CSAR) — to open the black box and peer inside.

Back in 2010, my colleagues and I used an underwater camera in British Columbia to assess the catch performance of pots designed to trap spot prawns, a large cold-water shrimp species in the same family as the pink shrimp caught in Atlantic Canada. In this fishery, strings of 50 pots are deployed about 100 metres underwater all the way up the coast. Until this study, no one had ever observed what happens when you put a trap in the water.

Our footage was breathtaking. In one video, we saw more than 100 prawns crawl over each other to enter the pot. In another, we watched rockfish approach the pot and try, without success, to pick off prawns and large Dungeness crabs.

Overall, we saw more species on the video than were actually caught, showcasing the diverse communities that are affected when a baited pot is deployed.

Aside from pretty pictures, we gained important scientific insights. We found that when there are large numbers of prawns in an area, many of them escape capture. However, as the number of prawns in an area decreases, proportionally more of them get caught. In other words, if you put a pot at a site with very few prawns, you will probably catch most of these stragglers, with few left behind.

What effect could that have on hungry fish that need those prawns to survive and grow? Clearly, more research is needed.

In a separate, more recent study, the team at CSAR built a lightweight camera apparatus designed to study Norwegian pots.

We know the pots catch fish and crab, but we need to learn more to determine whether they are efficient enough for wide-scale use and to better understand how animals interact with the gear.

In October, Philip Walsh and I went to sea to record these videos. However, Philip conducted most of the study with the fishing crew as the post-Gonzalo ocean conditions overcame my west-coast sea legs. Anulika Mbakwe, a graduate student at CSAR is now analyzing the videos and while we are still working through the data, we have already seen some surprising results.
First, the pots attracted hagfish (slime eels) — in a big way. So much so that at times, our videos are completely obscured by a seething mass of these slimy jawless fish. 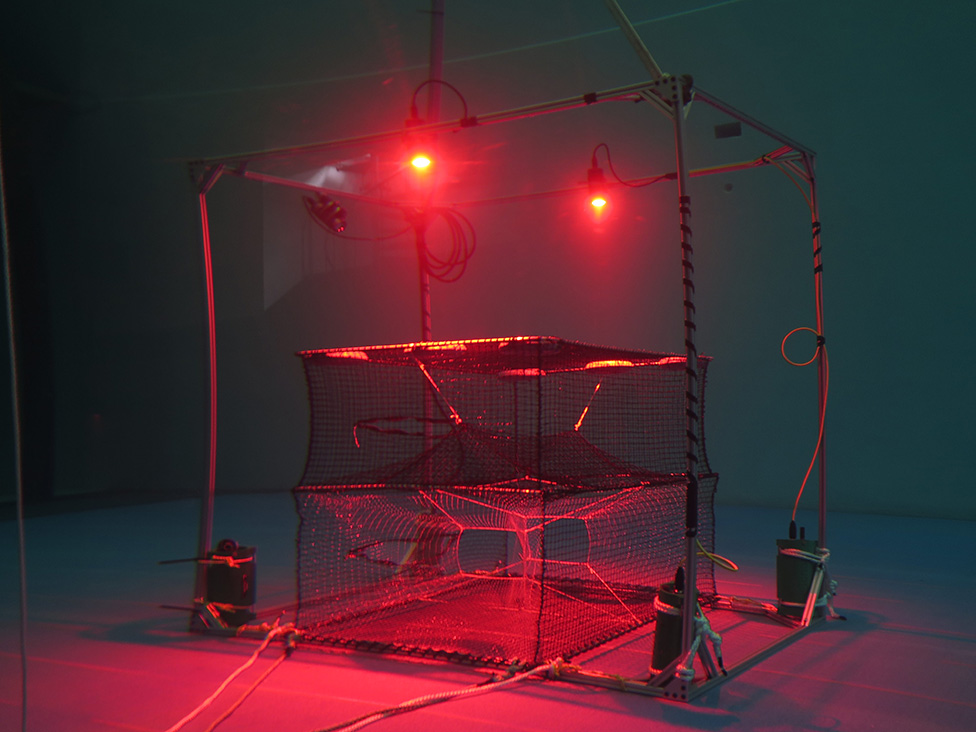 A lightweight camera apparatus built by the team at CSAR is designed to study Norwegian pots.

Secondly, we found many crabs actually fail to get in the trap despite attempts to make their way through the opening. This gives us clues about how to improve the gear.

Finally, we found pots are a magnet for white hake — almost all white hake that approached the gear managed to get in and rarely escaped. As a stock, white hake are on the mend, but we must be careful to avoid overfishing them or they won’t be able to recover to a level that safely supports the fishery. 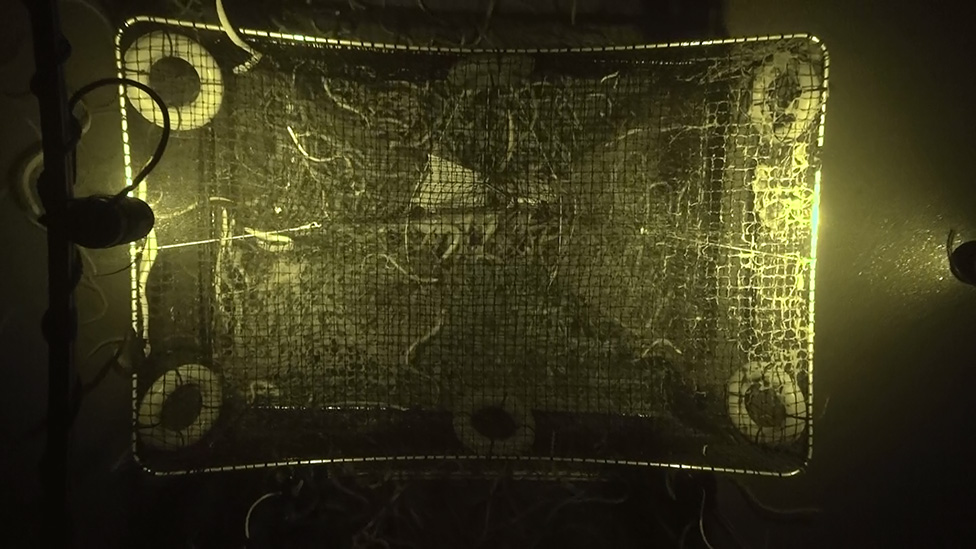 During the October study of the Norwegian pots, the videos often became completely obscured by a mass of hagfish (slime eels).

These studies provide rare glimpses into the undersea environment that supports our fisheries. There is simply no substitute for direct observation and we never know what we will find when we send cameras into the deep.

But we can’t do this alone — the only way we can continue to do this work is through support from fishers and our funders. If you have a question about what lurks around your fishing gear, how the gear could be more efficient or how to reduce environmental impacts, contact CSAR.

The spot prawn project was funded by the National Science and Engineering Research, the Government of British Columbia, Mitacs and the Pacific Prawn Fishers Association. The stone crab project was funded by the Canadian Centre for Fisheries Innovation and the Fisheries Technology and New Opportunities program from the Provincial Department of Fisheries and Aquaculture. The at-sea portion was conducted with the support of Winston Pitcher and crew. The spot prawn study is featured in the Journal of Ocean Technology – Volume 9, Issue 3, Page 84 — www.journalofoceantechnology.com.

This author has not supplied a bio yet.

No Replies to "Peering Under the Surface"