Sonya Walsh didn’t hear her husband Keith get up on Tuesday morning, September 6, 2016.

Neither did she hear the alarm clock that always woke Keith. She didn’t hear her husband and their son Keith Jr., age 18, having breakfast and chatting before they left the house at approximately 5 a.m. to go fishing.

Ordinarily, 36-year old Sonya would have merely dismissed her deep sleep that morning as nothing more than extreme tiredness, but events later that day makes her wonder about some things.

The father and son fishing team stopped along the way to their boat to pick up Eugene Walsh, father of Keith and grandfather of Keith Jr. They also stopped and got a close family friend and fishing crewmember, Billy Humby.

The Walsh fishermen and Billy were on the move early that morning to attend to their cod gillnets located approximately one mile north of Cape Spear, just south of the entrance to St. John’s Harbour.

Winds were expected to increase later that day so the sooner they got away from the so-called “boat basin” on the south side of St. John’s Harbour, the earlier they’d get back to port, hopefully before the winds strengthened. 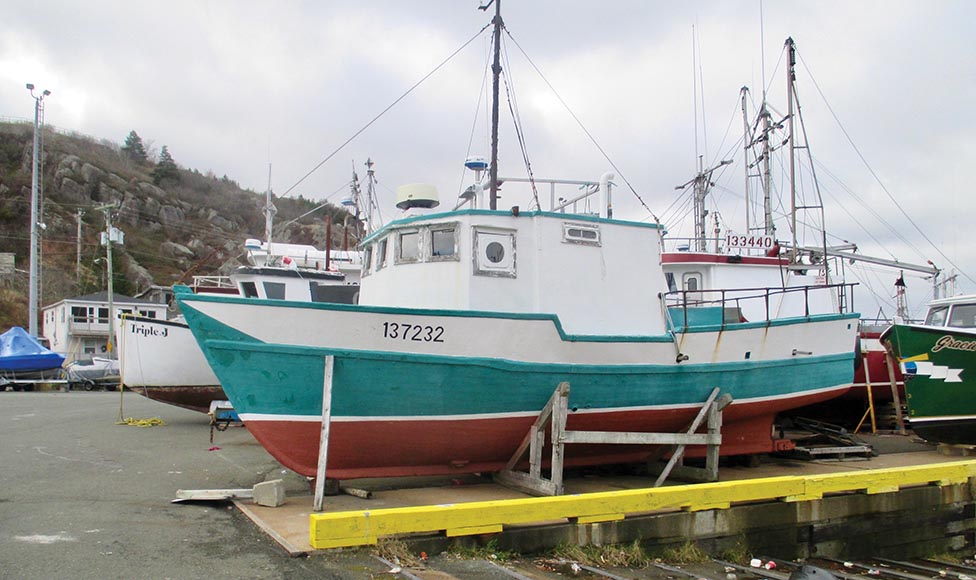 The Melva (retired) on dock at St. John’s Boat Basin

The three generations of Walsh men, along with 37-year-old Billy Humby, were commercial inshore fishermen from a section of St. John’s known as Shea Heights atop a high hill on the city’s south side. Eugene, 61, was the eldest of the four and the fishing-enterprise owner. Eugene had retired his old longliner, Melva and fished lobster, capelin and cod from their open speedboat, Pop’s Pride.

At 22 feet, Pop’s Pride was a tad small to comfortably accommodate four men and fishing gear but still, it was a sturdy little boat and should serve the purpose. Meanwhile, they had made some accommodation with a friend who owned a larger vessel to fish their crab quota.

No one will ever know whether the four men were concerned about weather and sea conditions or the forecast that morning, but if they had discussed those issues, a decision to go fishing or not might have been influenced significantly by government resource management measures. Fishermen were required, as a condition of licensing, to attend to fishing gear every 48 hours in order to ensure fresh product and minimize waste through discards of poor-quality fish.

Pop’s Pride speedboat (photo courtesy of the Transportation Safety Board)

Another factor was a regulation implemented that season known as “no end-of-season” date. Because the cod season closing date was not predetermined, the fishery could be closed at any time and as a result, fishermen were highly motivated to always reach their weekly quotas. Many fishermen argue those conditions placed fishermen under pressure to leave port sometimes when it was not safe.

Keith Walsh likely felt an additional pressure on September 6, 2016. He was leaving the province on Wednesday to attend his son’s wedding in Ontario.

The Walsh men were experienced fishermen and were known to be careful on the water.

Terry Ryan was a close friend of Keith Sr. and had made trips out in boat with Keith and Billy dozens of times. He says his friends respected the might of the ocean and were always careful to take necessary precautions.

“I always felt safe and was very comfortable when I was out in boat with them. They always made sure I wore my lifejacket and they were serious about it too,” Terry says.

Terry is proud to talk about his good friend Keith Walsh.

He describes Keith as one of those people who are like glue that helps keep an entire community pulsing together as a single unit.

Terry grew up in Mount Pearl but, through Keith, he grew to understand that Shea Heights was more than a neighborhood, it is a very distinct community in its own right and because of Keith’s popularity, Terry was accepted as something of an adopted citizen of Shea Heights.

Sonya Walsh is also proud to talk about her husband’s popularity in his community.

She says Keith was part of whatever events were happening in the community. Always smiling broadly, the good-natured fisherman was known as a very giving person.

“Every Christmas he would give a turkey to everyone in both our families and one to all the hockey team. He’d buy fresh turkeys from a local farmer and hand them out along with a bag of vegetables to go with them,” Sonya says.

She also explains that Keith was not one to join service organizations, but he served his community selflessly on an ad hoc basis and he did so constantly.

Keith was also a good athlete. He played both ice hockey and ball hockey. He was the team’s goalie in ball hockey and took the game very seriously. He was nervous before every game Sonya says.

“Sometimes, if it was an important game, he’d be so nervous, he’d throw up before he left the house.”

It was through ball hockey that Keith became close friends with Terry Ryan. Terry was an ice hockey player of considerable renown before he became heavily involved in ball hockey. He played pro hockey for many years, including a short stint with the Montreal Canadiens.

Meanwhile, Sonya still talks about the strange morning of September 6, 2016.

There was something perplexing about her behaviour that morning. She says it was extremely unusual for her to sleep through the early morning activity of her 43-year-old husband and her son, as the men ate breakfast and gathered their gear for a day on the ocean.

She was always aware of every move when her husband and son prepared to go fishing. Sometimes, she would even get up for a few minutes to wish them well before they left, but that morning she was oblivious to her surroundings. 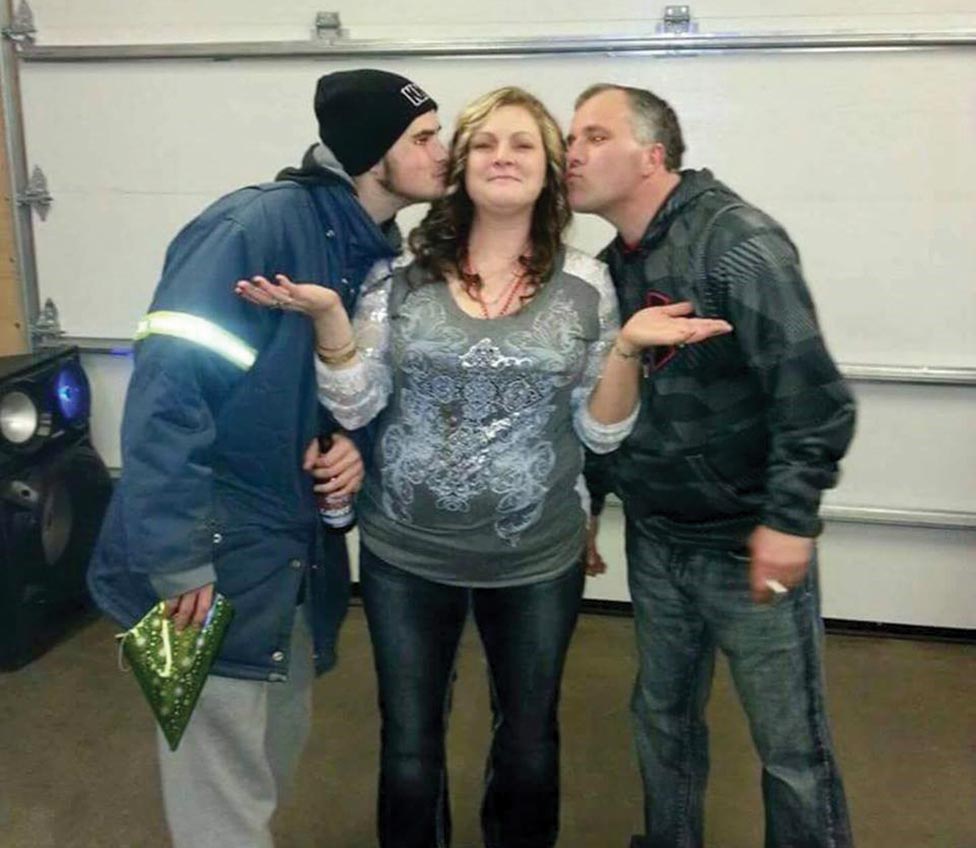 When Sonya eventually woke and got up, she thought it strange that she didn’t hear the guys leave, but figured she slept more soundly than usual because she was not feeling well the night before. In fact, she was still feeling queasy and tired, but she pushed herself to get moving because she had errands that had to be done.

She and Keith were leaving for Ontario the following day to attend Keith’s son’s wedding and she needed to pay some bills and attend to things commonly required just before leaving on a vacation.

Sonya ran her errands and returned home later in the morning, but she was still not feeling well.

“My stomach felt like it was in knots, so I decided to lie down. I fell asleep but I sort-of woke when I heard someone come into the house. I clearly heard the footsteps crossing the floor and they were wearing shoes — my son is the only one who leaves his shoes on in the house, so I figured it was young Keith and that the boys were back for the day, so I stayed lying down for a little longer,” she says.

When Sonya was trying to make sense of it all, she remembered that there was something different about the moment when she heard her son’s footsteps.

“We had three dogs and they always barked a lot when anyone, including family, entered the house. I remembered thinking the dogs didn’t bark when I heard young Keith walk across the floor to the kitchen.”

That dream, or whatever it was, has never left Sonya Walsh’s mind.

Join us next month for Part II of Pop’s Pride.

No Replies to "Pop’s Pride"