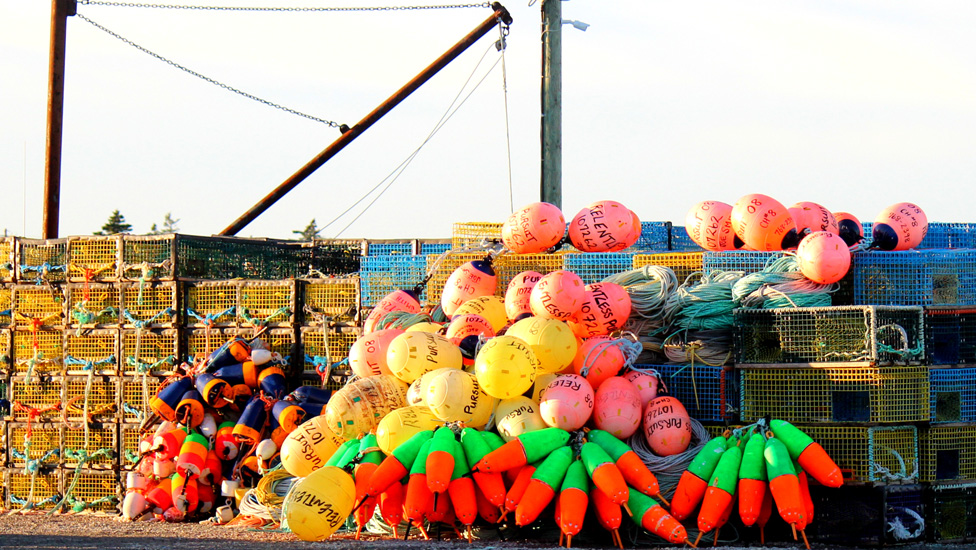 Harvesters are reporting solid catch rates and receiving in excess of $6/pound for their early season lobsters. It began in August when New England production was lower than in previous years, but boat prices were up. A cold, late spring led to the shedder season being delayed three weeks which precipitated a lack of product when the summer market demanded it.

Prices were 50-75 cents higher than a year ago.

The shedders appeared in September but prices remained high. In Canada, processors paid Maine dealers as high as $4.85/pound (U.S.) ($5.85 Canadian) for product due to the lack of production from Atlantic Canada, which saw only one district (LFA 25) opened.

These high prices and the inability to find plant workers due to a federal government policy cutting processors’ ability to bring in foreign workers is playing havoc with some companies, forcing some of them out of business.

When the season opened in LFA 35, 36 (Bay of Fundy, Grand Manan), landings were down an estimated 20 per cent from last year, but prices more than made up the difference. A year ago harvesters received $4.50/pound for their catches. This year they received $6-plus and the price was still holding as the opening of LFA 33-34 neared.

As well, demand for the Canadian product is expanding, especially in Asia and northern Europe. A weak Canadian dollar is a major part of the mix. So expectations were high that the bar would be $6/pound or better, making this one of the strongest opening day price in years.

The lobster fishery in western and south western Nova Scotia extends from Burn’s Point, Digby County around the coast to Eastern Passage, Halifax County. But the heart and soul of this fishery is between Saulnierville in Clare and the Barrington-Cape Sable Island area where opening day landings of 9,000 pounds are not unheard off.

The common mantra about Homarus americanus was that there were two distinct variations — one in the Gulf of St. Lawrence and the other in the Gulf of Maine.

But after five years of research, the Canadian Fisheries Research Network, a triage between academic researchers, the fishing industry and government, found 11 distinct variations between the water off Atlantic Canada from the Gulf of Maine to Newfoundland and Labrador.

Seven locations throughout the region were used, where researchers sequenced more than 10,000 strands of DNA on lobsters from each location.

The group worked with 267 fishermen and sampled 137,000 egg bearing females. It was discovered that larvae from the Gaspe area, a cold-water region, develop more rapidly than larvae that live in warm-water habitat.

Large egg-bearing females were tagged in the fall from Grand Manan Island and through tracking discovered that they moved to deeper water in the winter and migrated back to coastal areas in the spring.

Actually, this wasn’t new information as harvesters have known this for quite some time.

This fact has led to an explosion in LFA 34 of the construction of 45-foot lobster vessels — with some being 30-feet wide. The size of these vessels enables them to fish further offshore and in rougher sea conditions than the standard-sized Cape Island boat which is the norm in these parts.

The researchers also found that there was a lot of movement off the Scotian Shelf, the southern point of Nova Scotia to fishing banks, such as German and Browns.

This was a massive undertaking with five provinces being involved as well as 17 fishermen’s associations, five DFO offices, the P.E.I. Department of Agriculture and Fisheries and five universities.

It received $5 million from the Natural Sciences and Engineering Research Council of Canada and a similar amount from federal and provincial governments and industry.

On another issue, lobster harvesters have been advised not to use green crabs as bait for their traps as they contain a parasite which could be harmful to lobster. While this would not make the lobster inedible to humans, the practice should be discouraged.

The green crab is an invasive species with a voracious appetite which has invaded a large part of Atlantic Canada.

Transparent and Accountable: A New Approach to Regulating Aquaculture

Living Up to Election Promises: N.L.’s Federal Cabinet Minister Outlines Fisheries Commitments Kept and Those Yet to Come

No Replies to "Positive Prices: LFA 33-34 Lobster Season Starts on a High Note"