Predictability is the degree to which a prediction, forecast or expectation is likely to come true.

It is the foundation on which all plans are made. Unless there is a reasonable expectation of predictability, a plan has little chance of becoming reality.

So, what must we do to live and be successful in a world that repeatedly throws curveballs at us? As the saying goes, hope is not a plan, so we need to plan anyway and account for the uncertainty in the plan. 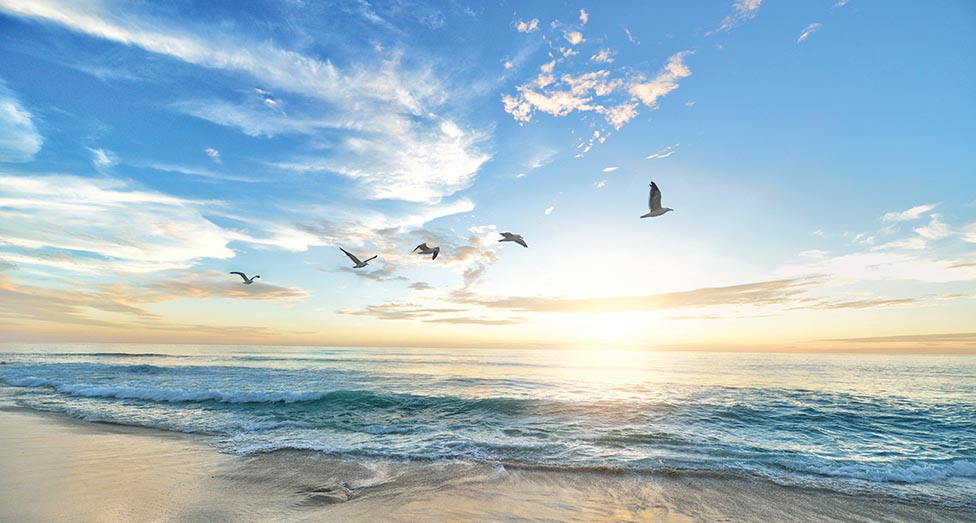 Predictions are about the future, which can never be forecasted with absolute certainty, so they are based on probability — what is likely to happen. When something is predictable, there is sufficient likelihood it will actually happen for it to provide the basis for a plan. But we still need to recognize that things may not go according to plan and be prepared for that possibility. That is why we need plan B and maybe even plan C.

Predictability is critically important for making decisions, large and small, about the future.

For example, we look at the weather forecast every day, to decide what to wear and what to do. If the forecast is wrong, it can spoil our day. In more extreme cases, unexpected weather can lead to loss of life, as has happened with some regularity in the fishery, other marine-related activity and aviation.

In many ways, predictability is based on understanding the relationship between cause and effect. That relationship is fairly straightforward when it is governed by the laws of nature or scientific principles. But the connection between cause and effect is not as dependable, when it is contingent on human beings, who are inconsistent in their knowledge, motivations, decisions and behaviour.

Predictability is related to reliability and trust.

As I have said before in this column, business and many other activities that involve interaction of people and organizations depend heavily on trust.

Trust is based on three main dimensions of human behaviour:

Being able to predict with confidence is key to the success of many human activities, but it is especially important in business.

If outcomes are not reasonably predictable, it is nearly impossible for a business to plan and schedule activities, borrow money, make investment decisions, or even retain customers, suppliers and employees. For that reason, one of the key challenges for every business is to make things as predictable as possible for itself and its different stakeholders.

Without predictability, there can be chaos, because no one knows what to expect.

That was what happened during the 2008–09 financial crisis. Money stopped flowing through the economy, because banks and other businesses didn’t know who was a good credit risk and therefore, who they could trust to do business with. Massive government intervention was required to rebuild trust and get money flowing again and it lasted for over a decade.

More recently, we have learned a few more lessons about predictability, reliability and trust from events related to COVID-19. In particular, we have learned some lessons because of dramatic changes in the availability of much-needed goods and services.

Production systems for goods and services are all about flow — sourcing, using, making, doing and moving. Ideally, the flow should be continuous. When it stalls or stops, there can be a lot of wasted materials, time and money.

Such systems must be designed to provide predictable outcomes, in terms of output quantity, quality, cost and delivery times. But achieving the needed predictability typically requires considerable effort to plan, organize, monitor and control activities and outcomes. Consistently good outcomes do not happen by chance.

Over the past 20–30 years, production of most goods has substantially been reorganized in two ways:

globalization of markets and supply chains; and

Just-in-time delivery and lean operations are aimed at achieving continuous flow. They are highly dependent on having supply chains that are reliable — i.e. predictable — in delivering items to customers as they are needed.

Before these developments, businesses carried substantial inventories, to ensure that items would be available when needed to support their operations. But inventory represents a stop in the flow.

Apart from the cost of the inventory itself, holding it requires additional costs for warehouse space, transportation and handling. Holding inventory ties up capital that otherwise could be invested more productively. That is why it has largely been eliminated.

These days, goods held in inventory are mainly items that sell quickly, such as groceries.

Even then, food stores have little inventory other than what is on display on the sales floor or items that have just arrived and are about to be put out for sale. Instead of carrying extra inventory in a warehouse, they depend on a steady flow of trucks delivering what they need to replenish the items sold. And sold items are replenished based on the flow of transactions through the check-outs.

It is a highly coordinated system that depends on things happening according to a schedule, with little room for error. Costco’s system is so efficient that goods are typically sold before the company has to pay for them, so they don’t have any investment in inventory at all.

Similarly, non-food retailers carry very little inventory, especially of items that sell for relatively high prices, or items that turn over slowly, such as car parts, furniture and appliances. They may have showrooms, where you can see what they have to offer, but seldom can you buy a product on the spot and take it home. Instead, they will order it and have it brought in within a few days.

As the coronavirus pandemic expanded, the weaknesses in this business model became apparent. 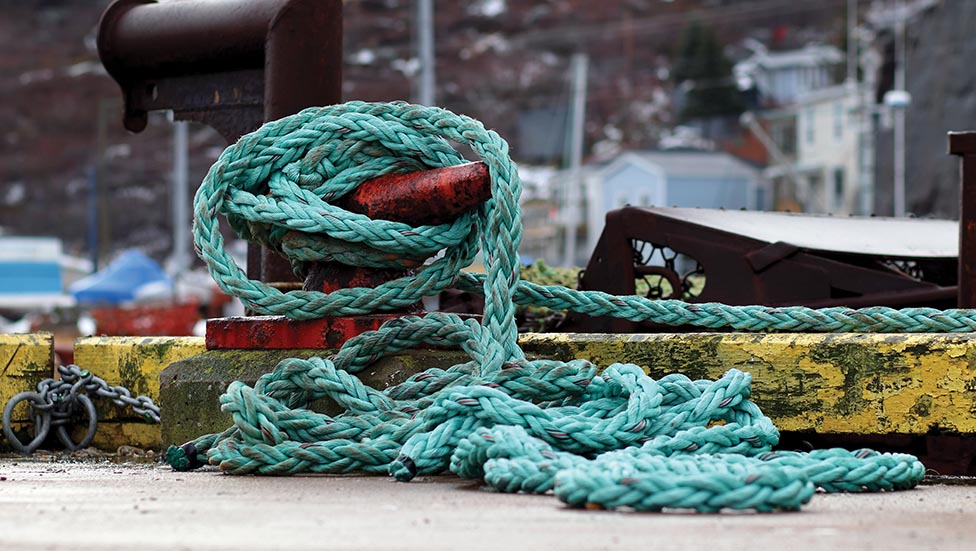 Supply chains built on predictability suddenly became unpredictable, as large parts of the global economy shut down and consumers began hoarding products such as toilet paper, hand sanitizer and disinfectant wipes. Personal protective equipment needed by health care workers and other people in jobs considered essential were either in very short supply or a long way from where they were needed. Competition among different jurisdictions for shares of the limited quantities of these items available drove up the prices paid. The cost has been very high in money, suffering and even death.

As that experience illustrates, when things are not predictable and reliable, they can quickly become chaotic.

You have a choice — you can either pay the cost now to achieve predictability or pay it later, possibly in a form other than money. Because of the consequences the world has suffered, we can expect production to be reorganized again in the coming years, to improve predictability and avoid such problems, should similar events happen in the future.

So, how does this relate to the fishery?

Well, the capture fishery operates on seasonal patterns that result in building up substantial product inventories in a short time that will be consumed much later. Those inventories are expensive to hold and deteriorate in quality while they are stored — out of sync with current business thinking.

In addition, the industry has long suffered from poor predictability, in terms of catches, product quality, incomes and profitability. Furthermore, it has been disrupted by the development and expansion of aquaculture, which supplies competing products using more predictable production methods. These issues have had many implications for people in the industry, customers and communities dependent on the industry.

There are many reasons for the capture fishery’s poor predictability — e.g. climate change, weather, inadequate understanding of ecosystems and fish stocks, overfishing, seasonal operations, variable catch rates, lack of coordination between independently-owned harvesting and processing operations, labour-force demographics, international trade wars, policy changes, price changes and currency exchange rate fluctuations, to name some that are ongoing. And then there are unique events like natural disasters, 9-11, the 2008–09 financial crisis and the current COVID-19 pandemic that pop up occasionally and disrupt markets and supply chains.

Such large-scale events have ripple effects on every industry and everyone, including the fishery.

As the list of reasons indicates, some of the poor predictability is due to factors beyond our control.

Global and even more localized events seem to be less predictable than they used to be. Five years ago, how many people would have predicted that Britain would leave the European Union or that Donald Trump — an unpredictable loose cannon — would become President of the United States?

Who was prepared for the big increase in lobster landings or the dramatic decreases in crab and shrimp quotas we have seen in Atlantic Canada over the past 10 years? We do, indeed, live in a VUCA world and have to learn to deal with that.

As famed biologist Charles Darwin once said, “It is not the strongest of species that survive, nor the most intelligent, but the one most adaptable to change.”

In other words, we shouldn’t be too rigid in our thinking, business structures or activities. Instead, we should be willing and able to adapt, as circumstances change. The new business buzz word for the ability to adapt is “agile.”

We have no choice but to adapt to changes that are beyond our control. Because the future is practically impossible to predict with certainty, we need to consider a range of possibilities and develop a plan for dealing with each one, should it happen.

Unfortunately, adaptation is easier said than done and it takes a while. It doesn’t happen overnight, even in biology.

We can do more to avoid overfishing, to make fish stocks sustainable. We can catch fish closer to the time they will be consumed and improve onboard handling to ensure quality is more consistent. And we can better coordinate effort between the harvesting and processing sectors, to serve customers better and operate more efficiently.

Doing these things will improve predictability and they should produce benefits for everyone involved in the industry. If the industry were more financially stable, it could then make investments to help it deal with issues over which it has less control.

When it comes to essential items, such as food — and seafood in particular — we should follow the once-famous motto of Holiday Inn, “the best surprise is no surprise,” which promised customers a consistent experience, no matter which of the company’s hotels they were staying in.

Similarly, one of the main drivers of the success of McDonalds quick-service restaurants has been the consistency of its products and service from one location to another.

As these examples show, when customers know what they can expect, they can predict what their experience will be — and they will keep coming back.

The Changing Face of Seafood Distribution

No Replies to "Predictability"