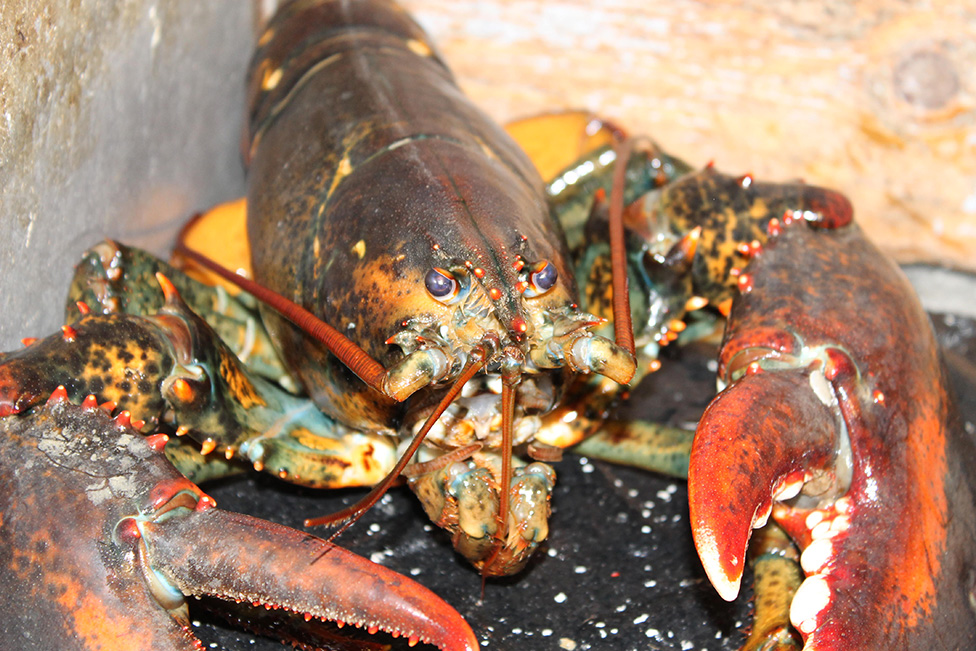 The Lobster Recruitment Index from Standard Traps project began in the spring of 1999 after one of our fishermen members came to the Fishermen and Scientists Research Society (FSRS) with a project idea and our science committee was consulted. 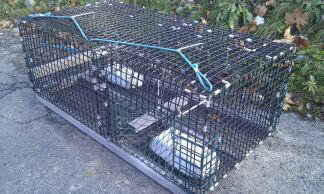 The project was initiated by the Fishermen and Scientists Research Society (FSRS) in cooperation with the Invertebrate Fisheries Division (currently named Population Ecology Division), DFO at the Bedford Institute of Oceanography (BIO) in Dartmouth, Nova Scotia. The initial phase of the project was planned for five years but after reviewing the project’s usefulness, it is scheduled to continue for the foreseeable future.

In 2014, this project involved 133 volunteer fishermen from Lobster Fishing Areas (LFAs) 27-35 who fish standardized traps and take measurements of the lobster caught.

These standardized traps are fished by volunteer fishermen in the same location throughout the lobster fishing season. 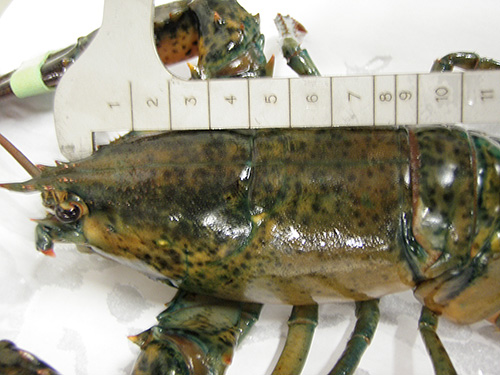 Photos showing the measuring gauge used to record the size classes of the lobsters caught in the traps.

Depending on the LFA; each participant will fish 2-5 traps. In all LFAs, the traps are in addition to the legal limit and will display a scientific trap tag from DFO. All undersized and berried lobsters must be released back to the water after they are measured and counted. As part of a quality control process, all participating vessels agree to take an FSRS technician on board upon request.

The Lobster Recruitment project participants are selected by a selection board made up of fishermen and scientists from the full study area for unbiased representation.

Potential participants may send in an application form with references and it will undergo a review process which includes violation checks for the past five years. Anyone with a lobster conviction is excluded from the project.

There is an annual meeting where participant performance is reviewed. If there is a problem noted with any participant, they are contacted and made aware of the issues and if they aren’t resolved or if a lobster conviction occurs during the course of the season, they are removed from the study. This allows consistency in both fishing methods and data collection.

In 2014, there were 14,738 trap hauls and 61,626 lobsters measured and sexed from all LFAs involved in the project. These measurements are recorded in a logbook using a specially designed gauge with 15 different size increments.

Participating fishermen also monitor bottom temperatures with a temperature data logger in one of the standard traps. 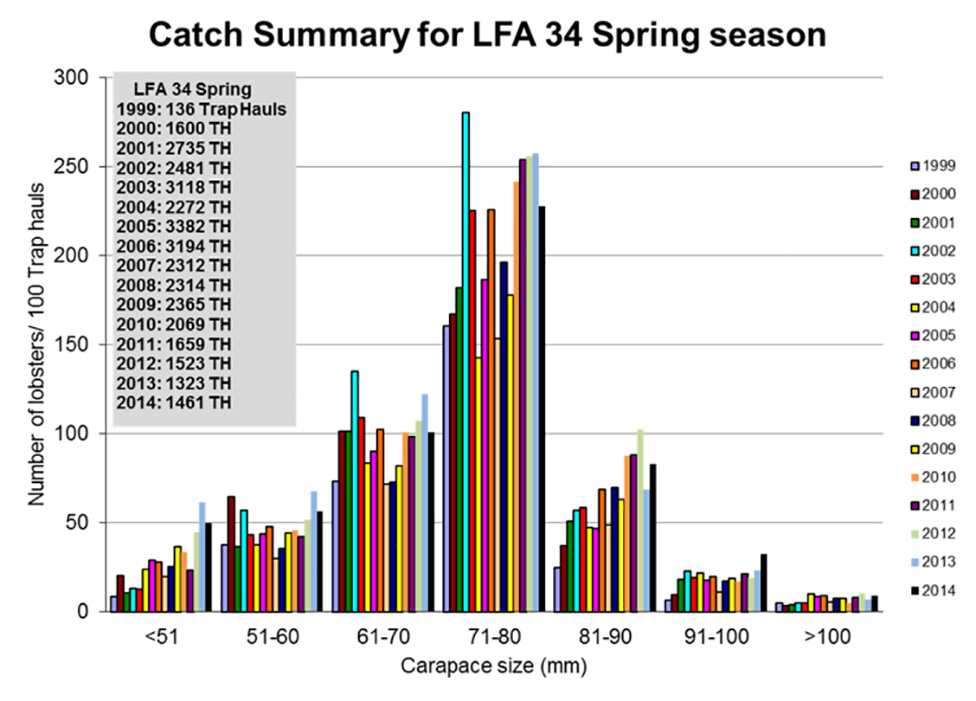 An example of the trends in catches seen over the past 15 years in LFA 34.

These bottom water temperatures are forwarded to the oceanographers at BIO and are a great addition to their coastal temperature-monitoring database. The lobster recruitment project data has been used by Fisheries and Oceans Canada (DFO) in their lobster stock assessments and has helped to greatly understand the lobster populations around the Scotian Shelf area of Nova Scotia.

All participating fishermen receive their personal catch results as well as their average bottom temperatures processed from the data loggers.

If you are interested in getting involved in this valuable project, please contact me for an application form; Shannon.tibbetts@fsrs.ns.ca.

You can also find out more information about this project on our website: www.fsrs.ns.ca.

Research Biologist with the Fishermen and Scientists Research Society