Protest at FFAW Headquarters Over for Now

More than 50 disgruntled fishermen gathered at the provincial office of the Fish, Food and Allied Workers Union (FFAW) today, demanding a meeting with union executive members.

The situation turned tense this morning when the fishermen found the union office doors to be locked. A large contingent of Royal Newfoundland Constabulary (RNC) officers were also on scene.

The fishermen demanded a meeting with the union, with media present. RNC Superintendent Joe Boland acted as a mediator between the fishermen and the union.

The FFAW offered to meet with the fishermen on Wednesday – an offer rejected by some because of the possibility the media would not be able to attend the meeting.

In a release, the FFAW said it respects the right to peaceful protests and is willing to engage with harvesters on the issues. But we do not condone threats of violence and we take these threats seriously.

“Today’s protest at the Richard Cashin Building was organized by FISH-NL in order to generate support in light of its struggling union drive that was rejected by 75 per cent of fish harvesters. We have learned throughout this process that there is little that Ryan Cleary and the FISH-NL leadership will not do to draw attention and boost their profile. Unfortunately, this includes taking advantage of the challenges in the fishery by pitting harvester against harvesters, promoting lies and misstating facts, and fuelling an environment of tension and animosity that makes it difficult to engage in productive discussion. Given the challenges in the fishery, the lies and anger of FISH-NL have only served to benefit those who wish to undermine the strength of inshore harvesters,” the release said.

“We will meet with harvesters, but we will not meet with FISH-NL. We take the concerns of our members seriously; these concerns will not be used as an excuse for a spectacle. This meeting will occur in private without media attendance.”

Gillett, vice-president of the Federation of Independent Seafood Harvesters (FISH-NL), has been camped out at the entrance to DFO’s head office in St. John’s since April 13. His hunger strike ended yesterday after he was transported to hospital in an ambulance. 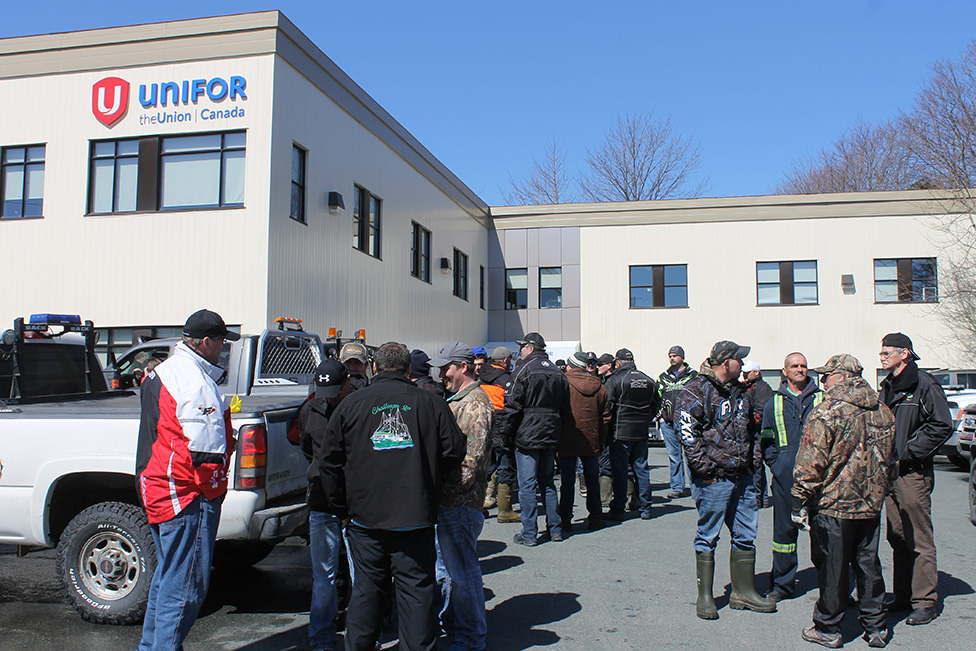 Richard Gillett Back at DFO Protest

No Replies to "Protest at FFAW Headquarters Over for Now"