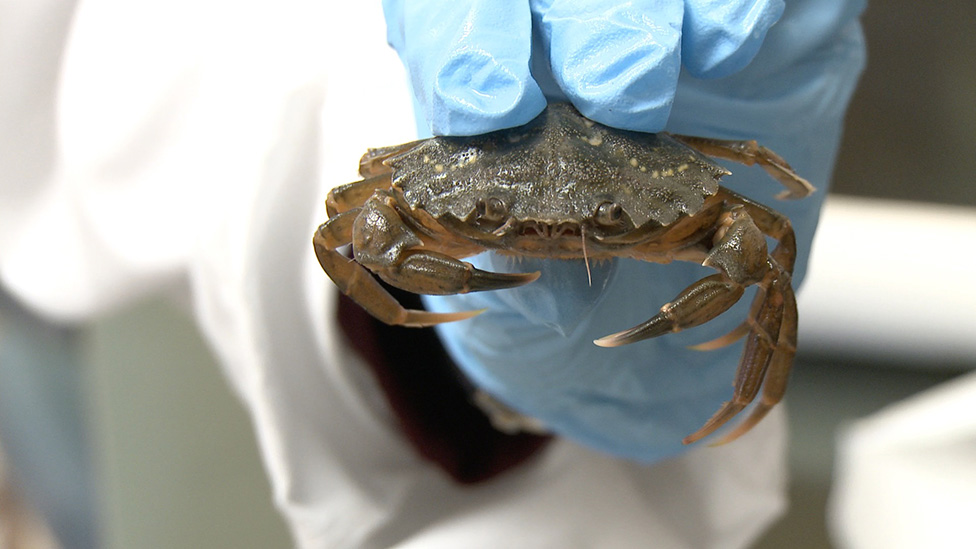 Sophie St. Hilaire foresees a day where Prince Edward Islanders will do their part for the environment by sitting down to eat a big plate of green crabs.

The cretin crustaceans are native to Europe and are an invasive species on this side of the Atlantic. They have been spreading throughout Atlantic Canada since the early 1990s.

So why not eradicate them and have a full belly at the same time, reasons St. Hilaire, an associate professor at the Atlantic Veterinary College at the University of Prince Edward Island in Charlottetown.

She’s been studying the province’s green crab problem and trying to come up with a solution, for several years.

“I’m super excited about working with the chefs. If they like it and can find a use for it in the kitchen, great, because that’s really what’s limiting the harvest, because there isn’t a good market for it yet,” she said.

Green Crabs first appeared around P.E.I. waters along the eastern shore of the Northumberland Strait in the 1990s. At first, harvesters and scientists would only see a few every year, but the population has since boomed.

A Department of Fisheries and Oceans effort in 2009 caught a little more than 12,000 crabs off eastern P.E.I., and the same study hit that number by July of 2010. 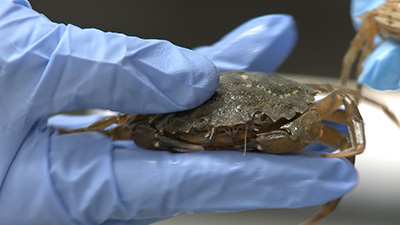 Nobody knows exactly how many green crabs there are around P.E.I., but St. Hilaire and her colleagues have seen more and more every spring they go out on the water and anecdotal reports from fishermen and the aquaculture industry suggest a growing population.

So why is everyone so concerned about a crustacean about the size of an average human hand?

Green crabs feed on valuable species and have a negative impact on local ecosystems.

They eat wild mussels (but not the socked aquaculture ones), juvenile oysters, soft shelled clams and will eat eels caught in nets. They also compete with native rock crabs (a commercial species) for food and habitat.

But perhaps most damaging is the specie’s proclivity to dig up and destroy eelgrass — potentially putting entire marine ecosystems at risk as the grass is used by a variety of species as a nursery or camouflage from predators.

There have been various methods used on P.E.I. and throughout the world to combat the spread of the species, including collecting them for bait, bounties and dedicated trapping — all with varying degrees of success.

St. Hilaire’s initial research stream revolved around trying to turn the crabs into a source of food for the finfish aquaculture industry.

She and her colleagues reasoned that if fishermen could make money, or at least have their costs covered, from harvesting the species it would go a long way to reducing their numbers. 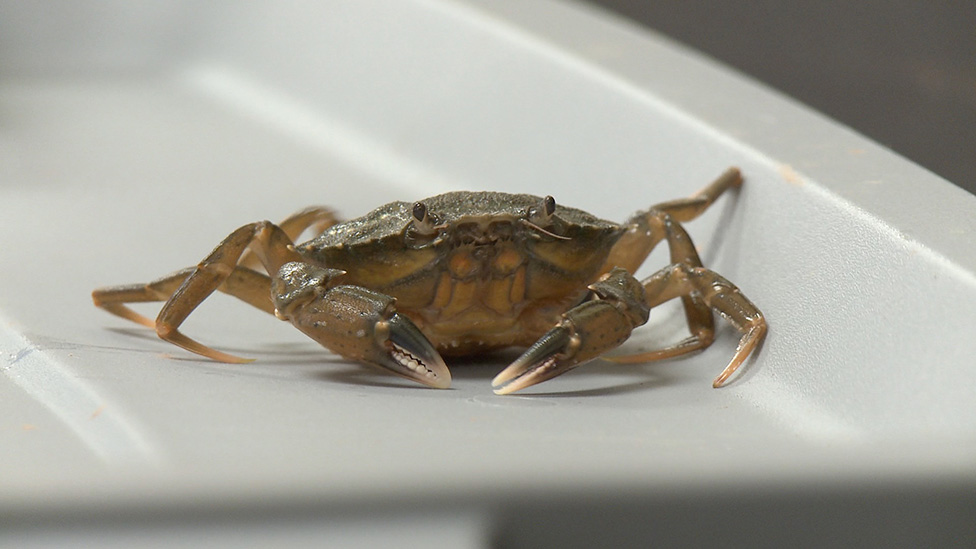 A green crab specimen, caught from waters around P.E.I. Photo by the University of Prince Edward Island.

“I work with the aquaculture industry a lot and I know they are constantly looking for different kinds of protein in their feed. So we thought we could use the green crab as a feed ingredient, instead of say fishmeal,” she said.

However, that turned into a dead end for the scientists.

“The cost of replacing fishmeal is prohibitive still — it might not be some day, but right now the market isn’t there,” she said.

They went back to the drawing board and turned their attention to creating a product for human consumption, with the potential for much higher returns for harvesters.

The problem with this method is that, while green crabs are eaten in Europe, they are harvested shortly after they’ve moulted while their shell is soft. And while the European and North American crabs are related, the local specimens have started to adapt, changing their behaviour and necessitating a great deal of research from St. Hilaire and her colleagues to figure out when would be the best time to harvest them.

Finally, in 2014, they discovered in their lab that a large number green crab males moult in the early summer while a large proportion of the females moult in the fall.
Now that they know the best times to harvest the crabs, it will go a long way to establishing a viable harvest and eventually a market, said St. Hilaire.

The goal for 2015 is scale up those lab tests by working with a fisherman to harvest crabs from the wild and a processor to prepare the meat for human consumption.

“We’ll have product to work with, to look at and demo,” she said.

However, all this is actually just a proposal on paper right now — the researchers still have to work with their industry partners to go after government funding to make all this happen. But St. Hilaire is optimistic, especially since she seems to have found an unexpected ally in Peter Crooks.

Crooks is the executive director of Canada’s Smartest Kitchen at the Culinary Institute of Canada in Charlottetown.

St. Hilaire came to his attention earlier this year when he saw her being interviewed on local CBC supper hour Compass. She was presenting the latest green crab related research and happened to mention that the species is considered a delicacy in some parts of Europe.

Part of his team’s function is to work with the food industry to invent or fine-tune value added products and the prospect of being part of the solution to the green crab problem got him excited.

“I just think people have thought outside the box enough,” he said.

Crooks said he’s trying to do more of that non-linear thinking himself these days, mostly because of something that happened to him about a year ago.

He had the opportunity to be the guest of New York author and chef Dan Barber for a meal. Barber served his guests field radishes, which is a vegetable you wouldn’t normally find on a dinner plate. It’s mainly used as a cover crop; grown by farmers only to be plowed under as a form of soil enrichment and organic compost.

Barber cooked these field radishes in such a way that Crooks swears they are the tastiest root vegetables he has ever eaten. The chef used this example to challenge his guests to expand their culinary minds.

“That experience kind of opened my mind to looking at things that perhaps we had never eaten before. If you take the culinary creativity of chefs and apply that to whatever the challenge may be, whether it’s green crab, whether it’s sea lettuce, tunicate, or what have you — there may very well be a culinary solution to what was either perceived as an invasive species or a cover crop,” he said.

“I think the creativity of chefs and my product development team can be brought to bear on a whole variety of situations,” he added.

If all goes well for St. Hilaire and her colleagues, if they have a good catch and receive the funding they need, the chefs at Canada’s Smartest Kitchen can expect their first shipment of green crab meat sometime in early summer 2015.

Increasing Income and Profitability in the Fishery

In the Thick of it

No Replies to "Putting Green Crab on P.E.I’s Menu"