For the most part, we live in a world where many resources are in short supply relative to human needs and wants.

Since 1950, the world’s population has increased three-fold, from 2.5 billion to 7.6 billion this year, creating new demand for just about everything. To keep up with that growing demand, we have been extracting increasing quantities of the world’s resources — and producing a lot of waste products along the way.

That is one of the major drivers of the climate change that seems to be affecting weather patterns and the abundance and distribution of fish species, among other things.

It’s a reminder of the famous line from Charles Dickens’s novel, Oliver Twist, where Oliver requests more from a pot of gruel intended to feed a group of desperately hungry poor boys in a workhouse by saying, “Please, sir, I want some more.”

The increase in hungry mouths has had a lot of implications in the fishery, both locally and globally. A big part of the reason for the overfishing by foreign fleets in the northwest Atlantic from the 1950s to the 1970s (and even beyond), was the increasing need for food by an expanding population. The market wanted more and catching more seemed to be the best way to supply it.

Eventually, however, it was not possible to catch more. Because catches were greater than the stock’s ability to replenish itself, the fish were not there to be caught and catch rates fell to the point where it was difficult for fishers to make a living.

What happened here in Atlantic Canada also happened in other parts of the world, so we were not alone. It was because of a widespread understanding that we could no longer harvest unlimited quantities of fish from the sea that we were able to obtain the 200-mile limit in 1977.

But then we created our own problem. 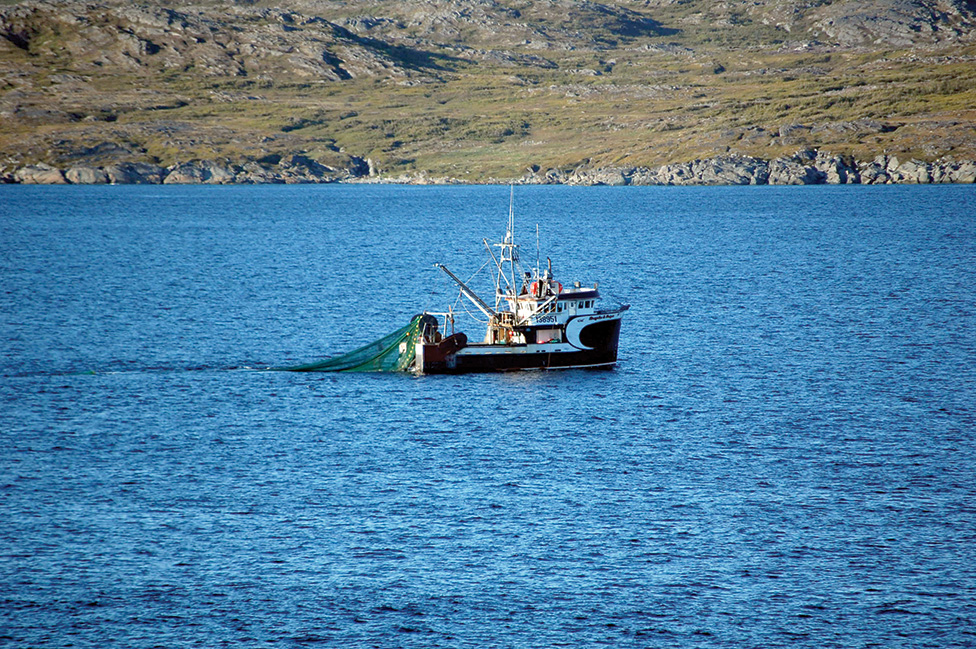 With the foreign fleets out, we expanded our industry, creating jobs for members of the baby boom generation then coming of age and needing work, and continued to fish at unsustainable levels. In doing so, we again created too much capacity relative to the supply of fish available, so everyone needed and wanted more fish than were available to them.

Creating demands for quantities that could not be supplied led to the moratorium on fishing Northern cod in 1992 and other moratoriums on fishing other species and stocks over the following years. It also led to formation of the Marine Stewardship Council, in an effort to prevent similar things from happening again.

As the global capture fishery could not keep up with the needs of an expanding population, there were gaps in supply. That created an opportunity for aquaculture, which began slowly, as people learned to grow fish in captivity, but then began to expand rapidly. Now, it supplies over half the world’s supply of fish for human consumption.

What this illustrates is that markets driven by human needs and wants create very powerful incentives that attract supply.

The growth in population would not have been possible, if people hadn’t figured out how to increase the supply of food. In agriculture, supply increased through the so-called Green Revolution, involving use of new methods of cultivation, high-yielding seeds, irrigation, and plenty of chemical fertilizers, herbicides and pesticides. The supply of fish increased, first by catching more and then through aquaculture.

On the other hand, it also illustrates that creating unsustainable expectations for more, when resources are limited, ultimately leads to disaster.

It is the well-documented Tragedy of the Commons (you can look it up), in which individual users of a shared resource, acting in their own self-interest, behave in a way contrary to the good of the resource, by depleting or spoiling it.

Overfishing, first by foreign fleets and then by Canadian fleets, depleted fish stocks to the point where moratoriums had to be implemented to save the stocks from extinction. The build-up of capacity and the subsequent moratoriums cost Canadian taxpayers billions of dollars, back when a billion was worth much more than it is today.

Saying no to demands for more can be very difficult. But sometimes it is necessary short-term pain for long-term gain.

A significant part of the challenge, however, is that the people who suffer the pain aren’t necessarily the ones who later enjoy the gain. Most of the baby boomers displaced by the 1992 moratorium are not likely to be part of a new cod fishery in the future.

Currently, we are facing a challenging set of decisions. Shrimp and crab have been diminishing in abundance, so there aren’t as many available to catch. That means a lot of people who have made a good living from catching those resources will earn much less than they did before. But we have also learned a lesson from our recent experience.

That recent experience shows there are two ways to generate more revenue — by selling more or by getting more value from what we have to sell. It is elementary economics. Increasing supply leads to lower prices, while less supply attracts higher prices — provided the quality is right. That last point is very important. If the quality is not right, markets are not as interested and will look elsewhere for supply.

Unfortunately, the increasing prices we have been getting recently cannot continue forever. There are limits to how much people are willing and able to pay for anything but especially when they have alternatives. And the sheer variety of fish species available on world markets means that people always have alternatives.

There is some good news in that we have rebuilding resources of Northern cod and other groundfish species.

We are a long way from having them in the abundance we had prior to the moratoriums and others have similar resources in much greater quantities than we do. Furthermore, groundfish sell for lower prices than the shellfish we have depended on recently, so it will take more groundfish to generate the amount of revenue we are losing from decreasing shellfish catches.

Essentially, we now have a very similar problem to the one we had in the late 1980s with diminishing resources of groundfish. We have more people dependent on the shellfish resources than the resources can support. Can we learn from our experience and avoid disaster this time?

As we contemplate what to do with our rebuilding groundfish resources, these are things we need to bear in mind. As I have discussed in this column before, the Norwegians have an abundance of cod but sell it to others for processing, so they don’t capture a lot of value.

In contrast, Iceland has a much smaller resource but gets a lot of value from it, because they pay a lot of attention to quality, process the fish, utilize the by-products and sell the output in high-value markets.

When we begin fishing groundfish again in substantial quantities, the resources still will not be as abundant as they were during the 1950s and 1960s.

If we want a viable industry that provides good incomes for the people who participate in it, we will need to concentrate on maximizing the value we get for what we catch, similar to what they do in Iceland. To achieve that, we will have to be careful not to create incentives that put the emphasis on quantity, instead of value.

No Replies to "Quantity Versus Value"