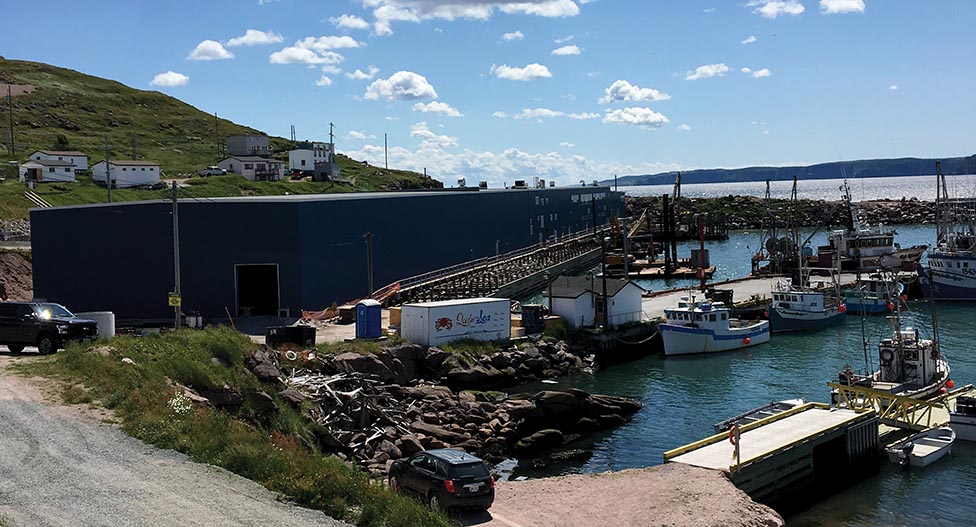 On November 2, Quinlan Brothers Limited issued a press release “to correct recent reports in the local media regarding its proposed business relationship with Royal Greenland.”

Robin Quinlan, president of the Bay de Verde, N.L.-based company, stated he has decided to remain as an owner and invest further by facilitating the retirement of his father, Wayne.

In the press release, the company said it has experienced several challenges over the last few years, including, what it called a renewing of the guard.

“Our co-founder and long-time leader, Patrick Quinlan, passed in December 2017. His partners, Wayne and Donald Quinlan have progressed well into their retirement years. ln response to this challenge, our initial thought was to sell the company outright. This is the perception in the public today that we seek to correct. Our partner, Royal Greenland, is investing with Robin Quinlan, to build a new partnership in Quinlan Brothers Limited. Both, collectively, share a vision of joint ownership and control that will secure a strong future and growth that will enhance the commitment of Quinlan Brothers Limited to its employees, suppliers and communities. We have shared our vision and plans, in detail, with the Provincial Licensing Board and complied with all the regulatory requirements to obtain government approval. We are appreciative of the support and decision of our government to approve our application. Our employees and suppliers appreciate and understand our commitment to the progression of our company and its need for renewed investment to secure our future in our industry.”

The company release noted that it will remain true to its legacy and has decided to advance the business by associating with a very suitable investor and partner in Royal Greenland.

“Royal Greenland has demonstrated its long-term commitment in N.L. through its investment in and growth of Quin-Sea Fisheries. Quin-Sea Fisheries and Quinlan Brothers share a common heritage. Our commitment remains unchanged. Quinlan Brothers will continue to serve its interest as a productive local business with strong local roots in Newfoundland and Labrador. We will continue to secure local employment. And we will continue to develop and maintain the relationships that have served our business for decades, with the people on the sea and the people on the land that have long supported us. Our passion and dedication to our industry is not going to change,” the press release added.

However, the union representing both fish harvesters and fish plant workers remains vehemently opposed to the merger.

The Fish, Food and Allied Workers union (FFAW) is calling for an immediate halt to the acquisition of Quinlan Brothers by Royal Greenland, a fish processing company wholly owned by the Government of Greenland, pending a debate and vote in the House of Assembly on the merger.

“The purchase of Quinlan Brothers by Royal Greenland creates the largest processing company in the history of this province, in terms of percentage of the processing sector under its control,” says Keith Sullivan, President of the FFAW.

In a press release, the union stated that it is well-established that competition, wages and price suffers as corporate concentration increases in a free-market system.

“The impact that this acquisition will have on tens of thousands of workers spread out over 500 communities in this province means that there must be more debate and analysis than that which was performed by the Fish Processing Licensing Board. In fact, the Licensing Board noted to the Minister of Fisheries, Forestry and Aquaculture, Elvis Loveless, that there were no letters of objections to the Royal Greenland takeover of Quinlan Brothers, which is not true. FFAW objected in writing and spent three hours meeting with the Board in person setting forth our objections” the press release added.

“If we are going to upend the economics of the fishery in this province, there must be more than just a recommendation from a four-person unelected board that was incorrect in its reporting. It is imperative that this acquisition be debated on the floor of the House of Assembly and a vote on a motion for or against this Royal Greenland-Quinlan Brothers purchase needs to be held,” Sullivan stated.

“The people of Newfoundland and Labrador need to know whether their elected representatives are with the hard-working people of this province, or whether they are with enhanced corporate concentration with a foreign-owned company at the head of that spear.”

However, the minister responsible said that the vote will not be taking place and that the deal is done.

Loveless has said that the decision of the Fish Processing Licensing Board will stand.

“The FFAW is asking us to go to the House of Assembly to allow the politicians to determine what the decision would be, he said. No. The fish processing board is an independent board with lots of experience around it that I say holds credibility, a lot of credibility,” he told the CBC in an interview.

No Resolution in Sight for Moderate Livelihood Fishery Dispute