The Department of Fisheries and Oceans has announced an overall 13 per cent quota cut for the 2016 snow crab fishery off Newfoundland and Labrador.

Quotas in 4R will remain at 2015 levels. This includes the amount for the Collaborative Post-Season Trap Survey (Use of Fish). Quotas in 2HJ will be finalized after the stakeholder advisory.

The season in many areas is scheduled to start April 4. 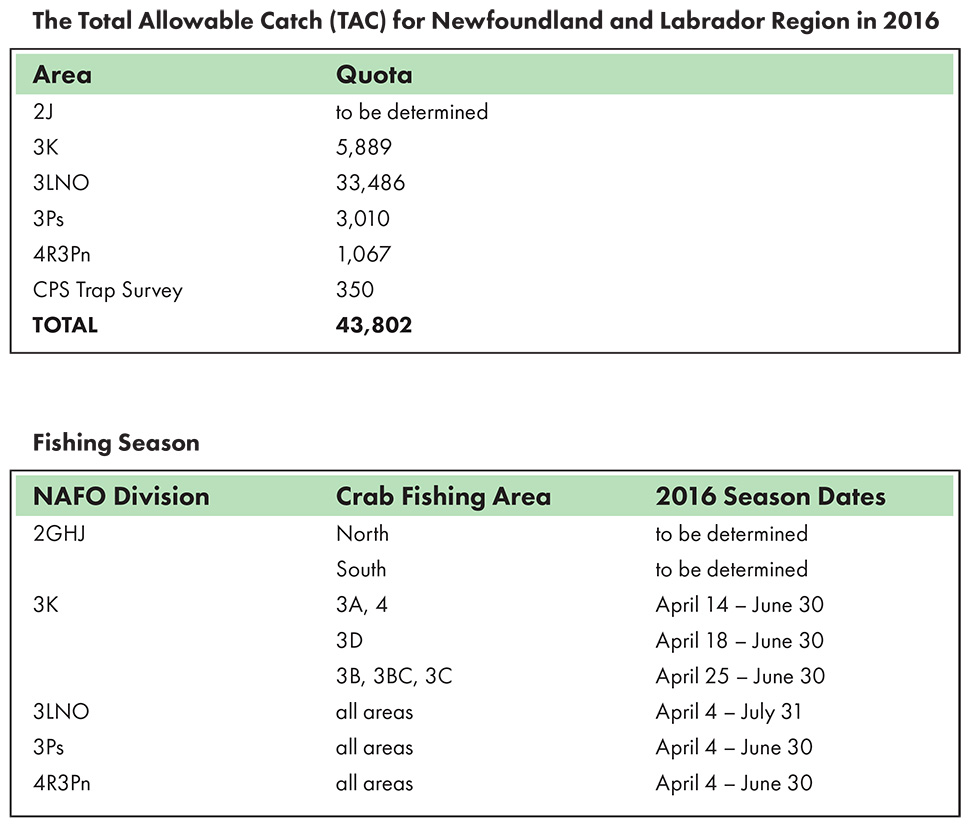