An old trite saying perhaps, but still profoundly true. The Department of Fisheries and Oceans (DFO) needs to seriously consider altering two of its long-held beliefs/practices in light of obvious changes in the ecosystem and failed attempts to produce a recovery of our cod stocks.

We do not need to go back and revisit the failures of the past. There are enough current examples of continued failure.

According to DFO’s stock assessments, the Northern cod stock has partially returned, but has stalled around 400,000 tonnes. Moreover, during the last four years, natural mortality has been 10 to 20 times as great as fishing mortality. We harvest less than three per cent of the biomass annually where we used to harvest 20–30 per cent.

Despite the lessons of the 1992 moratorium on Northern cod, 3Ps cod has now entered a critical zone despite being in a healthy state in 2000. We are told there is no prospect for growth and now we learn that cod are increasingly cannibalizing their own young because there are insufficient forage fish.

There are two major aspects of the DFO harvest management system that must be re-examined and then altered.

The first is the reliance on a model that attempts to categorize a stock into healthy, cautious and critical zones, based on the state of cod stocks as they existed decades ago. In 2J3KL, these baselines are from the 1980 and in the case of 3PS, the model is now based on data going back to 1959.

A remarkable international report, entitled Rebuilding Marine Life, was published in the scientific journal Nature in April. The product of several years’ work by a group of 15 scientists from around the world, including two Canadians, it is a comprehensive review of all of the scientific literature on the world’s oceans.

It represents the most complete, recent and authoritative scientific summary of the situation of the oceans today, and we should all heed its findings and recommendations.

The following quote is from the section Potential for Rebuilding. “Efforts to rebuild marine life cannot aim to return the ocean to any particular past reference point. Our records of marine life are too fragmented to compose a robust baseline and the ocean has changed considerably and in some cases irreversibly.”

Simply put, climate change and human activity have affected the entire ecosystem of this planet. Evidence abounds that we cannot depend on past information, especially past practices, to guide our harvesting policies into an uncertain future. 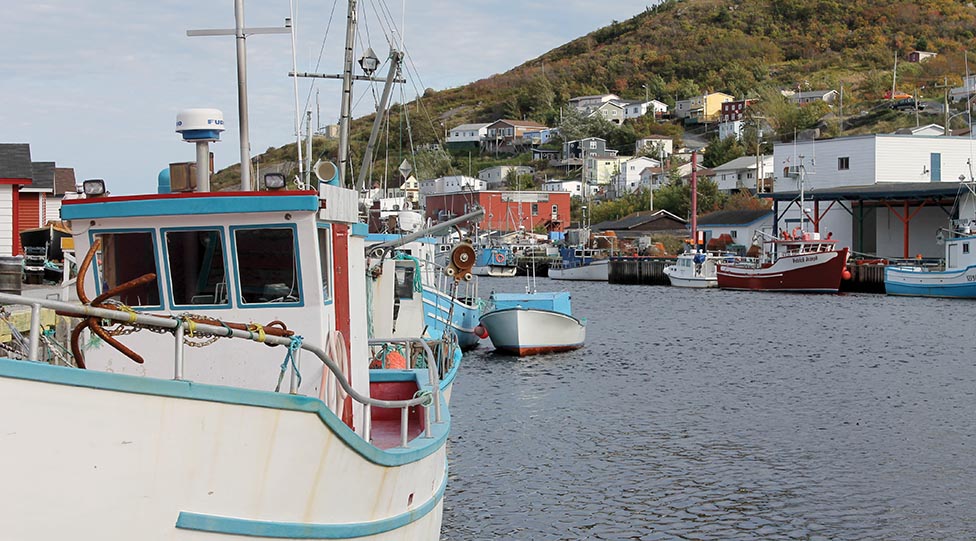 Temperatures are warming, carbon in the atmosphere is increasing, ocean plastics are increasing, many fish stocks both here and around the world are stagnant or declining and overfishing continues. Yet DFO continues to use past-based models of management despite the mounting evidence that they fail.

A second key element of DFO harvesting policy is to keep removals as low as possible. This is presumably intended to lead to a larger biomass, so as to produce more eggs and therefore, more young.

But the policy flies in the face of DFO’s own data. The stalled recovery of 2J3KL cod has been attributed to serious weaknesses in the biological food chain that cod depend on to survive. Cod mortality is high because of a high predator/prey ratio, to the point that the fish are eating more of their own young.

This information seems to indicate that the problem is about food supply and not about the spawning stock biomass. That is true. But it is also about the number of eggs that are spawned.

When food supply is limited, mortality may be proportionally greater among the larger, more fecund members of the stock. Observations suggest that in a race for the bait, these older fish lose out to their smaller, more nimble relatives. Moreover, the larger cod do not tend to forage in the shallower or upper waters where capelin congregate.

Abundance and scarcity are relative, not absolute terms. A stock’s abundance is not determined by the particular biomass it reaches in some modeled mathematical calculation.

For harvesting purposes, a stock can be considered abundant when its available food supply would not support an increase in the biomass. DFO reports and harvester observations indicate that this is the case in 2020 in 2J3KL.

When fish are abundant we should be fishing them — removing large quantities of the younger adults so that the predator/prey ratio is improved and the older more fecund members of the stock are able to not only survive but also to be healthy, which in turn means they produce more eggs and also more viable ones.

How should we put this knowledge into practice?

Certainly not by harvesting primarily with gillnets, since they deliberately target the larger fish — the reproductive capital of our resource. Instead, we should be increasing our harvesting pressure (effort) on the smaller adults (45–70 cm).

More than 450 years of history tells us that we can successfully do this with handlines, cod traps and longlines. Those gear types catch proportionally smaller fish than otter trawls and gillnets.

In a 2017 study by Montevecchi and Rouxel, cod pots also show great promise in regard to their ability to screen out larger fish from harvest.

Increasing the use of those gear types would result in increased landings, with increased incomes in both harvesting and processing. More importantly from a sustainability point of view, it would improve the health of the stock, since decreasing its overall numbers and biomass increases the average size and health of the remaining individual fish.

It would also actually enhance future growth by increasing the viable egg mass, since large fish can produce as much as ten times as many eggs/kilogram as young first-time spawners.

A good manager I knew always told his staff, “come to me any time with any problem you have, but bring a solution as well if you can.” Let’s try to follow that advice.

We have major problems in our fishery, problems that have been endlessly documented by hundreds of experts.

My suggestions above are only a part of a more complete solution, details of which are contained in my paper Changing Course, A New Direction for Canadian Fisheries. The complete proposal can be found on my website barrydarby.com

Fishermen and Right Whales in the Gulf of St. Lawrence

No Replies to "Re-Examining DFO Basics"