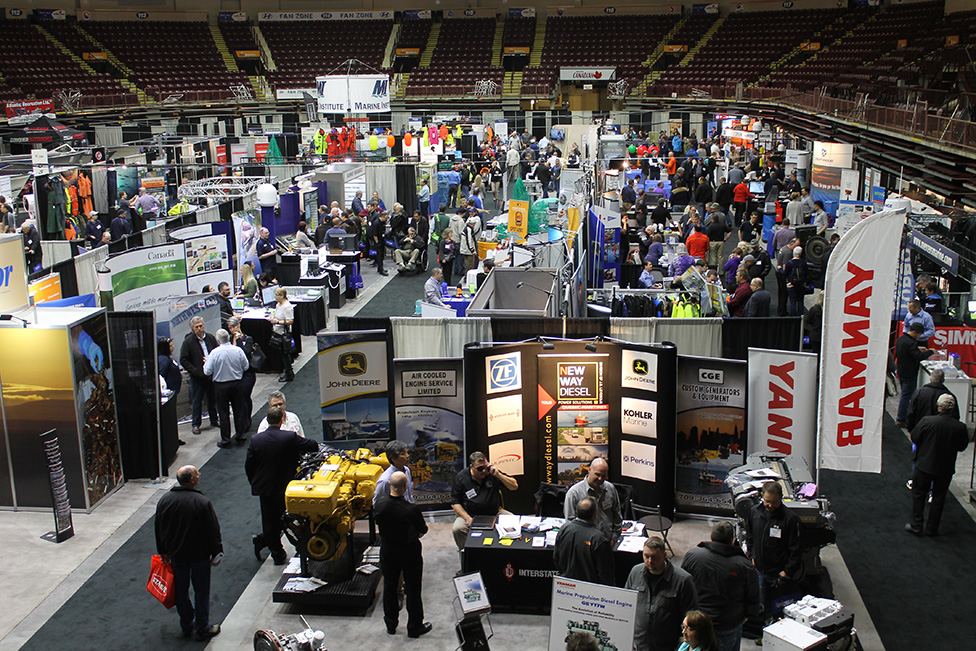 The fifth edition of the North Atlantic Fish & Workboat Show took place this past Friday and Saturday, November 18 and 19 at Mile One Centre in St. John’s, Newfoundland.

“This was definitely the strongest event in the history of the show,” said Shawn Murphy, Show Manager.

“With 3,837 qualified visitors over the two days of the show – an increase of about 20 per cent over 2014 numbers – attendance was just excellent, particularly on Friday. Many new and innovative products were featured, and I heard that lots of sales were taking place right on the show floor.”

“The North Atlantic Fish & Workboat Show was an extremely well attended show and one of the rare events where we always makes firm sales,” said Jim Hall with eSonar, an exhibitor at the show. “We look forward to the next edition in 2018.”

As part of the event, deserving individuals were inducted into the Atlantic Canada Marine Industries Hall of Fame. This recognition pays a lasting tribute to those who have made valuable contributions in any sector of the marine industry. Awards are given in three categories: Mariner, Processor and Builder. Congratulations to this year’s inductees:

Congratulations as well to Cass Barry, the show’s door prize winner. Cass has won a Boden jacket from Helly Hansen (valued at $500) plus a $500 Canadian Tire gift certificate and gift basket, compliments of McInnes Cooper.

Alvin Petten was the lucky winner of the exclusive Passport Program Prize Showcase, all new for this year’s edition of the show.

All visitors who pre-registered before November 10 were mailed a passport ballot; by bringing the ballot with them to the show and having it stamped by the participating sponsors, they were eligible to enter to win a prize showcase valued at more than $5,000.

The North Atlantic Fish & Workboat Show would not be possible without the ongoing support of its presenting sponsor: The Navigator, Murphy said.

Next up is the Eastern Canadian Fisheries Exposition in Yarmouth, Nova Scotia, taking place February 3-4, 2017 at the Mariners Centre; visit www.ecfx.ca for details.