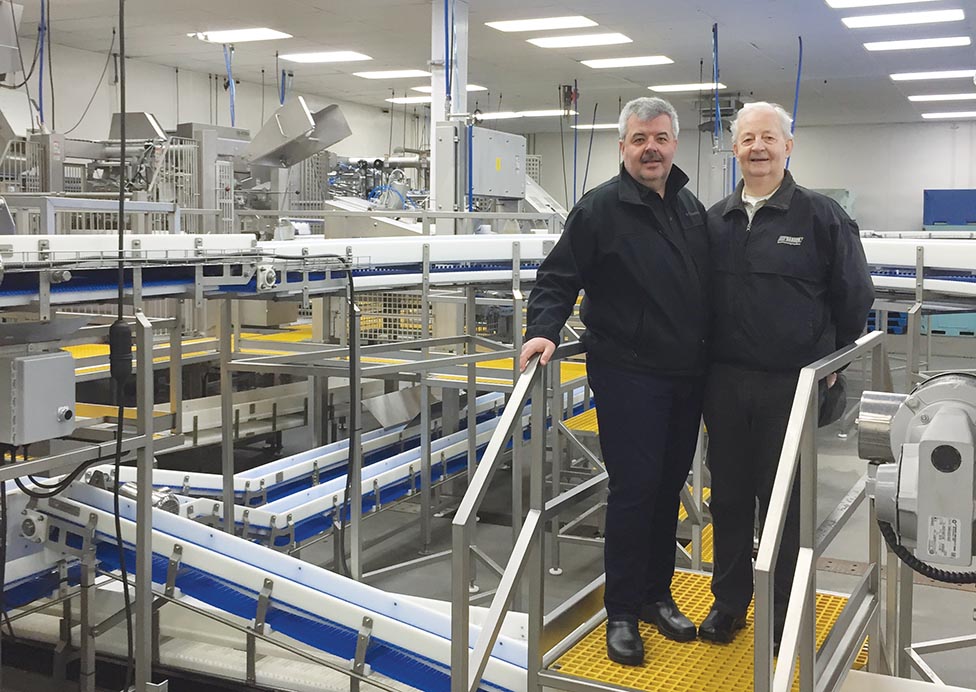 Reflecting on the Legacy of Bruce Wareham

Above photo: Alberto and Bruce Wareham at the Icewater Seafoods plant in Arnold’s Cove. Submitted Photos

The Turning the Tide Marine Industry Awards Gala, held at the St. John’s Convention Centre on September 16, 2021, honoured several individuals and firms for their outstanding contributions to our province’s marine industries.

This year’s Industry Lifetime Achievement Award was bestowed posthumously on Mr. Bruce Wareham, Icewater Seafoods, for his excellence in leadership and his outstanding contributions to the province’s fishing industry, his community and his employees in Arnold’s Cove, N.L.

Having known Bruce and worked with him in various capacities since the late 1980s, I can think of no one more deserving of this important recognition.

Bruce grew up in the storied island community of Harbour Buffett as a member of the A. Wareham and Sons family fishing business.

Bruce took on management responsibility for the business in the early 1960s during a period of challenging resource and market circumstances. However, shortly thereafter, the province’s Resettlement Program moved the populace to designated “growth centres,” one of which was Arnold’s Cove. 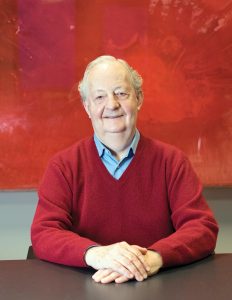 The Wareham family received no compensation for the loss of their business operations or assets. Bruce started over again in Arnold’s Cove where his experience led to a role as an agent for a maritime lobster buyer and eventually an employee of National Sea Products, the predecessor firm to High Liner Foods, Inc.

Predicated on the promise of Canada’s 200-mile Exclusive Economic Zone established on January 1, 1977, Bruce encouraged the owners and executive of National Sea Products to construct a new, state-of-the-art, groundfish processing plant in Arnold’s Cove, which opened in 1979 under his management.

The early 1980s were tumultuous times in the fishing industry, involving a protracted strike in the inshore fishery, the financial collapse of long-standing offshore fishing industry firms and the restructuring of the industry following the findings and recommendations of the Kirby Task Force. However, under Bruce’s leadership, Arnold’s Cove weathered these financial, resource and market challenges comparatively well.

He was subsequently recruited as Executive Vice President of High Liner Foods, Inc. with overall responsibility of all primary and secondary processing operations throughout Eastern Canada, the United States and Argentina. Bruce accepted and executed these huge responsibilities through extensive travel but, notably, he remained based in Arnold’s Cove.

The 1992 cod moratorium essentially shut down all groundfish operations in Newfoundland and Labrador, including Arnold’s Cove. Owing to his dedication to his community, family and the province, Bruce convinced High Liner’s Board to support his plan to relinquish his executive position and to reopen and manage the Arnold’s Cove plant using Barents Sea Cod as its primary raw material source. This ambitious plan required a blend of innovation at all levels, best use and adaptation of leading-edge processing technologies, a progressive management structure including the successful introduction of self-directed work teams, together with a creative capital financing and working capital model.

This new life for Bruce and Arnold’s Cove presented many formidable challenges, all of which were met through his relentless quest for excellence in quality, innovation and most importantly, his respect for and reliance on the commitment and support of his friends and neighbours — the employees at Arnold’s Cove.

By 2003, High Liner Foods, Inc. had decided that its strength and future was to be based on its marketing and branding acumen and that it would no longer engage in primary seafood harvesting or processing. The Arnold’s Cove plant was to be sold and its future as an operating cod processing facility was highly questionable, given the ongoing moratorium and the intense competition from foreign suppliers of both wild-caught and farmed fish.

Suffice it to say that there wasn’t great demand for the Arnold’s Cove plant and it appeared that no one saw a viable future for Arnold’s Cove as a cod processing facility, except Bruce.

Though he was nearing retirement age following a successful career with National Sea Products/High Liner Foods, Bruce decided to personally invest in the purchase of the Arnold’s Cove plant and the formation of Icewater Seafoods, which remains today a globally recognized cod processor and a flagship processing plant for Newfoundland and Labrador.

Those who knew Bruce never questioned his motivations and his commitment to the people of Arnold’s Cove and to the fishing industry.

Knowing why Bruce did what he did, however, could not explain how he was able to overcome such formidable challenges. For the most part, the “how” entailed plenty of hard work, ingenuity, creativity and perseverance, consistently applied throughout all aspects of the business.

The Marel Flexicut, one of Icewater’s latest pieces of equipment that fits with Bruce’s vision for quality and technological advancement.

There are many specific examples of initiatives and actions that, taken together, contributed to Icewater’s success. However, Bruce’s success can be primarily attributed to the respect and trust he garnered from all those he interacted with… his employees, customers, bankers, public sector officials, industry colleagues and the broader community.

His success was borne of his strength of character. He was always respectful, honest, trustworthy and humble. He listened and learned well and “spoke his truth quietly” always sincerely, clearly and convincingly based on reason and common sense.

Bruce’s personal attributes, his noble motivations and his exemplary “modus operandi” engendered respect from all those with whom he worked and interacted. Unquestionably, this respect also inspired those around him to contribute to his vision and commitment to Arnold’s Cove and to do their best to support his efforts.

From my observations, this inspiration permeated people within Icewater Seafoods, across the fishing industry locally, nationally and internationally and throughout the senior echelons of the federal and provincial governments.

It is important to note that Bruce also contributed generously to the development of the industry and the province. He was a valued member of many industry boards including Fisheries Council of Canada, National Seafood Sector Council, Canadian Centre for Fisheries Innovation, Fisheries Association of Newfoundland and Labrador, Marine Institute’s Advisory Board, the federal-provincial Fishing Industry Renewal Board and the Premier’s Advisory Council on the Fishery, to name a few.

Bruce’s views were always sought and seriously considered. For one who was the least opinionated, his opinions were greatly appreciated.

Bruce Wareham’s legacy is easily evidenced by the development and sustained operations of the Arnold’s Cove cod processing plant in the face of extraordinary challenges, while maintaining its stellar reputation for excellence in quality and its recognition among the world’s most discerning seafood customers.

Employing hundreds of people annually over 40 years of operations speaks to the substantial social and economic impact of Icewater Seafoods. Though less tangible, arguably even more impactful, is Bruce’s legacy lesson that it is possible to pursue and achieve bold and ambitious goals, while maintaining decency and decorum and consistently doing the right things for the right reasons and in the right way.

The recognition accorded to Bruce Wareham as this year’s recipient of the Lifetime Achievement Award is unquestionably warranted and appreciated by all those who had the good fortune to know him.

Alastair O’Rielly is a former Deputy Minister of Fisheries and Aquaculture with the Government of Newfoundland and Labrador and is currently Executive Director of Northern Coalition Corporation.

No Replies to "Reflecting on the Legacy of Bruce Wareham"