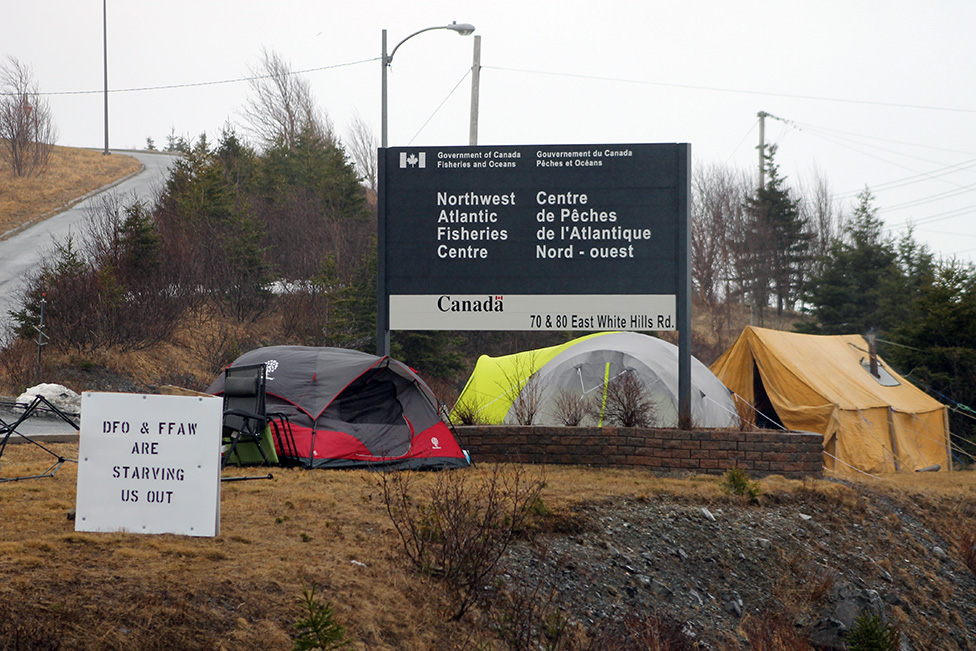 “Enough is enough,” says Gillett, “This is a desperate situation that needs to be looked into right now. The industry is in the worse mess it’s ever been in,” says Gillett, who’s been drinking only water since Thursday afternoon.

“DFO science has been gutted and the management system we have today, when most of our fisheries are in crisis, is the same one that we had back in ’92 when the cod moratorium came down. And the FFAW, which is supposedly our union, stopped standing up for fishermen long ago and got in bed with DFO.”

On Tuesday, April 11, Gillett, along with Ryan Cleary, President of FISH-NL, traveled to Ottawa and met with five of NL’s Liberal MPs, including: Gudie Hutchings, Yvonne Jones, Ken McDonald, Scott Simms and Nick Whalen. The MPs called the meeting to discuss the current fisheries crisis.