Saltwater in the Veins – The Coast Guard: A Family of Families

When your family has worked on the sea for generations and people remark that seawater runs through your veins, where else would you end up but in the Canadian Coast Guard?

“My father spent most of his life on the water,” says Captain Windross Banton, 51 years old. He is the Commanding Officer of CCGS Terry Fox, a heavy icebreaker and will celebrate 30 years with the Coast Guard next year.

“I don’t know how far back it goes past my grandfather, but the assumption is working on the water ran in the family for some time.”

Banton is from Winterton, Trinity Bay and has lived in the Goulds, just outside of St. John’s, for over 20 years now. 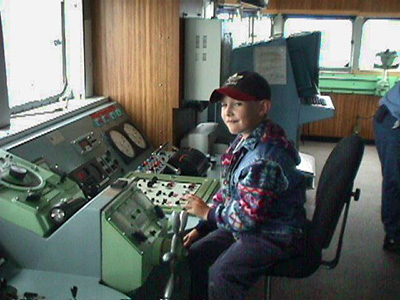 Blair Banton visits his dad on the CCGS Sir Humphrey Gilbert when he is five years old. Blair says he remembers that he was very excited to be “controlling the ship.”

Banton joined the Coast Guard in the fall of 1986 as a deckhand when the offshore oil industry in Newfoundland went through a downturn.

“I hopped off a cargo ship and came to the Coast Guard and went through the ranks to my current position of Commanding Officer.”

Banton’s older brother, Rod, has worked for Coast Guard for over 30 years as well. In 1986, the brothers sailed together for a few weeks and then again some 20 years later.

Does your brother call you Captain? “Absolutely, he’s respected as the boson, he’s the lead down there and has a job to do and at the end of the day he looks up to me as captain.”

“When you come on board you are shipmates first and foremost and you’ve got a job to do,” says Banton, “and at the end of the day, no matter what happens, you’re still family.”

On the wall is an oversized colour photograph that looks like a study in white. Towards the middle of the photo, you see a red (orange) and white Canadian Coast Guard vessel pushing through a field of ice. The chunks of ice look as if an unseen hand has scattered huge uneven white flower petals. Look again closely and you see a string of six tiny fishing boats that look like train cars, huddled together and cradled by the ice.

Is this rescue part of a typical day in the Coast Guard?

“I think if the average person knew the scope of the work that the Coast Guard does it would surprise them. It is not just a red and white boat that goes out and picks up a buoy or goes out and breaks ice. There is environmental response, support to government departments like Border Services, RCMP, there’s work in the north like cargo operations with the Arctic sealift program, it’s an annual thing as well as trips to Greenland to assist the American tanker and cargo fleet up there. Over the last two years, we have been supporting Natural Resources with trips to the North Pole. So there’s a broad variety of work that goes on that people are not even aware of.”

When Banton was a young lad, is this the life he dreamed of? 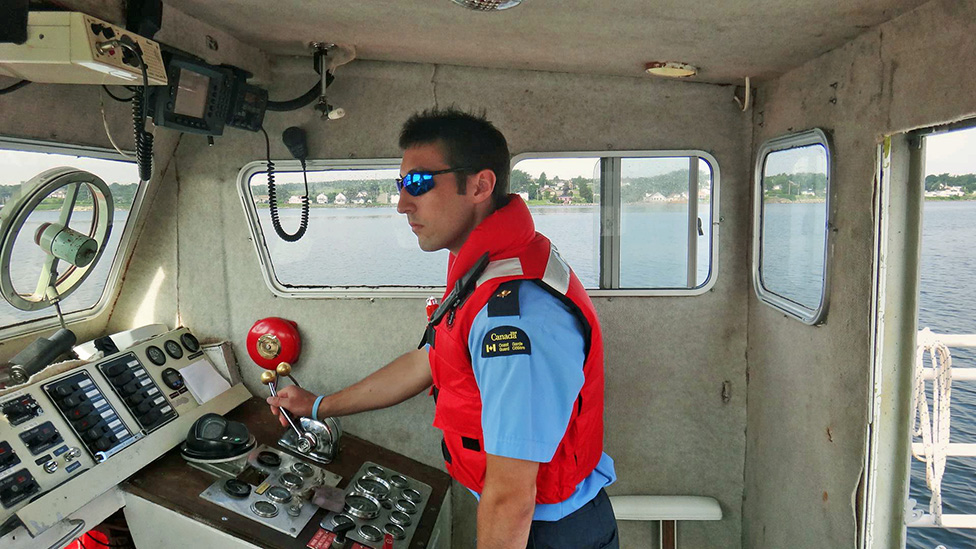 Blair actually controlling a vessel during his second year at the Canadian Coast Guard College.

“I am not sure if I had any particular dream but there was always some sort of attachment and maybe a drive to do what my father did and maybe one day have my own boat.” A dream he realized.

Sitting under the photograph on the wall is another seaworthy Banton. Meet Banton’s son, Blair Banton, 22 years old and a new graduate officer of the Canadian Coast Guard College. 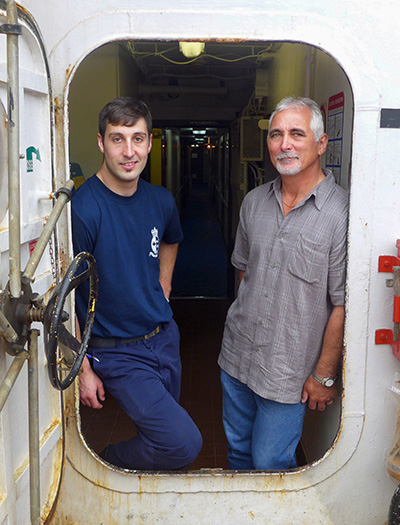 “Ever since I was really young I’ve always had a big interest in being on the water,” says Blair Banton. “It was junior high when I realized I wanted to work on boats.”

Was this the influence of his father?

“I wasn’t trying to influence either one of my kids as to what they wanted to do,” says Windross Banton. When he found out that Blair had been accepted to the Marine Institute for navigation school he suggested that Blair look at the Coast Guard College as well. Blair did and was accepted on his own merits.

The Canadian Coast Guard College seeks the best and brightest and the admittance process to enter the College is both competitive and very much like applying for a job. If a candidate meets the academic requirements, they may be invited to participate in an aptitude test. If they pass the test, they may be invited to an interview after which their references are checked. Only then are candidates offered admittance to a seat at the College.

If you are selected for the officer training program, you become an officer cadet and do not pay for your tuition, room and board or books. You are supplied with free uniforms and you get one paid trip home each year.

When you graduate there is no need to look for a job because as long as there are ships afloat, there will be a job for you.

Like any work, there are the highs and lows.

“But there is always potential for the negative too. It is never easy to bring a body back home and we have been a part of that several times. It doesn’t get any easier.”

Blair has not experienced this yet as he has only been around the outfit for a couple of years. He admits that there is a lot to learn and to experience and right now he is enjoying being on the ship and becoming comfortable with the rest of his shipmates.

“It’s about knowing how everyone works and becoming more or less a family.”

How does Blair respond when someone accuses him of getting preferential treatment because his father is a Commanding Officer? 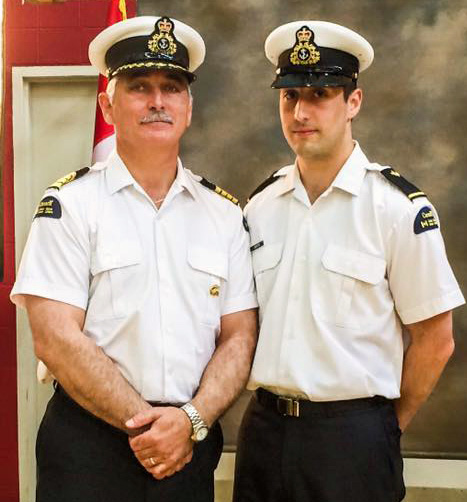 “I keep my chin up. I brush it off and I do my own work and keep on doing my job. I try not to let it bother me.”

“It would be naïve to think that it wasn’t said sometime in someone’s career when family members go before them in the same line of work,” says Captain Banton, “but I’ve stood back and let him make his own way the same way I did when I started here. People will say what they need to say I guess.”

So another Banton has taken to the sea as a career.

Captain Banton reflects on this and says, “I would think in terms of a career choice that the Coast Guard is probably, based on the work it does and at the end of the day when you talk about successful work and work that you can look back and say I’m proud to have done it, it’s as good a career as is out there.”

President John F. Kennedy once tried to explain the draw of people to the water. He said, “All of us have in our veins the exact same percentage of salt in our blood that exists in the ocean and therefore, we have salt in our blood, in our sweat, in our tears. We are tied to the ocean. And when we go back to the sea – whether it is to sail or to watch it – we are going back from whence we came.”

Blair is going back to whence he came. While he can trace his family’s watery footsteps to the past, he makes his own path forward to his new career.

“It’s an excellent career to start off. I am 22 years old and I have no debts from the Coast Guard College. I am right into a job now that I absolutely love and it is really good experience. So I would advise anyone who is looking for a career is, if they have an interest in the water, come towards something this way. It’s always something new and good experience and you get to do good work that is fun.”

You can learn more about applying to the Coast Guard College here: http://www.ccg-gcc.gc.ca/College-and-Careers/College-Admissions

If you interested in a career with the Canadian Coast Guard, all current job postings are listed on the Public Service Commission (PSC) of Canada official website: http://www.jobs.gc.ca.

You can learn more about the types of jobs within CCG here: http://www.ccg-gcc.gc.ca/College-and-Careers/home#seagoing

No Replies to "Saltwater in the Veins - The Coast Guard: A Family of Families"