By Dominique Robert and Jonathan Fisher

Following the 2015 stock assessment, the quota for Atlantic halibut in the Gulf of St. Lawrence was set at a record high.

However, the fishery is currently managed under the precautionary approach given the absence of a true abundance estimate and despite the fact that industry feels the stock has been underexploited for several years.

Given this, Fisheries and Oceans Canada (DFO) scientists are planning the design of a longline survey, which would provide the first measure of biomass for the stock. However, basic aspects of the ecology of halibut in the Gulf — including seasonal movements and locations of spawning grounds — remain largely unknown and complicate survey design.

To address these unknowns, scientists from the Marine Institute’s Centre for Fisheries Ecosystems Research (CFER) have led the successful deployment of pop-up satellite tags on halibut in the Northern Gulf over the past three years in collaboration with the Fish, Food and Allied Workers (FFAW), the provincial Department of Fisheries and Aquaculture of Newfoundland and Labrador (DFA), the International Pacific Halibut Commission (IPHC) and DFO. 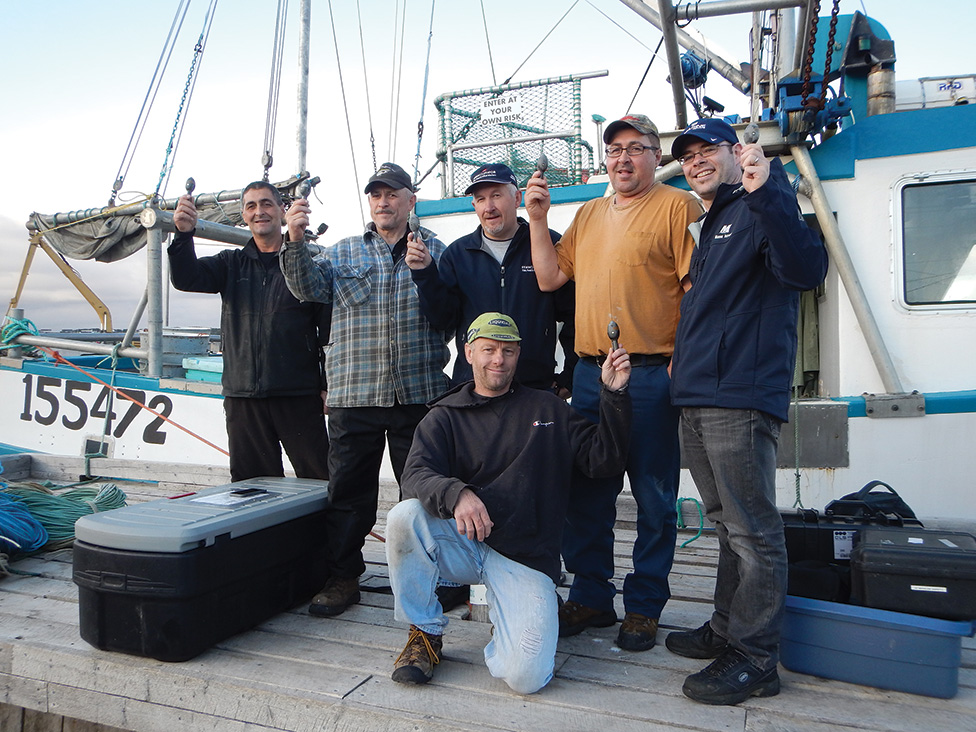 A team composed of CFER and IPHC scientists, FFAW technicians and halibut harvesters were able to recover a large number of satellite tags onboard the FV Jenny Dion.

These high-tech tagging devices provide the first high-resolution time series of temperature and depth encountered by individual Gulf halibut over the course of a year.

At the end of the deployment period, the satellite tags detach from their host fish, float to the surface and transmit data to scientists through the Argos satellite network.

In addition to data recovered through satellite transmission, CFER scientists have also been successful in using a new tracking antenna to physically recover satellite tags floating at the surface miles from shore following their release from tagged halibut. In collaboration with halibut harvesters from Port au Choix, 15 of 20 satellite tags deployed in 2014 were recovered in October 2015.

The advantage of recovering tags is that the full, high-resolution dataset can be obtained. This data, recorded every 15 seconds, can then be used to detect different fine-scale behaviours in tagged animals such as spawning activity and also to generate the first movement model reconstructions of the migration tracks of these fish over a full year between tagging and tag release locations. 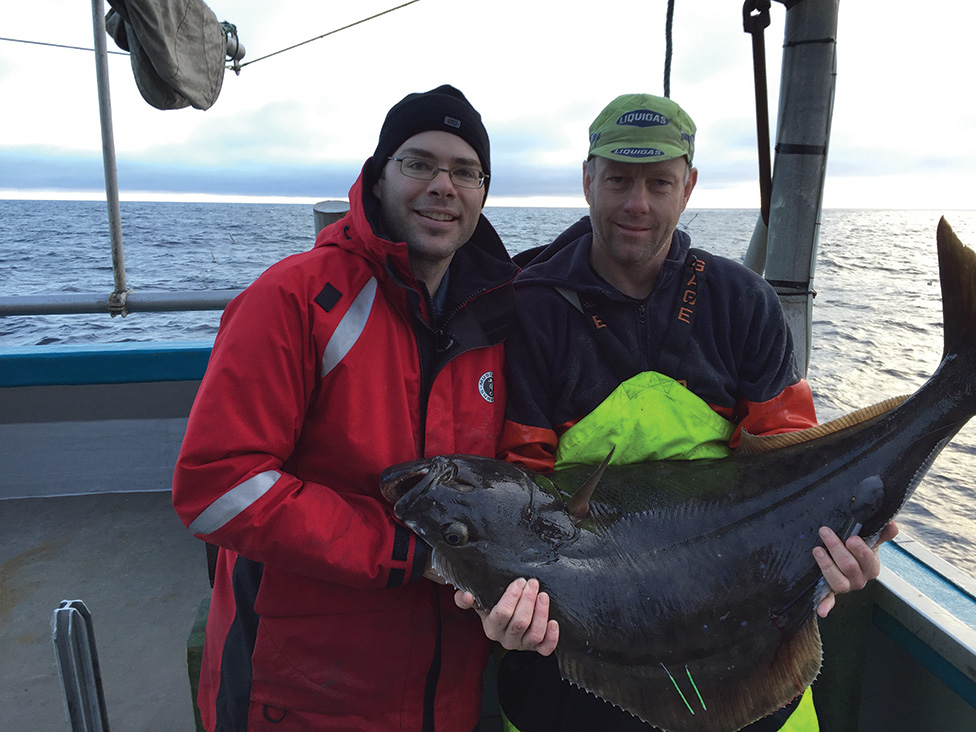 So far, satellite tags have informed scientists of monthly changes in depth and temperature distribution of these large fish throughout the year. Modeling the migration tracks during the tagging period has also confirmed that halibut distribute in the deep Esquiman and Laurentian channels of the Northern Gulf through the winter, where they also spawn. Halibut then migrate back towards inshore feeding grounds in the spring and remain in relatively shallow areas throughout the summer.

This information is crucial for the development of a dedicated longline survey for the Gulf halibut stock as depth distributions are highly dependent on season.

Results will inform DFO managers on depth layers to be targeted by the longline survey at different potential times — all leading to a robust estimate of halibut biomass. By generating new information for optimizing management and value of the halibut fishery in the Gulf of St. Lawrence, this study fits within CFER’s mandate to focus research on sustainability of fisheries resource.

Dominique Robert and Jonathan Fisher are Research Scientists with the Centre for Fisheries Ecosystems Research (CFER), Fisheries and Marine Institute of Memorial University.