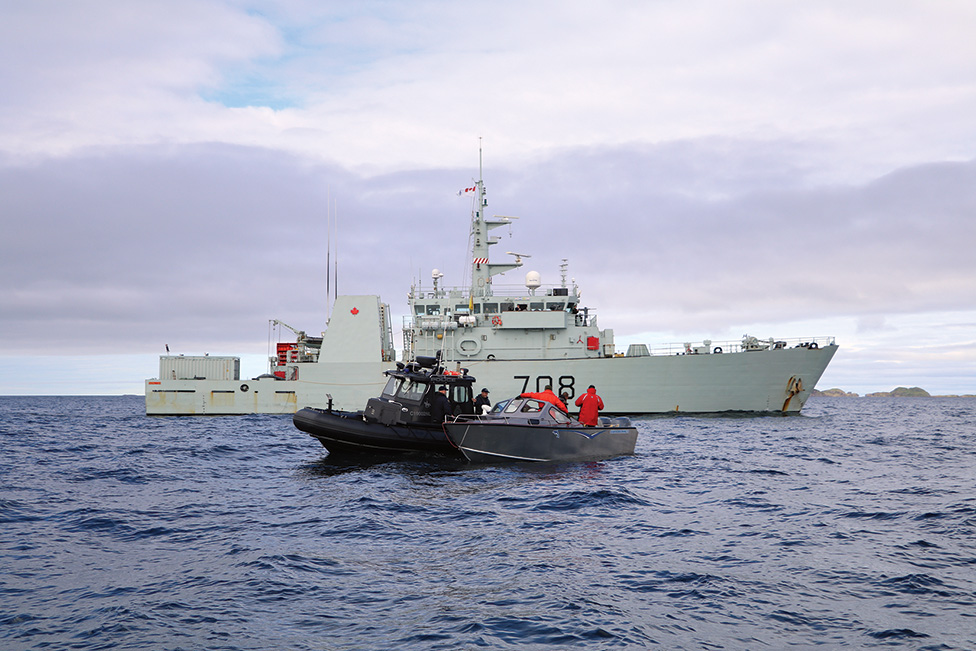 Brunette Island in the middle of Fortune Bay is a vast and rugged island that has all the characteristics of many rural parts of the province. It has a sheltered cove — Mercer’s Cove — where the only fishing settlement had existed prior to resettlement of the community in the late 1950s, and where lobster fishermen still come each spring and summer to fish. It has high hills, ponds, marshland, wooded areas and a picturesque coastline.

Around Mercer’s Cove there exists the remnants of the old foundations of homes and sheds, filled-in wells and grown-over vegetable gardens. About 350 people had lived and worked on the island.

The concrete blocks that supported a church and the surrounding headstones of the cemetery still stand, where parts of the community’s story is told. Those stories include a marker for a First World War soldier who was killed in action in France and headstones that tell of the tragic deaths of young children.

Following resettlement, the island was seen by the provincial government as an ideal place to conduct wildlife experiments, the most famous of which was the introduction of bison from Alberta in 1964.

There were also moose, caribou and arctic hare introduced to the island. The bison and moose have long since died off or were poached, while there appears to be a healthy arctic hare population, and a small number of caribou still survive there.

Brunette Island is a provincial wildlife reserve where hunting is not permitted.

It is also a place where Canadian Forces Base St. John’s has been conducting training operations for the past number of years.

From June 7-11, 2016, Exercise Atlantic Guardian III took place. It was a joint five-day domestic response exercise involving the Canadian Armed Forces, the RCMP and provincial Fish and Wildlife Enforcement. A number of training scenarios played out both on the island and in the waters surrounding it, testing how the different agencies would work together in the event of a real emergency.

A large campsite of army and civilian tents was set up near an old shed once used by the province’s wildlife officers in the days when the provincial government attempted its wildlife experiments. In the water were boats from Provincial Fish and Wildlife Enforcement, the RCMP, and the HMCS Moncton.

On the last day of the exercise, a Cormorant helicopter out of 103 Search and Rescue Squadron at 9 Wing Gander participated in a search and rescue scenario.

No Replies to "Scenes from Brunette Island"