Marine macroalgae or “seaweeds” are found in products used daily by Canadians and around the world.

Toothpaste, for example, often contains a gelling agent extracted from seaweed (e.g. guar gum) that gives it its smooth consistency and keeps the cleaning components of the paste well dispersed and stabilized. A seaweed extract (e.g. alginate) also keeps the lemon filling in meringue pies smooth and firm. In general, seaweeds are considered a “superfood” and have numerous uses that are not commonly known. 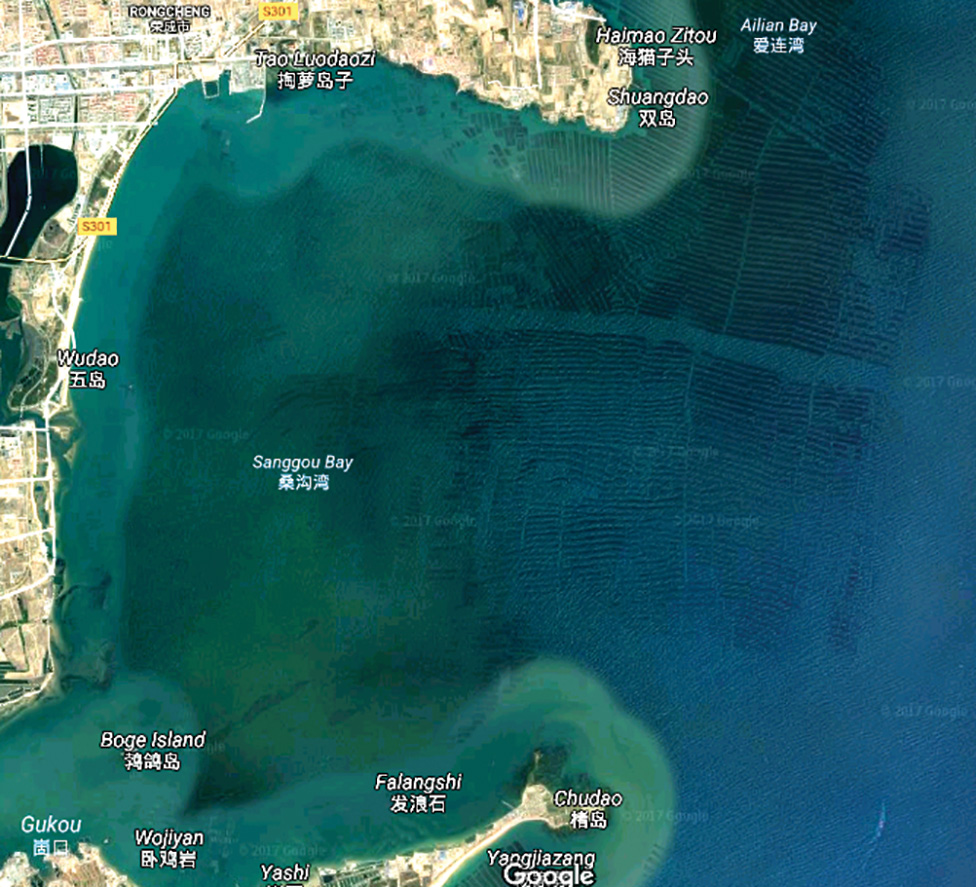 Seaweed farming operations in Sanggou Bay, China as viewed from space (screenshot from Google Earth). Note the parallel lines interspersed with channels for navigation and water flow. In this location the lines include both seaweed lines and shellfish lines (mostly scallop farms).

Seaweeds are the second largest group of farmed organisms in the sea, surpassed only by freshwater fish production in ponds, rivers and lakes on a global scale. In today’s world, nearly 30 million metric tonnes are farmed in coastal areas of Asia (e.g. China, Indonesia and the Philippines), South America (e.g. Chile), Africa (e.g. Tanzania) and to a lesser extent in North America and Europe (State of World Fisheries and Aquaculture 2016 — www.fao.org/publications/sofia/2016/en).

Aquaculture of seaweeds comprises over 95 per cent of the world’s supply, with less than five per cent coming from wild harvested sources.

Global production of seaweed is led by China, followed by Indonesia, the Philippines, and Korea — together they produce over 90 per cent of the world’s supply. About a dozen other countries produce increasing amounts of seaweed, but in very small relative amounts compared to these four major producers.

Seaweeds are big business, but fewer than 10 species groups are farmed extensively around the globe. The total value of global seaweed produced at first harvest is estimated at over $US 10 billion and well over $US 30 billion in secondary products. It is one of the most highly traded commodities from the sea around the globe.

The majority of seaweeds are produced for export markets for further value addition. They are grown by small family-owned and operated farms in most countries. Farming takes place in ponds or in the ocean in large expanses of coastal areas.

The gelling agents or “gums” found in seaweeds are very useful, including carrageenan, guar gum, agar and alginates to name a few. However, the global market demand for these compounds has been slowing over the past two decades with new products coming on stream as food additives, stabilizers and gels. 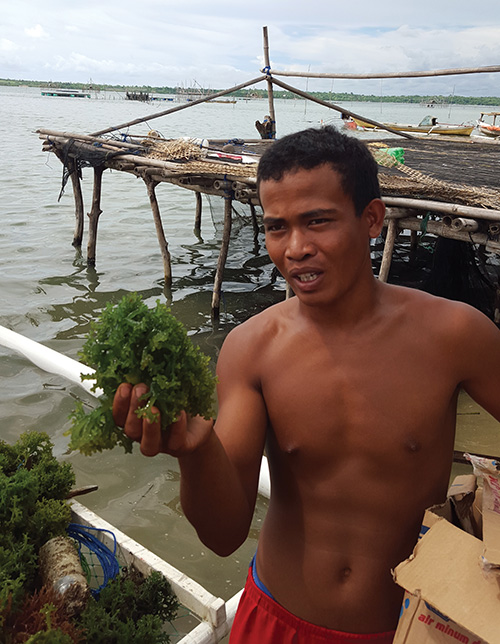 While many seaweeds are used as food additives for thickening and stabilizing agents (about 50 per cent of global seaweed production is for these purposes), many of the compounds extracted from seaweeds are also employed in the field of medicine, as substrates for microbiology. Seaweeds have a number of antiviral and antimicrobial properties and are beginning to be employed in modern medicine in therapies to treat various diseases.

Several seaweeds are also a good source of antioxidants and essential nutrients (omega-3s, minerals and vitamins) and the market for nutritional supplements and nutraceuticals from seaweeds is rapidly growing. The important nutritional components of seaweeds are increasingly contributing to the group of farmed aquatic plants becoming known as “superfoods” — the fastest growing segment of seaweed uses. As examples, many food items and snacks are made from both fresh and dried seaweeds (e.g. sushi roll wraps).

Seaweed components are increasingly recognized as having biostimulant properties for both animals and plants. As a result, seaweed is being used in plant production as well as animal farming to reduce stress, provide immune boosters and enhance growth.

Certain seaweeds are also being employed in animal feeds as a source of proteins and omega-3s. Certain combinations of seaweed have even been shown to reduce greenhouse gas emissions from cattle, a major human-induced contributor to global warming.

Finally, seaweeds can provide important ecosystem services when grown in combination with a variety of other aquatic crops to reduce impacts of those crops and enhance the value of the overall harvest. This is referred to as the Integrated Multi-trophic Aquaculture model, quite often used in Asian aquaculture and becoming increasingly explored in western aquaculture practices.

The Fisheries and Marine Institute of Memorial University is currently partnering with the Canadian Co-operative Association and several seaweed cooperatives in Indonesia as well as Global Affairs Canada, to enhance the livelihoods of small scale seaweed farmers.

The approach is to strengthen the co-operative model, examine value added products from seaweeds, training in best practices and certification of products for market access. It’s an exciting project that could be applied anywhere, including Canada. 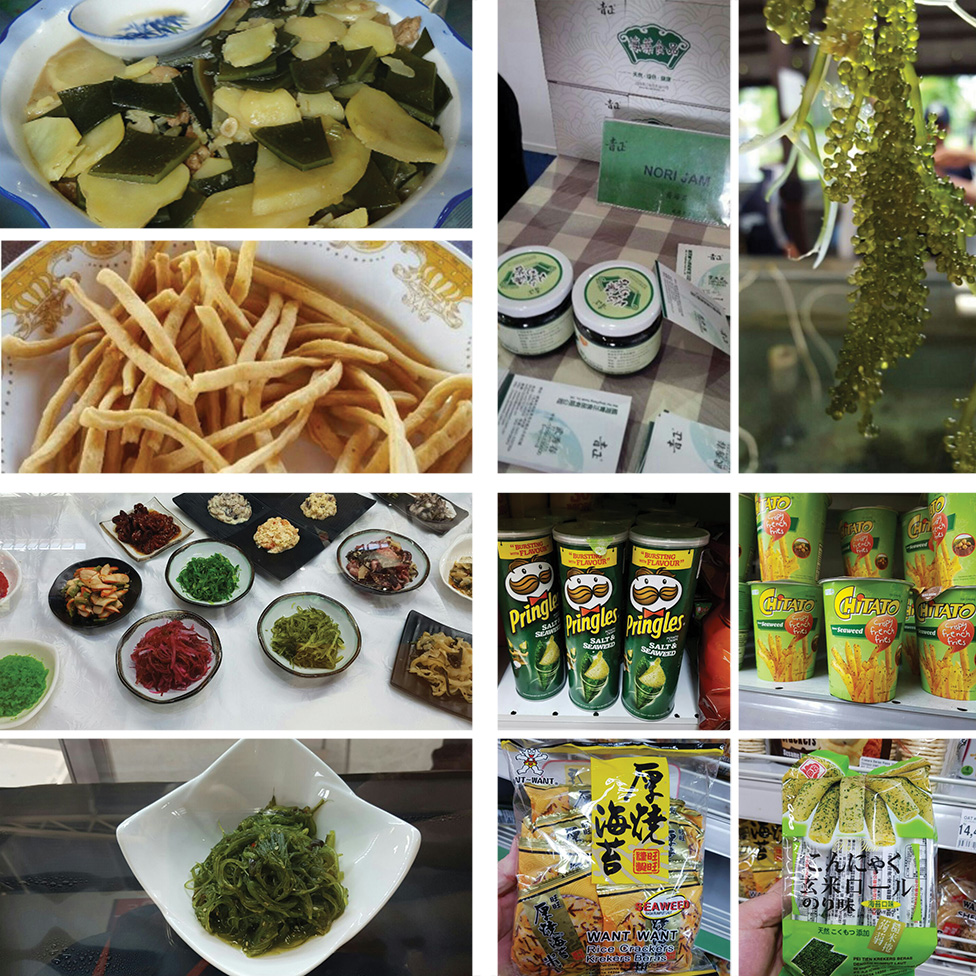 A variety of seaweeds can be farmed in Canada including many of the high yield gum, nutraceutical, medicinal and food products farmed elsewhere. However, the farming of aquatic plants and animals is subject to a convoluted and cumbersome regulatory regime, making it difficult for more than any one type of farm to exist in a locale.

Research efforts in the past decade and a half have focused on understanding the ecosystem services that seaweeds can provide in co-culture with fed aquatic animals, as well as the regulatory constraints associated with multi-species farming practices. Some progress is being made and there are now some burgeoning seaweed producers in several provinces.

Eventually, it is expected that the seaweed farming industry in Canada will take its rightful place in the production of healthy, sustainable and high quality aquatic crops.

No Replies to "Sea Vegetables, Seaweed Pie and Opportunities in Canada"