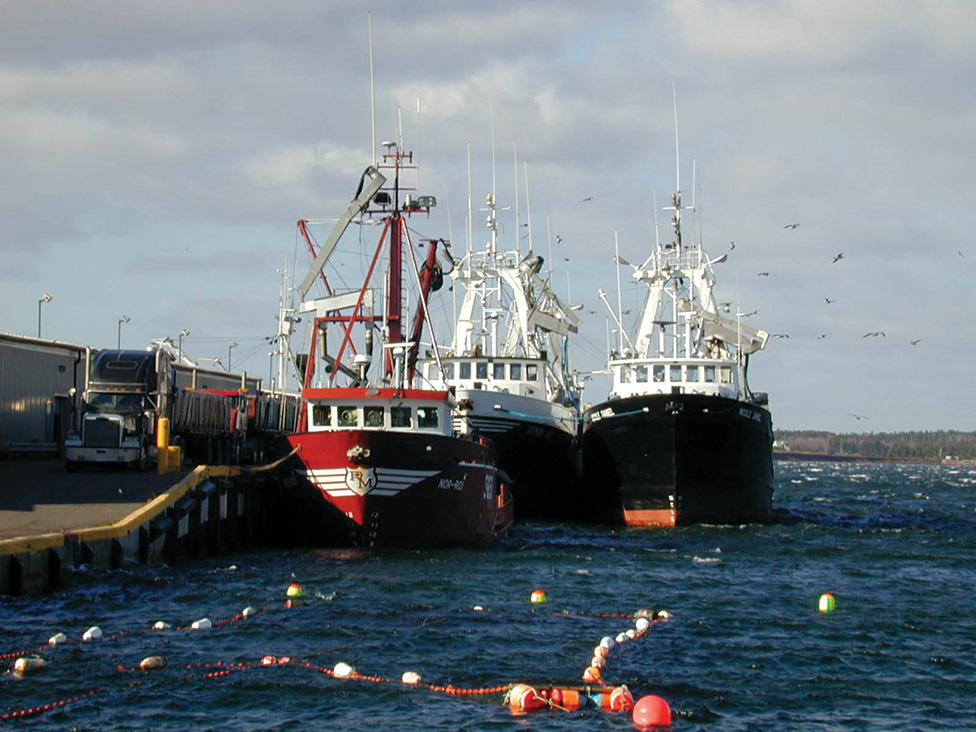 When one discusses a fishery which runs smoothly, Southwest Nova Scotia herring usually comes into the conversation.

When this fishery fell on hard times a few years ago, the few seiners left, six or seven where there used to be 50, decided to be part of the rescue effort. In other words, they put their own hard cash and effort into saving the fishery.

Hundreds of thousands of dollars were spent and the efforts have been successful to the extent that this fishery has had good years for the past two, the 2015 season coming to a close in October.

The seiner owners conducted surveys out of their own pockets and were able to prove to the federal government what the biomass looked like. More often than not, the results didn’t jive with what government surveys showed, specifically because fish swim and while they might not be there on this particular night of the few surveys the feds managed, it didn’t mean the fish weren’t in the area.

“We’ve come up with the same problem. The night of some surveys few fish were found but the captains reported that the fish showed up the next day. When I asked why they hadn’t reported this or maybe should have conducted further surveys, they get mad at me because the crews get mad at the captains. You can’t continue asking these men to fish for nothing,” Donna Larkin, executive-director, Southwest Seiners Ltd. out of Pubnico, said in an interview.

The 50,000-tonne quota was caught this year and Larkin termed the season “fairly good.”

The fish were of good size and the surveys showed that Scots Bay in the Bay of Fundy was in fairly good shape in terms of biomass. The question has yet to be answered for German Bank — in recent years the main point of this fishery for seiners as well as gillnetters.

The former hot spot of Trinity Ledge, located a few miles from Port Maitland, didn’t produce this year. Actually, gillnetters were the only ones fishing there in recent years as seiners stayed out.

Another reason why this fishery is working is the collaboration between the harvesters and the people who buy the catch, the processors.

“The fish plants control what and when we catch it. We self-impose an 18-centimetre size because the plant demanded it. Vessels won’t go out when the plants are closed on Sundays, for example. We try to produce what they want and when,” Larkin explained.

When seiners run into small fish (25 per cent under the 18-centimetre limit) they leave the fish in the water.

“Plant operators cannot ask their workforce to toil 24 hours a day which is what would happen if three seiners arrived at the plant at the same time loaded with fish.”

The herring is an important fishery for food as well as bait for other fisheries like the longline and especially lobster — which is why the fishing industry in this area as a whole is highly suspect and indeed scared stiff about the possibility of oil and gas drilling rigs near or on their fishing grounds. Especially vulnerable are fishing banks on the Western Scotian Shelf, Browns and German Banks.

Although both Canada and the United States have moratoria on oil and gas activity on Georges Banks, Browns Bank is just 60 or so nautical miles north of this iconic ocean real estate in Canadian waters.

While a few Connor Bros. seiners were still operating by the last week of October on the New Brunswick side of the Gulf of Maine, all activity ceased for herring in November.

The fishery will resume in May or June, depending on the size of the product. May usually produces a lot of small fish, so fishing is limited.

Fall herring from the fishery in Canada’s southern Gulf of St. Lawrence can now be sold with the blue MSC ecolabel indicating it comes from a sustainable, well-managed source. This is the first ever gillnet herring fishery to achieve MSC certification.

“We are delighted to see this important fishery independently assessed and certified as being well managed and environmentally sustainable,” said Federation Chairman and herring fisherman Greg Egilsson.

“To be the first herring fishery in the world with this gear type to achieve MSC certification is a huge accomplishment and endorsement of the conservation measures championed by the Federation over many years. The broad recognition of the MSC Standard in the seafood supply chain and among consumers in other markets will allow Canadian processors to make further inroads into new markets where herring products are highly sought after. We are also grateful to the Nova Scotia Department of Fisheries and Aquaculture for its important support of the assessment.”

“Nova Scotia has a proud history of supplying high quality fish to the world,” said Nova Scotia’s Fisheries and Aquaculture Minister Keith Colwell. “Now, with the independent certification of the Marine Stewardship Council, we can enhance our global image with environmentally-conscious consumers and the marketability of our herring.”

While most fall herring harvesters also engage in other seasonal fisheries like lobster and snow crab, herring plays a vital role in supporting close to 2,000 jobs in as many as 35 processing plants in the southern Gulf region.

Fall herring is one component of a coastal, multi-species fishery that opens for only a very limited period in September and October. In 2015, the 400 eligible fish harvesters landed 5,630 metric tonnes of herring worth almost $2.6 million. It occurs in Herring Fishing Area 16 F situated within the southern Gulf of St. Lawrence specifically in waters off the eastern portion of the Northumberland Strait between the northern shore of Nova Scotia and southeastern shore of Prince Edward Island.

“The MSC is thrilled to welcome Canadian fall herring into our program” said Jay Lugar, Program Director for MSC in Canada.

“The Gulf of St. Lawrence is home to a rich diversity of species of which many are commercially harvested and a large portion of volume is MSC certified. We are proud to see fall herring join the ranks of fisheries that are working hard to protect our marine ecosystems and using the MSC certification to signal their accomplishments to the world.”

A staple in European and Asian diets for centuries, herring is a highly versatile mild-tasting oily fish and can be found in many forms including fresh, frozen, cured, canned, smoked, herring roe, and oil. In Canada, herring roe is an important product and is mostly sold in Japan. Much of the fall herring is also sold to processors for the smoked herring market in North America and the Caribbean.

No Replies to "Seiner Groups Taking Herring Industry into Own Hands"