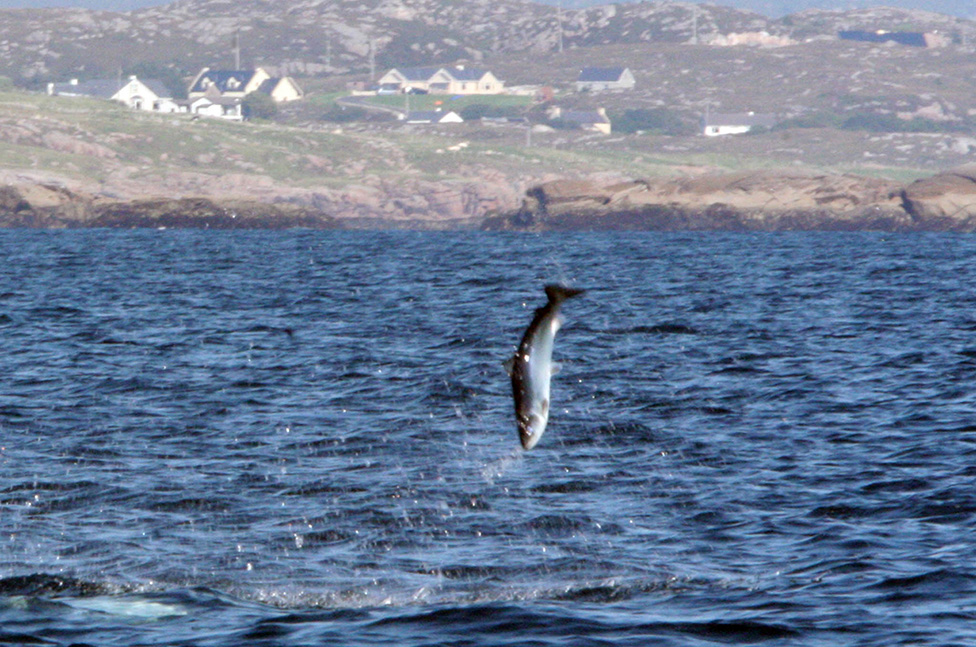 As humans go about their modern lives, they leave behind an innumerable amount of waste for nature to contend with.

Some of that waste is relatively easy for the world’s natural processes to deal with, some isn’t, while some scientists are still trying to figure out how it impacts the environment.

A fish is swimming along in a picturesque Prince Edward Island stream, minding its own business, when a sudden and violent rainstorm washes all sorts of compounds into the water.

What impact, if any, will those substances have on the fish? What impact could there have been if there was slightly more of one substance than another? Do different combinations of substances produce different results for the fish?

These questions and more are at the heart of what researchers at the Atlantic Veterinary College at the University of Prince Edward Island in Charlottetown are trying to answer.

Dr. Mike van den Heuvel and Dr. Collins Kamunde both study environmental toxicology at the college and are contributing to this particular research project, though Kamunde is the lead.

Van den Heuvel describes their work as ‘basic science’ but stresses that it could have much larger implications in the future.

They’re trying to understand how much environmental stress fish can take before you start to see negative effects on their health. Once they know that, then policy makers can start talking about how to best protect wild and farmed fish into the future.

“It’s pretty basic, but you need to be able to understand the basic things to be able to eventually apply them to the real world in terms of environmental regulations,” he said.

To conduct their work, the researchers take tissue samples from their subjects, which are mostly trout and study what effect exposure to toxins like heavy metals (copper, cadmium and etc.) have.

The idea is to expose the subject to common toxins they might encounter in nature, thanks largely to human industries, be that the tar sands in Alberta or potato farming in Prince Edward Island.

For example, said van den Heuvel, there has recently been a surge in organic farming in North America; but some of those farms use organically certified pesticides with high levels of copper. Humans can safely tolerate copper, to a point, but fish have a severe sensitivity to it and have shown health deterioration when exposed to comparative levels.

So they expose various levels of copper to fish organs and measure its impact on biological processes, like cell oxidation, then they do the same thing again but add cadmium to the mixture, next they vary the levels of both materials and so on.

Many of the toxins they’re working with have become ubiquitous and are not relegated to areas with high concentrations of industrial activities.

Even something as simple as a good rain can wash all kinds of pollutants from our roadways into streams and rivers, said van den Heuvel.

So it’s simple science, but its tackling big world problems, he added.

To aid this kind of research, the Natural Sciences and Engineering Research Council of Canada, a federal body that provides research money to university projects, recently awarded $480,000 in funding to several projects at UPEI, including the project being worked on by Kamunde and van den Heuvel. Kamunde received $100,000 to purchase a high tech respirometer, which allows scientists to measure how much oxygen cells are consuming.

“The equipment obtained thanks to this funding will ultimately lead to a better understanding of mixture and thus a greater ability to set compound environmental guidelines to protect aquatic organisms in the environment,” said van den Heuvel.

Study to Examine Impact of Pesticides on Lobster Populations

A group of researchers will spend three years studying the potential impact agricultural pesticides might be having on lobster in the Northumberland Strait.

Dr. Michael van den Heuvel is the University of Prince Edward Island’s Canada Research Chair in Watershed Ecological Integrity and the principal investigator with the project.

“The lobster populations in the Northumberland Strait have been collapsed for quite a number of years, and no amount of fisheries measures seem to have improved that,” said Dr. van den Heuvel. 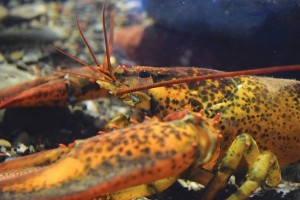 The Strategic Partnership Grant from the Natural Sciences and Engineering Research Council of Canada (NSERC) is funding the study.

It will involve partners from UPEI, the PEI Fishermen’s Association and Homarus Inc., a non-profit organization managed by the Maritime Fishermen’s Union.

Dr. van den Heuvel said estuaries and coastal zones are under environmental pressure due to urban development, agriculture, and climate change. He notes that in the southern Gulf of St. Lawrence, this is of special concern.

“The uniqueness of that area is mainly because of the proximity to shore on both sides,” said PEIFA president Craig Avery.

“You have a lot more contaminants, a lot more run-off, and you have them coming from both sides. The strait is right there, and there’s nowhere else for it to go.”

The contaminants that are the most concern are pesticides that are highly toxic to invertebrates, especially crustaceans such as lobster.

Homarus Inc. research scientist Dr. Dounia Daoud said researchers and lobster fishermen are interested in any effect that could potentially be an explanation.

Dr. van den Heuvel says the three-year project will try to determine if pesticides are having an influence on organisms in the Northumberland Strait.

“The project will also establish new long-term monitoring methods to improve our understanding of how the environment changes in response to activity on land,” said Dr. van den Heuvel.

A number of UPEI professors and student researchers from various fields will be working on the project.

Mail Order Cod on The Menu