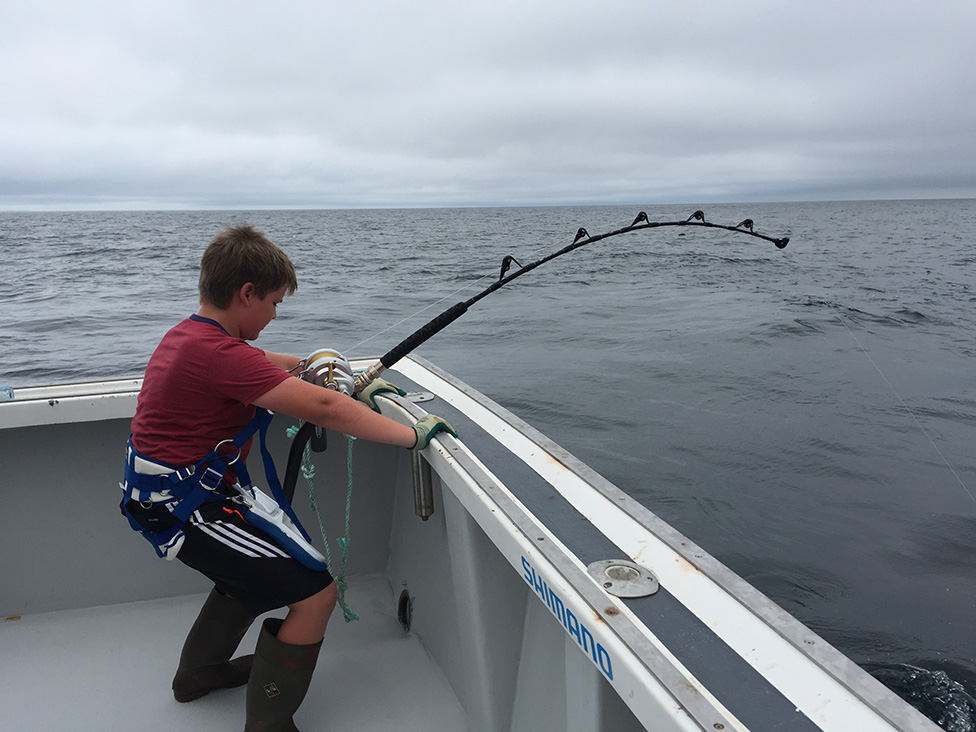 Little did 10-year-old Koen Norton know that when he set out on his father’s vessel he was going to come home with a monster.

Koen, from the Montague area of Prince Edward Island, recently made headlines all over the world when he obliterated a world record for largest bluefin tuna caught by someone in his age category. The records are kept by the International Game Fish Association. 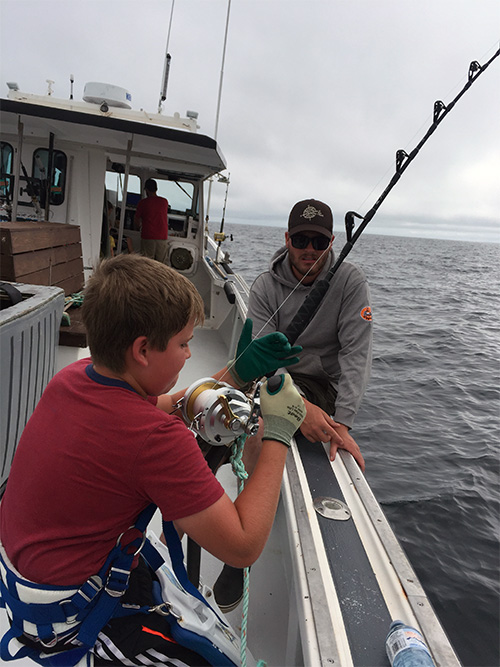 Koen landed, by himself, a 486-pound bluefin off Naufrage Harbour. He was on his father, Greg Norton’s fishing boat.

The catch has landed the budding fisherman on the national news from several outlets and he was even interviewed by the BBC.

“A lot of people ask me about it,” he said, said the soft-spoken young man, inflecting that he was almost getting a little weary of telling the story.

“It was hard. The next day it took me a minute to get out of bed, I was that sore,” he said.

The fight with the tuna lasted almost an hour, with Koen hooked into a freestanding harness and brace for his rod and reel. He used a ‘stand up’ method where it was just himself standing with his knees bent, as opposed to using a chair to brace himself.

The Nortons run Tightline Tours tuna charters and land dozens of bluefin every season. Most are caught on barbless hooks by tourists and released shortly thereafter, but every year about 300 tuna are caught in the Island’s commercial fishery and sold to buyers, mostly in Asia.

When this year’s season started to roll around, Greg and Koen decided they were going to go for a record, though they’ve been talking about it for about it for more than a year.

Their charter business has had an American man visit them every year for the past few years, chasing his own world record. Greg said that watching that customer’s quest was what put the idea in Koen’s head, that maybe he could chase his own record.

They looked into it and found the International Game Fish Association. The latest record they could find for a bluefin tuna caught by someone 10 years or younger was 246 pounds though that was a recent catch that wasn’t official last they checked. The last official record was much smaller.

Bluefin grow to some monstrous sizes around P.E.I., so the father and son knew they could find a record breaker, but the question was whether or not Koen would be strong enough to reel in the fish. 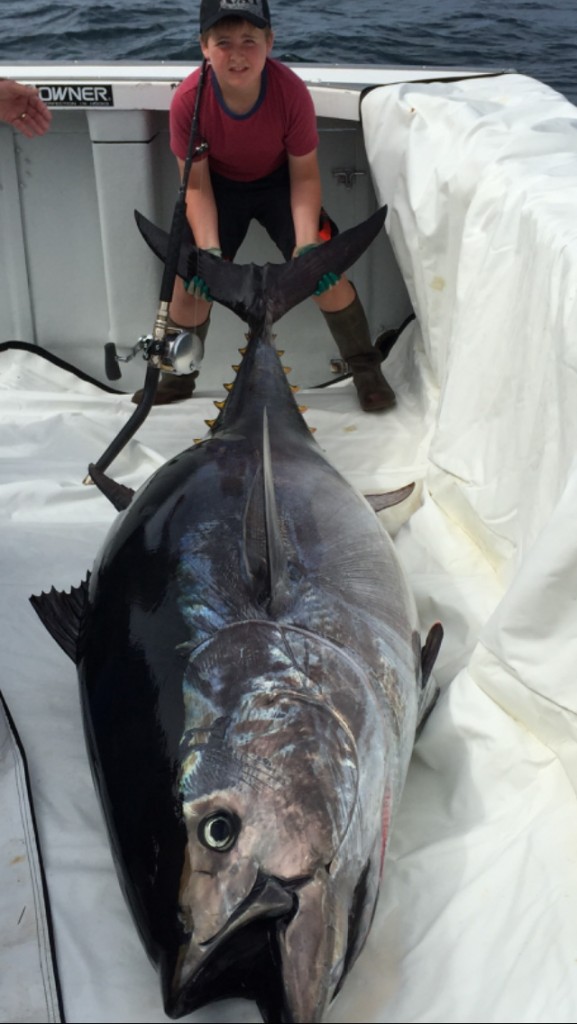 “It’s kind of like a Volkswagen running away with the line while you’re trying to hang on,” said Greg, who’s been fishing bluefin off eastern P.E.I. for more than 20 years.

They decided to wait until Koen was at the maximum age to give him as much of an advantage as possible, and he practiced his stance while they waited for this season.

When it finally came time to set out on Aug. 23 both father and son were excited.

Greg found an area where he knew fish in the 300 to 600-pound range congregated and they set their line.

The fish finally took the bait, Koen calmly got himself hooked up into his harness and went to work. It took about an hour to bring the fish up alongside the boat.

Greg was keeping an eye on him the whole time, but his son handled himself well, he said.

“I watched him. As long as he followed the technique we have there was no fear of getting hurt,” he said.

“He did good. I was pretty proud of him anyway. I told him, ‘it doesn’t matter to me if this boils down to they don’t give you the record, you’re a record holder to me,’” he said.

Once they got their fish back home to port and got it weighed word spread quickly.

Before the Nortons knew what was happening they were getting calls from all over, mostly media looking to cover the story.

They were almost more blown away by the amount of attention the fish got than the fish itself, said Greg.

The attention is OK, he added, but they aren’t really looking to be famous. They just wanted something nice to do as a father and son.

Their time together each year varies because Greg works in western Canada during the off fishing season. 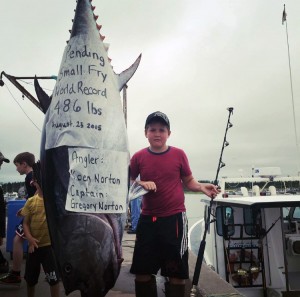 Koen Norton and the 486-pound bluefin tuna he caught in P.E.I. waters On Aug. 23. Koen is attempting to break a world record with his impressive catch.

“He misses me being home here being with him and stuff, so I thought it would be nice to do something special with him,” he said.

Special indeed — although Koen is already looking forward to landing an even bigger fish. Greg’s still got another tag allowing him to catch and keep another bluefin, so they were heading back out on the water as of Sept. 2, hoping to land an even bigger catch, one that would ensure Koen’s record won’t be broken for a long time.

It would be nice to keep the record for a while, said Koen, but regardless, he’s just happy to be fishing.

“I just like going fishing. Just going out on the boat, being on the water,” he said.

Cod and Some Lessons from History