Capelin is an important forage (or food) species for several fish, mammal and seabird species in the ocean environment and is therefore considered a keystone species for maintaining marine ecosystems.

The species also plays an important role in supporting commercially valuable fisheries as well as a small capelin commercial fishery.

However, for decades, capelin have puzzled scientists because so little has been known about the structure of the stock over its entire range distribution. Adding to the mystery is the disappearance of the species from the northern coast of Labrador in the early 1990s which remains unresolved. 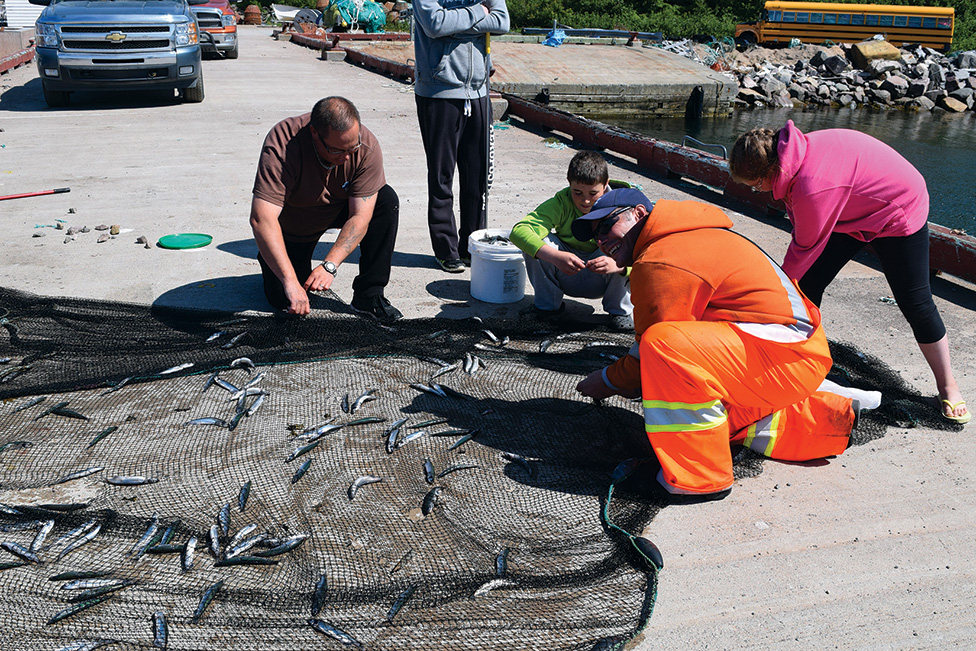 Some researchers have hypothesized that the Labrador Sea is a mixing zone of capelin belonging to Northwest Atlantic and Arctic (e.g., Nunavut and Greenland) populations, therefore making it plausible that capelin on the northern coast of Labrador did not undertake a southward migration, but migrated northward.

In 2013, capelin suddenly returned in large number to spawn along Labrador’s northern coast. These capelin schools were closely followed by northern cod. The Hamilton Bank, off Labrador’s coast, is considered a key spawning ground for the recovery of the northern cod complex, due to the seeding of drifting eggs and larvae throughout the stock’s distribution area via the Labrador Current. 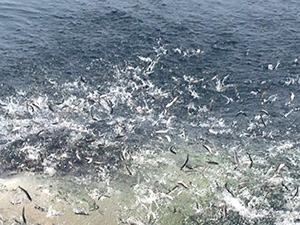 The return of capelin to Labrador might play a crucial role in the recovery of cod not only in Labrador waters, but in southern locations as well.

To find out more about the origins of the capelin stocks, the Nunatsiavut Government, the NunatuKavut Community Council, local fishers, commercial harvesters, the Labrador Fishermen’s Union Shrimp Company, provincial and federal governments, the Greenland Institute of Natural Resources and academics from Université Laval, University of Manitoba and the Marine Institute’s Centre for Fisheries Ecosystems Research (Memorial University), are working to shed light on capelin throughout the majority of its distribution range.

In 2015, they initiated a project to identify the genetic stock structure of capelin from New Brunswick to Nunavut and Greenland.

In addition to generating the information needed to identify different stocks, this research project will aim to also identify the origin of capelin returning to the northern coast of Labrador. As well, the information will help in the management of the species according to distinct stocks — ensuring species conservation and the sustainability of the fisheries.

A better understanding of capelin populations’ genetic structure and life history traits is necessary for fisheries management. Based on the tremendous success of the work done in the 2015 season, my collaborators and I will further develop this project to generate the information needed to better understand the capelin of Labrador. 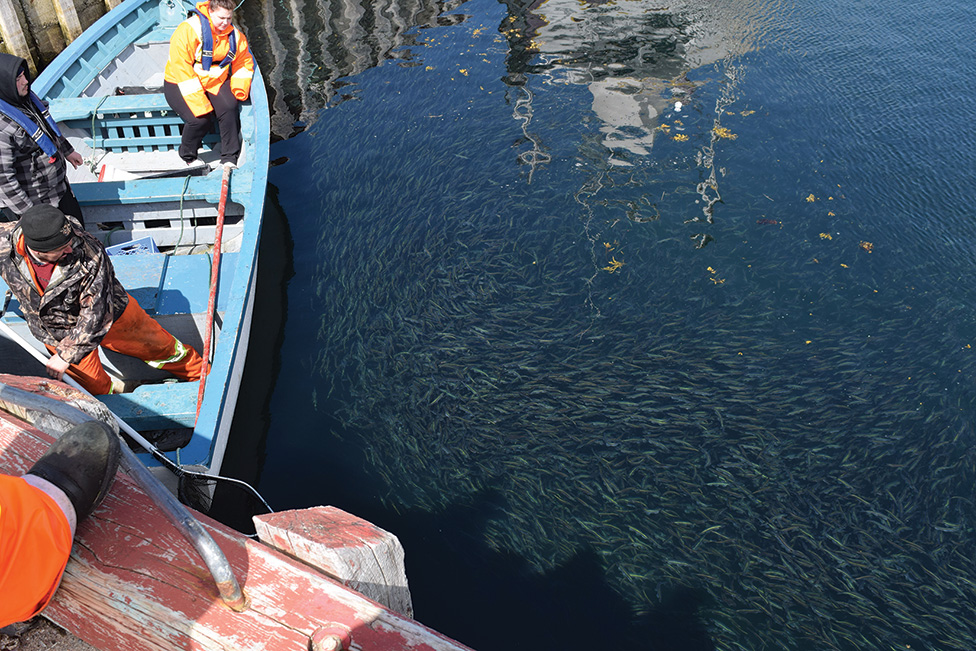 Marie Clément is a research scientist at Memorial University. She has a dual affiliation with the Marine Institute’s Centre for Fisheries Ecosystems Research and the Labrador Institute. Based in Happy Valley – Goose Bay, she is currently developing a research program to generate the scientific information needed for the conservation and management of subsistence and commercial fisheries.

No Replies to "Solving the Mystery: Origin and Stock Structure of Capelin in the Northwest Atlantic and the Arctic"