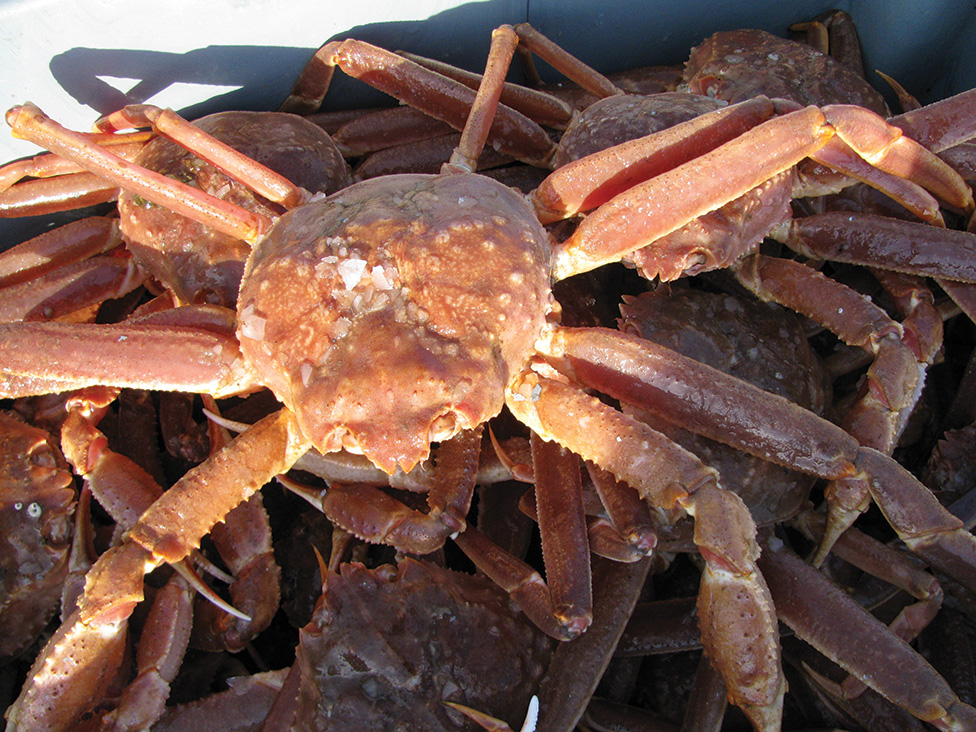 After reporting years of shrinking snow crab stocks, scientists at the Department of Fisheries and Oceans (DFO) are painting a not so bleak picture for the upcoming 2018 fishery off Newfoundland.

DFO snow crab lead Dr. Darrell Mullowney said today the fishable biomass off Newfoundland (NAFO areas 2HJ3KLNOP4R) is still at a low level, but has shown some small signs of improvement and should be on par with 2016 stock numbers, bucking a trend that demonstrated declines each year.

But a recent cooling trend might be helping crab stocks level off.

Mullowney said snow crab are most common in waters below 2°C. and the return to cooler conditions in all fishing divisions in recent years is proving positive for the stock.

2HJ: Both the exploitable biomass and recruitment indices have changed little during the past decade with the exception of a 2014 spike. Surveys suggest recruitment will be unchanged in 2018.

4R3Pn: The exploitable biomass index most recently peaked in 2012 and has since declined to a time-series low in 2017, reflecting trends in all surveyed areas. Recruitment has been low for the past four years.

The recent snow crab stock assessment results will be presented and discussed at industry consultations held throughout the province, which are scheduled to begin on March 6. DFO senior regional officials will consider advice from DFO Science and input from industry in developing future Total Allowable Catch (TAC) and other management actions.

No Replies to "Some Positive News on N.L. Crab Stocks"