Mayors and community leaders from the south coast and central Newfoundland travelled to British Columbia in October to learn about the economic impact of aquaculture on Canada’s west coast.

Jamie Gaskill, Managing Director of Marine Harvest Atlantic Canada, extended the invitation during a spring meeting in the province with local mayors and community leaders. Earlier this year, the Norwegian aquaculture giant acquired New Brunswick-based Northern Harvest, including its farming licences in Newfoundland and Labrador.

A joint-mayors committee approached the Marine Institute’s Coast of Bays Regional Aquaculture Centre in St. Alban’s seeking for assistance in securing the financial support needed to carry out this aquaculture mission. Thanks to funding from the Atlantic Canada Opportunities Agency (ACOA) and the Department of Tourism, Culture, Industry and Innovation, a group of 18 mayors and provincial representatives headed to B.C. on Oct. 13 for a week-long mission. 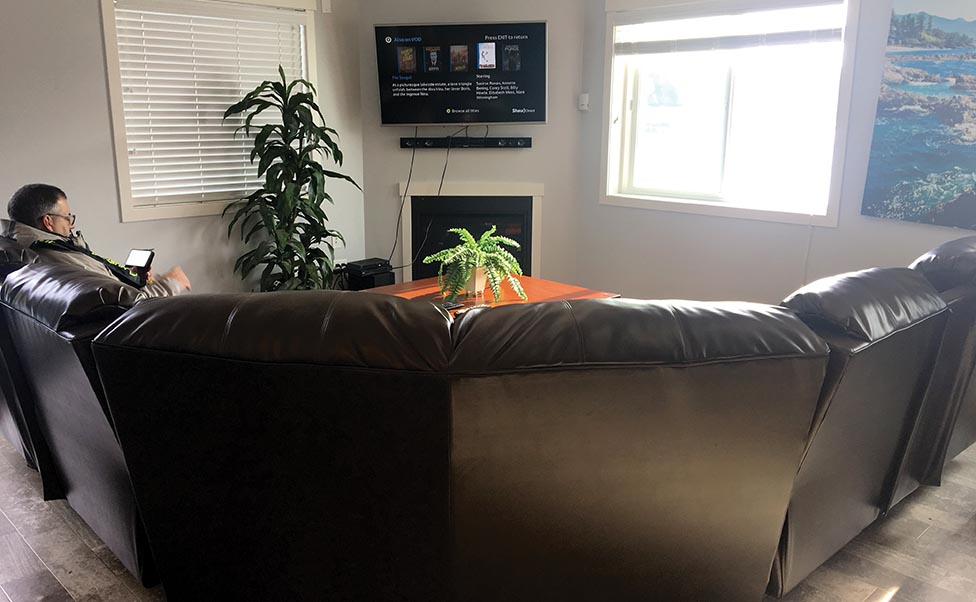 The living quarters barge for employees at the Port Hardy, B.C., aquaculture site. 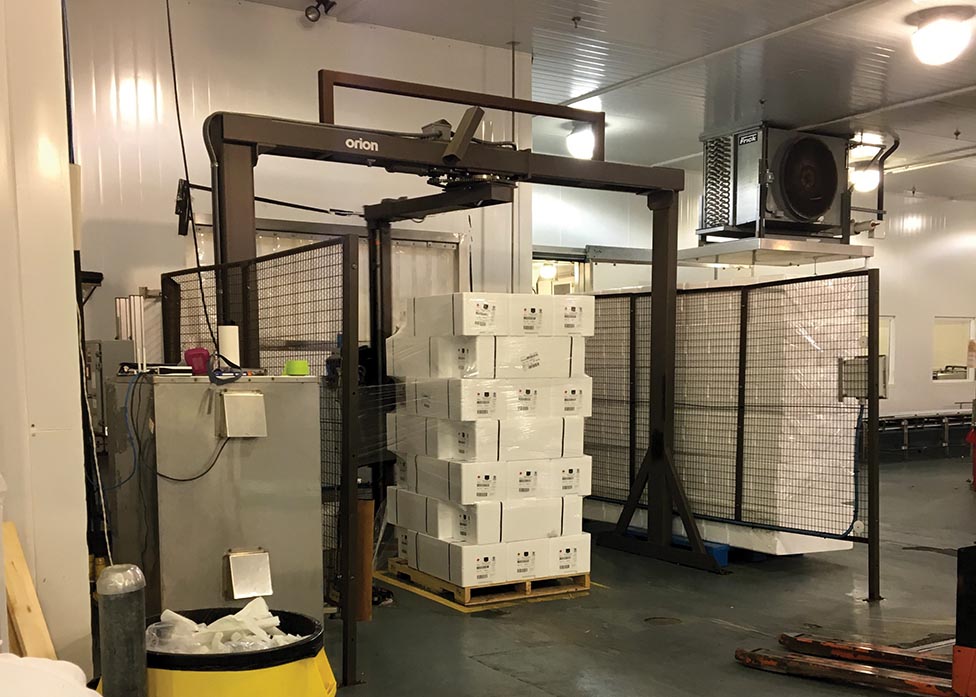 In Campbell River, the group visited the Maritime Heritage Centre and met with Marine Harvest staff and the town’s mayor. They also visited Ocean Pacific Marine, a marine store and boatyard that repairs and builds aquaculture and commercial vessels. From there, they participated in tours of the B.C. Centre for Aquatic Health Services and Marine Harvest’s Dalrymple and Big Tree Creek hatcheries.

Following two days in the Campbell River area, the group traveled north to Port Hardy. There, they met with James Walkus, owner and operator of the family-owned James Walkus Fish Co. Ltd. and toured his harvest vessel as market-sized Atlantic salmon were being transferred to the local processing facility. Marine Harvest’s partnership with James Walkus is just one of several partnerships the international aquaculture company has entered into with Indigenous groups in B.C.

Next, the group travelled via sea taxis to several salmon grow-out sites. They chatted with Marine Harvest site staff and toured the feed storage and accommodations barges that are well equipped with fitness centres, individual rooms for each employee and a well-appointed kitchen and dining area.

One of many sub-contracted service companies, Badinotti Net Services, were on site cleaning the aquaculture nets with remotely operated net-washing systems. The group also travelled to the Badinotti offices for a tour of the sub-contractor’s net repair and cleaning operations.

“This was a real eye-opener. Marine Harvest Canada operates state-of-the-art hatcheries, grow-out sites and processing plants. They are big on establishing partnerships with service and supply companies and endeavour to work cooperatively with First Nations communities,” said Dennis Benoit, a councillor with the Miawpukek First Nations community of Conne River.

“It is clear Marine Harvest is focused on growth, sustainable operations and responsible development.” 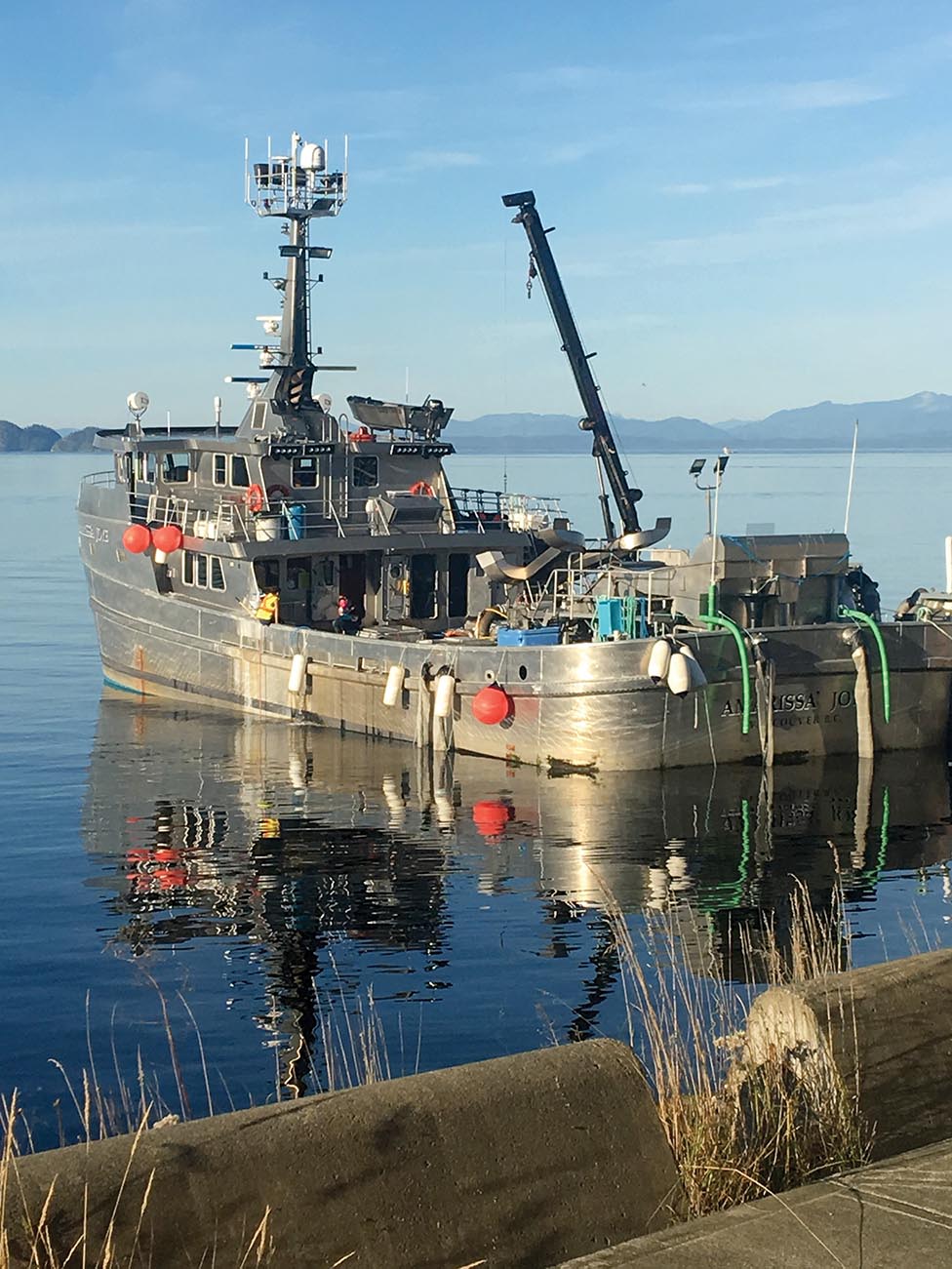 Overall, the trip to B.C. was informative and clearly gave participating municipal leaders an appreciation of the magnitude of the aquaculture industry on Canada’s west coast — and the level of growth and development and the amount of financial investment required.

“Unlike communities on the south coast, being more central Newfoundland, we are somewhat removed from the salmon aquaculture industry, but we have already seen the benefits trickle in from what’s happening in that region,” said Rodney Bennett, councillor in Grand Falls-Windsor.

“To see what’s happening in B.C. and to see where this can go in Newfoundland and Labrador is very encouraging. Safety and biosecurity are critically important, employees are probably as happy as I’ve seen anywhere, working conditions are great and the accommodations on their site barges are better than home.”