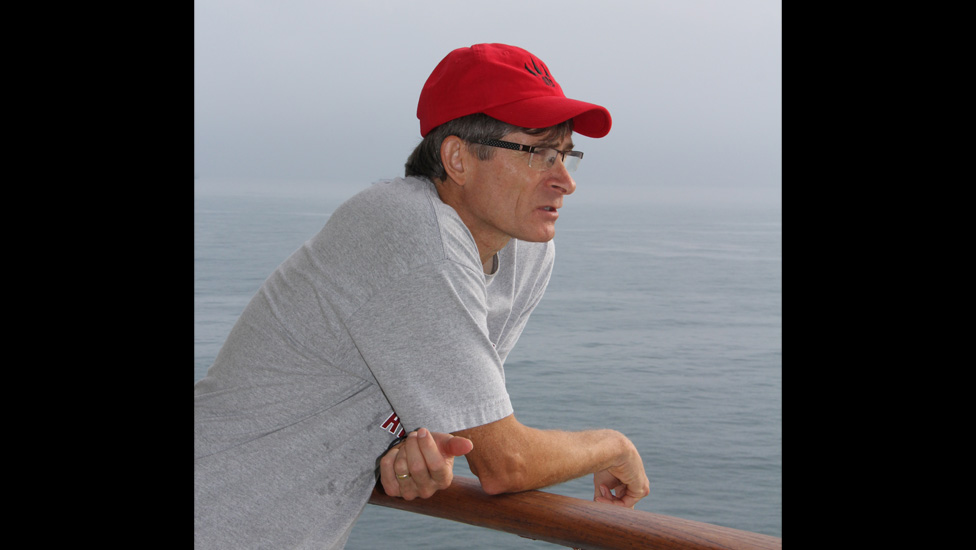 Adlai Cunningham is a tall, fit man who is a self-confessed sports nut.

He is also modest and appears a little uncomfortable talking about himself, even though he is an accomplished man, both in his professional and personal lives.

Adlai is CEO and co-owner, with his brother Fenton, of Sea Star Seafoods in Clark’s Harbour, Nova Scotia. Sea Star is a little different than most Nova Scotia fish companies — they don’t process lobster as do the vast majority of fish operations in the province. In fact, their specialty is a species hardly processed in provincial waters anymore. Sea Star is the largest saltfish production company in Atlantic Canada and their primary species is cod with a small amount of pollock on the side.

Cod stocks have not returned to Nova Scotia waters since the collapse of the species in the early 1990s and Adlai Cunningham was forced to source his raw material from other countries like Iceland and Norway, with some coming from Newfoundland and Labrador.

As Sea Star CEO, Adlai had to roll with some pretty large corporate punches in the past 23 years since the disappearance of cod. Besides the loss of a homegrown resource, the demand for salt fish also declined in many traditional markets and the company’s survival depended on a high degree of creativity. But they pulled through and Adlai is still bullish on the future.

In fact, at 62, he is inching his way towards retirement and will pass the reins over to his son Kerry within a few years.

“It won’t be easy but I think the business is sustainable enough for him to make a living at it,” Adlai says. He also points out that Sea Star’s management team has been with the company for many years and their experience will be very valuable to Kerry when he becomes CEO.

Adlai says there are several reasons the business made it through the hard times over the past couple of decades. He explains that the company never strayed from its business philosophy of providing only top quality product and always putting their clients before all else.

In fact, the very first line on the Sea Star website opening page reads in large font ‘Our philosophy has been the key to our success.’

Sustainability is a huge principle in their corporate philosophy. Sea Star’s website is simple and straightforward but the reader is struck by the sincerity of the language and genuine tone of their statements. Sustainably is mentioned as often as quality.

Perhaps another reason Sea Star is still going strong is the fact that the Cunningham family has been in the fishing business since 1894. That’s a lot of experience to draw from.

Adlai grew up in a small town called The Hawk on Cape Sable Island, not far from Clark’s Harbour. Situated in Shelburne County, The Hawk is named after a schooner that was shipwrecked there in the 1800s.

The Hawk is known for having one of the sandiest beaches in Nova Scotia. It is also known because it is the second most southerly point of land in Canada with only the Point Pelee region of southwestern Ontario being further south.

Adlai was typical of most boys growing up in small-town Nova Scotia in the 1950s/60s. Life was wonderful. It was growing up in wide-open country spaces, filled with adventure and endless places and things to explore.

“We didn’t spend much time in front of a TV, that’s for sure,” he laughs, adding that they only had one channel to watch anyway.

Adlai didn’t wonder about career choices when he was young. Like most boys in his region back then, he knew he wouldn’t have any problem finding work after finishing school. And he didn’t. His older brother Fenton had his own fishing vessel at that time and there was a position just waiting for Adlai whenever he was ready.

Adlai fished for about 10 years but decided it wasn’t the life for him. After many chats with his brother and other family members he opted for a life onshore, but still in the fishing business. Sea Star Seafoods was incorporated in 1983 in a tiny 800 square-foot building on the same grounds where their much larger operation is located today.

In the 32 years since then, the company has grown to employ approximately 80 to 90 people year-round with as many as 100 at peak periods. But like a lot of Atlantic Canadian fish companies, holding on to employees is difficult now.

“Not many people want to work in fish plants these days,” he says.

He was also inducted into the Atlantic Canada Marine Industries Hall of Fame during the 2015 Eastern Canadian Fisheries Exposition in Yarmouth, N.S. in February. The Navigator Magazine and Master Promotions sponsor the awards.

Adlai is a soft-spoken man who downplays his personal accomplishments as being more ordinary than they actually are. Responding to a question about his sports interests he said; “I run a little bit.” Well, having run the famous Boston Marathon in 2006 and again in 2008 and 2009 and contemplating yet another one at age 62 is considerably more than running a little bit.

In later conversation he admits that running those three marathons while in his fifties were some of the best experiences of his adult life.

“I can only equate it to being like a young kid who always dreamt of playing in the NHL and then suddenly one day he’s there,” Adlai says, adding that the crowds and the excitement of the moment was absolutely thrilling.

He is also an avid bicyclist. He cycles about 60–70 kilometres a day several times a week and sometimes pedals 120 kilometres “when someone drags me into it.”

He doesn’t compete in cycling races, opting instead to just enjoy the “pleasure” of riding the countryside. “Competitive cycling can be pretty dangerous so I got out while I was still ahead and no broken bones.”

Adlai says cycling is a great contributor to his fitness and health.

“It’s about keeping fit so that I might enjoy life a little better when I’m older.”

Adlai has always had a sense of adventure also enjoys travelling. His job took him on several international assignments and now that he is scaling back his work commitments he is looking forward to having extra time to devote to seeing more of the places where he has already been and especially going to places he has not seen before.

“We are talking about countries in Asia and Europe but there are so many interesting places to see, it is difficult to decide on just one or two.”

Not everyone his age has had the foresight that Adlai possesses. His steadfast approach to operating his business and his personal life has positioned him well for his retirement, while at the same time, leaving the company in good shape to successfully continue the reputable work they started in 1983.

Many people could learn a thing or two from Adlai Cunningham and his team.

Brothers to the Rescue — Part II

No Replies to "Staying the Corporate Philosophy Course"