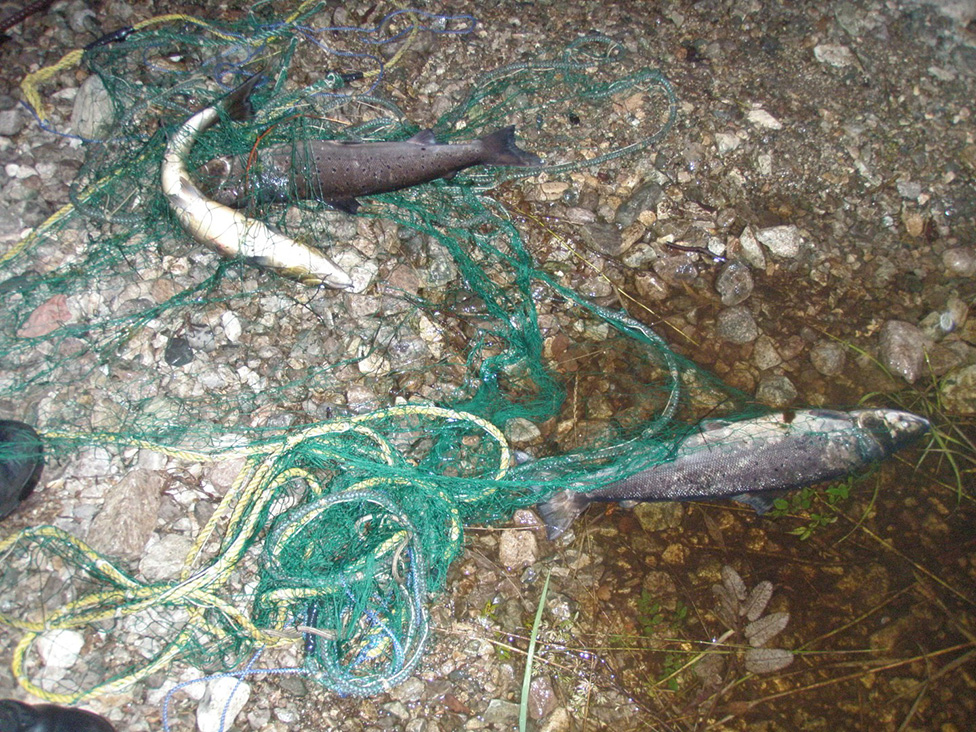 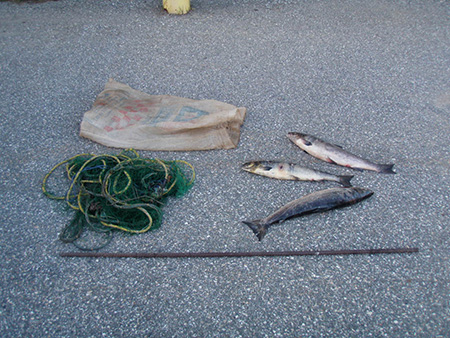 Francis White of St. Georges has been convicted on two separate counts of violating the Newfoundland and Labrador Fishery Regulations.

Also, Scott Curlew of Peterview has been convicted of netting salmon in inland waters contrary to Section 10(2) of the Newfoundland and Labrador Fishery Regulations. The offense was committed at Peter’s River, a scheduled salmon river, on August 9, 2014.

Mr. Curlew was convicted of the offense on April 10, 2015 in Grand Falls-Windsor Provincial Court and received a $3,000 fine. In addition to the fine, Mr. Curlew is prohibited for three years from being on at or near inland waters and a 1997 Mazda pick-up truck, a small boat, 7 salmon and 16 trout were forfeited to the Crown.

No Replies to "Stiff Fines for Salmon Poachers"